A breakthrough drug to combat Alzheimer’s disease could be available in the UK on the NHS as early as 2022.

Regulators in the US are set to approve Aducanumab – developed by multi-national biotech firm Biogen – in the coming days.

The drug helps untangle clusters of plaque in the brain, suggesting it could stop the progression of the disease.

Around one million Britons are affected by Alzheimer’s, which slowly destroys memory, thinking skills and the ability to carry out the simplest of tasks.

Clinical trials found that patients given Aducanumab showed an improvement in language skills and capacity to keep track of time. Those using the drug also saw a slower loss of memory.

The medicines currently available to treat Alzheimer’s only hide the symptoms of the disease and cannot slow its development. 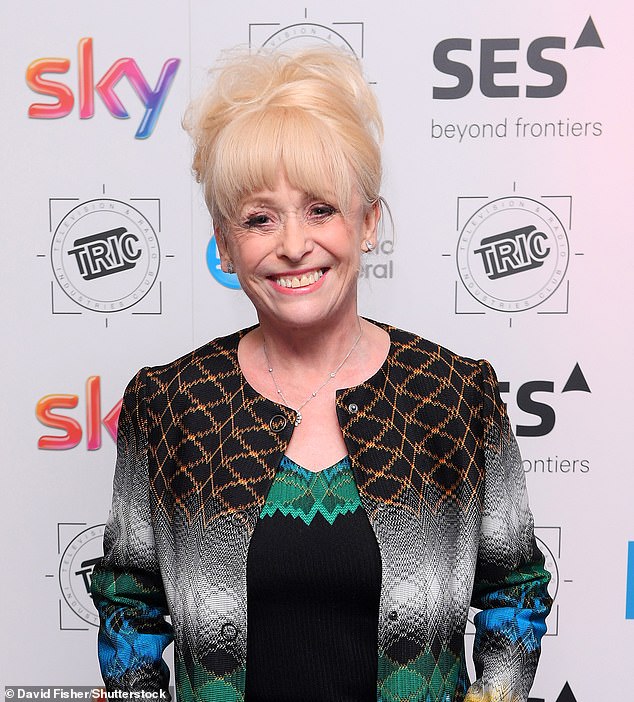 A breakthrough drug to combat Alzheimer’s disease could be available in the UK as early as 2022. EastEnders actress Barbara Windsor (pictured) had a long battle with Alzheimer’s before her death in December 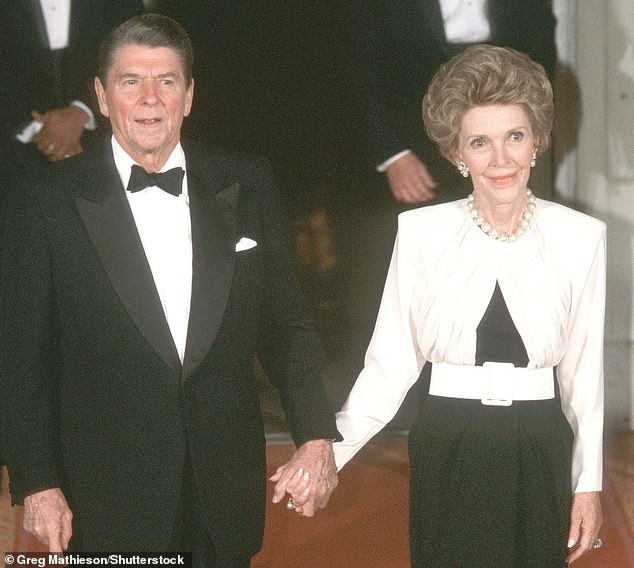 Regulators in the US are set to approve Aducanumab – developed by multi-national biotech firm Biogen – in the coming days. Pictured: Alzheimer’s disease sufferer and former President Ronald Reagan and his wife Nancy in 2016

If the drug is given the okay by regulators in the US next week, the UK could follow soon after.

Once the Medicines and Healthcare products Regulatory Agency (MHRA) approve Aducanumab, it could take around a year for the National Institute for Health and Care Excellence (NICE) to provide it for free on the NHS.

This relies on the drug being fast tracked, similar to the Covid-19 vaccines.

Director of research at Alzheimer’s Research UK Dr Susan Kohlaas said the drug provided ‘huge hope’ – and urged the regulatory body to push ahead with the sped-up approval process without the usual administrative delays.

Dr Kohlaas told the Mirror: ‘There is huge hope in dementia research now.

‘It’s really important that we start to see the first disease modifying therapies for dementia come through. 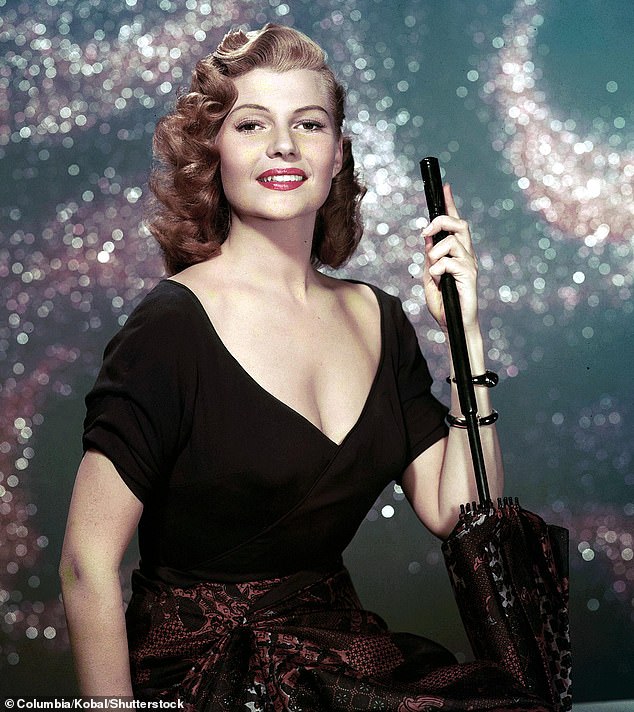 The drug helps untangle clusters of plaque in the brain, suggesting it could stop the progression of the disease. Pictured: American actress and dancer Rita Hayworth also suffered from Alzheimer’s disease before her death

‘This could be a really important step in changing the whole research field.’

Alzheimer’s contributes to the cause of dementia in around 60 to 70 per cent of cases.

Drugs currently on the market for Alzheimer’s include Aricpet – which encourages communication between functioning nerve cells in the brain – Reminyl, Exelon and Memantine.

None of these aid patients’ decline.

Aducanumab targets amyloid, a protein that builds up in the brains of Alzheimer’s patients.

Normally these proteins circulate in the blood, but if they become sticky they can clump together, forming what are known as plaques in the brain.

It is thought that in some people with Alzheimer’s, too many of these toxic plaques form, while in others something happens which stops the plaques being flushed away as they should.

Scientist believe that these plaques are at least partially responsible for memory loss and cognitive decline. 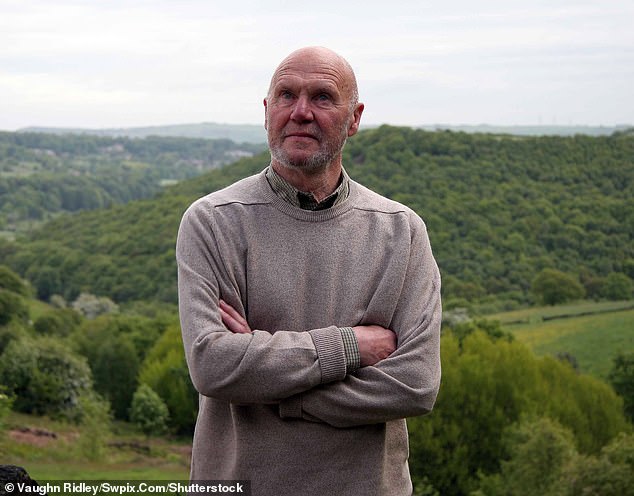 Ray Wilson, who played football for England and was a member of the 1966 World Cup winning team, lived with Alzheimer’s disease for 14 years before his death 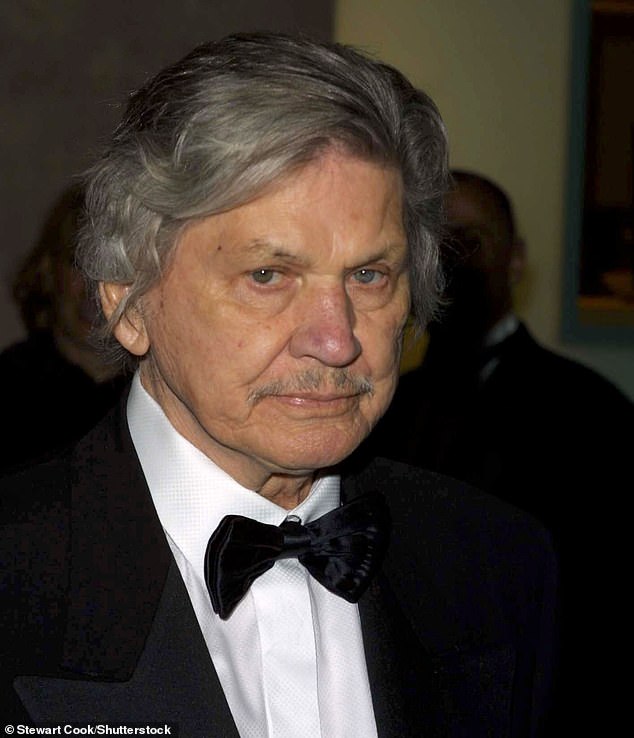 The family of Charles Bronson, best known for his role in the Death Wish films, revealed he was battling Alzheimer’s disease in 2001

Aducanumab, fed into the bloodstream via a drip, works by sweeping away these plaques to prevent damage.

An initial trial found Aducanumab was safe, significantly reduced levels of amyloid and reduced the rate of cognitive decline.

But huge disappointment came after a second, larger study, launched in 2017, was abruptly stopped a year in when early analysis of one branch of the trial suggested the drug was not working.

But when Biogen analysed all patients given the highest doses for the longest amount of time, from both branches of the trial, it found positive results.

Dr Catherine Mummery – a dementia expert from University College Hospital – London, who led the UK arm of the Biogen trial, earlier said: ‘The research community is very cautious, although optimistic.

‘Some people will call what Biogen did data manipulation, and others will agree it supports their original findings But the fact is that there are people who believe they’ve had a fantastic result.’

Dr Mummery said the Aducanumab results proves there is a link between the amount of amyloid in the brain and the level of decline – which opens the doors for other drugs to be developed.