A quick-thinking driver managed to catch a rogue fast-moving tyre just before it hit and smashed his car windscreen.

Incredible footage captured earlier this month shows the moment a man gets out of his car and grabs the tyre which has flown off a vehicle on the opposite side of the road.

An oncoming silver car turns the corner in Samara, Russia, and suddenly the back wheel comes off and starts hurtling towards traffic on the other side. 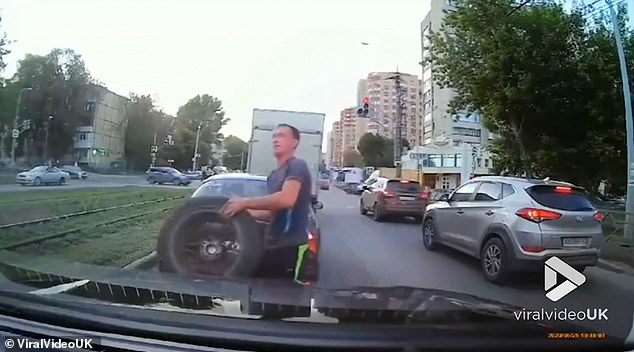 A fast-thinking driver managed to stop his car from being damaged  by catching a rogue tyre came off a car in Samara, Russia

The car soon realises and comes to a stop but there is little they can do to prevent it from damaging other vehicles which are stuck at the traffic lights opposite.

The rogue tyre rolls quickly over the road and when it hits tracks, which run through the middle, it is propelled higher in the air and builds more momentum.

In a bid to stop his car getting hit, the fast-thinking man runs towards it, catches it in his arms just in time and places it on the ground.

He told ViralVideoUK he jumped out of his car because he feared the tyre would smash his windscreen. 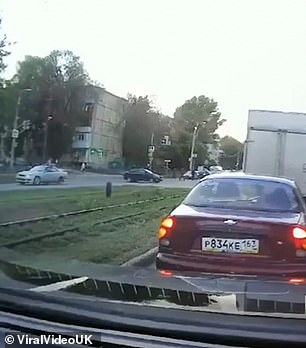 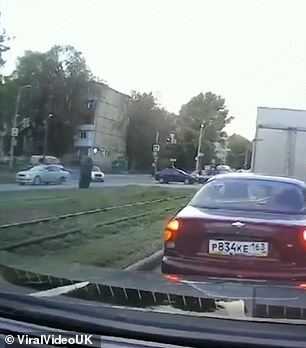