Drink driving chef, 47, who was almost five times over the limit avoids jail after claiming she got drunk to cope with single-handedly feeding 120 youngsters at children’s nursery

A chef who was caught drink driving whilst almost five times the alcohol limit has escaped jail after she claimed she got drunk to cope with single-handedly feeding 120 young people at a children’s nursery.

Mother-of-three Simone Morrall, 47, was detained last month after she crashed her Mercedes C220 when trying to reverse it out of a disabled parking space after an afternoon in the pub.

A motorist called police after Morrall accidentally hit his car whilst she was pulling out of the supermarket car park and he confiscated her keys.

Police called to the Co-op store near her home in Cheadle Hulme, near Stockport, Greater Manchester found her slumped over the wheel and asleep in a drunken stupor. 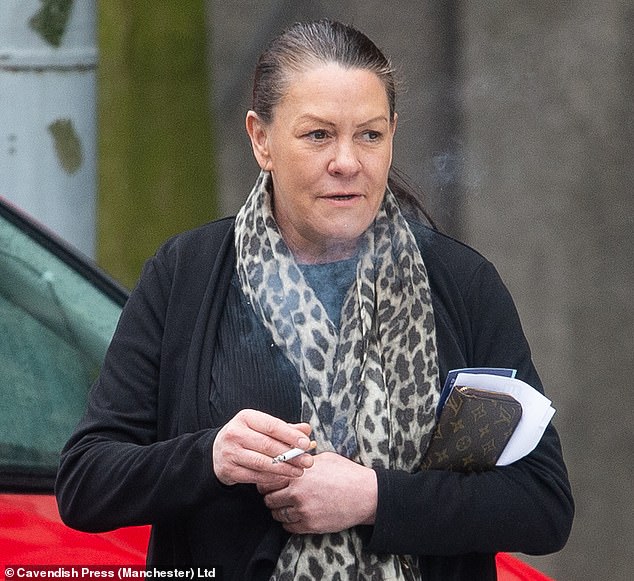 Mother-of-three Simone Morrall, 47, pictured outside Stockport magistrates court, was detained last month after she crashed her Mercedes C220 when trying to reverse it out of a disabled parking space after an afternoon in the pub.

Tests showed she had 153 microgrammes of alcohol in 100 millilitres of breath. The legal limit is 35mg.

At Stockport magistrates court Morrall who earns £600 a month working at a day care nursery in the area admitted driving with excess alcohol.

But she was sentenced to 12 weeks jail suspended for a year after she said she had felt ‘isolated’ at work due to her employer turning down her pleas to hire an assistant to help her in the kitchen.

It was her second drink driving conviction and she was banned from the roads for three years. She is now expected to lose her job. 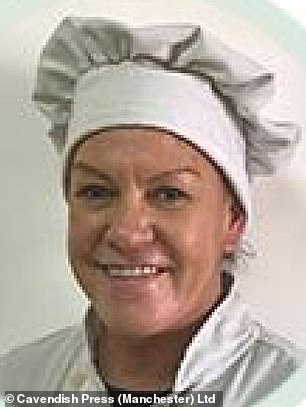 The incident occurred on February 6 after Morrall had moved into a friend’s flat after splitting with her partner.

Prosecutor Miss Tina Cunnane said: ‘At 6.50pm police were contacted and asked to attend a traffic road collision after a man said he had seen a driver of a Mercedes vehicle reversing into his car.

‘Police attended and spoke to the male who had seen the driver of the Mercedes trying to reverse out of the car park out of the Co-op – attempting numerous times to do so.

‘He went to initially assist her but as he did so the vehicle reversed into his car. He then stood in front to stop the driver getting away as he believed that she was drunk and removed the keys from the vehicle.

‘He then waited for the police to attend and when they arrived she was asleep.

‘When she woke up she was confused and looked unfocused, slurring her words and they could smell intoxicants coming from the vehicle. She was then arrested.’

The court heard Morrall had a previous drink driving conviction from 2004, for which she was banned from driving for two years.

Defence lawyer Robert Stewart said: ‘Miss Morrall takes full responsibility for her actions and she doesn’t seek to try to justify what she did. 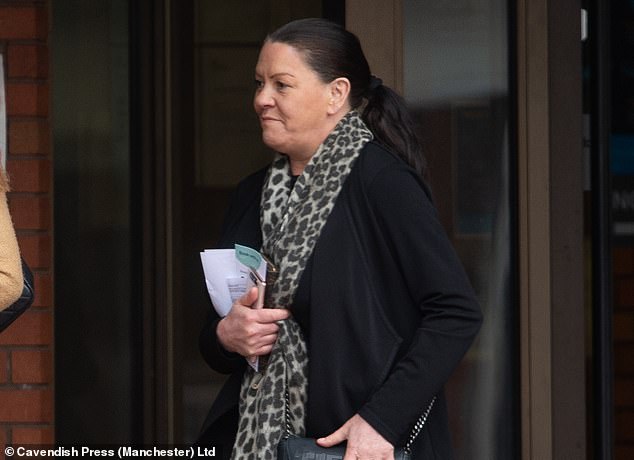 At Stockport magistrates court Morrall, pictured, who earns £600 a month working at a day care nursery in the area admitted driving with excess alcohol

‘She’s extremely embarrassed to find herself back in this situation and it’s a situation she never dreamt of being in – particularly with the level of the reading.

‘She is truly remorseful and does have a good understanding, of the potential consequences and ramifications of her actions that evening.

‘She has not caused injury to anybody or damaged the complainant’s vehicle – but she realises she’s lucky in that situation’.

Mr Stewart added Miss Morrall was fully compliant with police at the station and had entered timely guilty pleas.

He said: ‘She has been using alcohol to deal with what she’s been going on in her personal life. A relationship of four years ended six months prior and she moved areas and moved in with her friend.

‘She felt isolated and had difficulties at work where she is a chef for 120 children.

‘She was speaking about the need for assistance and that she needed someone to assist her.

Morrall was also ordered to complete a 12-month community order, a six-month alcohol treatment programme and 120 hours of unpaid work.

She will also have to pay costs and surcharges of £207.