THIS is the moment a former college football player punched a truck’s windshield to rescue a woman trapped inside. 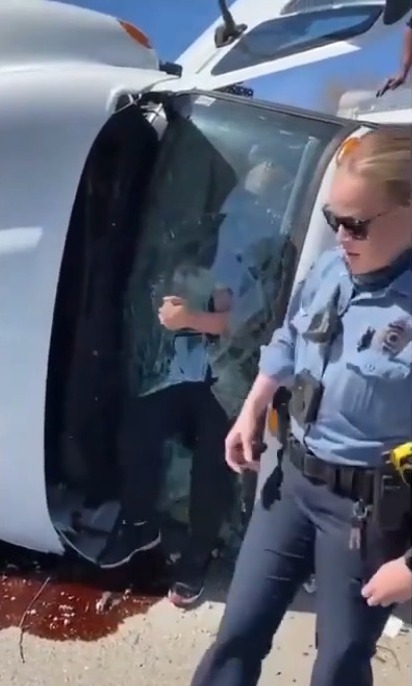 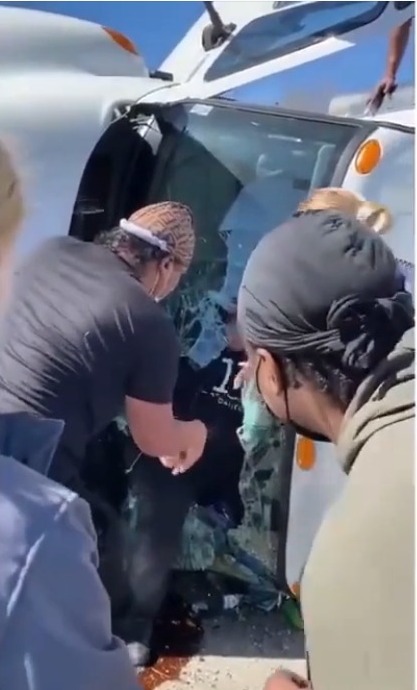 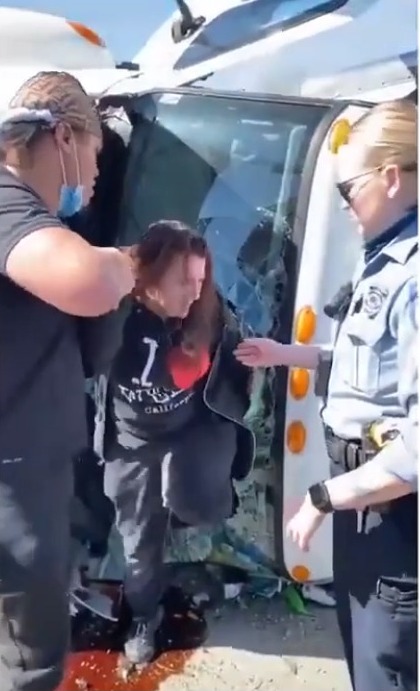 Yahucca told Storyful: “My friend jumped inside without me knowing and started to help the lady out because she was stuck. I started recording without him knowing.”

He added: “Everyone was okay thanks to my friend who is the hero and made sure she was good.”

It is not known how the truck came to be lying on its side.

In the dramatic footage Lee, who lives in Sacramento, California, can be heard telling a policewoman near the windshield to “watch out” as he punches it.

His friend then warns him “be careful, Nick” as he starts to break through the glass.

Lee then can be seen emerging through the windshield and starts to try to make the hole bigger as a woman’s voice can be heard saying: “Thank you. Thank you so much.”

Lee then helps the woman in the truck to get out of the cab and she is hugged by a friend.

The friend then also gives a hug to Lee, thanking him for his heroic effort.

Sacramento fire men can also be seen attending to Lee over what appears to be a few minor cuts.

The footage ends with a man’s voice saying: “He got the lady outta there” while the camera focuses on the upturned truck.

On Twitter, Lee wrote: "So over the weekend my friend @lalosboxing and I came across an accident and I know notice there was a lady stuck in the truck.

"Before law enforcement/fire department arrive, I decided to help With that being said the lady is fine from what I was told . Also my hand is fine." 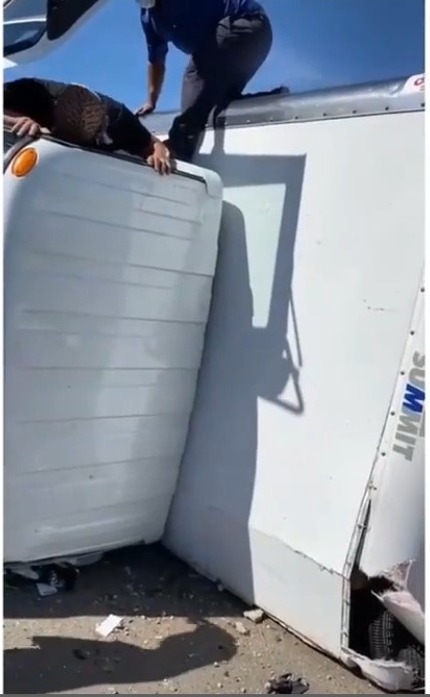 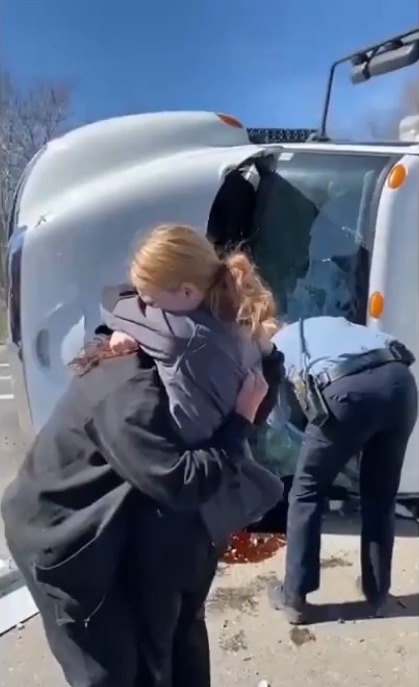 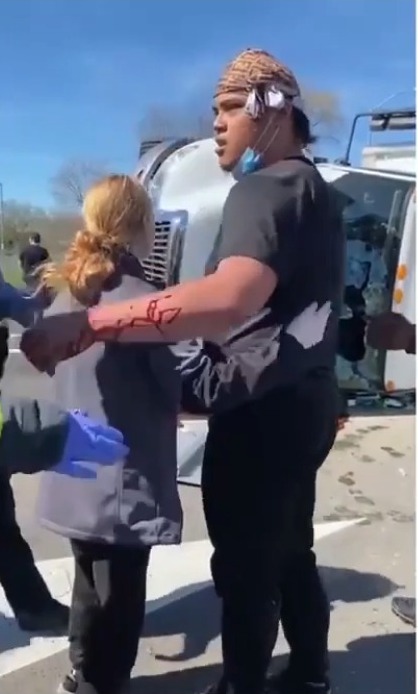