THE dramatic moment Taliban fighters charged at a CNN reporter and brandished AK-47s at her crew while demanding she cover her face was caught on camera.

Clarissa Ward was reporting from Kabul Airport on Wednesday when she was approached by a Taliban fighter holding a truncheon who demanded through an interpreter that she hide her face. 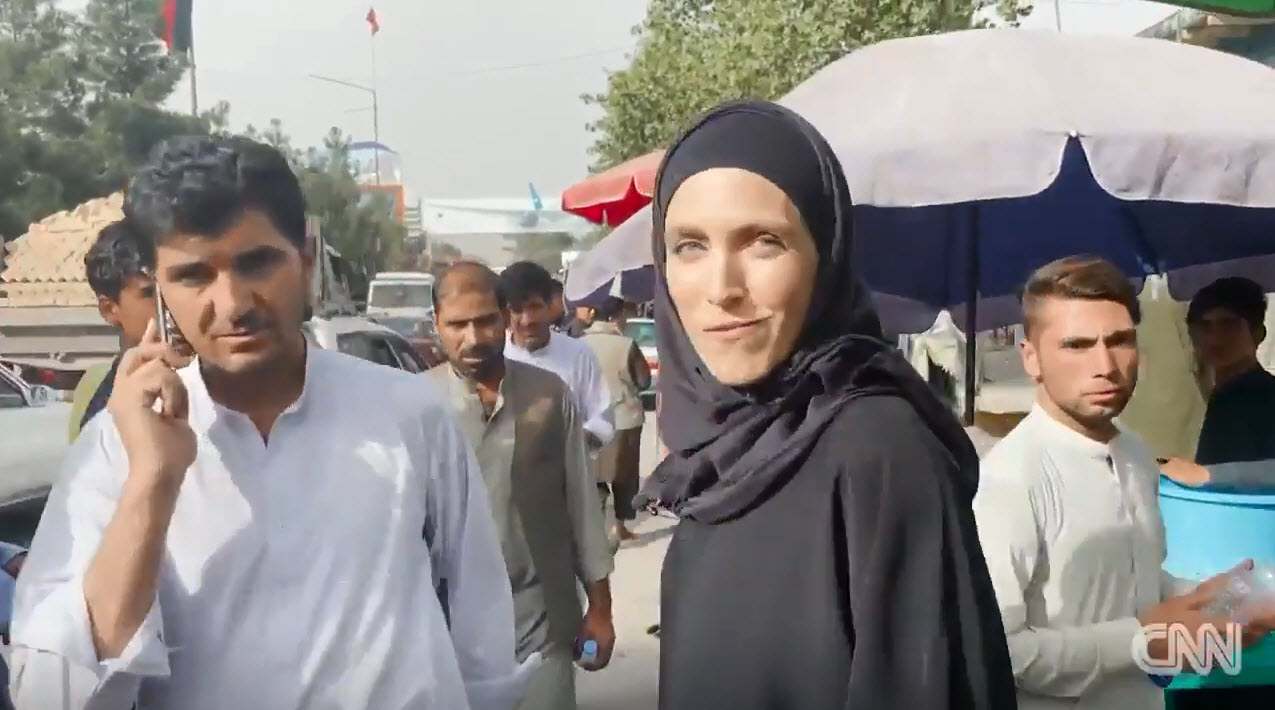 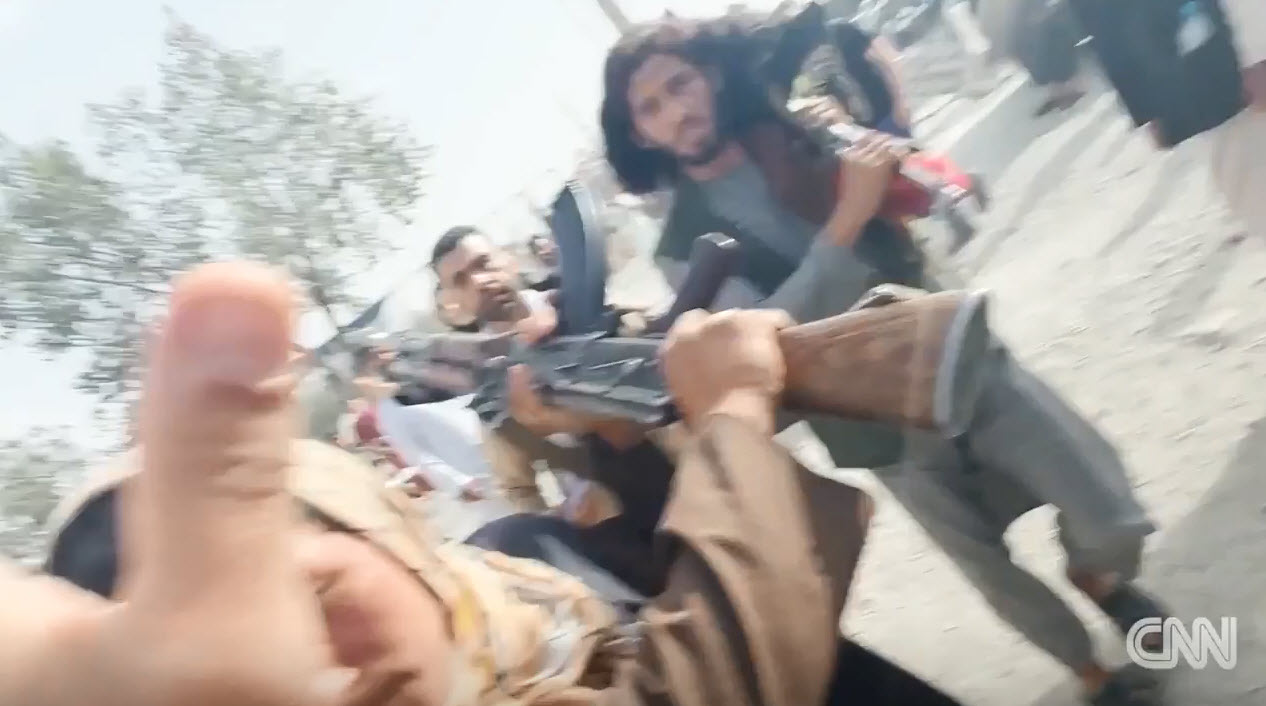 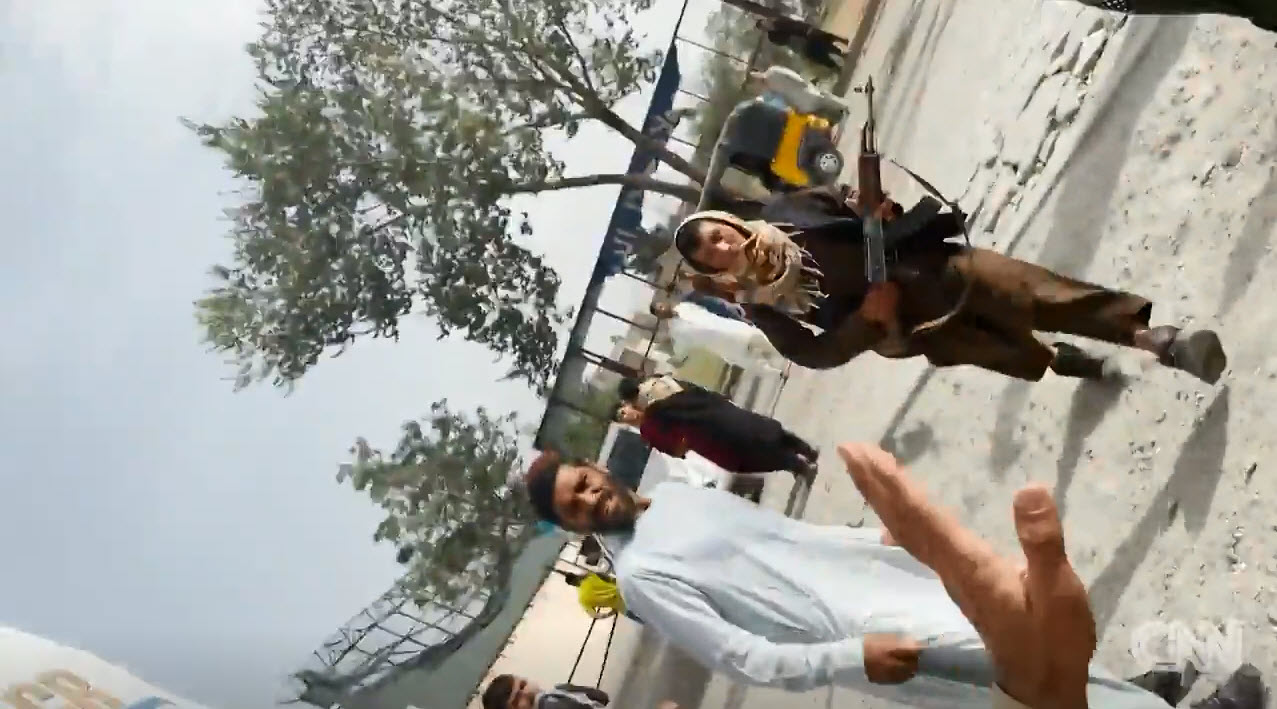 She told those watching that he was claiming the US is to blame for the chaotic scenes as Afghans try to enter the airport and flee the country.

“The cause of all this is America in Afghanistan,” he reportedly told her.

“Look at these people. America is really acting unfairly toward them. Why are they lying and telling them they can go to America? Why don’t they stay and help their country?”

Ward was then reportedly told that the fighter did not wish to speak to her.

She tells viewers her crew is leaving to avoid confrontation but they were followed by Afghans desperate to show off their paperwork and ask for help in gaining access to the airport.

“I don’t want this guy to whip you,” she tells one man as she calls on him to move forward and more angered Taliban fighters approach.

“He worked in American camps and can’t get into the airport,” she says.

“Taliban fighters are a little upset with us,” Ward continues.

She and the crew decide to move back to the car as Taliban fighters take the safety off their AK47s and push through the crowd.

Ward is urged to “stay behind him [the fighter].”

“These Taliban fighters are hopped up on adrenaline or I don’t know what, it’s a very dicey situation,” she says before they are suddenly rushed.

The Taliban are seen raising the but of their rifles toward CNN producer Brent Swailes.

“When the fighters are told we have permission to report, they lower their weapons and let us pass,” Ward narrates over the footage, as her team is shown rushing toward the car. 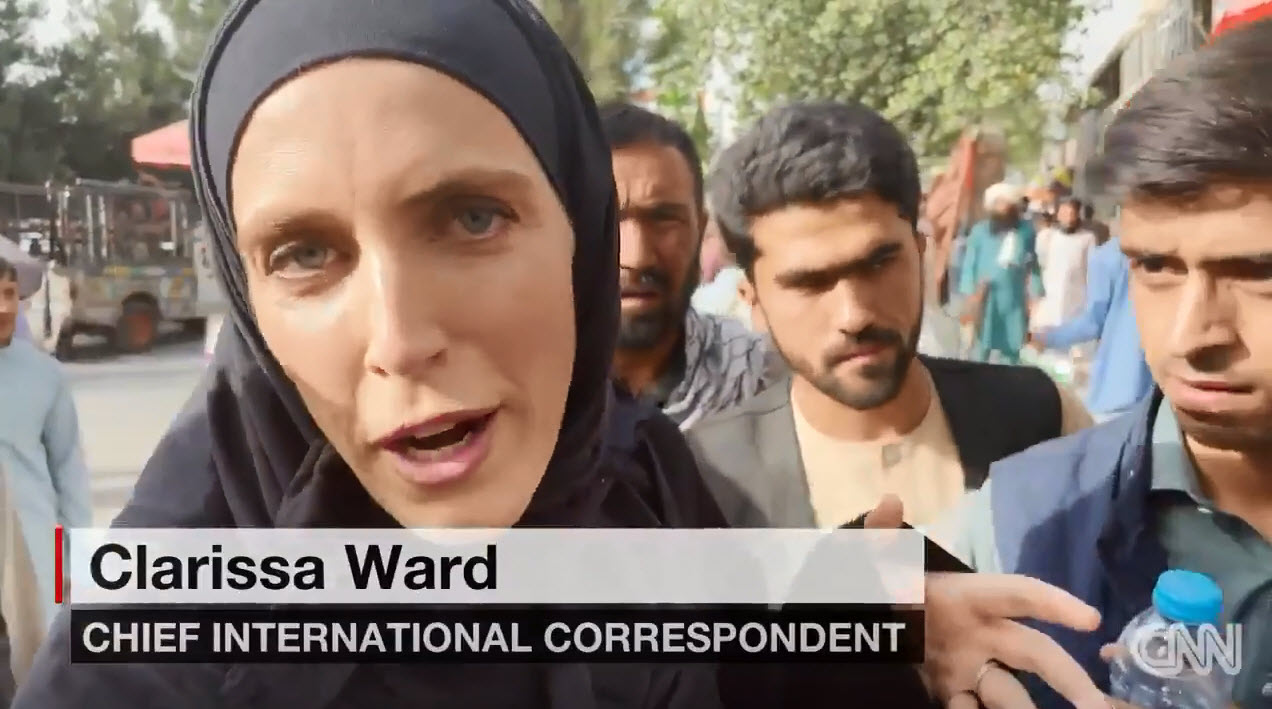 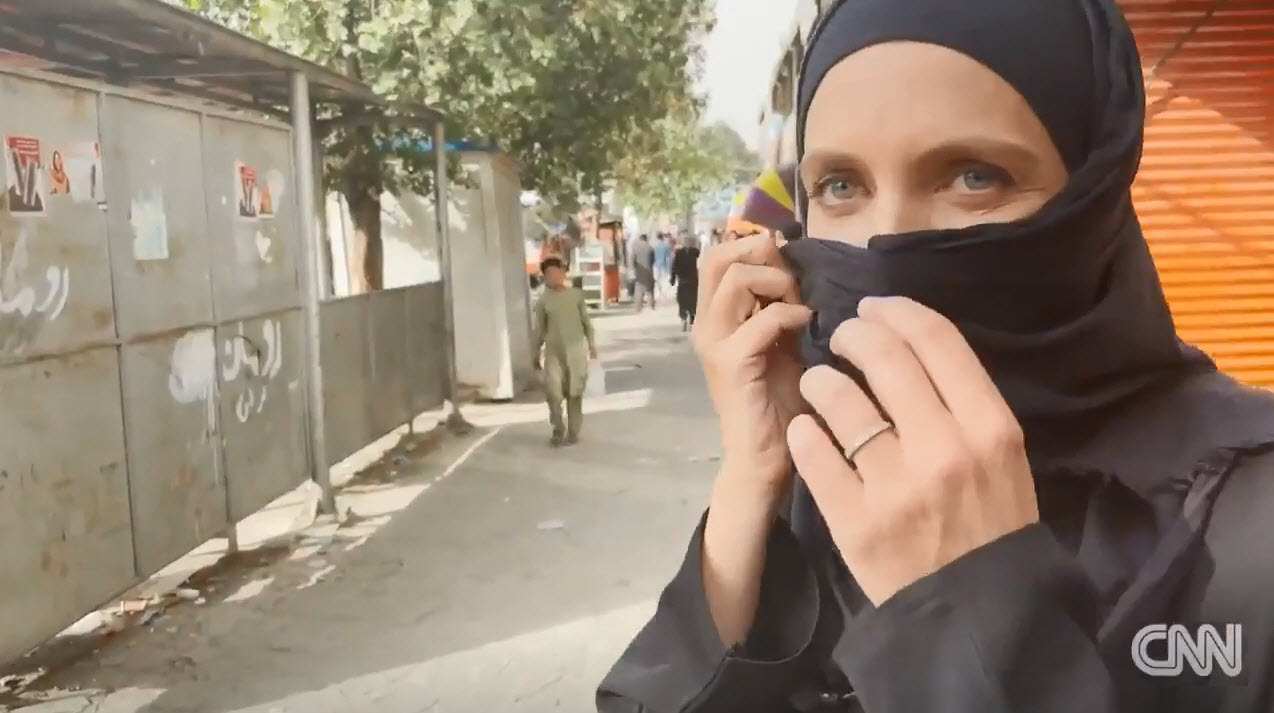 “You can imagine, this is us, a news crew, clearly western, and still exposed to insanity,” she states.

“If you’re an ordinary Afghan trying to get through those Taliban guards and trying to get into the airport, I don’t really see how you’re able to get in unless you have some kind of contact or connection but the infrastructure isn’t really in place to do that.

“As a result,  you have all these poor people sitting outside the airport for days on end now and it’s their last hope but there’s no real hope.”

It comes just days after Taliban fighters threatened to pistol-whip Swailes while he carried out another report with Ward.

On Thursday, President Joe Biden was accused of telling “bald-faced lies” as he defended his handling of the crisis in Afghanistan in a car crash interview about Kabul.

The president snapped at photographs that showed stowaways falling to their deaths as they tried to escape the Taliban on US planes.

Biden didn’t appear to show any regrets following the chaotic scenes in Kabul that saw US diplomats hastily evacuated as insurgents seized the capital on Sunday.

Critics compared the retreat to the "fall of Saigon" in 1975 that effectively ended the Vietnam War.

Biden told ABC on Wednesday: “No, I don't think it could have been handled in a way that, we're gonna go back in hindsight and look.

Biden was probed on the pictures of the chaos seen at Kabul airport earlier this week that saw stowaways fall to their death and desperate Afghans crushed in a stampede.

He told George Stephanopoulos: "That was four days ago, five days ago!"

The president said he thought "we had to gain control of this" when he first saw the scenes emerging from Kabul.

Biden also told ABC that troops would stay in Afghanistan beyond August 31 if not all Americans had been evacuated by that date.

Last month, the president said the US military mission in the war-torn country would've ended by that date.

He previously made the commitment to bring all US troops home by the 20th anniversary of 9/11.