THIS is the moment a fugitive Brit wanted for his alleged role in a murder plot is nabbed by police in Spain.

The man is understood to be Jamie Rothwell, who was being hunted by UK cops for allegedly conspiring to murder two men. 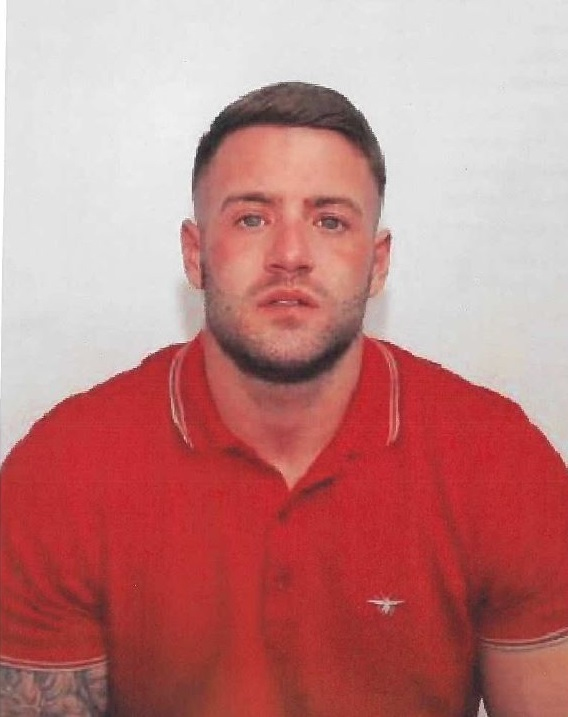 Rothwell was tracked down to the flat in Sant Adria de Besos, Barcelona, and held after a surveillance operation by Spanish cops.

A European Arrest Warrant had been issued for Rothwell, from Salford, in October.

Two men are then cornered and left sat handcuffed on a sofa.

Rothwell is thought be the heavily-tattooed one of the pair who was barefoot and wearing grey tracksuit bottoms.

He was led away before other officers began searching the property – including under the bed.

Cops said they seized a large amount of cash.

Rothwell was filmed wearing the same tracksuit bottoms and a black T-shirt which had the words ‘Addicted to training’ across the front as he was escorted away by two cops.

The identity of the second man pictured in handcuffs with him at his property has not been made public. 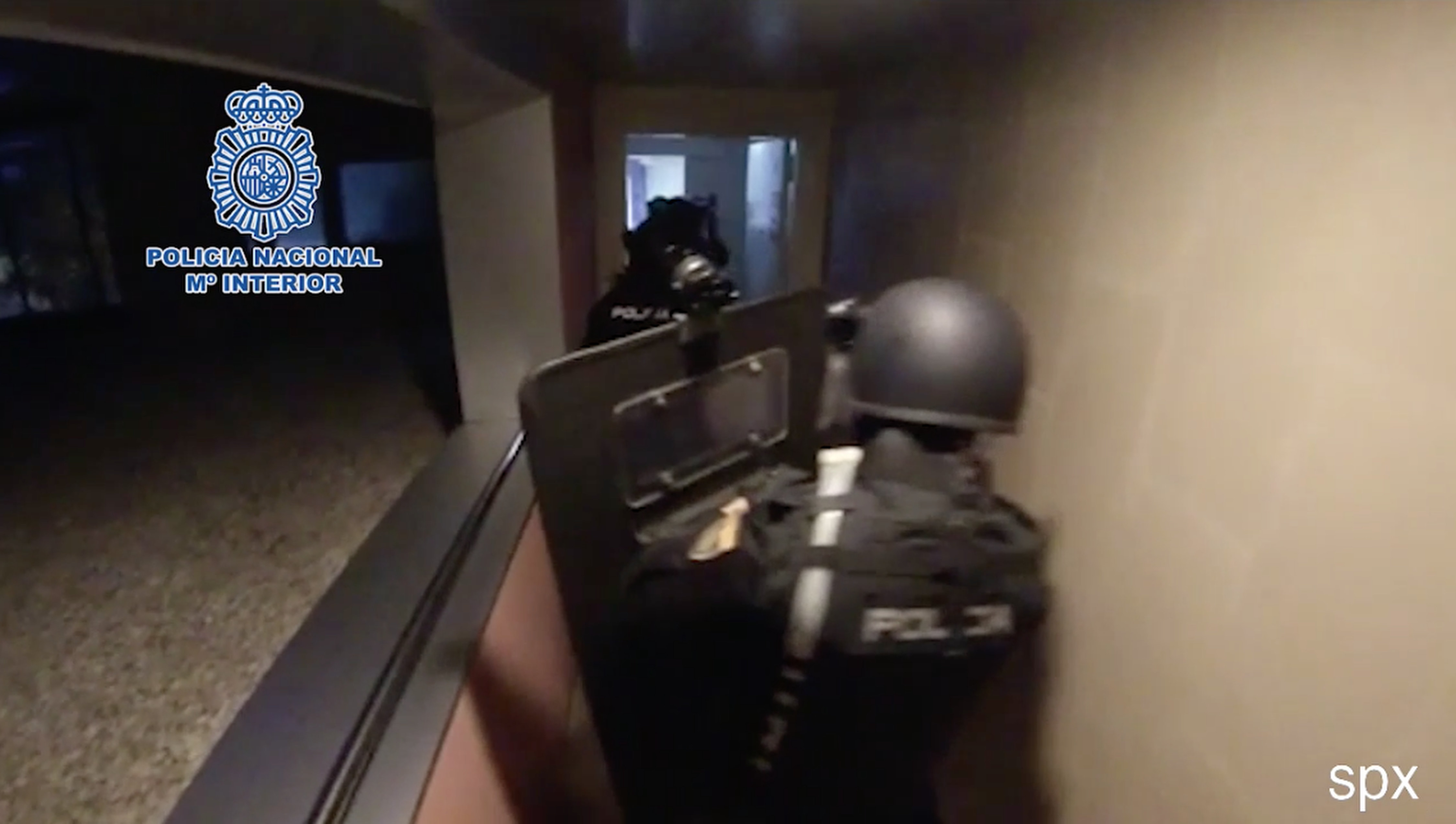 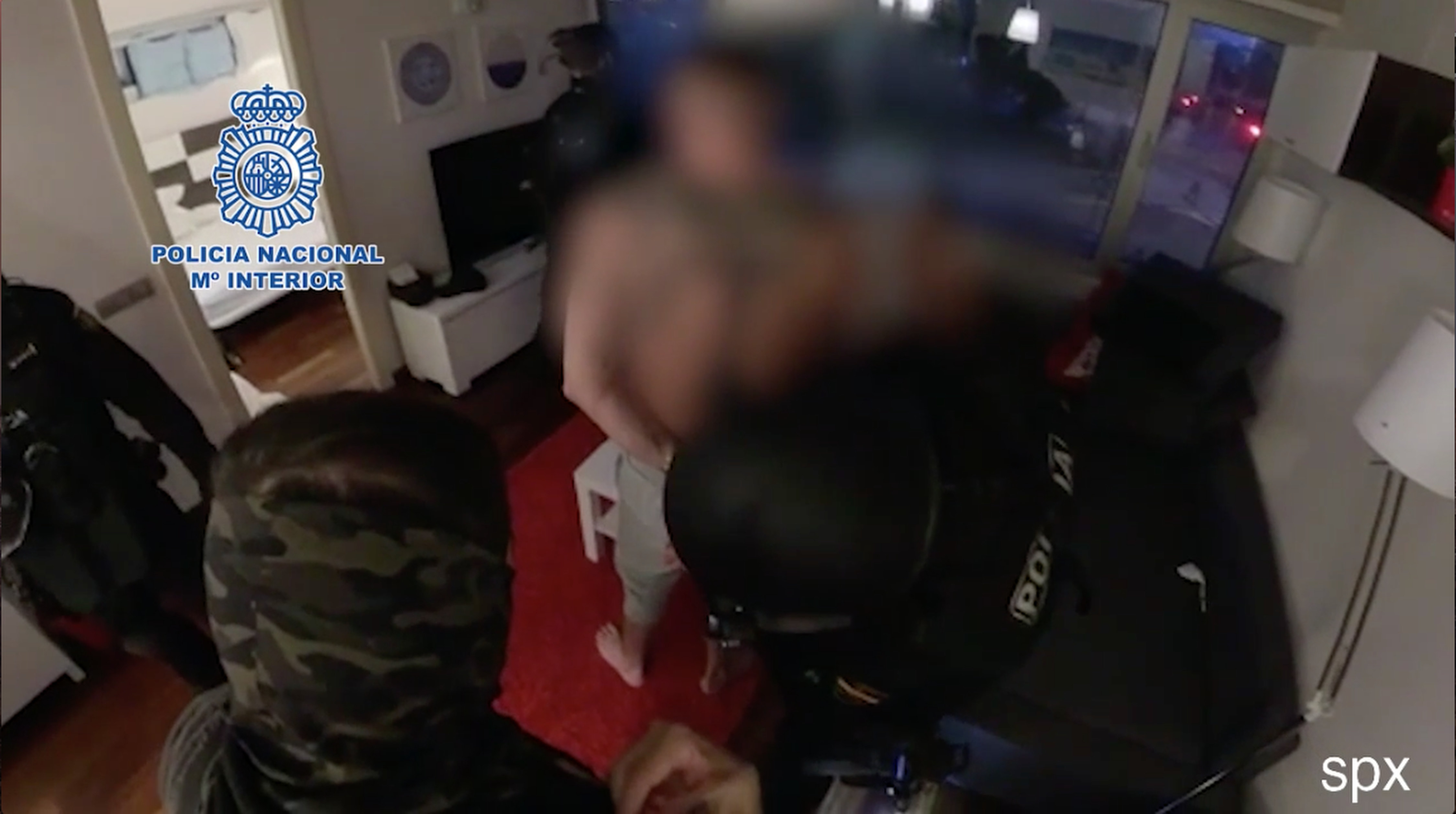 Spanish police have described the Brit they arrested  as “one of the UK’s most dangerous fugitives" although they didn’t officially name him.

Cops said: "He is considered to be a very dangerous and armed fugitive who is facing the possibility of a life sentence for his alleged involvement in several violent incidents between organised crime gangs in Salford in 2015.”

British police first went public with the arrest on Tuesday.

Matt Horne, NCA deputy director of investigations, said: “The arrest of a fugitive over exceptionally serious allegations is a great result.

“It’s an example of how the agency and our international partners work to protect the public, and even during the coronavirus when there’ve been greater hurdles to overcome, the NCA has remained relentless in leading the UK’s fight against serious organised crime.” 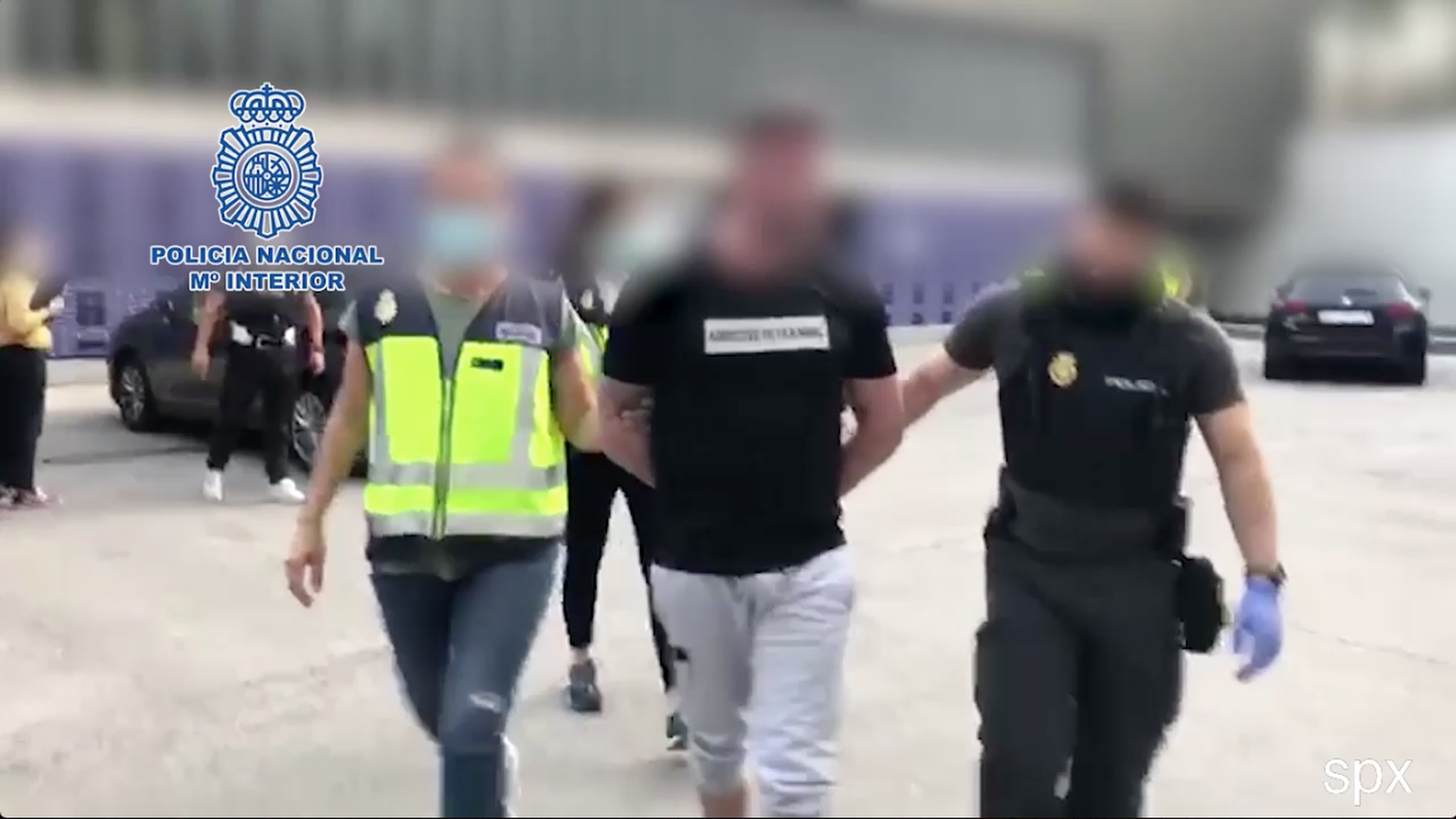 “Operation Leopard is a collaborative operation which utilises specialists from GMP’s major incident team and serious and organised crime group.

“This arrest wouldn’t have been possible without an excellent working relationship between GMP, the Crown Prosecution Service, National Crime Agency and the Spanish authorities.”

The arrest was carried out with the help of elite Special Operations Group, who are often called on to rescue hostages or take out terrorists.

The Spanish police spokesman said: “During the search of the property electronic equipment, cash and documentation catalogued as very important to the UK police investigation, was confiscated.”

Rothwell has already appeared in court and been remanded, and is due to reappear at court to face extradition proceedings at a date to be confirmed.