THIS is the dramatic moment a diner pulled his handgun on armed Black Lives Matter protesters during a rally campaigning against the death of Breonna Taylor.

The unnamed man is thought to have been eating at the French restaurant La Chasse in Louisville, Kentucky on Saturday night as he was confronted by around 50 demonstrators. 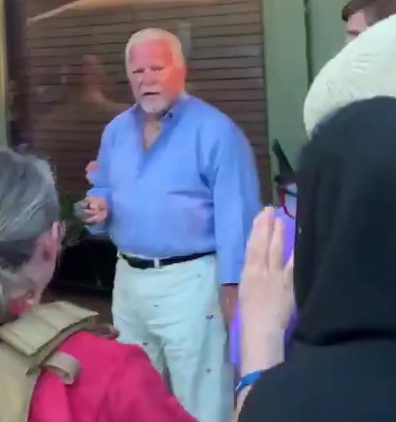 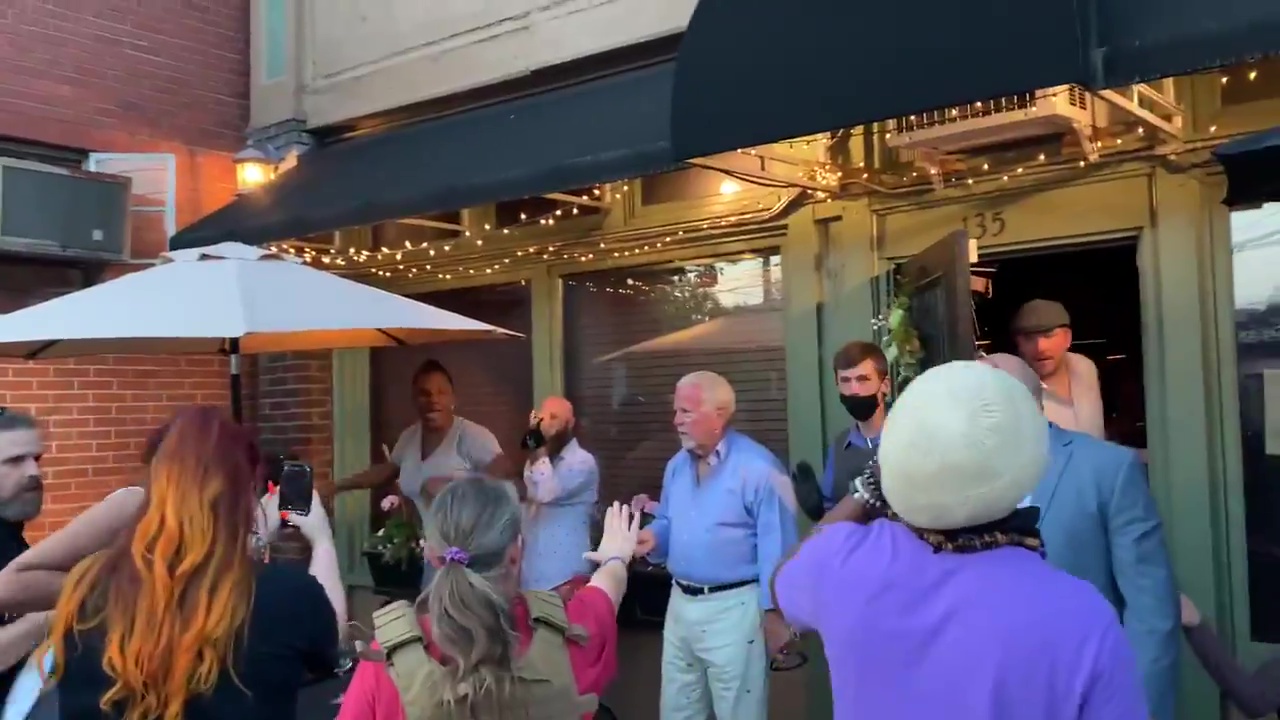 It's thought they were protesting against the death of Breonna Taylor – who was killed by police at her home last year.

Footage shows the man dining on the patio of the restaurant as he points the gun at the protesters, some of whom were armed.

Kentucky is an open carry state so neither the diner nor the protesters were acting unlawfully.

There appears to be no evidence from the video that the man was threatened, TMZ reports.

Other protesters intervened and told them to move away from the man before police cruisers arrived, The Courier-Journal reports.

At least five people were arrested in connection with the incident. Charges range from possession of a handgun by a convicted felon, failure to disperse, and evading police, according to TMZ.

Officers were reportedly surrounded while arresting one woman who refused to stand and walk on her own.

The man with his pistol drawn does not appear to have been arrested. 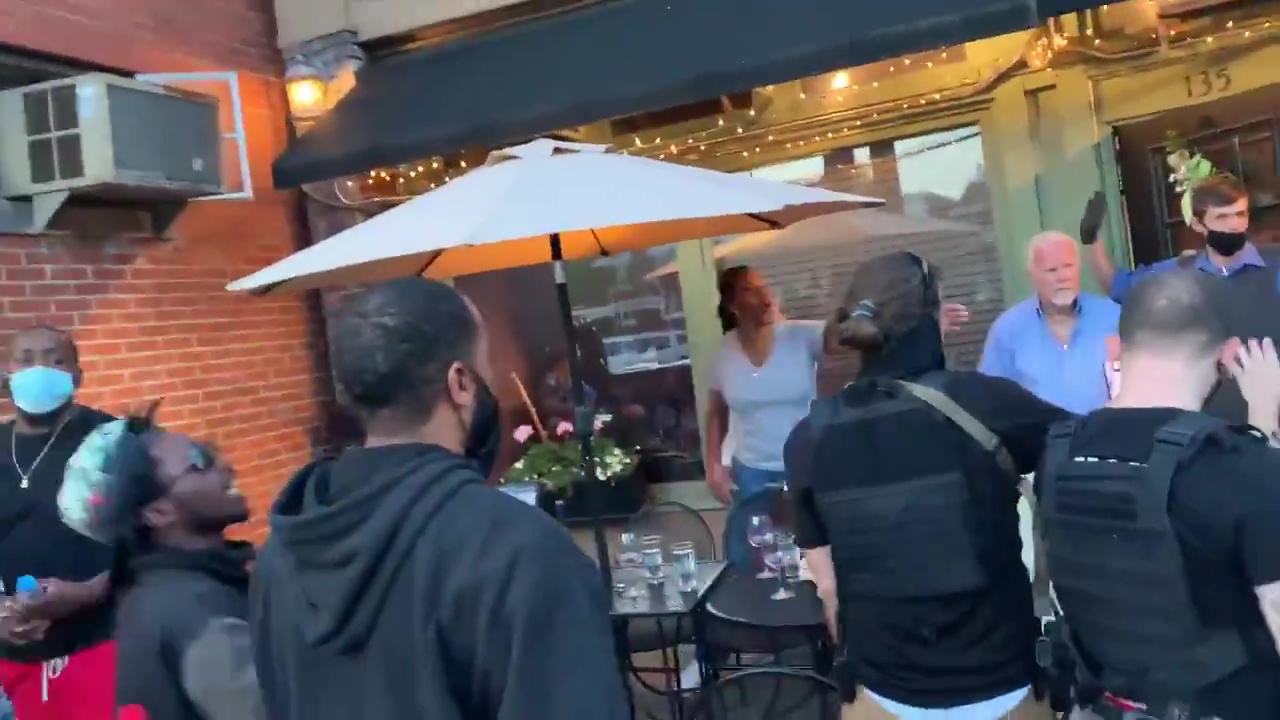 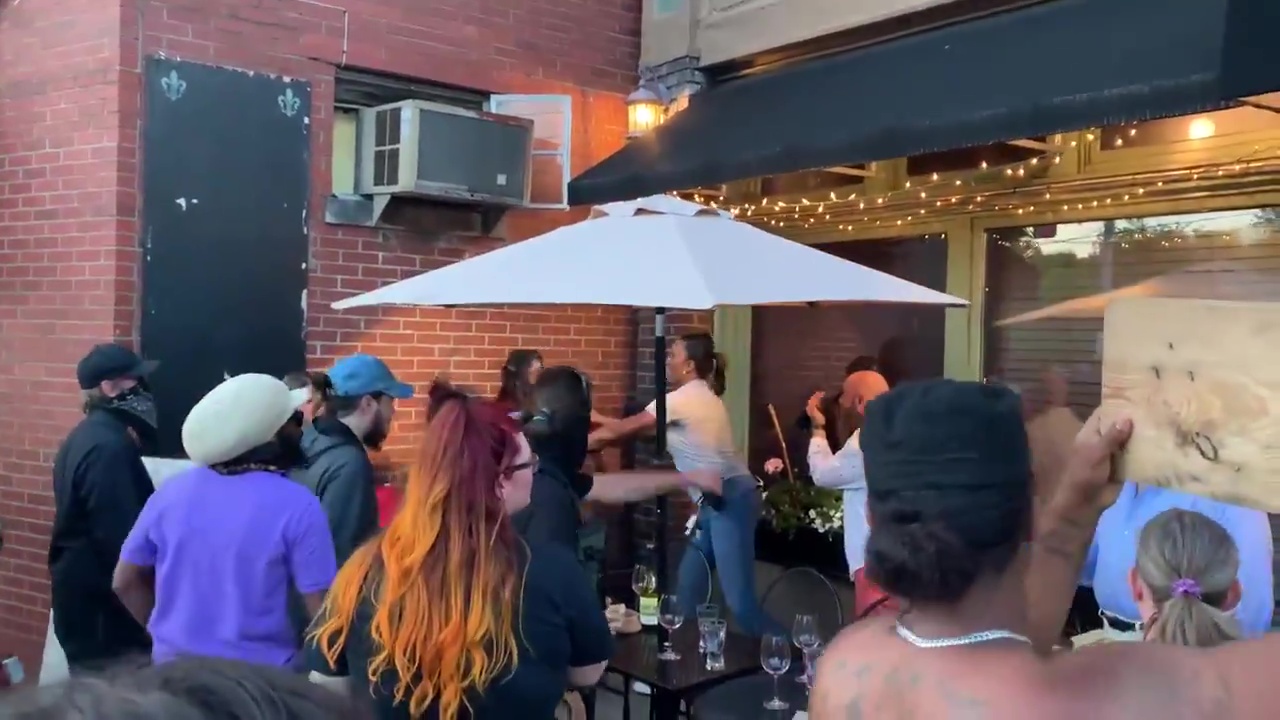 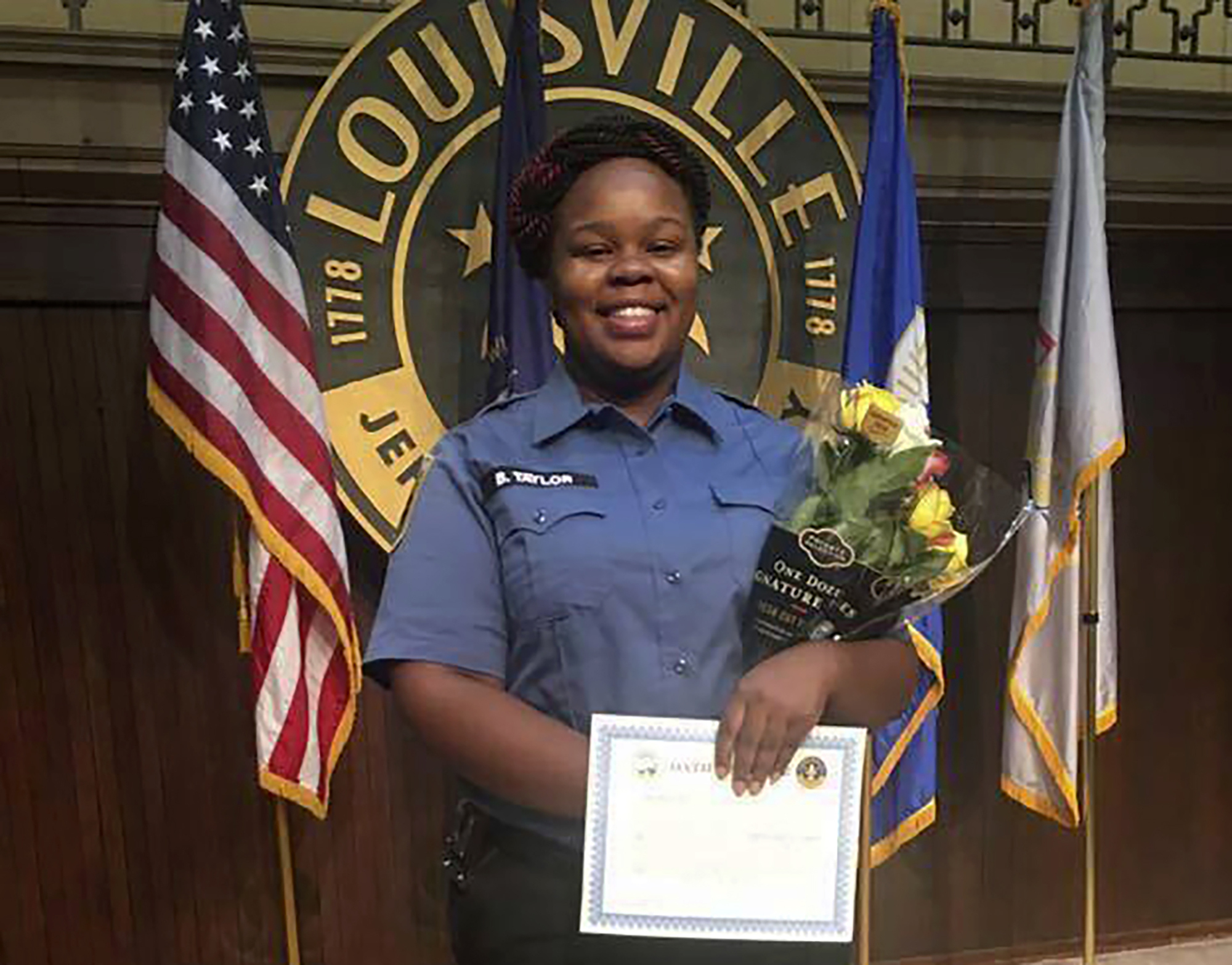 Demonstrators rallied against the death of Breonna Taylor, who was shot dead by police at her home in Louisville last March.

The frontline medic, who worked for two local hospitals, had no criminal history.

She was killed by officers when they executed a no-knock warrant at her apartment as she slept with her boyfriend Kenneth Walker.

According to a lawsuit filed by her family, her killing was the result of a botched drug-warrant execution.

But the man was arrested in a separate raid ten miles away on the same night officers broke into her apartment.

Leaked documents reveal Glover had mail sent to Taylor's address, gave her phone number as his own, and used a car she hired that was later connected to a murder.

But no drugs or cash were found at Taylor's home.

Taylor's boyfriend Kenneth Walker – who was not the man wanted by cops – fired one shot with his legally held weapon, claiming he thought they were burglars.

No cops were charged for Taylor's death – leading to unrest in Louisville following the decision.

According to police data, the number of murders, rapes, and robberies in Louisville had increased by more than 80 per cent above the five year average for January and February, Fox News reports. 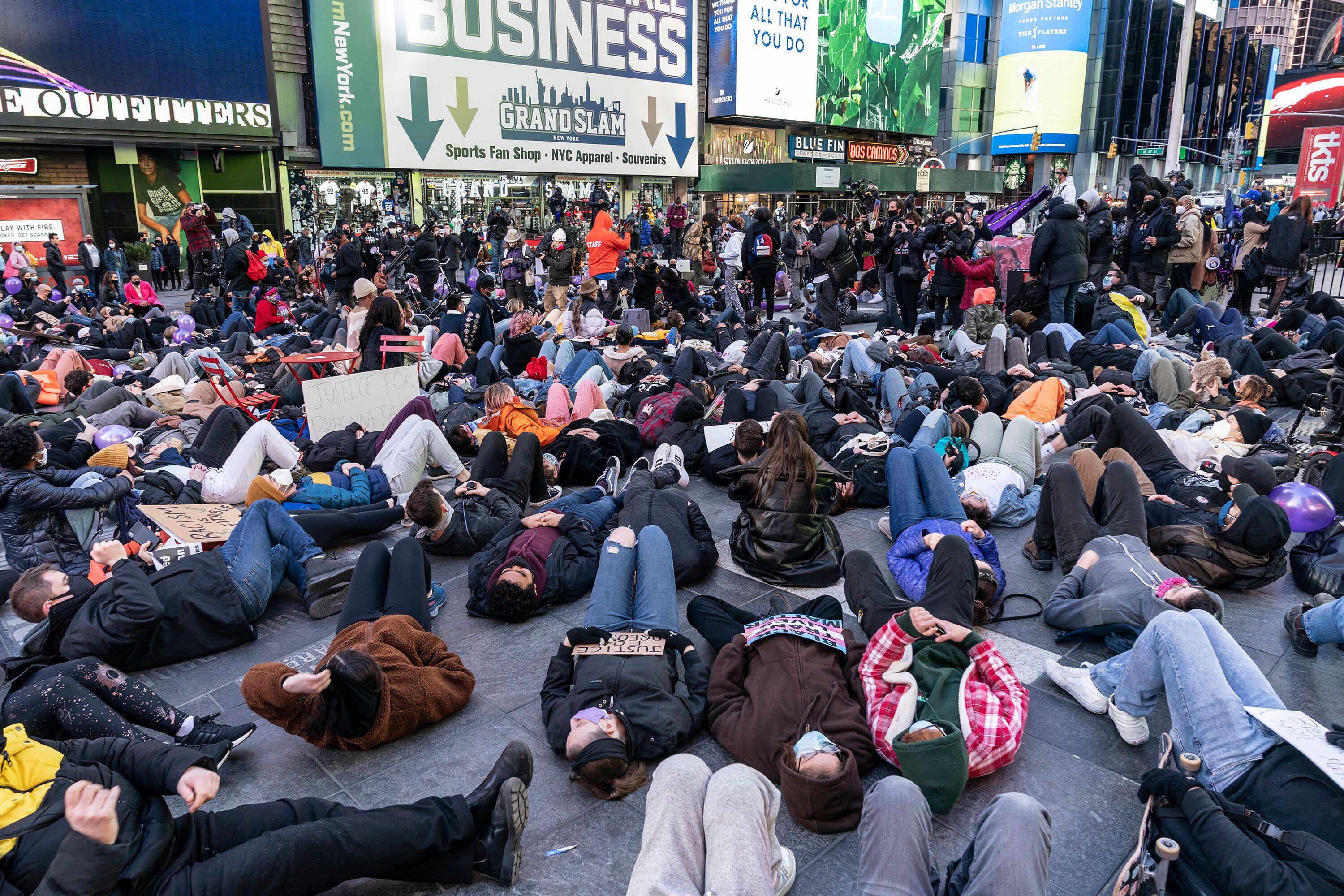 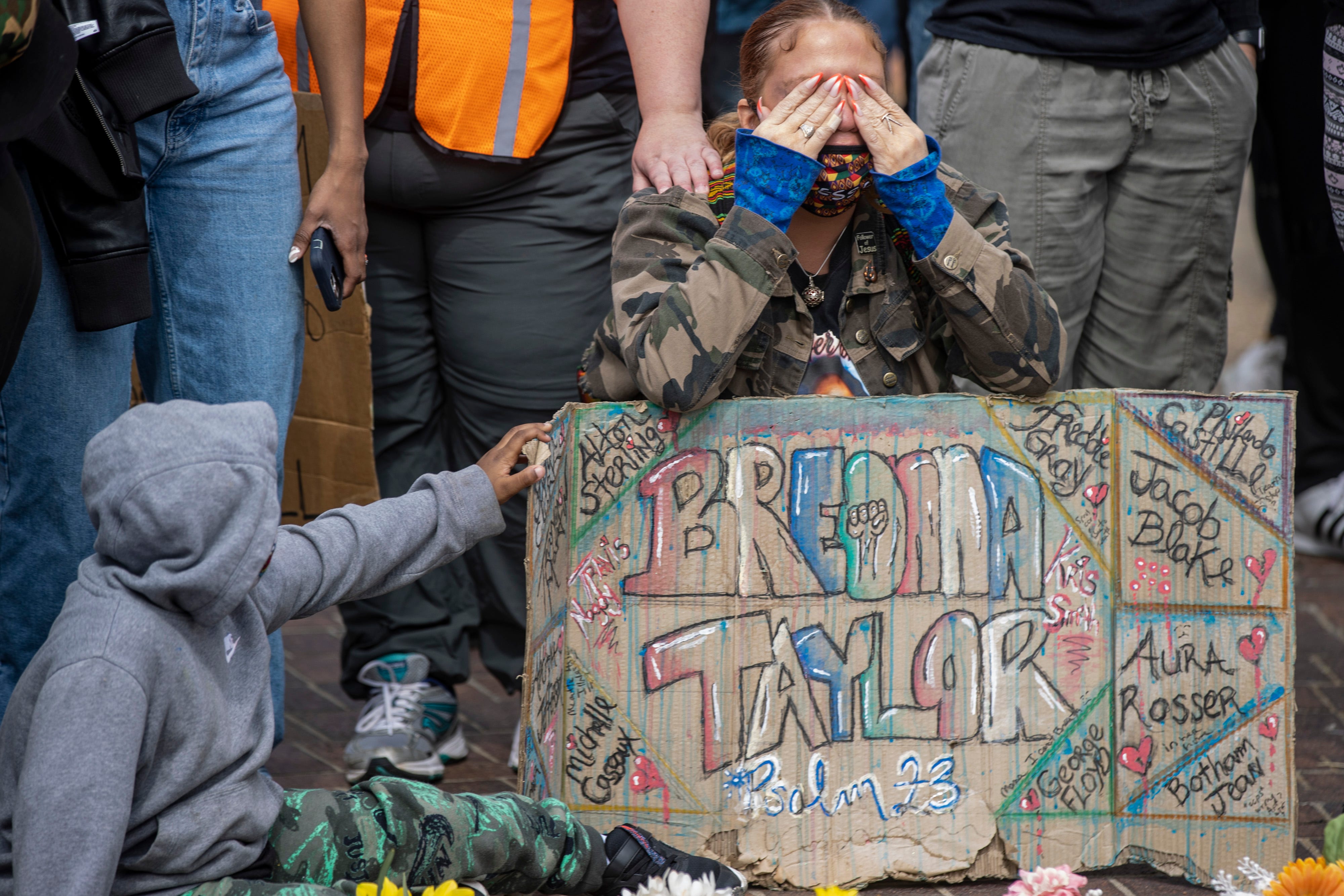