THIS is the moment a suspect is arrested after a 60-year-old man was fatally stabbed in front of horrified shoppers in London's West End.

The victim was knifed in a "random and unprovoked attack" in the capital's busy Oxford Circus last night. 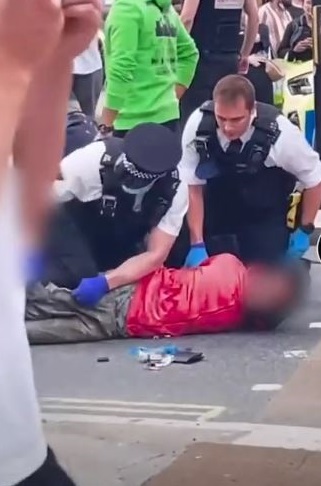 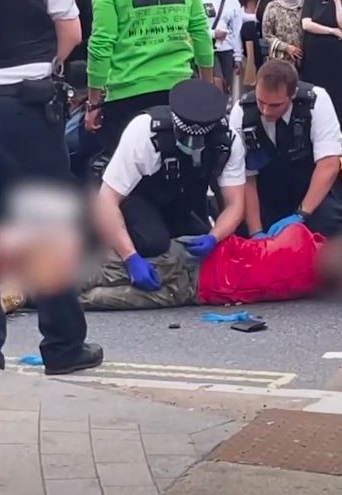 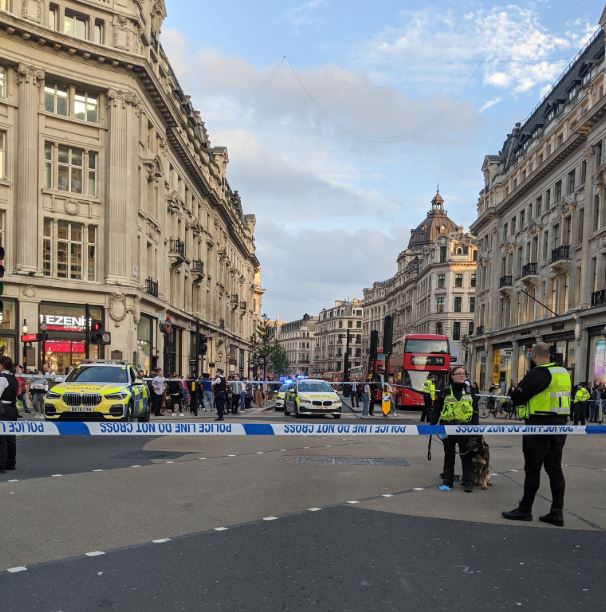 Brave passers-by wrestled the suspect to the ground and stashed his knife after the central London bloodbath unfolded.

The victim was rushed to hospital in a critical condition, but police confirmed today he has died.

Footage shows officers pinning down and searching the suspect who is heard ranting at cops.

Two cops restrained the handcuffed suspect who is lying in the road next to a red London bus.

Horrified shoppers look on as the man, dressed in a red top and khaki trousers, is arrested after the savage attack.

The victim's next of kin have been informed and are being supported by specially trained officers.

Police confirmed a 25-year-old man held for grievous bodily harm and possession of an offensive weapon has now been re-arrested on suspicion of murder.

Scotland Yard said the horror at around 8pm is being treated as "random and unprovoked" and confirmed they are not looking for anyone else in connection with the gruesome murder.

Detective Chief Inspector Vicky Tunstall, from the Specialist Crime Command, said: "I would like to reassure the public that his is not believed to be linked to terrorism. 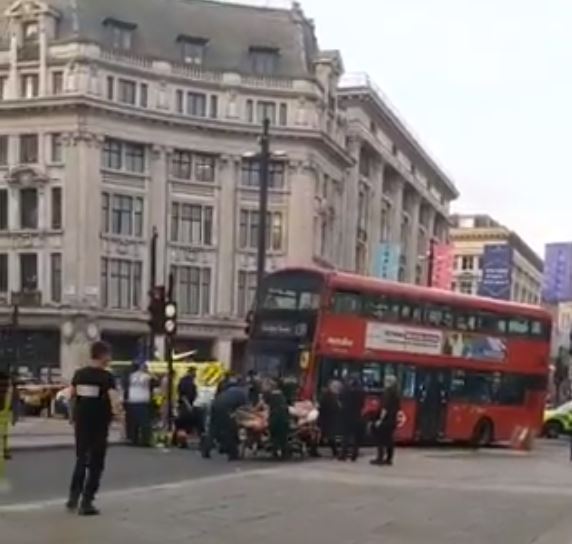 “It is clear that this area of Oxford Circus was very busy at the time of the attack.

"Members of the public intervened to detain the suspect and I hope to trace and speak to them, to secure their accounts and offer support. In particular, I would like to trace two young males with skateboards who led this intervention.

"I am appealing to any person who witnessed the assault, or who has mobile phone footage, to contact us. I am also appealing to the owners of any passing cars with dashcams to check whether they have recorded the incident."

Eyewitnesses said they saw the suspect being jumped on by a man before others pinned him down after the "horrific" stabbing.

One said: "One man grabbed him and soon after the police were there holding him down and he was shouting.

"I couldn't hear what he was saying though."

The murder is the latest knife attack in London after a 16-year-old boy was reportedly stabbed to death by a killer who knocked on his front door.

The victim was the 19th teenager to be killed in London so far this year, with 17 of them stabbed to death.

Anyone with information can call police on 101 quoting CAD 7129/01Jul. 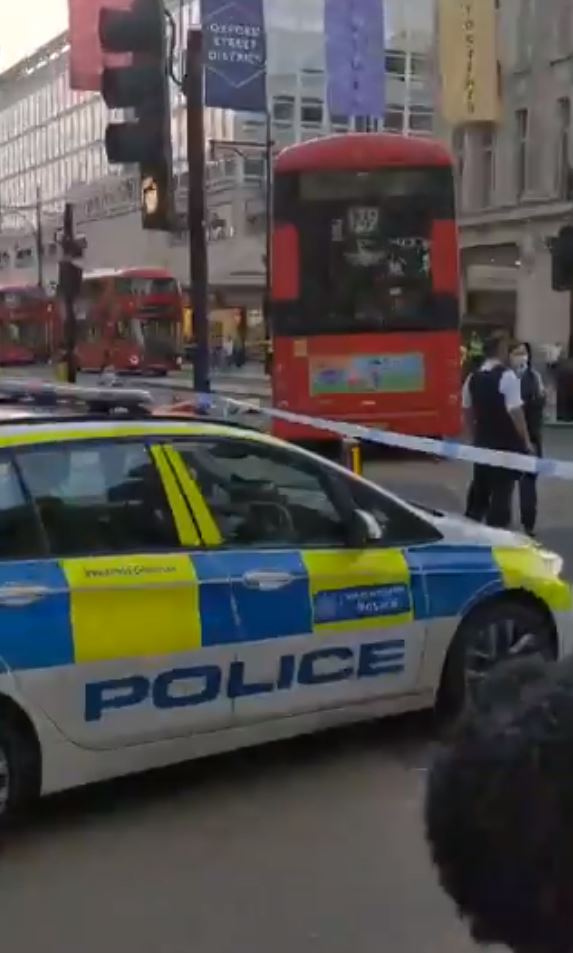