ARMED police swooped to arrest a man who allegedly kidnapped a young boy after he was attacked by an angry mob.

Officers attended the scene in Birmingham, West Mids, after reports of a child being grabbed and put in a car on Monday. 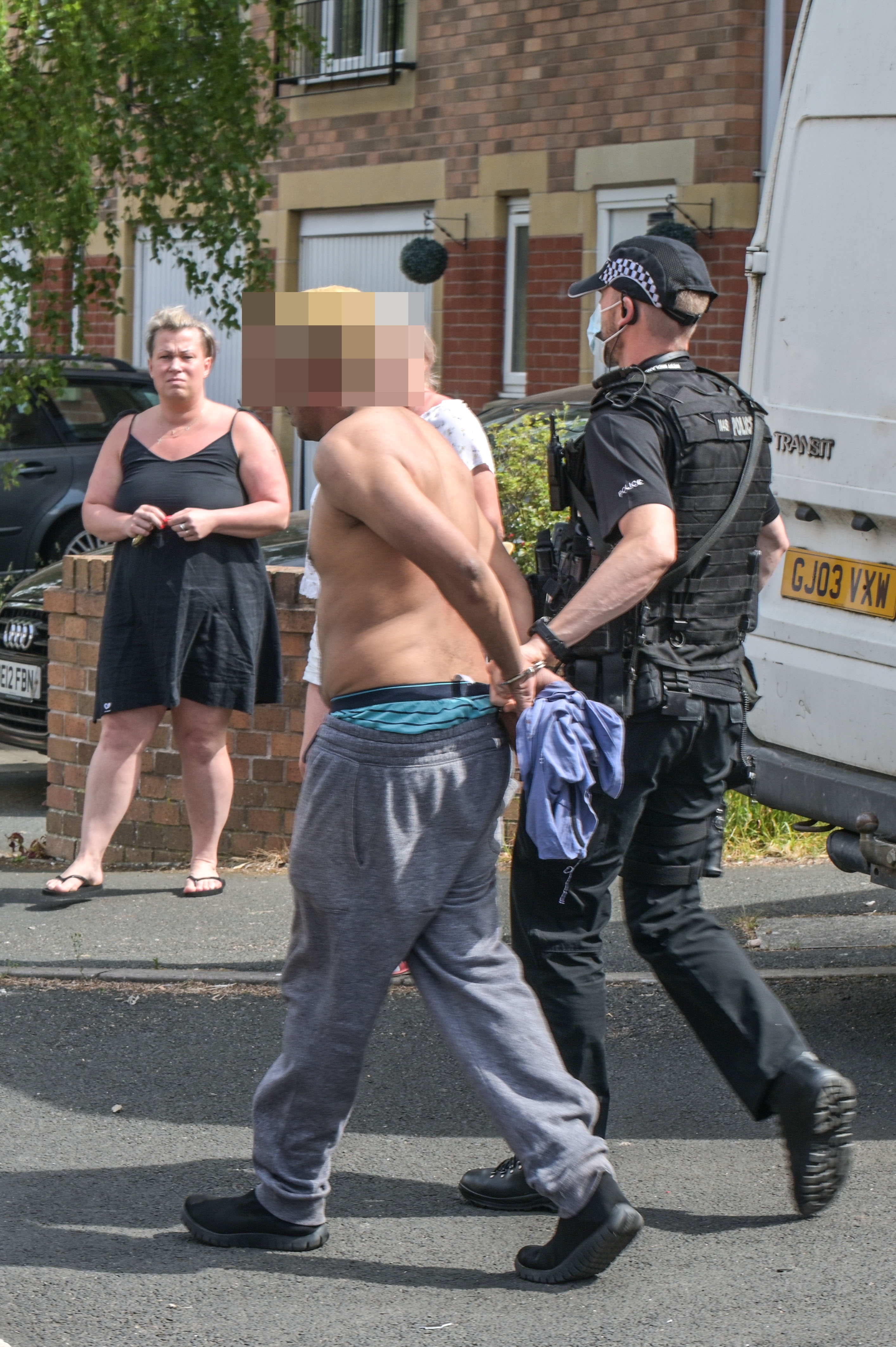 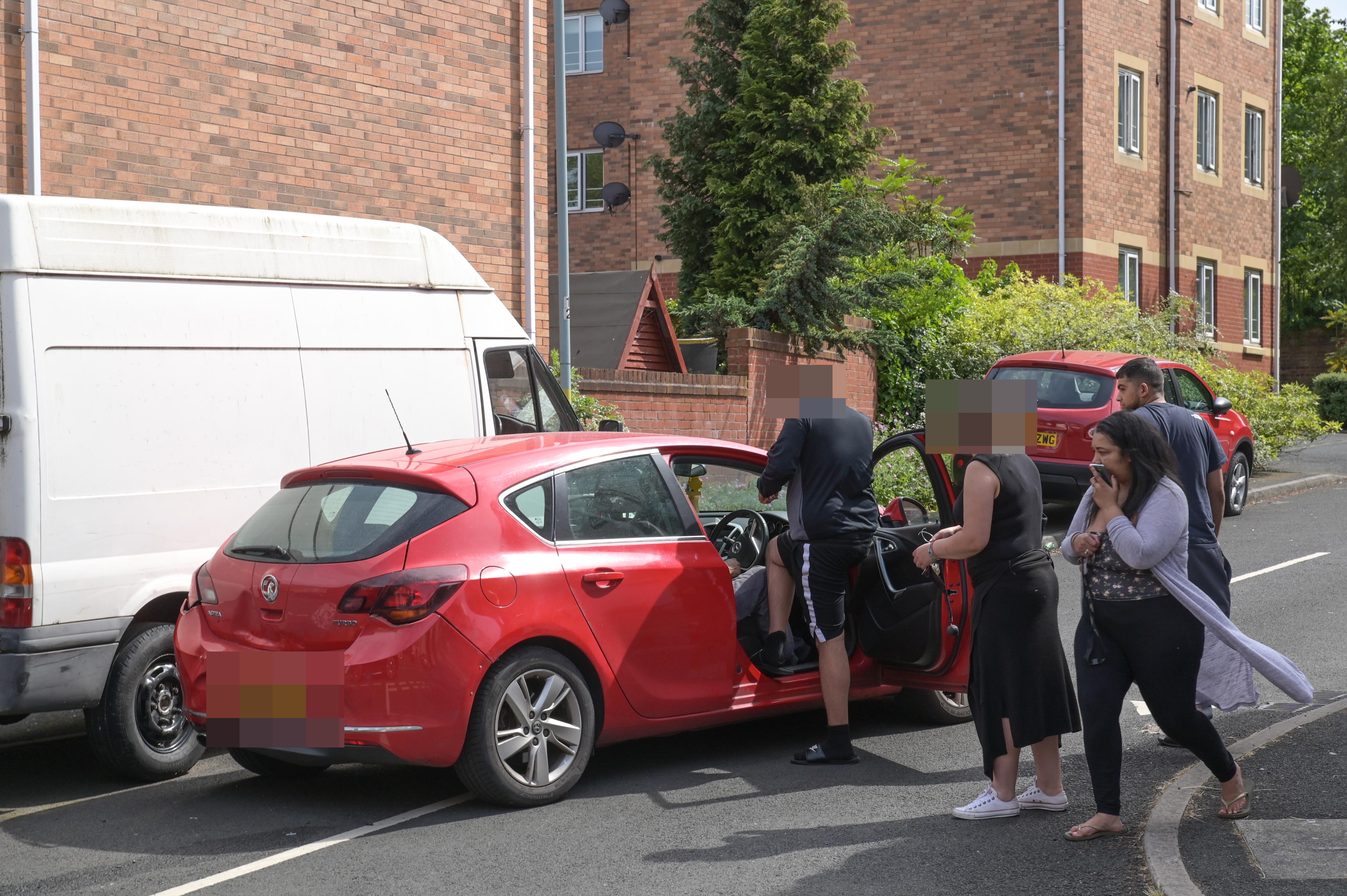 The dramatic footage shows the moment the furious gang attacked the man, with one woman screaming “you tried to steal my son”.

A large group of people can be seen trying to lash out at the driver of a red car, before armed police arrive at the scene.

Onlookers can also be heard shouting “let the police deal with him” as the scuffle takes place in broad daylight.

Locals watched the incident unfold as armed officer led the shirtless man, who was wearing only tracksuit bottoms, away.

Detectives have arrested at 37-year-old man on suspicion of kidnap, who remains in police custody for questioning.

He was initially taken to hospital for treatment, but has since been taken to a police station to be quizzed.

A West Midlands Police spokesman said: “We received reports of a child being grabbed and put in a car following disorder in Winson Green at around 3.15pm today (14 June).

“The child was promptly removed from the vehicle and was not injured.

“A 37-year-old man has been detained on suspicion of kidnap and is currently in police custody for questioning.

“Currently it’s thought those involved are known to each other, however our enquiries are at an early stage. 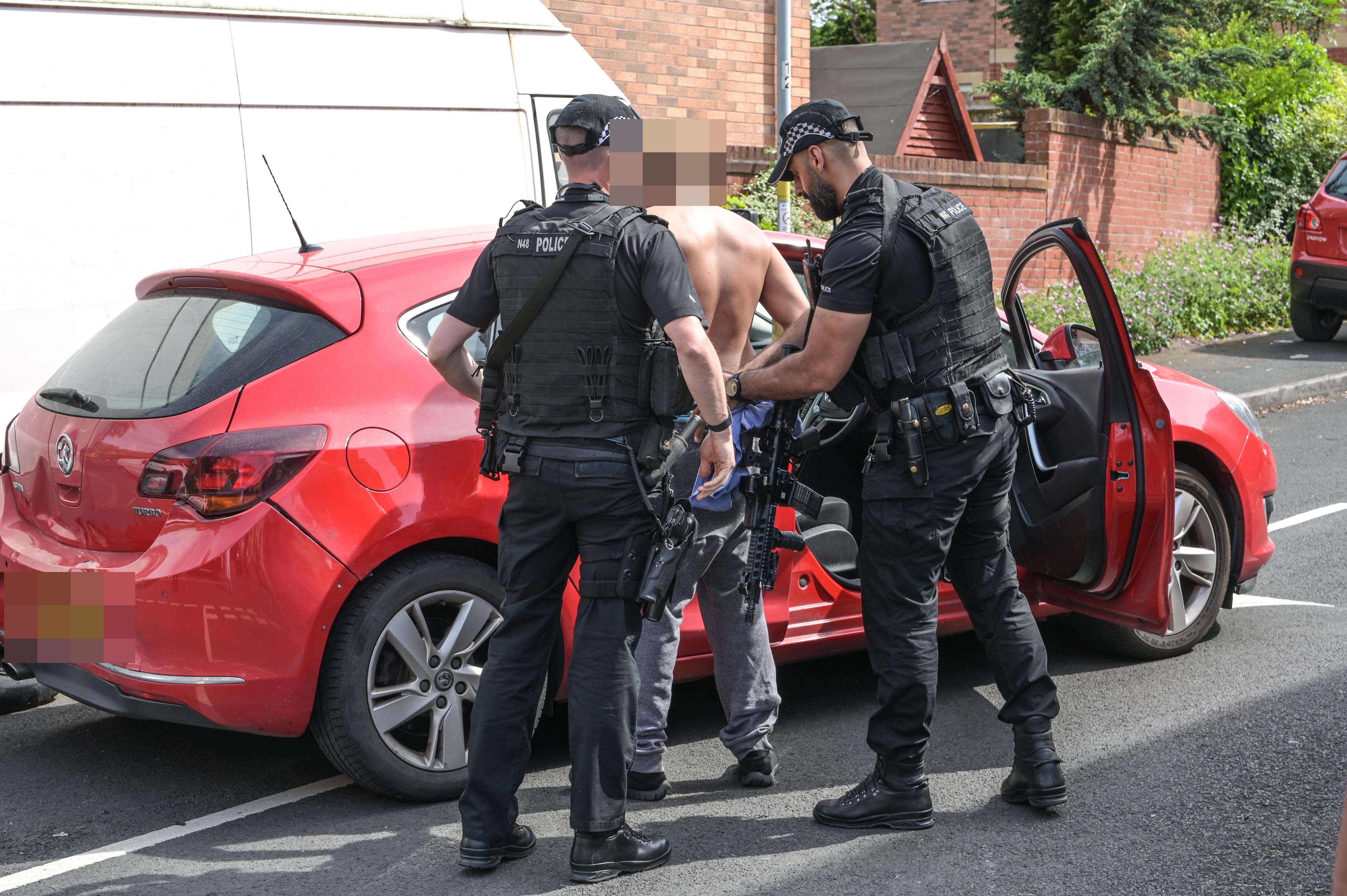 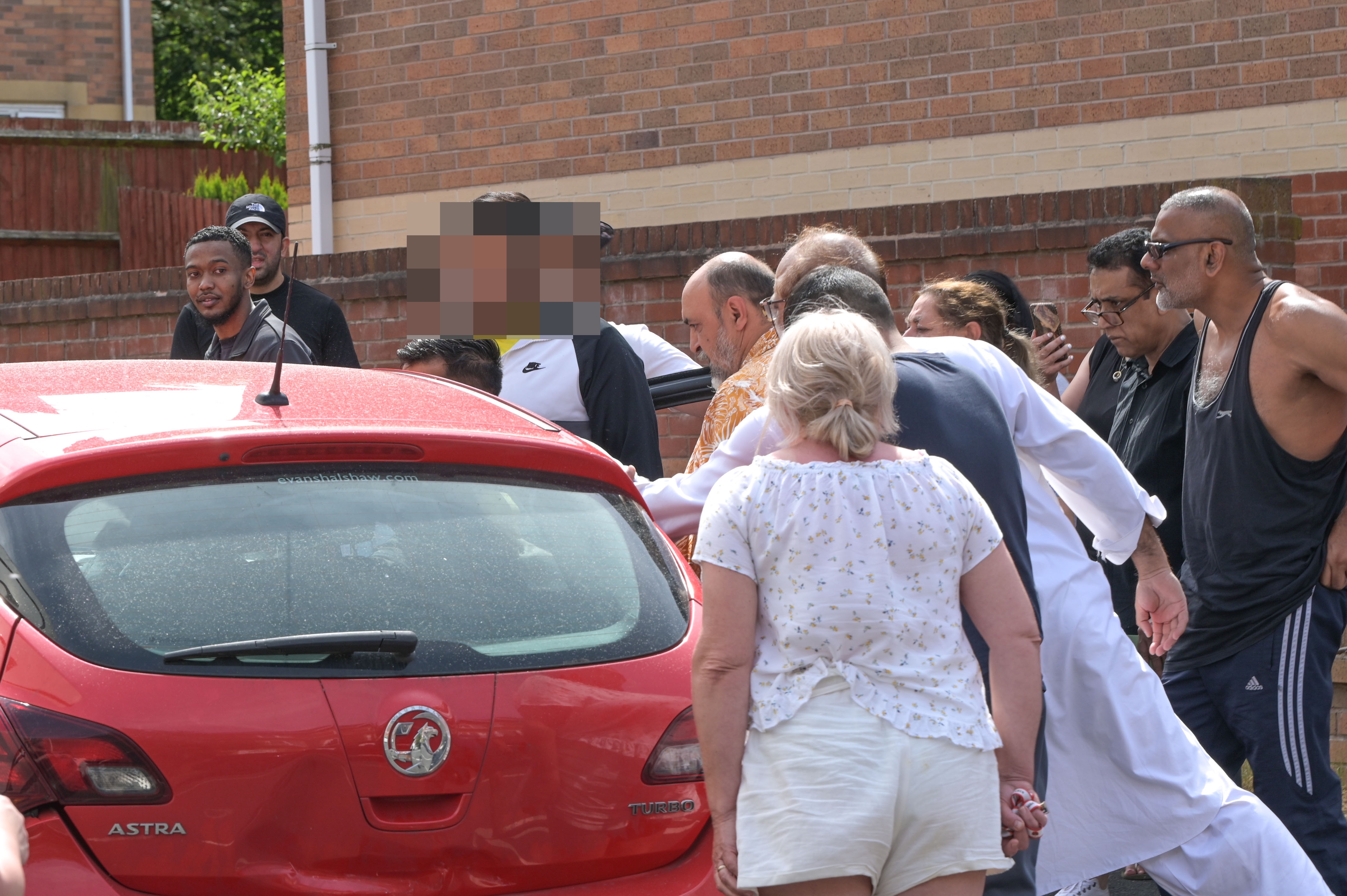