Dominic Raab has renewed his commitment to crucial free speech protections in a resurrected Bill of Rights.

It is the first time the Deputy Prime Minister has made clear measures to guard free speech will be pursued after the legislation was put on the back burner by Liz Truss’s administration.

Mr Raab, who is also Justice Secretary, oversaw the first incarnation of the Bill – which set out to prevent human rights legislation being abused. 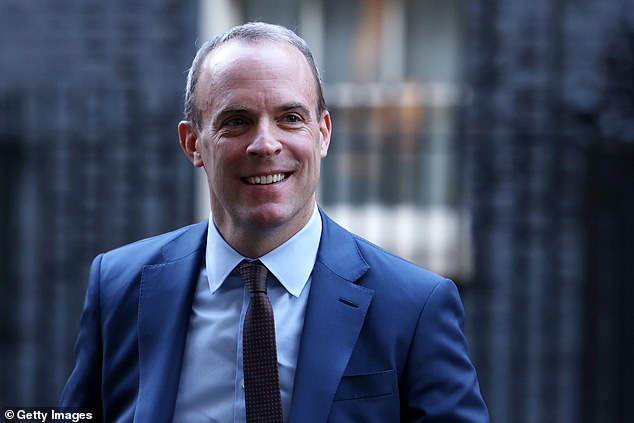 Justice Secretary and Deputy PM Dominic Raab (pictured) has renewed his commitment to crucial free speech protections in a resurrected Bill of Rights.

He told the Daily Mail last night: ‘Free speech is a quintessentially British right and the Bill of Rights will strengthen its protection on these shores.’

Mr Raab told the House of Commons: ‘The idea that the Human Rights Act was the last word on human rights in UK constitutional history is daft.

‘Indeed, there is an opportunity here to strengthen things like free speech… but also deal with problems, particularly things like foreign national offenders abusing the right to Article 8 – the right to family life – to avoid deportation.’

The legislation, published in March, was due to make free speech a ‘trump card’ over other rights, barring the creation of European-style privacy laws by unelected judges through the back door.

The measures were drawn up following widespread concern at a legal ruling in favour of the Duchess of Sussex in a privacy dispute against The Mail on Sunday, as well as growing ‘cancel culture’ over other issues.

Legal experts predict it will face difficulties getting through the Lords.