A doctor who defrauded the NHS and lost £10,000 in one night on a tennis match has spoken of his crippling gambling addiction.

Aled Jones, who was employed as a registrar at the University Hospital of Wales, in Cardiff, claimed payment for overlapping shifts and falsified cheques.

He also carried out out-on-call shifts during his contracted hours and made claims for payment for shifts he didn’t work.

He described how losing £10,000 on one bet on a tennis match should have been a turning point in his life, but instead drove him to bet even more money to win it back.

He bet £10,000 on Roger Federer to beat Juan Martin del Potro in the US Open Men’s Final, when the world number one lost to del Potro.

He was watching the match at 2am as del Porto turned the game around and ‘played the game of his life to beat Federer’.

He told WalesOnline: ‘The money was gone and there was a frustration that if I had been more careful or wiser I could make this work. 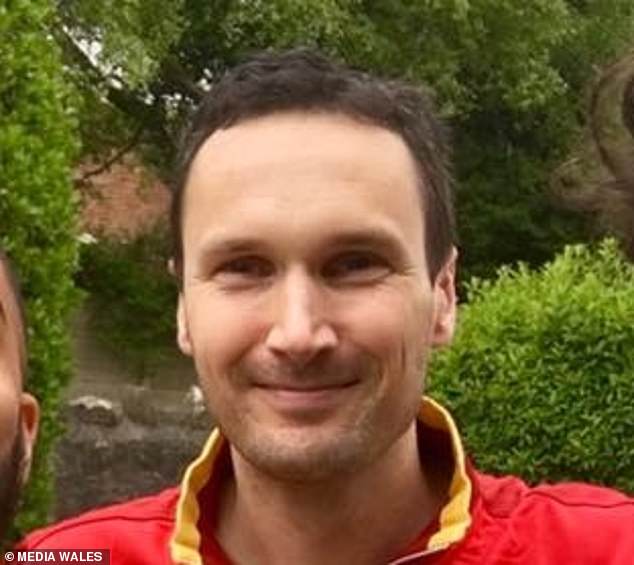 Aled Jones, 39, who was employed as a registrar at the University Hospital of Wales, in Cardiff, claimed payment for overlapping shifts and falsified cheques, taking £66,000 throughout the period of fraud from 2016 to 2019

‘I never walked away and even at that time I could afford to lose that money.’

He reached rock bottom after his arrest and sentencing to a suspended prison sentence of two years, at Cardiff Crown Court in March.

He has battled against his gambling addiction since then, which previously took over every aspect of his life and drew him to criminal activity to get more money to fritter away.

Mr Jones said that his gambling addiction drove him to commit fraud, which is something he ‘would never have done’, adding that it ‘shows how far he lost perspective on reality’.

He continued: ‘I still can’t explain how it happened, I can’t justify what I did because there are people in debt who don’t commit crime.

‘I would justify it to myself by thinking there was “no victim here” and I’ll win the money back but these are all the ways the addiction makes you maintain the addiction and until you break that addiction it will get the better of you.’

Mr Jones, who lives in Llandaff, does not know when gambling became an addiction but said he remembers making his first bet while studying at university – an accumulator for the World Cup.

He said: ‘I was going to medical school and learning about addiction and one of the key features is you get angry or stressed and feel ashamed of talking about it but I should have known the signs but it shows addiction can effect anyone. 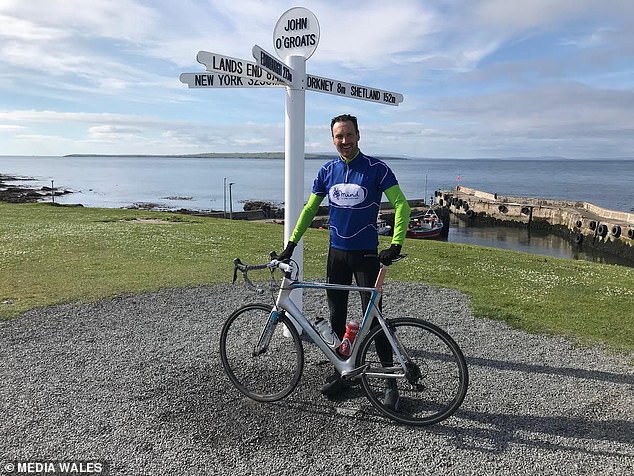 He has battled against his gambling addiction since then, which previously took over every aspect of his life and drew him to criminal activity to get more money to fritter away

‘At one stage I would never admit I was an addict and as things spiralled I made poor decisions which made it worse.

‘I could only see a way out by gambling more to pay off the debt. I can look back now and see how that was never going to be.’

Mr Jones initially bet on sports he enjoyed watching, before eventually finding himself betting on everything, including Olympic volleyball matches, and even bet in play which he described as a ‘real buzz’.

He said that he initially had some success with it, convincing himself he could make money out of it in the long term.

Mr Jones continued: ‘I had dissatisfaction in my life and career and I wasn’t happy in my job.’

He started taking out loans and credit cards, but it got to the stage where he was struggling to make payments every month.

He would gamble with money to pay off more debt, even if he could have cleared it all off with money he earned from doing extra work.

Mr Jones’s flat was repossessed after he missed three or four months of mortgage payments. After he missed the first month, he thought he could pay it off the following month, winning the money by gambling.

His father paid off the outstanding amount on the mortgage and Mr Jones said that he was going to pay him back. He said that he thought it could turn it around and he borrowed money off friends, lying to them and giving them reasons ‘such as a leaky roof’.

He said: ‘I feel incredibly ashamed of it and I’ll never forgive myself. My friends have given me so many second changes so I am grateful for that.’

Mr Jones genuinely believed his ‘life was over’ after his fraudulent behaviour was found out and he found himself in a police cell.

He started to receive counselling to address his addiction after getting in contact with Cardiff-based The Living Room organisation. 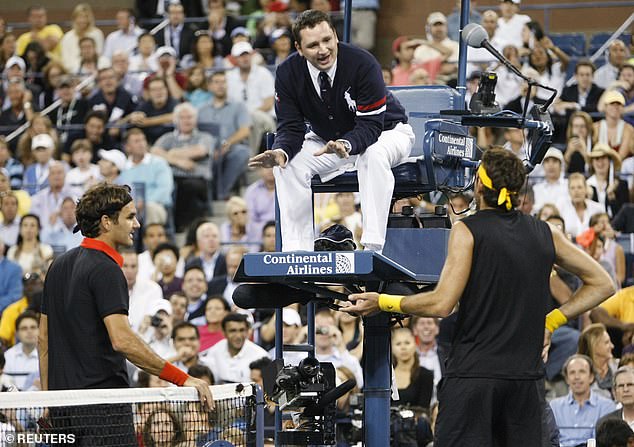 He described how losing £10,000 on one bet on a tennis match should have been a turning point in his life, but instead drove him to bet even more money to win it back, betting on Roger Federer to beat Juan Martin del Potro in the US Open Men’s Final (pictured)

He has now stopped gambling and has his salary paid into a joint account with his father.

Mr Jones said: ‘I don’t feel any temptation to gamble but you have always got to be vigilant and I worry whether it would be different if I have access to money.’

He added that the secret and shame was a big driver for him, but now it is out in the open and the reception he has had has been very supportive.

Mr Jones continued: ‘Once you’re able to beat addiction and have help and support from counsellors and family, you start to appreciate all the joys in life which addiction stops you from fully living.

‘It’s about reflecting on that and improving every day and that’s how you minimise the chance of relapsing.’

Mr Jones is now fundraising for The Living Room organisation and will be cycling from Cardiff to John O’Groats, back down to Land’s End and back up to Cardiff, which involves 2,200 miles and 60,000 feet of climbing.

Mr Jones said that when he first met a counsellor at The Living Room, he felt like somebody understood him when he spoke about his addition.

He added that he was able to talk to other addicts and groups and it helped him to be less hard on himself.

He continued: ‘That’s the main thing I have learnt, you can be open with friends and family or professional counsellors, but you’re not going to achieve anything on your own.

‘When you’re an addict, you imagine you’re the only one but nothing can be further from the truth.

‘No matter how catastrophic the mistakes you have made are, you are not alone and there’s a way out.’