December train strikes: What dates are the walkouts? Which rail lines will be affected? How will travel in and out of London be impacted? Will TfL Tube services still run?

A new set of strikes by rail workers across December will massively disrupt travel across Britain in the run-up to Christmas.

People looking to travel by train this month face one of the worst series of strikes in decades, as more than 40,000 Rail, Maritime and Transport union members plan to take industrial action.

The militant union chiefs have been accused of holding British people’s Christmas plans to ransom after rejecting a pay offer.

While RMT general secretary Mick Lynch said: ‘We’ve been faced with an extremely detrimental offer and our members simply aren’t in a position to accept the changes the companies have put on the table.’ 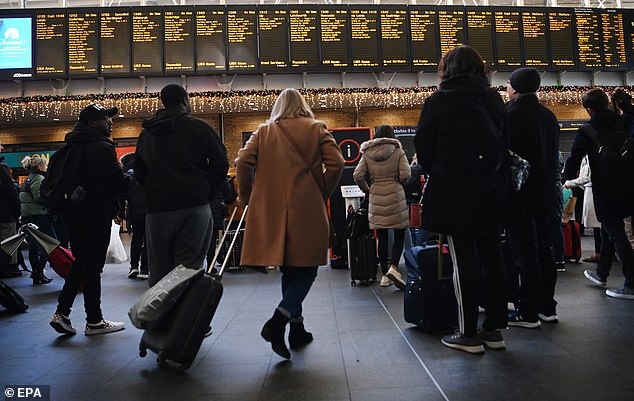 The UK is set for travel chaos as more than 40,000 RMT members plan to strike over the next two months, including over Christmas

There will be a number of 48-hour train strikes across the UK this month and further walkouts in January.

There will also be an overtime ban across the railways from December 18 until January 2, which will affect the number of services that can run.

Which rail lines will be affected?

The National Rail is not yet showing which rail lines will be running services, but said their timetables will be updated before the strikes take place.

The union represents workers at 14 train operating companies, so their services are likely to be affected: 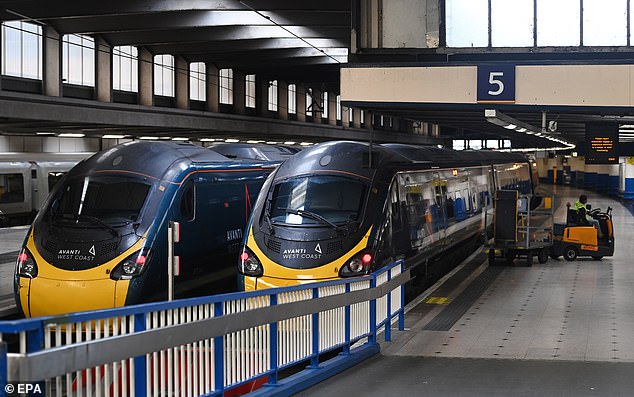 RMT union, who represents staff at Network Rail, will be on strike for seven days this month 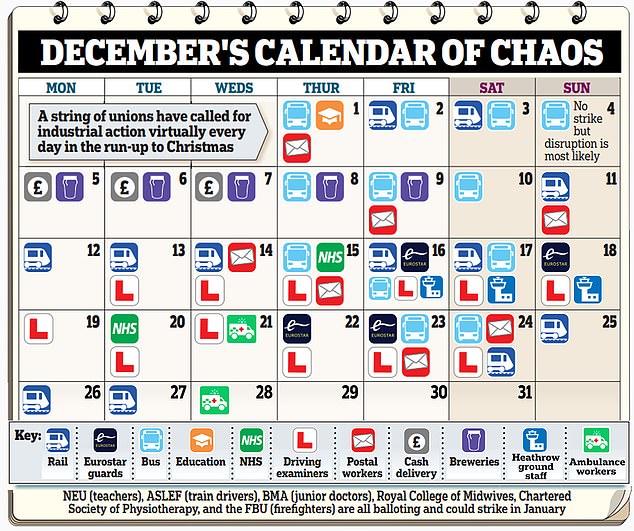 More than 40,000 rail workers will walkout from 6pm on Christmas Eve until 6am on December 27

How will travel in and out of London be impacted?

Services will be cancelled or severely disrupted across strike dates, so it is likely that there will be a very limited service on these days in or out of London – with no trains at all on some routes.

Non-union members and managers will enable a service to run between 7.30am and 6.30pm across about half the rail network.

Around 80 per cent of services across the UK are likely to be cancelled on strike days.

There are currently no Tube strikes planned before the end of 2022 and most TfL services will continue to run.

However there will be some disruption on strike days where track is operated by Network Rail.

Disruption from Friday December 23 2022 to Monday January 2 2023 will occur due to planned works and service changes for the Christmas and New Year period.

There is also a part-closure on the Bakerloo line and London Overground from Saturday 17 to Friday 23 December 2022.