Home » Crisis? What crisis? When power and criticism collide

We have a housing crisis, an aged care crisis, an environmental crisis, an energy crisis. A sexual assault crisis. A disability, health care, childcare and who knows what else crisis. And that is just this week.

Even without mention of the pandemic, the list could take up the rest of this page, but you get my point. 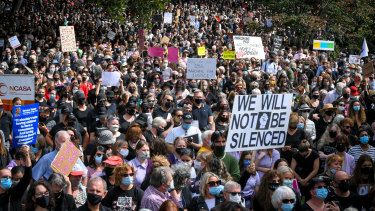 The March 4 Justice in Melbourne protesting against sexual assault and gender inequality.Credit:Eddie Jim

On so many issues and countless aspects of our complex lives, policy paralysis prevails. Public criticism is dismissed as partisan, brushed aside because of who said it – regardless of whether it is accurate. The problem bedevils state and federal administrations, whoever is in power.

Let us take a closer look at some of these so-called intractable problems.

A home in Preston costs more than a luxury apartment in Paris. Crazy. For years, immigration was blamed for the soaring prices. That is now exposed as the complete nonsense it always was. There have been zero migrants for over a year yet the housing market is booming – and boomers are to blame. 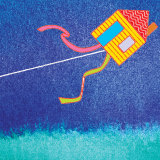 Without parent support, young people will find it hard to get into the housing market.Credit:Jim Pavilidis

House prices are dictated by market power tilting in favour of cashed-up investors who get a subsidy for accumulating properties. This is the only nation on earth where the government offers more assistance for your second, or third property than the first.

Negative gearing is toxic for first home buyers, full stop. The bank of Mum and Dad is the only hope for young couples now.

Aged Care? We invest less than any comparable economy, and have part-privatised the sector, leading to the creation of vast empires of highly lucrative but poorly regulated substandard facilities that serve the interests of everyone except the people who have no choice but to live there.

Unless a place is available in a home run by a charity or not-for-profit, you take your chances.

Environmental crisis? Where? Here? No, not possible. We inhabit a continent that is sparsely populated, home to unique flora and fauna and we are trustees of world heritage reefs and rain forests. No government in their right mind would risk that … would they? 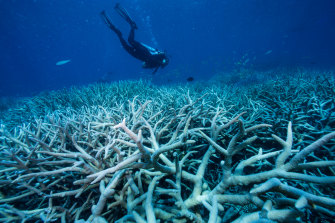 Energy crisis? We are a net exporter of vast quantities of coal, gas and uranium, and have unlimited access to renewable solar, wind and tide power. How can we possibly have an energy crisis? In what weird parallel universe can a nation abundant in energy have shortages?

Childcare? Not just a women’s problem but patronisingly put into that category by political fixers, who see everything through the prism of opinion polls. A government struggling with female voters will splurge money for a solution. Not because they actually care about women’s careers, but because they fear losing votes.

We have hit new peaks in tribal hyper-partisanship. The battlelines have deepened, which has resulted in a “no-prisoners” attitude to governing. The federal Coalition, in particular, claims to fight “cancel culture” but manages to do a lot of cancelling. The Andrews government are not immune either.

Last week a review was ordered of the selection process that saw Grace Tame named as Australian of the Year. The independent process was clearly too independent.

The Human Rights and Equal Opportunity Commission has been starved of money for years, a shadow of its former self.

The urgently needed national anti-corruption body is stalled by endless arguments over its powers and reach.

The newest tussle is over the work of proxy advisers to superannuation funds. The analysts who exposed the JobKeeper rorts to the embarrassment of Josh Frydenberg look likely to be the next ones nobbled.

It was proxy advisers who did the research that revealed millions of dollars were trousered by companies that made super-profits throughout COVID, disclosures that upset key business backers of the government like Gerry Harvey from Harvey Norman and Solly Lew.

At state level, the Director of Public Prosecutions, the Ombudsman and the Independent Broad-based Anti-corruption Commission all say they are unable to fulfil their obligations because of inadequate funding.

The government refuses to release a report into bullying in the fire services and now the upper house has ordered it to be released. Likewise, they shouldn’t be trying to hide information about adverse findings in hotel quarantine.

We learn belatedly that blank cheques were signed to hire battalions of lawyers to minimise scrutiny and clog up the inquiry into hotel quarantine. 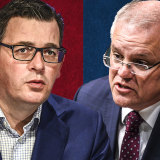 Good governance requires transparency and a robust system of checks and balances.Credit:Alex Ellinghausen

Together with a robust, properly resourced and independent judiciary, these are the essential checks on power; independent agencies that save governments from their worst instincts.

Power corrupts, and absolute power corrupts absolutely. Turning the basic and essential work of government into elaborate policy acrobatics to protect your mates is not serving the public interest.

The convergence of these syndromes – the catastrophising of the basic work of government, the obfuscation of fundamental policy challenges, combined with a ruthless and punitive attitude to any criticism – leaves democracy weakened.

Abusing the privilege of office should never be rewarded.

The only real crisis is of principles and ethics.