A COUPLE who left dogs in a boiling hot car and “stole cash from a tip jar” have now been accused of devouring £80 meals at Harvester without paying.

Police have confirmed they've launched a theft probe after footage of the pair – who are also claimed to have whinged about their breakfast to scam a £60 refund from a cafe – went viral. 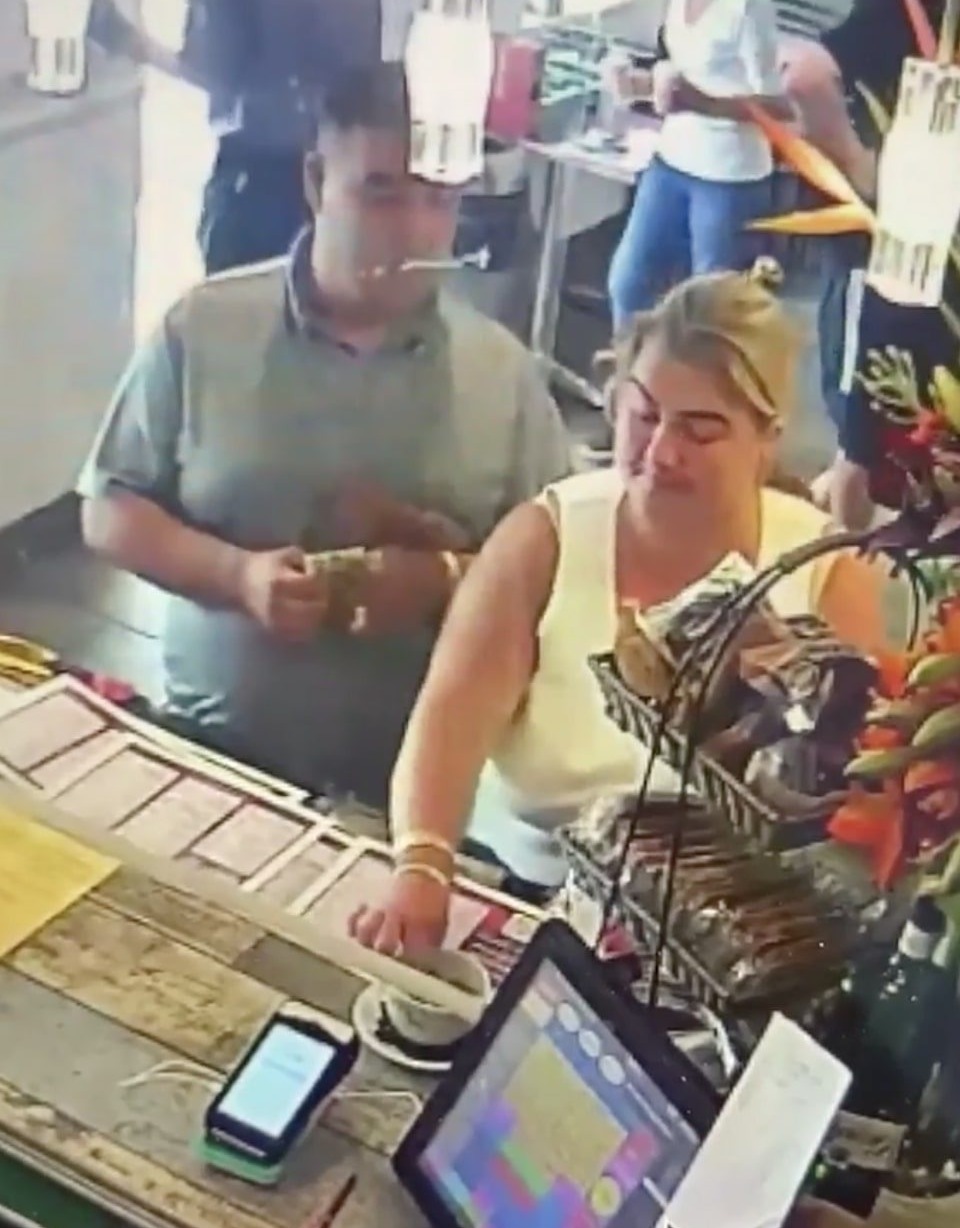 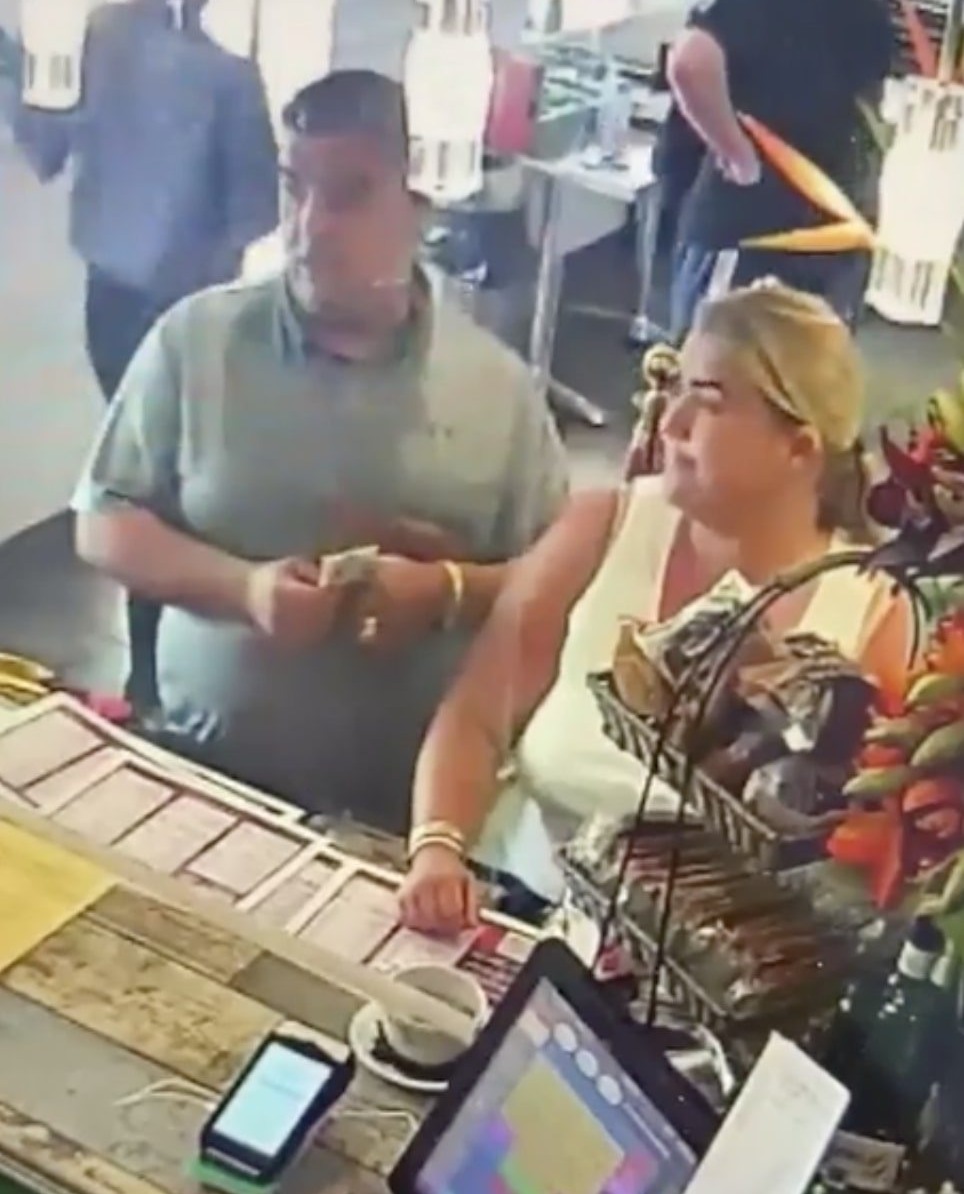 In a second video recorded nearby on the same day, Saturday 12 June, the pair were filmed by witnesses as they returned to find police smashing the windows of their car.

Dogs had been left inside the untaxed vehicle in cages on the second hottest day of the year.

And now, the couple are being accused of eating a “large” £80 meal for four people at the Harvester on the seafront, then walking out without paying.

The family allegedly walked into the Madeira Drive restaurant around 4pm and ordered a rack of slow-cooked ribs for four people.

Costing £20.49 for an adult portion, it was the most expensive item on the menu.

The couple, along with two boys aged around nine and seven, then spent an hour eating the ribs and drinking in the restaurant.

Things allegedly went south when it came time to settle the bill, with the couple reportedly becoming abusive towards staff and eventually walking out without paying.

A staff member, who would not be named, told the Daily Mail: “Yes, the same family came into our restaurant and spent an hour dining where they were absolutely horrible to staff. 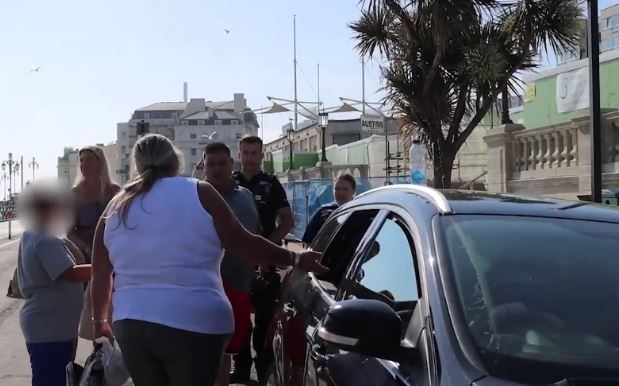 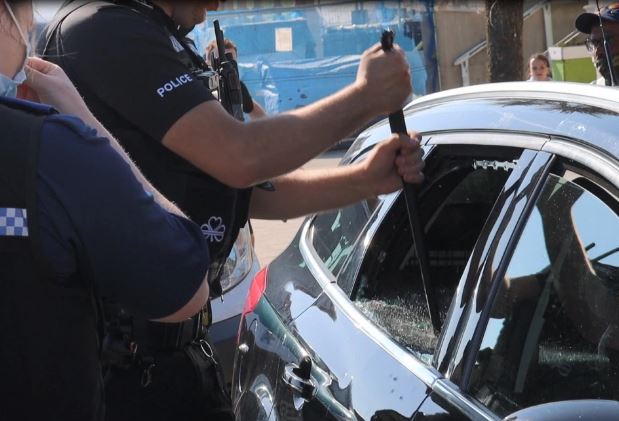 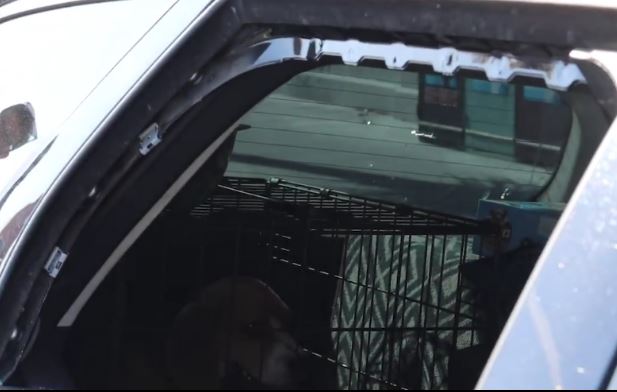 “They ordered large ribs and had four meals but they were very abusive to staff, really horrible and then they got up and left without paying.

“The incident has been reported to police and CCTV has been handed over. It was definitely the same couple.”

Police today confirmed that the couple had been questioned by detectives investigating the thefts.

However, they have been released pending further enquiries. Police had not confirmed whether they were under investigation for the third incident.

A police spokesman said: “A man and a woman have been interviewed by police and remain under investigation whilst enquiries continue.”

Superintendent Rachel Swinney added: “We are aware of the significant interest in this case, and I'd like to thank the public for coming forward with information.”

The couple hit headlines last weekend after cops rescued a beagle and another dog from their roasting hot car, following which the couple complained they had broken their window.

Footage taken by a bystander showed one of the officers forcing his baton through the top of a back window before smashing it open in the surging heat.

They actually dipped into the staff tip box, which was pretty unheard of."

As the car alarm goes off, the owners can be seen rushing towards it, pleading with the cops involved.

A woman can be heard saying: "You broke my window out", as she and her family stand in horror.

An officer responds: "It's a hot day. You shouldn't be leaving the dog in the car in this weather."

Dozens of beachgoers could be seen watching the panic unfold as temperatures surged to 25C in parts of the UK yesterday.

But one local, who filmed the action, said the owners appeared to be unaware the heat could be deadly for their pooches.

"Where they had parked there is just no shade," the onlooker told The Sun Online.

"It’s directly on the seafront in 25C weather outside – I've got no idea what it was inside the car.”

The witness said he saw one of the dogs panting in the car, from a "solid black cage" in the back.

But its owners were fuming when they found cops had broken in.

"At first it was 'what the f*** are you doing, why did you break my car window? I was only gone for 10 minutes'," the witness said.

The incident is believed to have occurred just moments after the couple were snapped on CCTV allegedly stealing cash out of a cafe's tip jar.

Staff at Carats Café and Bar in Southwick, near Brighton, shared the clip in a bid to identify the couple.

In the security footage the pair can be seen standing in front of the counter and checking the area around them.

At one point, the woman appears to put her hand in the tip jar and take some coins from it as the man looks at her.

However, police have not confirmed that cash was stolen from the family-run cafe.

Staff claimed the pair demanded a refund on two breakfasts they had eaten, complaining they had found a hair in their food.

The couple also allegedly took some drinks from the fridge but did not pay for them, according to staff.

Chris Kraszewski, the owner of Carats, predicted the total loss to the cafe was between £45 and 60 pounds.

"They actually dipped into the staff tip box, which was pretty unheard of," he said.

The cafe had since received phone calls from well wishers offering to pay the money taken for the staff’s tips.

Upon speaking to staff, he had decided that any proceeds given to business following the incident should be donated to shoreham dog trust, as a nod to those working to keep animals safe and well-treated.