A young couple moving into their first home together were left stunned after turning up to find a 99-year-old pensioner already living there.

Amy Da Cruz, a 22-year-old driver, and Matthew Morgan, a 26-year-old valeter, from Bridgend, were looking for a house to rent closer to their work.

Amy’s mother posted an advert on Gumtree looking for a house to rent and was approached by a ‘landlord’ claiming to have a house in Brackla, Wales, that would suit the couple. The parties were then put in touch. 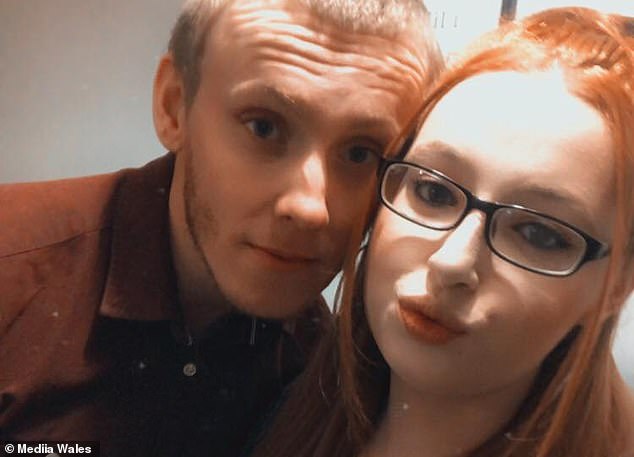 Amy Da Cruz, 22, and Matthew Morgan, 26 (both pictured), from Bridgend, were looking for a house to rent closer to work and spoke to the ‘landlord’ over Whatsapp

Amy explained: ‘We started talking to the landlord on WhatsApp and got really excited about the house. We were sent pictures of the inside and it seemed to have large bedrooms, a driveway, a big kitchen and garden, so we were really keen.’

Before the couple could look around the landlord, who said they recently moved from the area to Plymouth, needed the security deposit in advance on the advice from his solicitor, to ensure that the couple would be able to afford to rent the property.

Amy said: ‘We really wanted the house. So we paid £300 in two payments on the understanding that we would get the money back if we didn’t like the house.’

On the day of the viewing, the couple were still extremely eager to obtain the property and were asked by the ‘landlord’ for a further £500 as the first month’s rent.

She added: ‘All of the emails and texts mentioned his solicitor and we had seen a copy of the tenancy agreement, so we had no reason to believe that something wasn’t right.’

The couple transferred the extra money. But when they went to the house, they found that the house was occupied by it’s actual owner – who had no idea his home had been placed on the rental market.

Amy said: ‘I was so annoyed. I emailed the landlord straight away asking what was going on. They emailed back saying that they had injured their foot and that they would meet us the next day.

‘We knew something was up. I asked for the money back, but have not heard from them since.’ 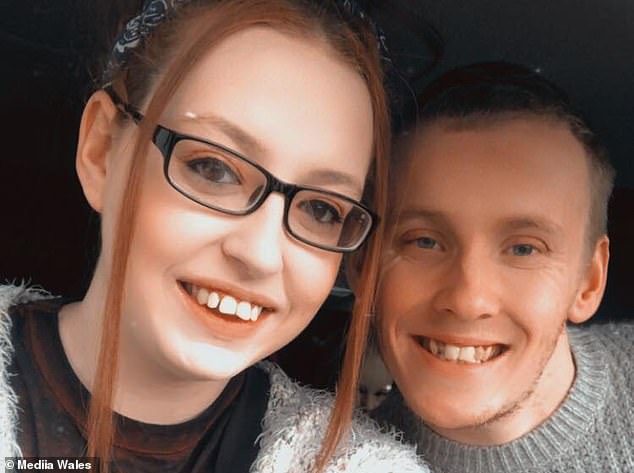 The young couple, above, were excited to move into their first home together and were put in touch with the ‘landlord’ when Ms Cruz’s mother posted an advert on Gumtree 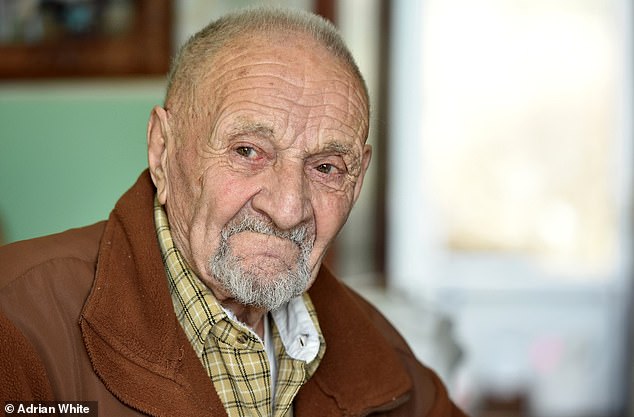 Frank Ballinger, a 99-year-old retired special constable at South Wales Police (above) asked the couple: ‘Are you sure it’s not the number across the road?’

Matthew had already given notice on his current lodgings but was fortunately able to reverse this before they found a new tenant. But he and his girlfriend had been left £800 out of pocket.

Amy said: ‘We will never do something like this again.

‘From now on we will only go through property management companies and never give money over before. We had our heart set on this place, we thought this would be our family home.’

Unfortunately, because Amy transferred the money willingly, her bank have said she is unlikely to get it back.

Frank Ballinger, a retired special constable at South Wales Police, has lived at the property in Brackla for around 30 years.

The 99-year-old described the moment he met the couple and realised that his home was offered for rent without his knowledge.

Mr Ballinger said: ‘The couple came here one afternoon and they said that they were here to look at the house.

‘I was confused at first, I said to them “are you sure it’s not the number across the road” as there’s a couple of houses up for rent in the street.

‘They were adamant that it was this house. I was just confused as to what was going on as I knew that I hadn’t put this house up for sale.

‘I just told them that this house belongs to me. At first I had my suspicions that I was being scammed.

‘Hopefully the person who is behind this scam is found.’

Tips on how to protect yourself from rental fraud

Do not send money to anyone advertising rental properties online until you are certain the advertiser is genuine.

If you need to secure accommodation in the UK from overseas, seek the help of the employer or university you are coming to, or get a friend, contact or relative to check the property exists and is available.

Do not pay any money until you or a reliable contact has visited the property with an agent or the landlord.

Ask for copies of tenancy agreements and any safety certificates such as Gas Electricity or HMO Licence.

Do not be pressurised into transferring large sums of money. Transfer funds to a bank account having obtained the details by contacting the landlord or agent directly after the above steps have been followed.

Be sceptical if you’re asked to transfer any money via a money transfer service like Western Union.

Rental fraud happens when would-be tenants are tricked into paying an upfront fee to rent a property.

In reality, the property does not exist, has already been rented out, or has been rented to multiple victims at the same time.

The victim loses the upfront fee they have paid and is not able to rent the property they thought they had secured with the payment.