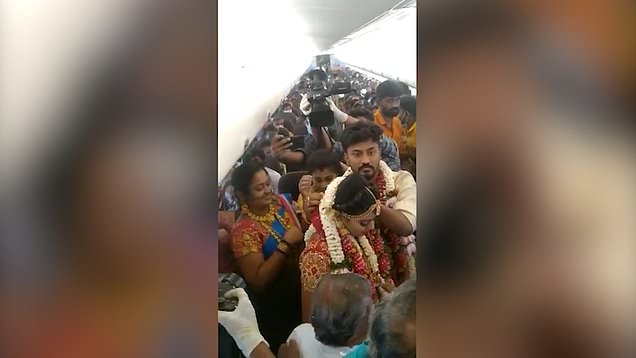 An Indian couple got married in mid-air after allegedly chartering a plane for 170 guests to ‘escape Covid restrictions’.

India’s aviation authority has launched an investigation after footage appeared to show a huge crowd of maskless people packed onto a SpiceJet plane.

The Boeing 737 is said to have set off from Madurai, Tamil Nadu, where weddings are limited to 50 guests amid a devastating second wave of coronavirus.

The exchange of vows reportedly took place directly above the Madurai Meenakshi Amman Temple where the bride and groom had originally planned to marry.

The pair was slammed after images of their ‘restriction flouting’ wedding went viral on social media.

Airport officials said they were ‘totally unaware about the marriage ceremony which took place mid-air’.

A SpiceJet spokesperson told the Indian Express the plane was booked from Madurai to Bangalore by a travel agent for a trip after a wedding. 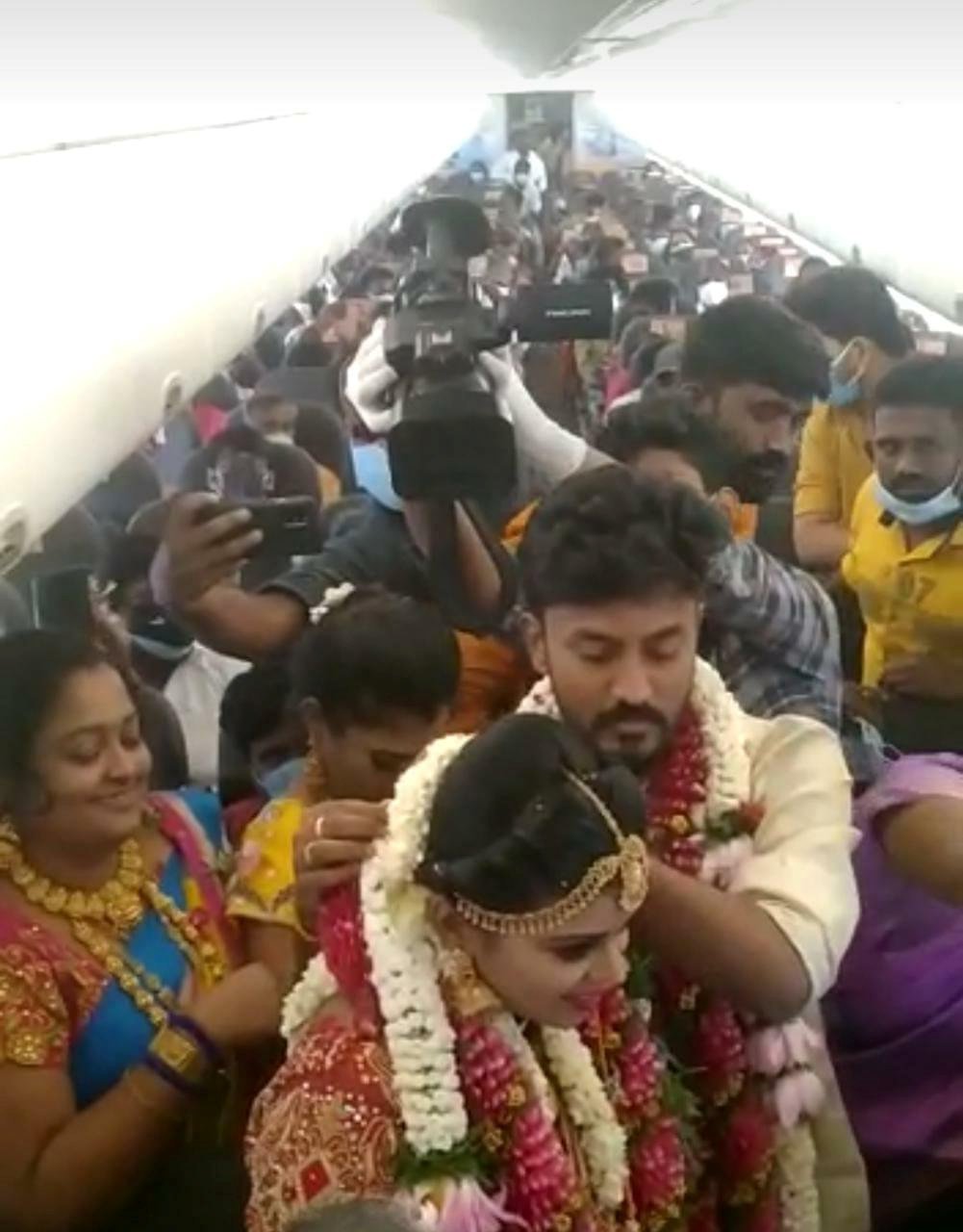 They said the couple were thoroughly briefed about the Covid protocols and told to follow the rules.

A statement added: ‘However, despite repeated requests the guests did not follow the guidelines. The airline is taking action as per the rules laid.’

India’s death toll passed 300,000 this week, as hospitals and crematoriums continue to be overwhelmed and severe oxygen shortages are recorded across the country.

The Government has been criticised for easing restrictions over the past few months to allow millions to attend religious festivals and packed political rallies ahead of the local elections.

Around 4% of the population is fully vaccinated, despite India being the world’s biggest producer of vaccines.