France REJECTS a third lockdown, saying ‘economic, social and human’ cost cannot be justified – but it has infection rate similar to UK – and still rising

During a press conference Castex said stabilising new infection rates and an impending vaccination rollout means the government can hold off from imposing a new lockdown.

Castex said the decision to lock down for a third time has been weighed against other factors, and French lawmakers have decided it’s unjustifiable.

‘The potential advantages of a third nationwide lockdown in the fight against the spread of the coronavirus had to be weighed against its cost in “economic, social, human and sometimes even health terms”,’ Castex said.

Though Britain’s infection rate rocketed between mid-December and early January, within the coming days it will be the same, or lower, than France’s.

UK Prime Minister Boris Johnson has said there will be no relaxation of Britain’s economy-crippling lockdown until 8 March. 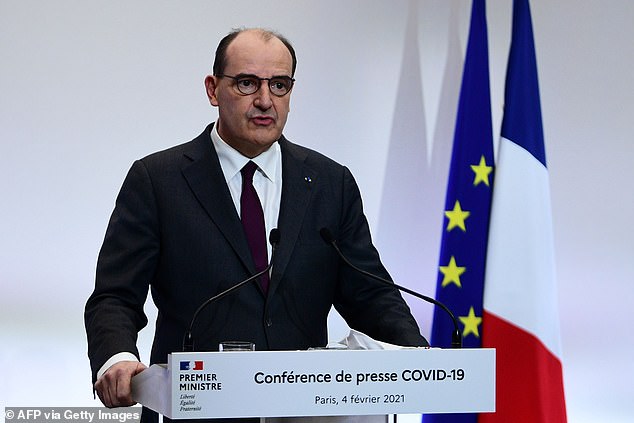 French Prime Minister Jean Castex tells a press conference that France will not be subjected to a third lockdown, because its damage to the economy, social and healthcare, is not justifiable 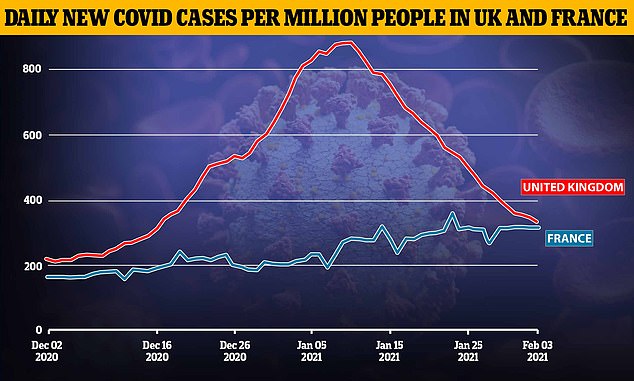 Castex said another lockdown could only be enacted ‘as a last resort’.

‘The situation today does not justify such a move,’ he added.

If, however, the health situation deteriorates, the government would ‘not hesitate to do what is necessary’, he said.

Castex said it was ‘not the time’ to relax current restrictions, which include the closure of cafes and restaurants except for takeout meals, and of large shopping centres, and tough border restrictions, especially for non-EU travel.

In addition to the measures in place, Castex said that remote working should be encouraged ‘wherever possible’. 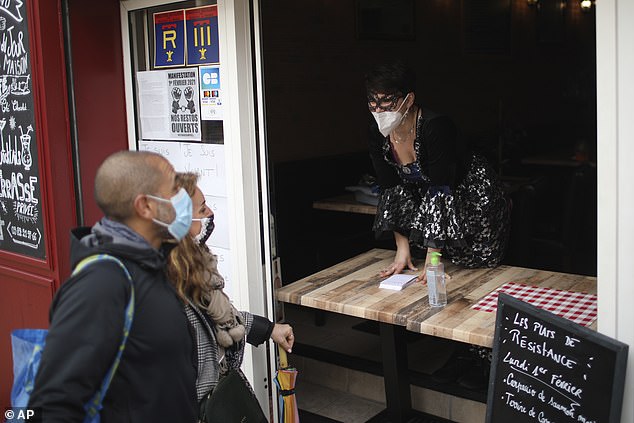 Castex acknowledged that France started its vaccination programme later than other countries, but said the slow start had been due to the difficulties inherent in rolling out vaccines to older people.

By the end of the week, all residents in care homes who want to be vaccinated will have received their first jab, he said.

He also said that France would stick to a three- to four-week lag between the first and second inoculations for the Pfizer/BioNTech and Moderna vaccines instead of lengthening the gap in order to get more people vaccinated, like ‘some other countries’ were doing, a move he called ‘dangerous’.

French vaccination centres will make an additional 1.7 million time slots available by end-March, with bookings opening next week, he added. 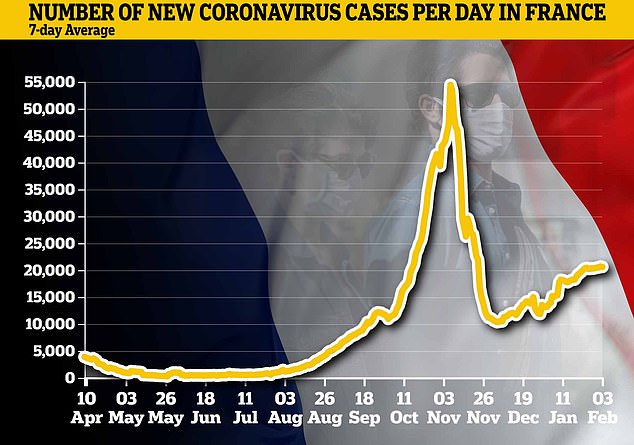 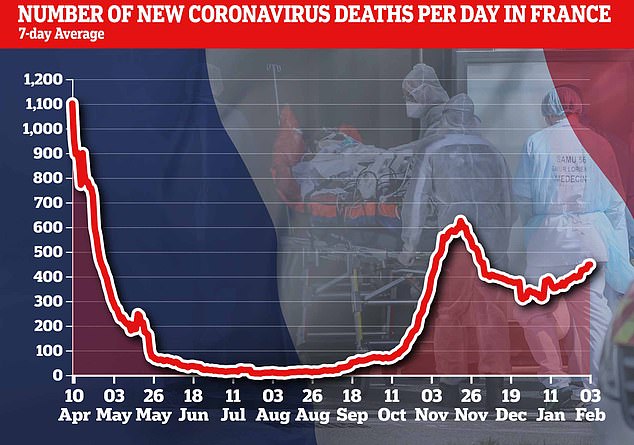 Castex reaffirmed the government’s target of vaccinating everybody over 65 by the end of May, and all adults by ‘the end of the summer’.

On Wednesday, the public health authority reported 26,362 new Covid cases for the previous 24 hours in France, and 358 Covid deaths. The total death toll since the start of the pandemic stood at 77,595 people.

Earlier Thursday the government said it would impose a lockdown on the French overseas department of Mayotte, an island archipelago located in the Indian Ocean with a population of around 270,000.

In Germany, Chancellor Angela Merkel has said that Germany is over the peak of its latest surge in coronavirus cases but she wants to wait for data on the spread of new variants before deciding on lifting restrictions.

In an interview with German broadcaster RTL, Merkel said she warned months ago that the country faced a hard winter.

‘And still we can say, the crest of the second wave has been passed,’ she said, adding that Germans need to ‘hold out a little longer’ until vaccinations start having an effect on hospitalizations and the number of older people becoming seriously ill from COVID-19. 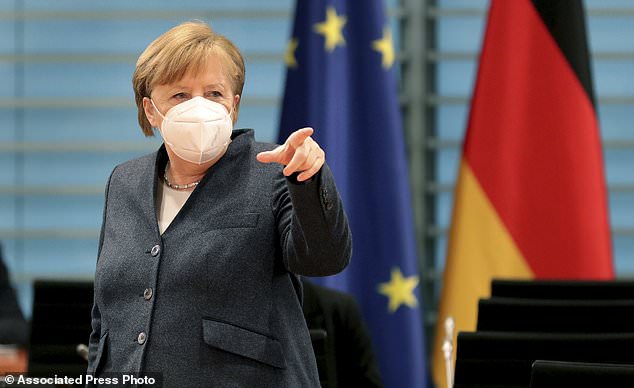 Merkel said 70 of the country´s 401 regions saw the number of new cases go below the target threshold of 50 per 100,000 inhabitants in a week

‘I can see a light shining at the end of the tunnel,’ Merkel said. However, the chancellor also cautioned against ‘false hopes.’

As Germany nears 60,000 confirmed deaths in the pandemic, Merkel said she wanted to wait for fresh data on the prevalence of new coronavirus variants in the country before deciding whether to discuss easing restrictions at a meeting with state governors Wednesday.

Schools, restaurants and most stores have been shut since December, helping push down the number of cases in many parts of Germany.