China has launched a crackdown on influential mobile internet browsers in a bid to block ‘bad information‘ deemed ’unfit for Socialist values’.

The authority said it would carry out a ‘rectification’ of web browsers operated by eight Chinese technology firms, including Huawei and Alibaba, to regulate what officials called ‘chaos’ of information-sharing. 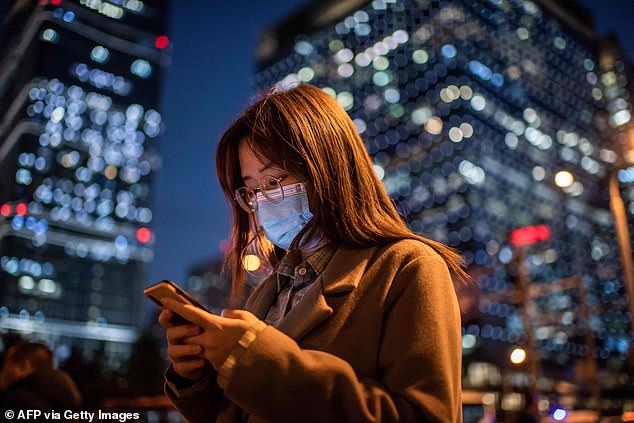 China has launched a new crackdown on influential mobile internet browsers in a bid to regulate what the officials called ‘chaos’ of information-sharing. In this file photo, a woman looks at her mobile phone as she waits to cross a street in Beijing on October 21

China’s strict internet censorship rules have been tightened numerous times in recent years and particularly during the coronavirus outbreak.

WeChat, one of China’s most popular social media apps, started to filter messages about the coronavirus a week before officials acknowledged the virus in January, according to a March report by the Toronto-based research group Citizen lab.

In June, a Chinese state newspaper, The Beijing News, was banned from posting on one of its social media accounts due to its coverage on the local coronavirus outbreak in the city of Beijing.

In the latest crackdown, the Cyberspace Administration of China (CAC) has told firms operating mobile browsers that they have until November 9 to conduct a ‘self examination’ and rectify problems. 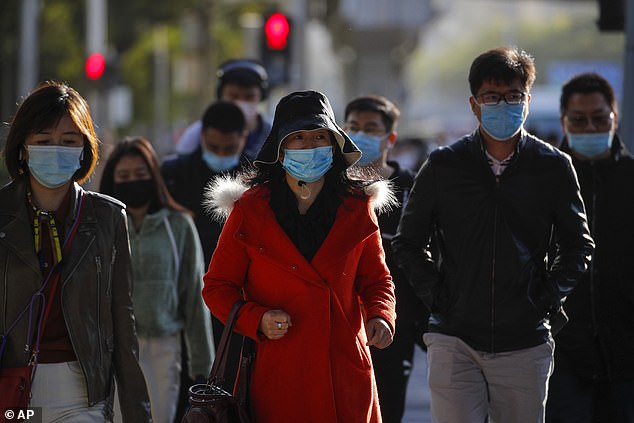 China’s strict internet censorship rules have been tightened numerous times in recent years and particularly during the coronavirus outbreak. Pedestrians are pictured donning face masks to prevent catching the coronavirus while crossing a road in Beijing on October 21 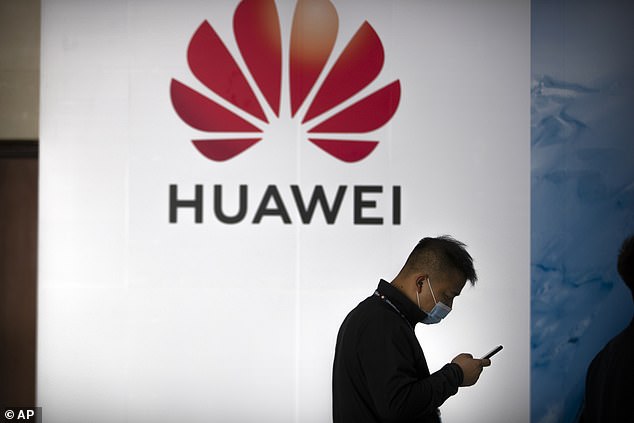 The country’s top cyber authority said it would carry out a ‘rectification’ of web browsers operated by eight Chinese technology firms, including Huawei. A Chinese man is seen in this file picture walking past a Huawei billboard at the PT Expo in Beijing on October 14

The problems include the spreading of rumours, the use of sensational headlines and the publishing of content that violates the core values of socialism, it said in a statement.

‘For some time, mobile browsers have grown in an uncivilised way … and have become a gathering place and amplifier for dissemination of chaos by “self-media”,’ the CAC said, referring to independently operated social media accounts, many of which publish news.

‘After the rectification, mobile browsers that still have outstanding problems will be dealt with strictly according to laws and regulations until related businesses are banned.’ 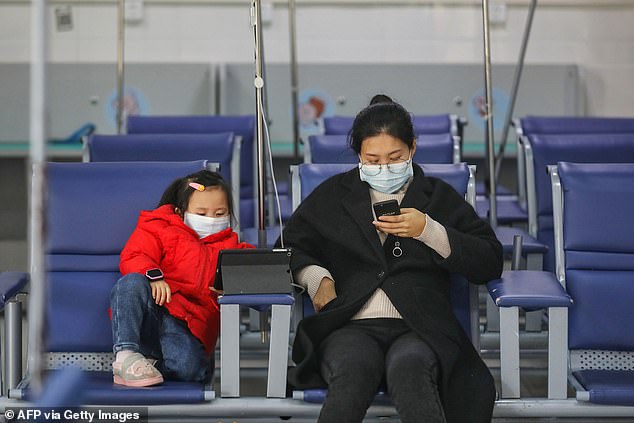 The mobile apps are banned from showing content deemed as against Socialist core values, such as ‘illegal’ independent reporting, sensational headlines and celebrity gossip. A woman browses her phone as she visits a hospital with a child in Wuhan, Hubei on March 13 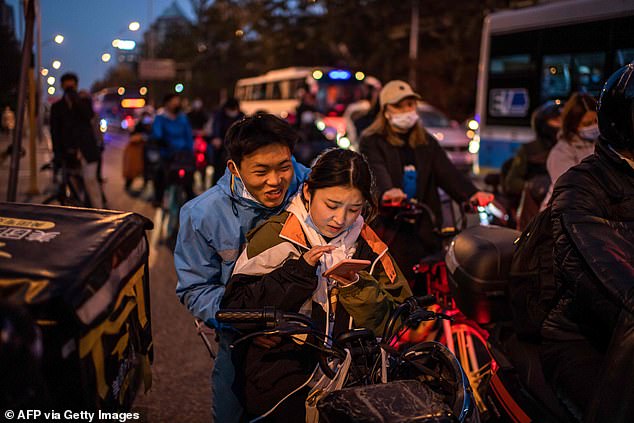 China has ramped up its internet censorship during the coronavirus outbreak. A man and a woman are pictured chatting while looking at a mobile phone in Beijing on October 21

The campaign will initially focus on eight of the most influential mobile browsers in China, including those operated by Huawei, Alibaba’s UCWeb and Xiaomi, it said.

Others include the QQ platform owned by Tencent, Qihoo-owned 360, Oppo and Sogou.

Huawei’s browser unit said in a statement on Tuesday it would conduct a comprehensive self-examination and clean-up in line with the regulator’s requests, and would also place strict controls over ‘self media’ accounts.

Xiaomi and UCWeb declined to comment, while Tencent, Oppo, Sogou and 360 did not immediately respond to requests for comment.