A chef and a waitress who were killed in a car crash were discovered dead by a friend who used a mobile phone tracking app to find them when they went missing, an inquest heard.

Caleb Horncastle, 23, was killed alongside Holly Poyner, 17, when he lost control of his Mini Cooper while driving with his arm in a plaster cast.

The two friends were found in the wreckage of the vehicle which ended up in a field near Hereford on July 23 last year. 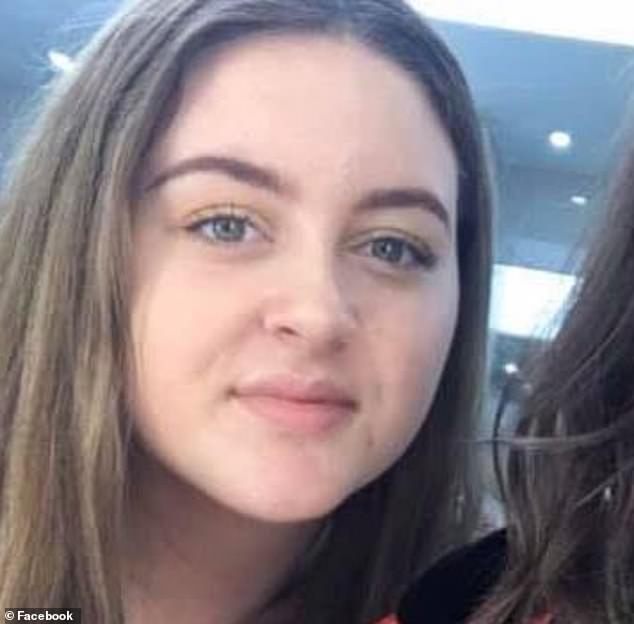 Caleb Horncastle, 23, and Holly Poyner, 17, (pictured) were killed when he lost control of his Mini Cooper while driving with his arm in a plaster cast and ended up in a field near Hereford 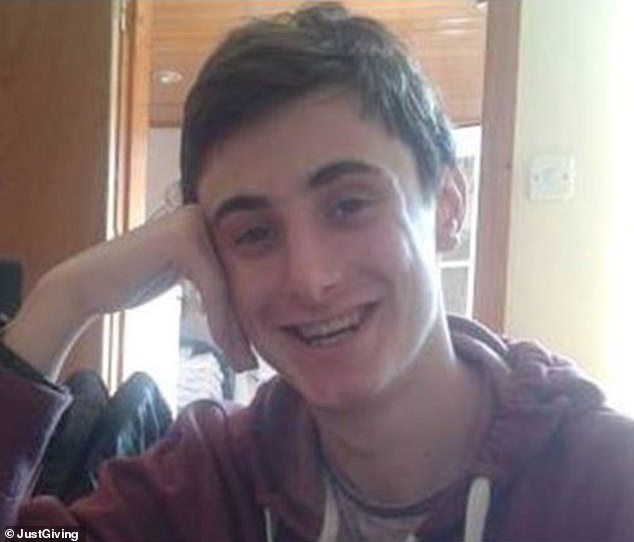 The two friends (Caleb, pictured) were found in the wreckage of the vehicle on July 23 last year after Holly’s best friend used her phone tracker to find her after she did not return home

An inquest heard how Caleb had been driving with part of his hand and arm in a cast when he left the road, hit a grass verge and jumped a hedge into a field.

The pair suffered catastrophic head injuries and were pronounced dead at the scene despite the efforts of paramedics.

Hereford Coroners Court was told how Holly’s mum Samantha Poyner had became worried after waking up to find that her daughter was not in her bedroom.

She had gone to meet friend and pub colleague Caleb and the pair would often met up to go for a drive around the city.

Nikita Hemming, Holly’s best friend, was contacted by Mrs Poyner on the morning of July 24 to see if she knew where her daughter was.

A phone tracking app then showed Holly’s phone was in a field off the Dormington to Mordiford road at Clay Hill Pit.

Miss Hemming, along with another friend and her mother, went to scene shortly after 9am that morning.

Miss Hemming, who had known Holly since she was five, saw a car had crashed into a tree and found the tragic pair dead at the scene. 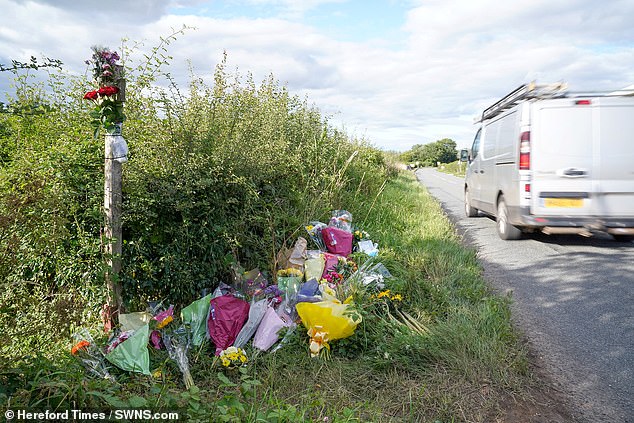 An inquest heard how Caleb had been driving with part of his hand and arm in a cast when he left the road, hit a grass verge and jumped a hedge into a field. Pictured: Floral tributes left at the site of the crash

She phoned emergency services and paramedics and a doctor, who attended the scene shortly after 10.30am, found neither victim had a pulse.

Caleb’s brother Daniel, who shared his love of cars, told the hearing he did not believe having his arm in a cast affected his driving.

Blood tests carried out in the days after the crash showed neither victim had taken drugs, with only a negligible amount of alcohol found.

Giving evidence at the hearing, Mrs Poyner said her daughter was ‘bubbly, happy and clever’.

She said Holly loved working at the Cock of Tupsley in Hereford, where she had met Caleb.

She said the pair were friends and her daughter felt she could talk openly with him.

Investigations by West Mercia Police found no mechanical or structural problems with the car.

Accident investigator PC Howard Latham said visibility during the night would only have been affected by the darkness.

He was unable to give an accurate time for the crash but worked out from automatic number plate recognition cameras that it would have been after 11.25pm. 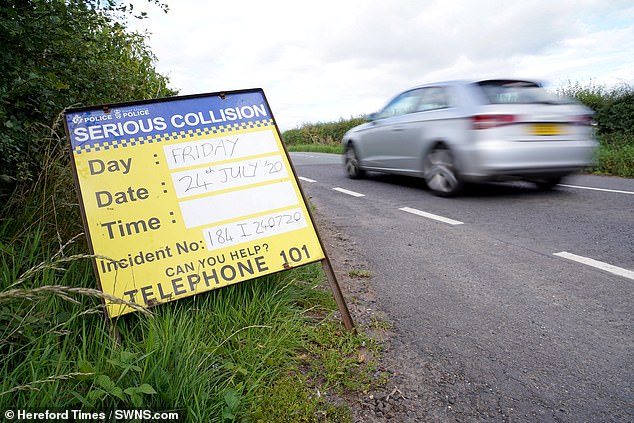 PC Latham said he had calculated the car was likely to have been going between 65 and 70 miles per hour when it hit the verge and jumped the hedge into the field.

Damage to the car’s roof on the nearside and on the front driver’s side suggested there had been two impacts.

Justgiving pages set up for the pair at the time raised over £10,000.

In a tribute on Mr Horncastle’s page, a friend wrote: ‘Caleb would light up even the darkest of rooms, he was a kind and loving person who would do anything for anyone.

‘He is going to be missed by so many people. He was a loving son and an amazing brother and always had a smile on his face.’

A tribute on Miss Poyner’s page said: ‘Our beloved Holly was tragically Killed in a road traffic accident. We are all utterly heartbroken and devastated.

‘We are kindly asking for donations to go towards the funeral Hollie deserves, and also to donate a percentage to the fantastic air ambulance service.

‘We know, Hollie was a very well known and much loved girl. She will be missed by us all.’