Community broadcaster Channel 31 has had its licence extended for three more years after the federal government reversed a decision to end their free-to-air operations.

Communications Minister Paul Fletcher announced the extension on Wednesday evening after a campaign by volunteers, staff and City of Melbourne councillors.

Mr Fletcher said that the existing community TV licence holders, Channel 31 and Channel 44 in Adelaide, will be able to continue to hold their licence until mid-2024. 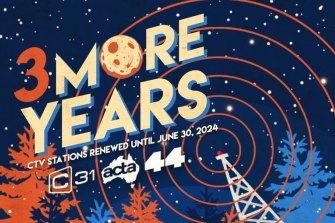 The Age had reported on the disappointment among the next generation of broadcasters facing federal government plans to close the channel’s free-to-air operations at the end of June, despite not planning to use its frequency range for at least three years.

“These measures reflect the government’s approach to simpler, more transparent and more flexible legislation in broadcasting regulation,” he said.

“This will give the two community television licensees more time to transition to online platforms.”

Channel 31 has been a training ground for aspiring broadcasters, producers, sound engineers, directors and screenwriters and has helped launch the careers of TV personalities who are now household names.

Hamish Blake, Andy Lee, Waleed Aly and Gorgi Coghlan all got their start at the community TV station.

Channel 31 general manager Shane Dunlop said it was a huge relief for the team that had been campaigning for an extension for seven or more years.

“Relief is an understatement, it’s been a long seven or so years,” he said.

“It’s a really well-loved institution and a station people are proud of – whether people watch it or not. I think most of the people in the city want Channel 31 to exist.

“What’s been saved is a public asset, particularly over the last 12 months, we’ve been able to keep our community connected and comforted.

“It’s clear there’s a lot of good community TV and I think that’s why we’ve had such strong support across the board.”

The station, along with Channel 44 in Adelaide, has faced uncertainty since 2014 when then-communications minister Malcolm Turnbull ordered it to shift to an online-only model to free its spectrum for new technologies.

Melbourne City Councillor Nicholas Reece, who had spent two days in Canberra lobbying for the extension, said it gave the channel three years to build a bigger and better service, and plan properly.

“It’s a triumph of common sense over bureaucratic boneheadedness. 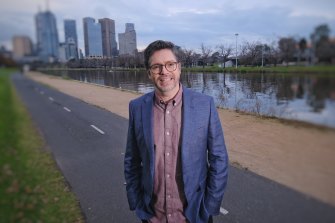 “It’s giving young broadcasters, producers, technicians and all the other important jobs that their first start in what they hope will be a promising career.”

Channel 31, which has broadcast for 26 years, is located in William Street in Melbourne’s CBD and has about 1100 volunteers, students and employees working for it.

The station had been due to shut down its free-to-air broadcasts this time last year but was given a last-minute one-year reprieve.