Cam Newton is getting ready to return to the field for the first time in more than a year on Sunday, when he’ll lead the New England Patriots in their season opener against the Miami Dolphins at Gillette Stadium.

Though it’ll mark just the second team he’s played for in his professional career, the 31-year-old isn’t nervous.

He doesn’t “get butterflies” anymore.

“I’ve been playing in a lot of games in my life, a lot of opening days, to a lot of impactful, meaningful games, and at this particular point in my career I know how to control myself,” Newton said Thursday, via ESPN.

Newton played in just two games last season for the Carolina Panthers until he was sidelined — and eventually placed on the injured reserve list — with a foot injury. He was released this offseason, and then signed a one-year deal with New England.

The former No. 1 overall draft pick and league MVP was named the starting quarterback and voted a team captain last week.

“Excitement level is on 1,000,” Newton said, via ESPN. “I’m excited, happy. Just to get back into the rhythm of game week — the preparation, the little nuggets that you can often forget.

“You have to remember, I’ve been away from football, really, for a full year. I haven’t really had this whole process for a long time now, so being around, taking notes, watching film, finding out about different players each and every day, locking in. [I’m] excited about the game plan and more excited about just trying to get in a routine with the newness of the play calling, the coaches and even the players.”

Newton marks a massive change within the Patriots organization, as he’ll be the first new true starting quarterback since Tom Brady took over in 2001.

While he has a lot to live up to, and people to prove wrong after a disappointing end to his time in Carolina, Newton finally feels like he’s back in a good position — both personally and within Bill Belichick’s system in New England.

“Right now, I’m in a happy place, I feel motivated, I feel a lot of great emotions that are going on and not hindering me from becoming my best self,” Newton said, via ESPN. “Yet through it all, I like it most that I’m just a piece to a puzzle. I don’t want to be the puzzle. I try my best daily to prove my worth to this team and understand there are a lot of guys here who are depending on each other, and I want to be a person the team and these coaches can trust and depend on.

“Two or three months ago, I was questioning a lot of things. Right now, as I’m looking up at Gillette and the iconic logo for the Patriots like, ‘How can I lose?’” 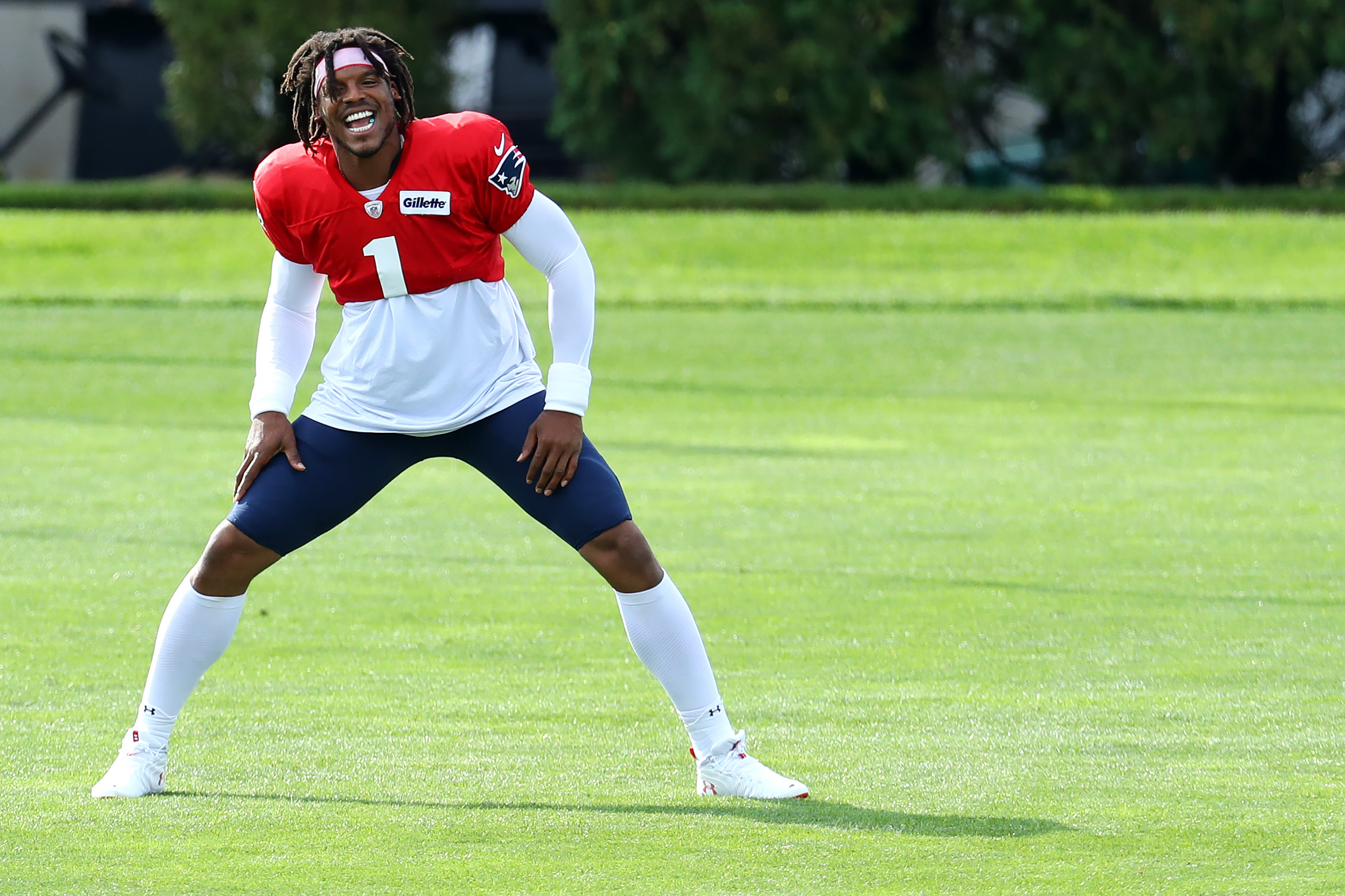 Yahoo Sports is committed to finding you the best products at the best prices. We may receive a share from purchases made via links on this page. Pricing and availability is subject to change.