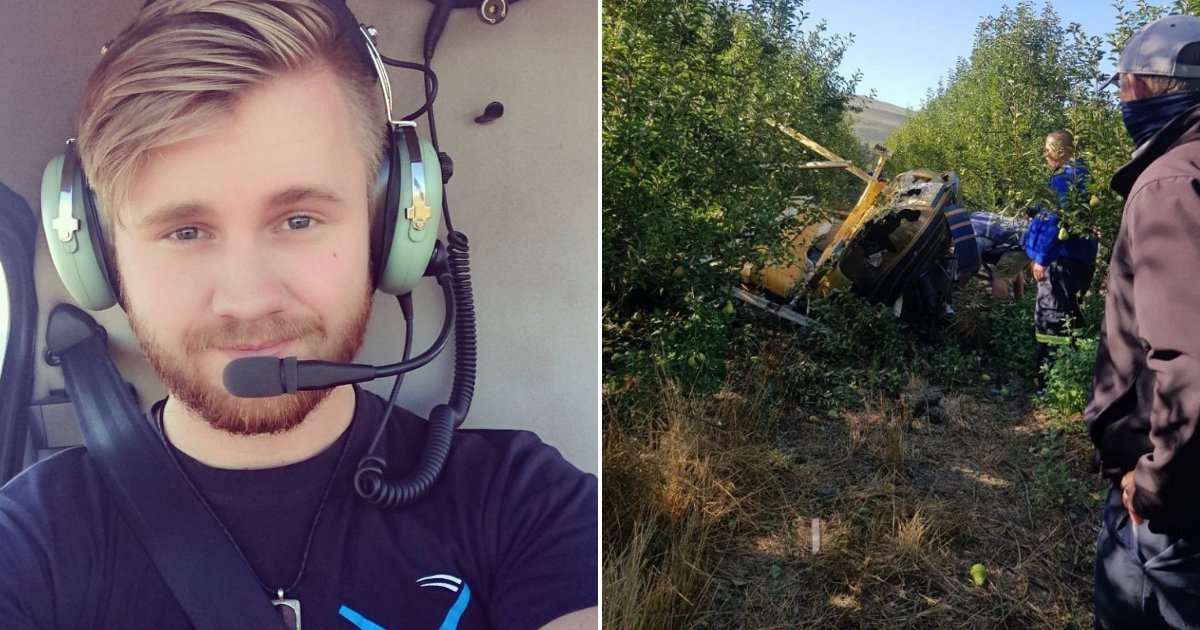 A British pilot has died in a helicopter crash in South Africa while ‘living the dream’ just months after getting engaged to his girlfriend.

Stewart Graham, 25 and from Edinburgh, was killed in the early hours of January 19 while spraying pesticide on Koos Moller’s pear orchards in Silwerstroom Farm, Wolseley, Western Cape.

He was in the air by 4am and had refuelled nearly two hours later when the aircraft clipped the earth cable of an electricity pylon.

His Bell Jet Ranger, loaded with 295 kilograms of pesticide and a spraying rig underneath the helicopter, plummeted nose-first into the ground after breaking apart in mid air.

The Scottish pilot was killed instantly.

Following a four-month investigation by the Civil Aviation Authority, published on June 4, it said there were no signs of a mechanical failure and the weather conditions were very good.

The report added: ‘It is possible that at the time of collision with the earth conductor, the helicopter might have been in a nose-down attitude.’

‘This might have prompted the pilot to attempt an evasive manoeuvre which may have resulted in one of the main rotor blades severing the left-front and midsection of the helicopter, as well as the tail boom section.

‘The distribution of the wreckage is indicative of an in-flight break-up, which resulted in the helicopter’s debris being scattered at a diameter of about 80 metres around the main wreckage.’

Graham worked as operations manager for Heli X Charters, and had flown more than 1,360 hours since getting his commercial licence in 2017.

According to the news site TimesLIVE, he had 500 hours of flight experience in the single-engine Bell Jet Ranger helicopter, commonly used for crop spraying in South Africa.

He had also become engaged four months prior to his death, and called it a ‘privilege to live and fly in such a beautiful country’.