Paris: Britain has dispatched two navy patrol boats to the British Channel Island of Jersey after France threatened to cut power supplies to the island did not grant full access to French fishermen under post-Brexit agreements.

Prime Minister Boris Johnson pledged his “unwavering support” for the island after he spoke with Jersey officials about the prospect of a blockade by French fishermen, some of whom have vowed to bring the island “to its knees”.

Johnson “stressed the urgent need for a de-escalation in tensions,” a spokesperson for Johnson said. “As a precautionary measure, the UK will be sending two offshore patrol vessels to monitor the situation.” 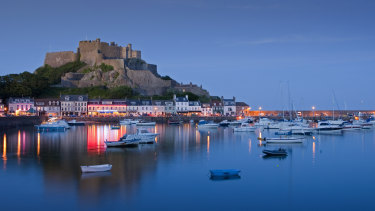 Earlier, France’s Seas Minister Annick Girardin said she was “disgusted” to learn that Jersey had issued 41 licences with unilaterally imposed conditions, including the time French fishing vessels could spend in its waters.

“In the (Brexit) deal there are retaliatory measures. Well, we’re ready to use them,” Girardin told France’s National Assembly on Tuesday.

“Regarding Jersey, I remind you of the delivery of electricity along underwater cables … Even if it would be regrettable if we had to do it, we’ll do it if we have to.”

With a population of 108,000, Jersey imports 95 per cent of its electricity from France, with diesel generators and gas turbines providing backup. 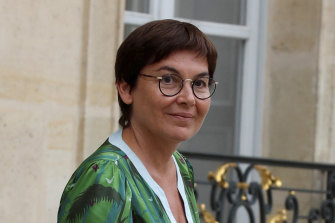 Around 100 French fishing vessels are expected to arrive in the port on Thursday (Friday AEST) to protest over access to the waters around the island.

The fishermen – angered by Jersey’s decision to place new restrictions on fishing licences permitting access to its waters – have threatened to bring the island “to its knees”.

Didier Leguelinel, from the Normandy fishing committee, warned: “The general feeling is that we have been insulted by the Jersey government.”

He did not think he could prevent the fishermen from blockading Jersey. Fishermen shouted: “We’re going to block St Helier and stop [Jersey] fishermen from unloading their fish products in our ports” during a meeting on Monday.

David Sellam, the head of the joint Normandy-Brittany sea authority, said: “We are confronted by people who are not trustworthy. Jersey has been taken over by an extremist fringe who want to reduce French fishing access and profit from Brexit.

“We’re ready for war. We can bring Jersey to its knees if necessary.”

On Wednesday night, a Downing Street spokesman said: “The Prime Minister underlined his unwavering support for Jersey. He said that any blockade would be completely unjustified. As a precautionary measure, the UK will be sending two offshore patrol vessels to monitor the situation.”

Jersey’s government said France and the European Union had expressed their unhappiness with the conditions placed on fishing licences.

“This is not the first threat that the French have made to either Jersey or the United Kingdom since we are into this new deal,” Gorst told the BBC. “It would seem disproportionate to cut off electricity for the sake of needing to provide extra details so that we can refine the licenses.”

Britain is responsible for the island’s foreign relations even though Jersey is not technically part of the UK. The Channel Islands are self-governing dependencies of the UK that have their own administrations and elected legislatures. 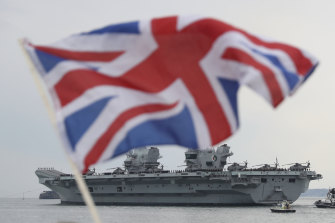 French government spokesman Gabriel Attal declined to comment on the electricity issue on Wednesday, but he expressed France’s “total determination” to fully implement the post-Brexit agreement with the UK, especially regarding the fishing industry.

“We will continue to do everything we can to make sure this agreement is respected,” he said.

The rocky island sits 23 kilometres off the northern French coast and 140 kilometres south of Britain’s shores.

The French threat is the latest flare-up over fishing rights between the two countries.