British husband in ‘murder-suicide’ crash probe: Briton is killed in head-on collision in Spain, with body of wife ‘who had died days before’ in his campervan

Police believe a British camper van driver may have deliberately crashed into a lorry after murdering his wife several days earlier following a row.

Detectives think that the 38-year-old man deliberately ended his life with the horror smash while he was still carrying his alleged victim’s body in their mobile home.

The unnamed Brit died instantly in the crash last Friday afternoon on the A-381 motorway close to the town of Los Barrios near Gibraltar.

Police and firefighters later discovered the body of his 41-year-old French wife in what was left of the campervan. 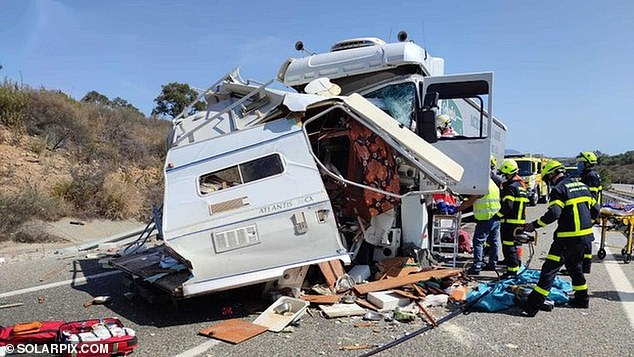 Reports at the time said it was being driven on the wrong side of the motorway when the head-on smash happened.

And today Civil Guard investigators said everything was pointing to the accident being a probable murder-suicide after an autopsy revealed the woman had died days before the collision.

One police source said: ‘It does appear at this stage that the driver deliberately crashed his vehicle when his wife was already dead inside.’

Spanish press are reporting the incident as a murder-suicide and say the police probe is now being conducted as a domestic violence investigation. 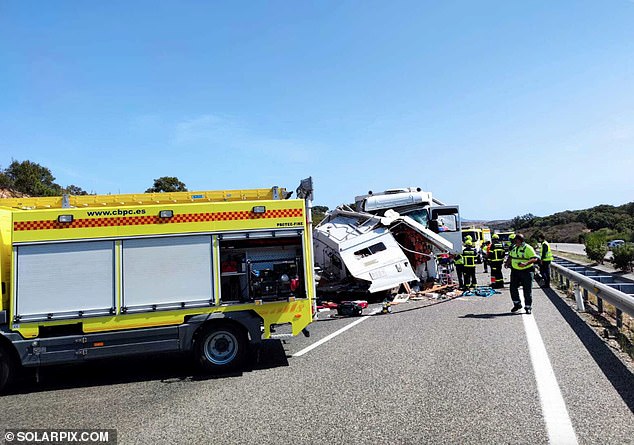 The crash happened around kilometre 75 of the A-381 motorway at 2.15pm last Friday.

The 43-year-old lorry driver, believed to be a Spaniard from Dos Hermanas, near Seville, was taken to hospital ‘seriously injured.’

His current condition was not immediately clear today.

The local Civil Guard force has yet to make any official comment.