A BRIT granddad who won legions of fans with his CNN Covid jab interview jab is an anti-apartheid campaigner and is lifelong pals with Desmond Tutu, who is also his daughter’s godfather.

Martin Kenyon, 91, went viral yesterday for his no-nonsense interview with a bewildered reporter outside Guy’s Hospital in London. 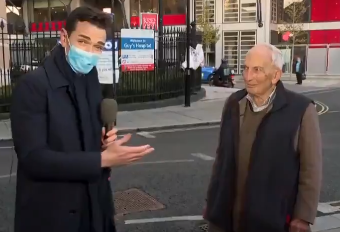 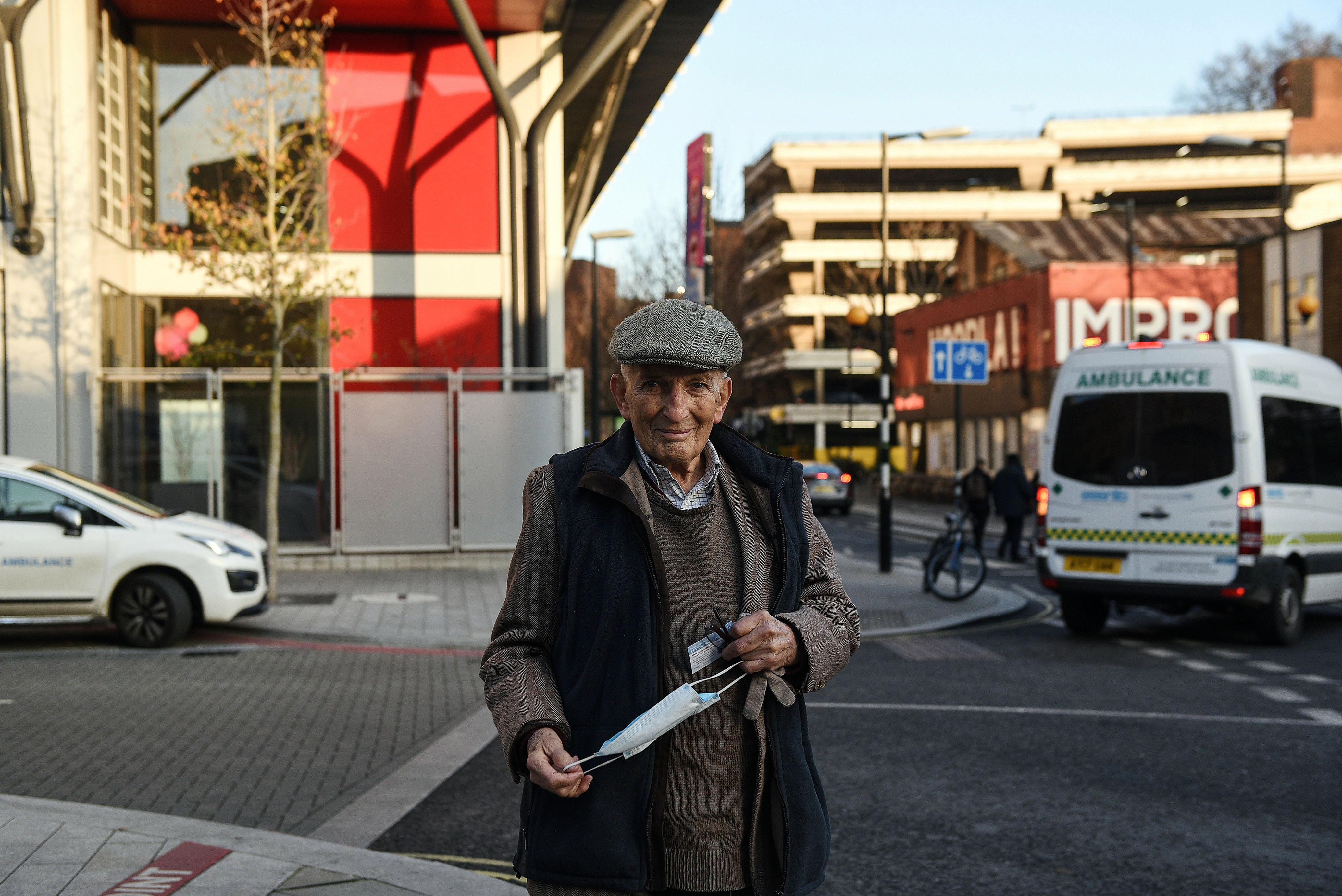 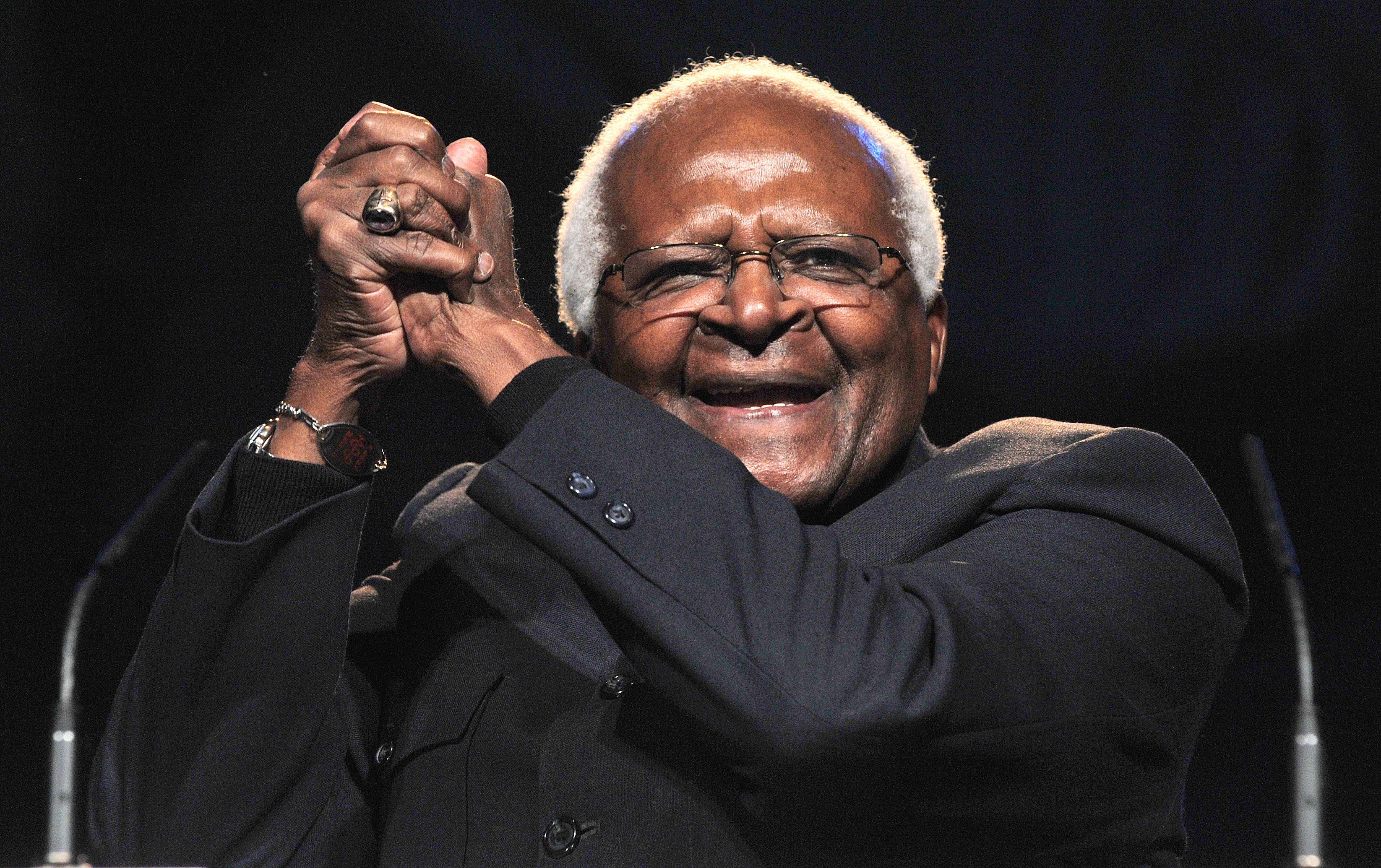 The granddad was hailed a "national treasure" by many who watched the interview, in which Martin complained about receiving a "nasty lunch" at the hospital and struggling to find a parking space.

But the granddad today laughed off his celebrity status, telling GMB it was “ridiculous” that he had found global fame after his interview and that life hadn't changed at all.

Speaking to The Sun Online at his home, he revealed that he had spent years campaigning against apartheid in South Africa, and also helped to look after foreign students who came to Britain as a member of the Overseas Students Trust from 1963-1993.

During a long life of activism, Martin met with Martin Luther King, Nelson Mandela and also helped Archbishop Desmond Tutu to settle into London life as a young student.

He told The Sun that the pair had “not stopped talking” when they met in 1965, and continued a lifelong friendship.

I have no idea if he’s seen me on TV, I expect he’s had other more important things to look at

Martin added: “I can ring him up but he’s usually asleep. But we’re very great friends.

“I have no idea if he’s seen me on TV, I expect he’s had other more important things to look at!”

The Archbishop also became godfather to Martin’s daughter Nina, now 43, and made local headlines when he appeared at her wedding in 2008.

"He is a lovely, lovely man with a wonderful family and we are all just so thrilled he was able to share our very special day with us."

The retired activist grew up in Shropshire and later attended Eton, before going on to read history at Corpus Christi College at the University of Oxford.

As a member of the Royal Welch Fusiliers, Martin's father fought in the First World War at the Battle of the Somme and in Italy.

The former activist also says he hasn’t felt alone at all despite not being able to see family as frequently as before due to the pandemic.

He told reporters: “It’s not been lonely at all.

“I live alone but I’m not lonely.

"My daughters have been to visit me in London by themselves a few times and I’ve got many great friends."

The family plan to spend Christmas in their cottage near the Long Mynd in Shropshire, and Martin added: “It will be lovely. We can’t wait.”

Martin said it would be the first time the whole family had all been together since the beginning of the pandemic.

Martin also left Brits in stitches after he asked GMB host Piers Morgan "who are you?" in a hilarious jibe.

Speaking about getting the vaccine yesterday, Martin said: "Well it seemed sensible to get on with it because I have two delicious grandchildren and I've not been able to hug them for several weeks, months.

"I'm planning to spend Christmas with them all. And I thought if I have the vaccine, then I can hug them."

And then he began laughing at his own words, adding: "Well, hug is a silly word isn't it."

Martin, being interviewed outside his home in Stockwell, London, was then shocked to find out that Piers already knew his own grandchildren's names – little Leo and Molly.

At which point the 91-year-old brazenly asked the host: "Now, who are you? Who are you?"

Piers and Susanna erupted into fits of laughter at the jibe – before Martin hit back at Piers again, saying: "He's laughing at his own jokes now."