Home » World News » Boy, 13, bullied for his love of books gains 170K followers on Instagram account he set up to talk about reading

A 13-YEAR-OLD boy has gained more than 170,000 followers after being bullied about an Instagram account he used to talk about his favourite books.

Callum Manning, from South Shields, started his Instagram page Cal's Book Account so he could flag up books he liked to his friends. 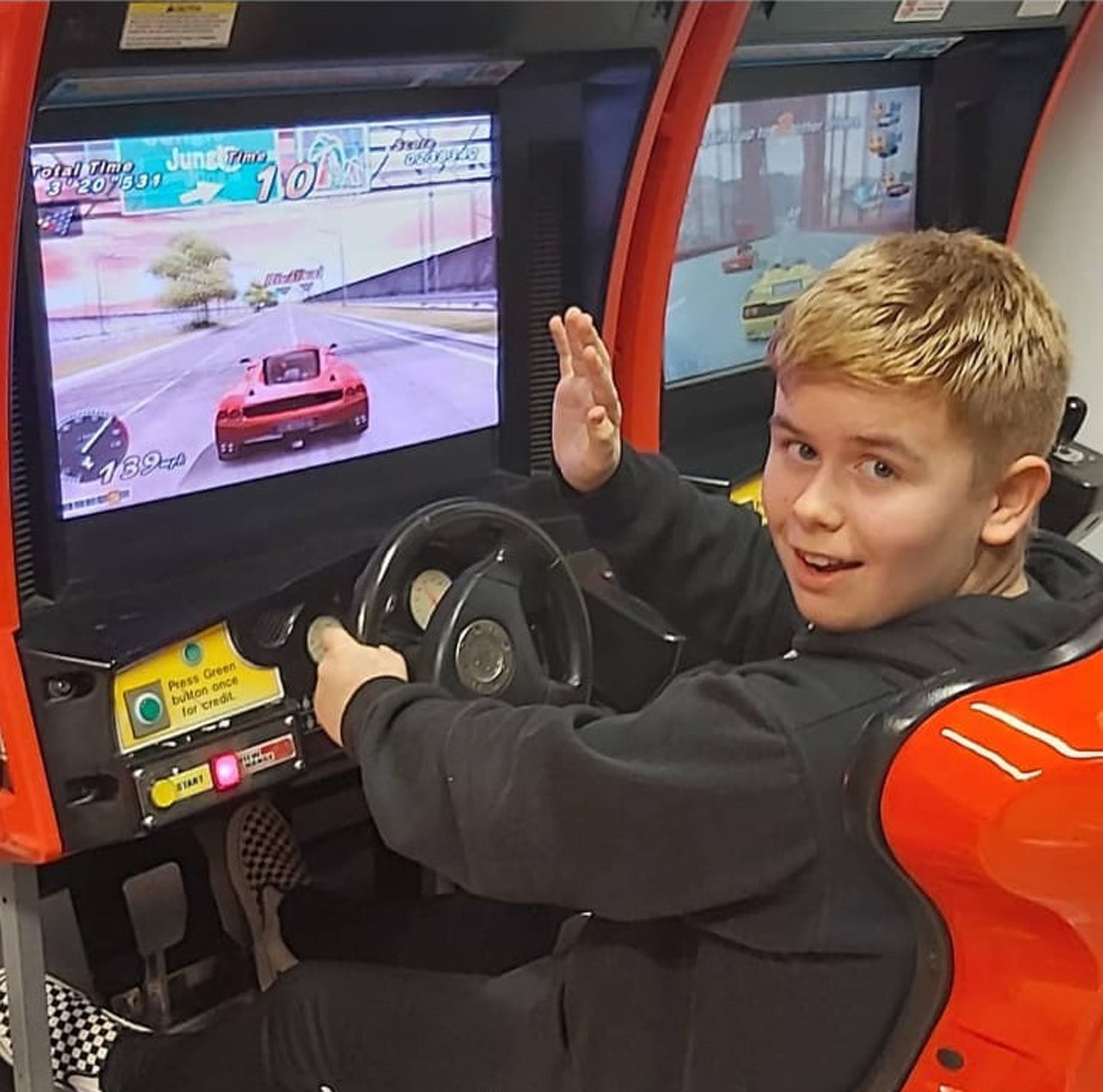 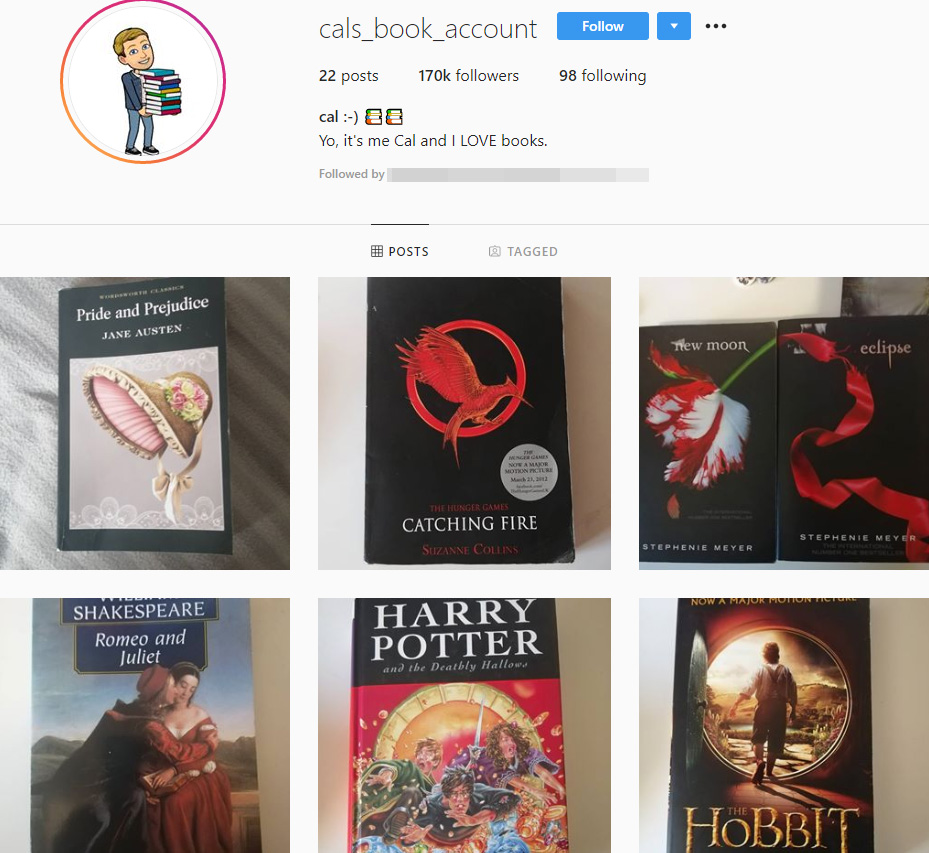 But when people started sending insulting messages to a group chat he had joined at his new school, he was left "devastated".

He said: "I don't tend to cry that often but I think that was the first time in a while I've actually cried."

Things turned around when Callum's sister, Ellis Landreth, wrote about the incident on Twitter.

"My little brothers made an Instagram reviewing and talking about books and kids in his new school have seen it and have created a group chat calling him a creep slagging him off about it and added him to it so he could see."

Ellis, 24, said she was hoping "20 or 30 of my friends (would) like a few of his posts or follow him or give him some words of encouragement".

But within a few hours he had amassed thousands of new followers as people who saw the tweet rushed to support him.

Callum added: "People saw it and people just thought 'it's not right' because it isn't. Then I started getting loads of comments from everyone showing their support.

People saw it and people just thought 'it's not right' because it isn't. Then I started getting loads of comments from everyone showing their support.

"I just think it's really nice that there's still people in the world who are nice."

By Sunday morning his follower count had surpassed 50,000, while shops, authors, publishers and members of the public were offering to send him more books to read and review.

Among those to contact him was Caroline Kepnes, author of the book You.

Callum said: "She's one of my favourite authors – she texted us, which was really cool. Obviously I'm a really big fan so I was kind of nervous but that was really cool."

Some of Callum's new followers have been surprised to see books by the likes of Jane Austen, George Orwell and Mary Shelley feature on his account, alongside Harry Potter and Twilight novels.

"He's been reading since he was really young but he reads like Crime And Punishment and stuff that probably not your average 13-year-old would be interested in reading.

"He reads everything and anything."

And it seems his collection is about to get bigger as offers to send free books roll in from around the country.

"I don't know where we're going to put all these books," she said. "I think we're going have to go to Ikea and get some bookcases."

Ms Landreth, 43, hopes Callum's story will help spread the message that bullying should not be tolerated.

"On Friday night he was in tears," she said. "He was absolutely devastated that people could be so cruel.

"And since this has been happening, his confidence has just soared. He's a lovely kid, he's a very loving kid, and he's just saying, 'I can't believe these people want to follow me on Instagram and want to send me stuff'.

"We're just so shocked. It's been absolutely brilliant. He's just over the moon."

Callum added: "I never thought this would ever happen, this just happened out of the blue, and it's just showed that there are good people in the world." 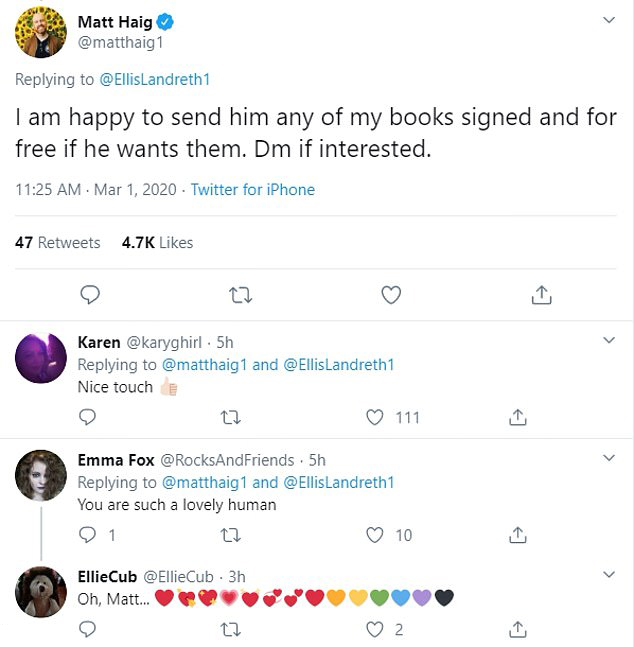