Death of boy, 10, who was killed by falling barrier at Topshop store was an accident, jury rules 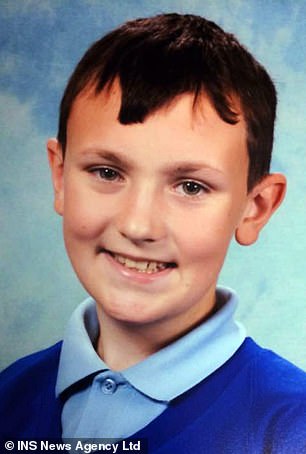 Kaden Reddick, 10, from Reading, Berkshire, died after he was crushed by a queue barrier in a Topshop store on February 13, 2017

The tragic death of a 10-year-old boy – who was crushed by a tumbling shop barrier four times heavier than him – was an accident, a jury concluded today.

Kaden Reddick was spotted swinging on the queue barrier just minutes before it toppled on top of him, hitting him in the face and fatally injuring him at a branch of Topshop on February 13, 2017.

The jury of eight men and three women decided today that although the 180 kg queue barrier was ‘inadequately fastened,’ the considered conclusion was accidental death.

Schoolboy Kaden had been to watch the PG film ‘Sing’ at the Vue cinema in Reading, Berkshire, with his mother, grandmother and siblings before they decided to go shopping, starting in Topshop in the town’s Oracle Centre.

During the 10-day inquest, the jury heard how the boy, who was born in Truro, Cornwall, was seen running around the popular clothing store in the Oracle with his sister, before they began squabbling about sweets.

His mother Lisa Mallet said: ‘I remember my daughter picking up some coconut mushroom sweets from one of the barriers. Kaden said “she has some sweets, I want some” and I remember saying “you have just been to the cinema”.’

‘One of the reasons we went shopping was because Kaden had a pre-paid card. Kaden said something about going to buy poptarts with his card because he wanted to take part in the poptart challenge. Then I heard a smack and Kaden was on the floor with the barrier on top of him.’

Paramedics rushed in and whisked the boy by ambulance to the Royal Berkshire Hospital in Reading. However, tragically, at 5.18pm the boy – formally identified by his heartbroken grandmother – was declared dead.

A post mortem examination by pathologist Dr Brett Lockyer confirmed the child had suffered a ‘complete fracture of his skull and facial bones’ following the fall. 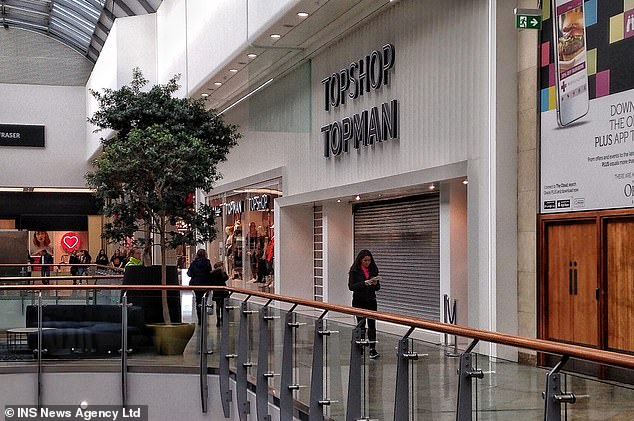 The incident happened at Topshop’s store in the Oracle Centre in Reading, Berkshire 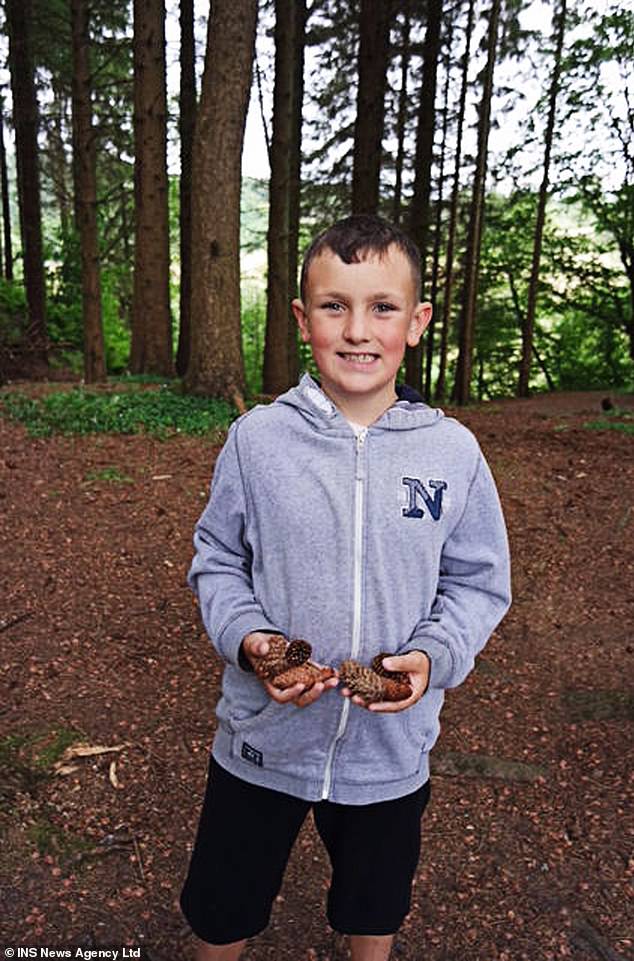 His mother Lisa Mallet paid tribute to the youngster: ‘Kaden was my second son and he was the little boy who changed life forever. He arrived two weeks past his due date, I should have known that was the beginning of his personality coming through. He was always stubborn and so head-strong, he was a cheeky little boy’

The primary school pupil from Reading, Berkshire, was praised by his mother in an emotional tribute which she read to the jury. She said: ‘Kaden was my second son and he was the little boy who changed life forever.

‘He arrived two weeks past his due date, I should have known that was the beginning of his personality coming through. He was always stubborn and so head-strong, he was a cheeky little boy.

‘A sweet boy who always took care of the other children smaller than him – he was tall for his age so there were quite a few.

‘He was extremely caring and doted on his younger siblings, he was a generous and loved helping out. Although he was only 10 years old he seemed so much older than his years.

‘He loved school but I think he would be more at home as a teacher than as a student. He was a loving little boy and his death has left a massive hole in our lives.’

Despite hearing evidence of how just a week before, on February 7, 2017, a similar accident took place in Topshop in the Silverburn shopping centre, Glasgow, where a 10-year-old girl fractured her skull after a queue barrier fell on her – the jury today concluded a verdict of ‘accidental death.’