BORIS Johnson has warned the Covid swell in Europe could hit the UK despite the speedy vaccine rollout as he rejects calls for faster lockdown easing.

The Prime Minister raised fears the UK could “follow the upwards curve” being seen among countries in Europe as they battle to get to grips with rocketing Covid rates. 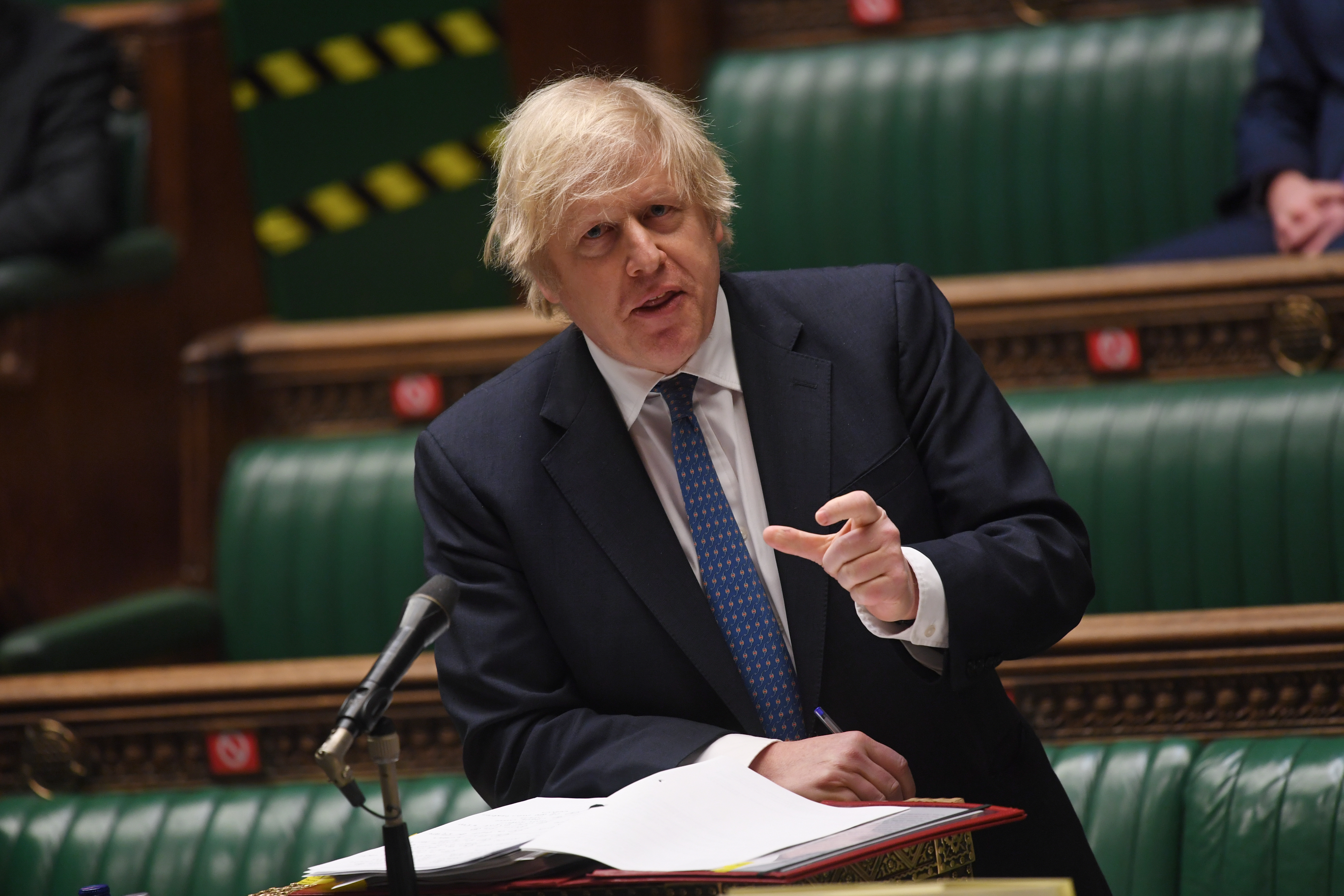 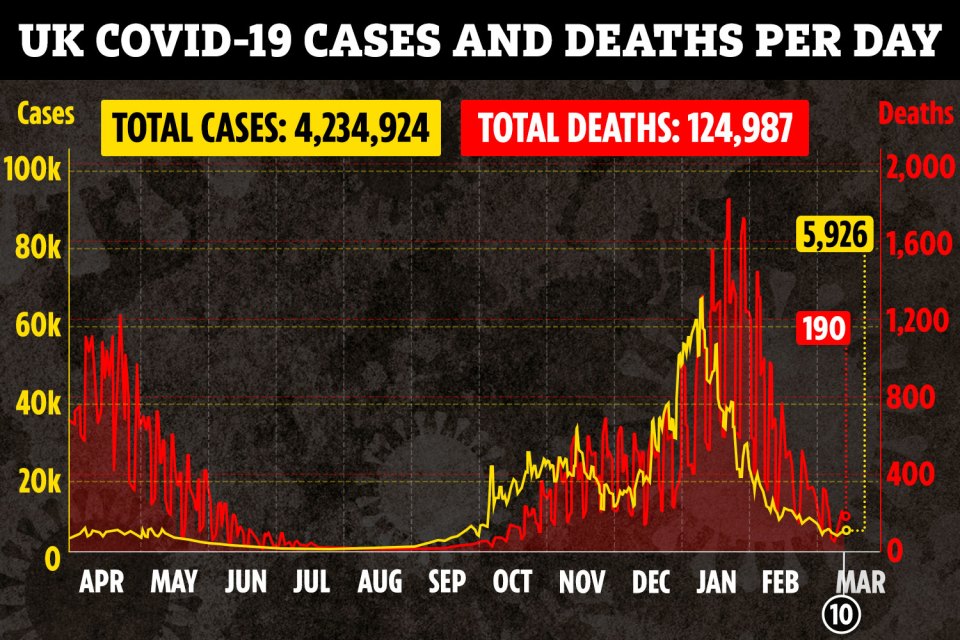 He warned the “rate of infection is still high” and despite the successful jabs rollout carrying out a huge 24 million vaccinations so far, confirmed the lockdown exit would be no earlier than June 21.

“I know there are plenty of people who think we should be going faster out of lockdown,” the Prime Minister wrote in The Telegraph.

“But we must recognise that the rate of infection is still high – much higher than last summer.

“We can see the signs of a surge of Covid among some of our European friends, and we remember how we in the UK have tended to follow that upwards curve, if a few weeks later.”

The Prime Minister’s warning comes as the UK’s Covid infection rate is now among the lowest in Europe.

Latest figures show the number of people to die with Covid in the UK has dropped again as another 190 casualties were recorded.

Fatalities are down 81 per cent on the number recorded this time last month, when 1,001 more deaths were reported.

Meanwhile, a further 5,926 people tested positive overnight – a drop of 54 per cent on February 10, when 13,013 people were newly-diagnosed.

Despite the positive turn in the Covid tide in the UK, the PM warned people should not jump the gun on lockdown restrictions.

He warned people to be wary of a possible upsurge in cases, like that seen across Europe.

While countries grapple with vaccine supply and rollout others, like the Czech Republic, have seen such a tsunami of cases they are having to send patients abroad for treatment.

“We know how fast this disease can take off, and that Monday’s successful return to school will inevitably add to the budget of risk,” said the PM.

“The overwhelming majority of people – and businesses – would prefer us to take steps that are cautious but irreversible, rather than go backwards again." 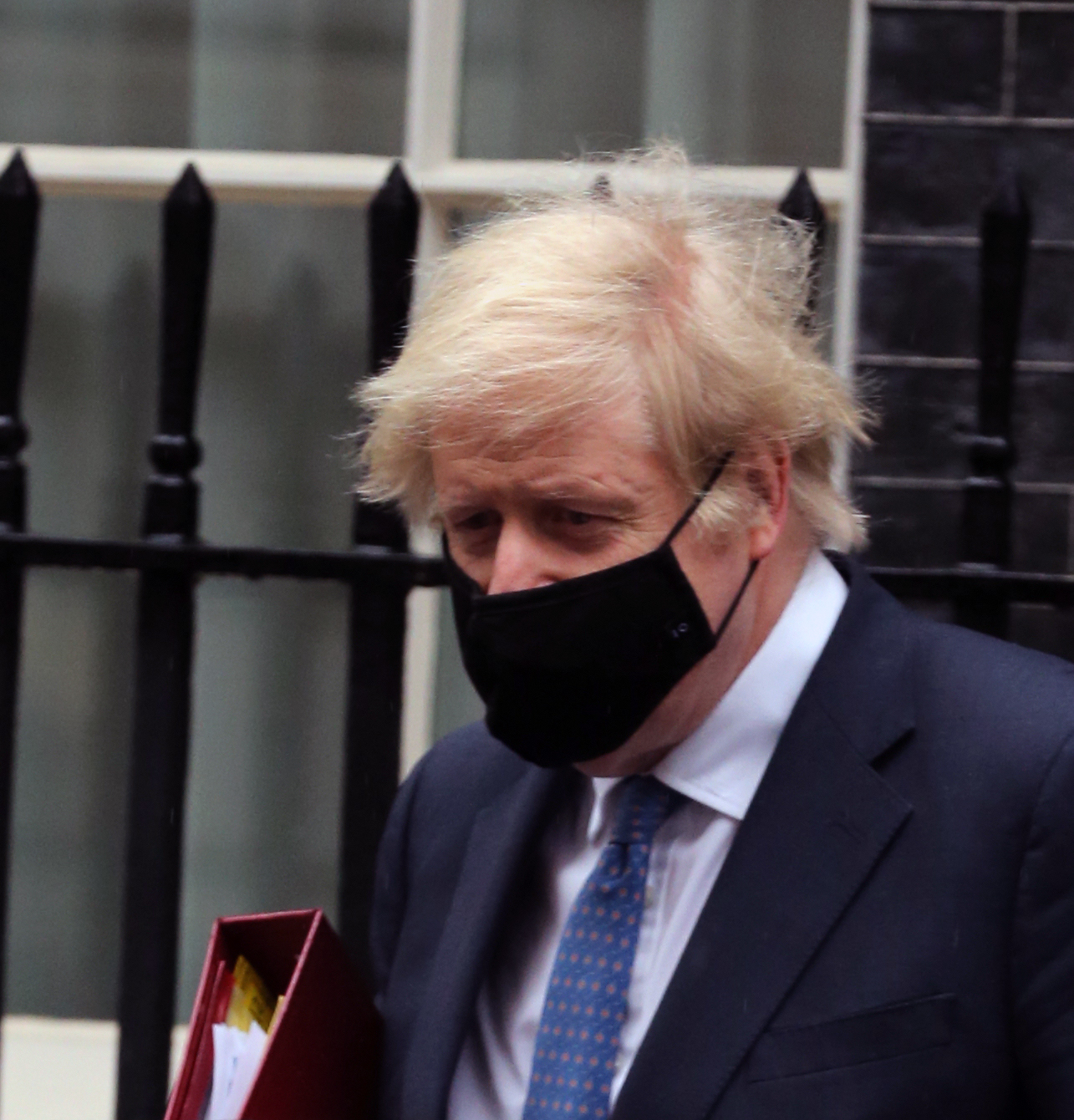 "They would rather trade haste for certainty," added Johnson.

“So we will continue on the roadmap we have set out, step by step, jab by jab, until we can get absolutely everything open, at the earliest by June 21.

"Businesses know how much time they have to plan, and to get ready, and we in government cannot afford to waste a second of the coming weeks.”