Around 48million voters can cast ballots today in the biggest test of electoral opinion since the 2019 general election.

Both Labour and Tory sources believe the jab triumph, coupled with the slow return to normality after a year of lockdowns and Covid deaths, could improve the Government’s prospects. 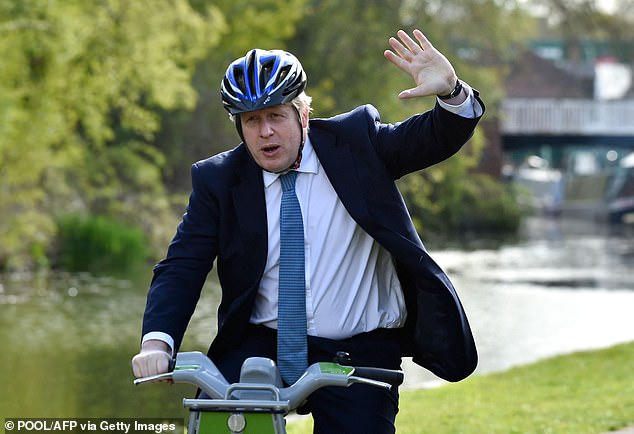 In the first boost, a study in The Lancet found that vaccines rather than lockdowns have been the ‘key driver’ in cutting infections, raising hopes of a definitive end to devastating virus restrictions.

The report in the respected medical journal said ‘high vaccine coverage might provide a sustainable path towards resuming normal activity’.

In a second development, Whitehall sources said the impact of vaccines was so profound that the Prime Minister expected the one-metre rule to be axed next month, allowing life to return to near normal.

This will let ministers lift the ‘work from home’ order, breathing life back into offices and town centres.

It will also allow for the return of normal socialising in pubs and restaurants.

And in a third boost, analysts expect the Bank of England to ‘significantly’ increase its growth forecasts today as the success of the vaccine programme becomes clearer.

It predicted in February that the economy would grow by 5 per cent this year. But Barclays believes it could be 6.5 per cent, the fastest rate since records began in 1948.

Thousands of council seats across England are up for grabs, along with key mayoral contests, elections to the Scottish and Welsh parliaments and a by-election in Hartlepool. 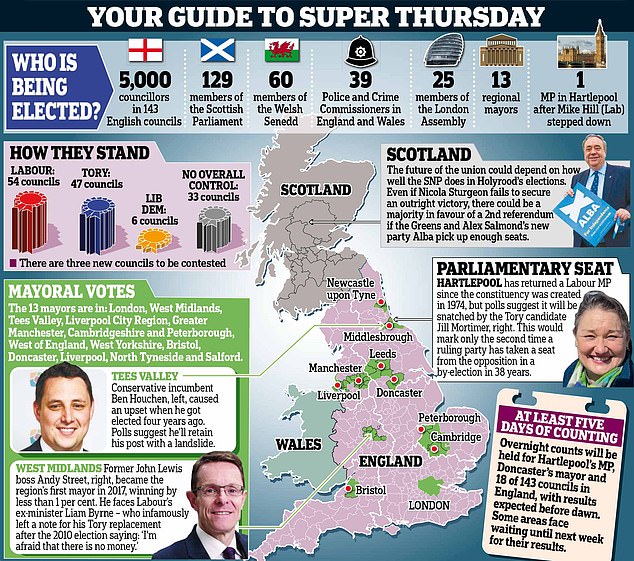 Senior Tories were optimistic last night that they would defy the normal mid-term slump and deal a demoralising blow to Labour.

Polls also suggested that the one-sided contest in London is tightening, even though Sadiq Khan is still expected to secure a second term for Labour. In other developments:

Downing Street has resisted Tory calls to accelerate the roadmap out of lockdown, despite the collapse in Covid cases.

But a Whitehall source said it was now the ‘central expectation’ that the one-metre rule would be axed from June 21. Businesses will be encouraged to facilitate testing for staff and masks are likely to continue on public transport for some time.

The Prime Minister is already set to lift the blanket ban on foreign holidays from May 17. 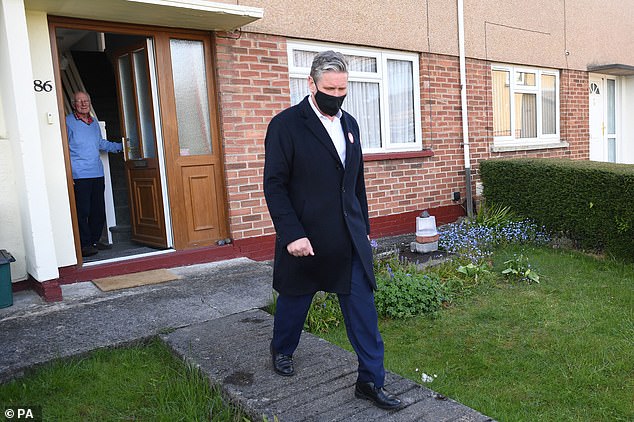