A bomb plotter who wanted to blow up a nightclub will be kicked out of Britain within weeks after losing his court appeal for freedom.

Jawad Akbar, 37, plotted to blow up Bluewater shopping centre in Kent, bomb the Ministry of Sound nightclub in London and set off a radioactive ‘dirty’ bomb.

Akbar, of Crawley, West Sussex, waged a human rights battle funded by legal aid in 2018 to move to an open prison, but appeal judges have thrown out his bid, according to The Sun. 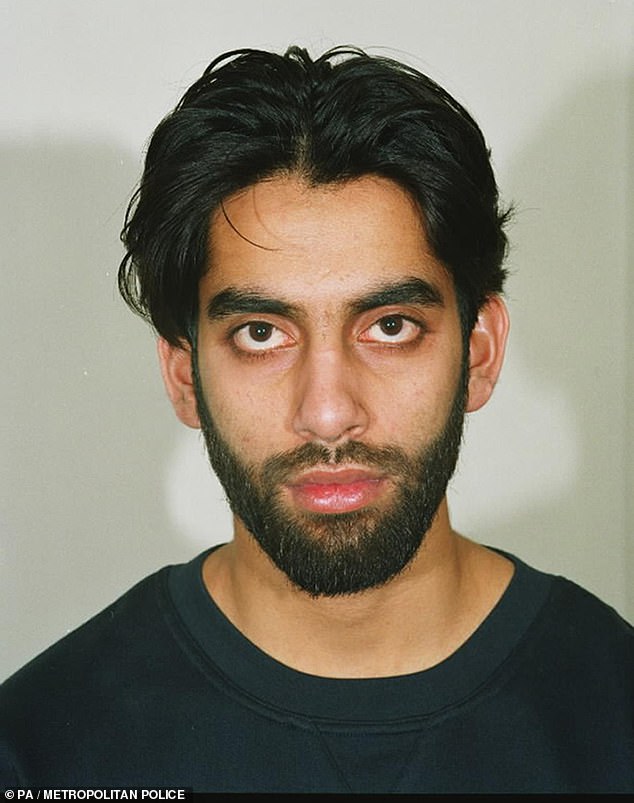 Jawad Akbar (pictured), 37, of Crawley, West Sussex, could be deported to Italy, his father’s homeland, as early as September after losing his court appeal 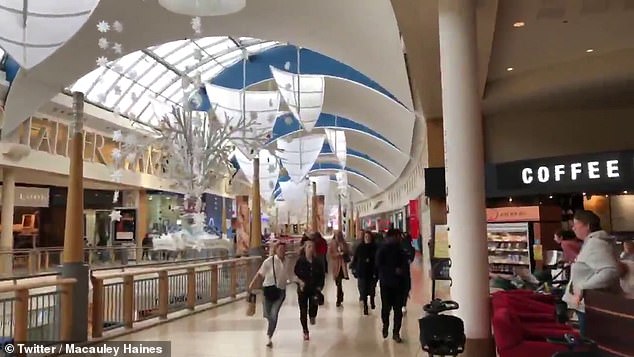 Akbar plotted to blow up Bluewater shopping centre (pictured), bomb the Ministry of Sound nightclub in Central London and set off a radioactive ‘dirty’ bomb

Judges said moving Pakistan-born Akbar, who has served more than 17 years, to an open prison would be ‘wasteful and unnecessary’ and warned he would try to flee while on day release.

Akbar is currently in HMP Mount in Bovingdon, Hertfordshire, but could be deported to Italy, his father’s homeland, as early as September, which marks the end of his sentence.

He said: ‘The UK justice system is intent on keeping Britain safe and preventing a convicted terrorist from manipulating the rules for his benefit.

‘Those who endanger the lives of British citizens will not set their own terms for imprisonment.’

In 2007, Akbar and four other men linked to al-Qaeda were convicted of planning to bomb the Bluewater shopping centre, along with the Ministry of Sound nightclub in Central London, the gas or electricity network and Parliament during Prime Minister’s Questions. 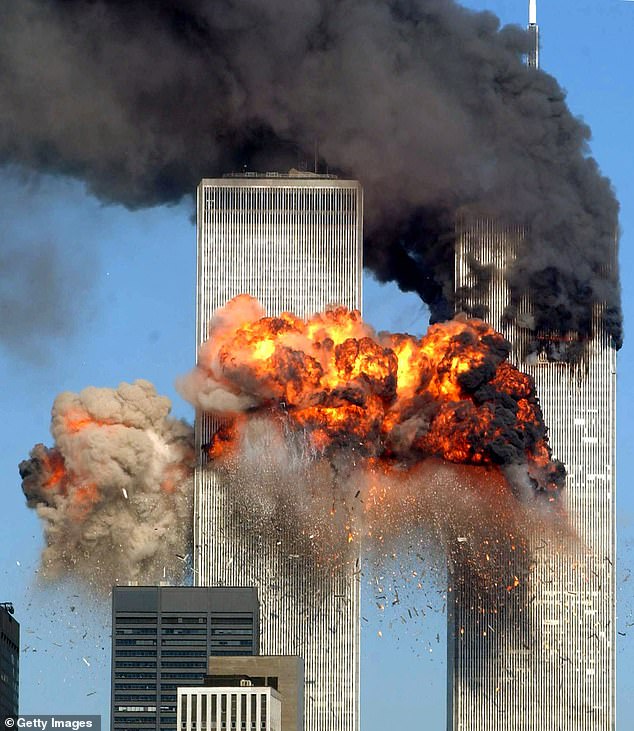 Fired on by the World Trade Centre attacks (pictured), the group of men talked of bombing the Houses of Parliament and toyed with the idea of using a nuclear bomb

Following the World Trade Centre attacks in 2001, they talked of bombing the Houses of Parliament and toyed with the idea of using a nuclear bomb.

The conspirators were happy to discuss almost any target – Tube trains, gas and electricity plants, nightclubs and a giant shopping centre were all mentioned.

Omar Khyam, Waheed Mahmood, Anthony Garcia, Jawad Akbar and Salahuddin Amin were all jailed for life following a year-long trial at the Old Bailey in London.

The group, some of whom met two of the July 7 London suicide bombers, had bought 1,300lb of ammonium nitrate fertiliser from an agricultural merchant to prepare for their attacks.

The al Qaeda-linked group plotted in England and Pakistan before the July 7 underground bombings in London were even conceived.

In one conversation, Omar Khyam and Jawad Akbar talked of a suicide mission involving a British Airways plane.

Khyam said: ‘Imagine: you’ve got a plane, 300 people in it, you buy tickets for 30 brothers in there. They’re massive brothers, you just crash the plane. You could do it easy, it’s just an idea.’

Khyam wanted a series of bombs to go off at the same time or one after another on the same day.

The plan was foiled by intercepted chatroom conversations, surveillance and the discovery of the fertiliser in a storage depot in west London.

Khyam, 25, frequently stayed at Jawad Akbar’s flat near Brunel University in Uxbridge, west London, because he feared his home was bugged.

Akbar, 23, was heard saying that blowing up women at a club would be fair game because no one could be blamed for killing innocent people, only ‘those slags dancing around’.

Khyam admitted talking about blowing up Tony Blair during Prime Minister’s Question Time – but claimed it was a joke.

At the time, the court was told that attempts were made to buy a bomb from the Russian mafia, but nothing appeared to have come of it.

The cell talked about poisoning football fans with spiked beer and contaminated takeaways sold from vans.

Four of the accused attended a terror training camp in the mountains bordering Afghanistan in the summer of 2003.

They arrived there with thousands of pounds they defrauded from British banks to buy arms and explosives.

Some had gone to fight in Afghanistan or Kashmir but were told they would be more useful bringing terror back home.

The terrorists were foiled after police, who had been keeping tabs on Khyam, were told that 600kgs (more than half a ton) of ammonium nitrate had been discovered in February 2004. It was bought three months earlier by Anthony Garcia, 25, and stored at Access Storage, Hanwell.

Officers secretly replaced the potential explosive with an inert substance, planted a policewoman in reception and bugged the suspects.

As anti-terrorist detectives and MI5 agents decided the plot was near to completion, they moved in and rounded up the terrorists on March 30, 2004.