This is the shocking moment blood pours from a snake handler’s face after a three-foot-long python strikes at his eye.

In the footage Nick Bishop, 32, a reptile enthusiast from Los Angeles who calls himself ‘The Wrangler’, is seen holding the snake he found whilst scouring the Everglades National Park in Florida.

As Mr Bishop talks to the camera enthusiastically about his wild find, the Burmese python, native to Southeast Asia, makes repeated lunges at him in order to defend itself.

The reptile manages to sink its razor sharp fangs into the handler’s arms several times, as Mr Bishop casually tells viewers ‘he’s munching on me’ and calls the creature a ‘naughty little’ snake.

However Mr Bishop is stunned when the snake suddenly lurches towards his eye, sinking its fangs into his eyebrow and narrowly missing his eyeball.

The wrangler is left with blood pouring from above his eye as he tries to play off the dangerous attack by telling viewers: ‘Well we call that a love bite.’

Mr Bishop later said:  ‘I captured the snake as fast as I could and pulled my camera out and then wham, that’s when it happened. I was bit.’

‘That sucker got me good and it almost took my eye out. 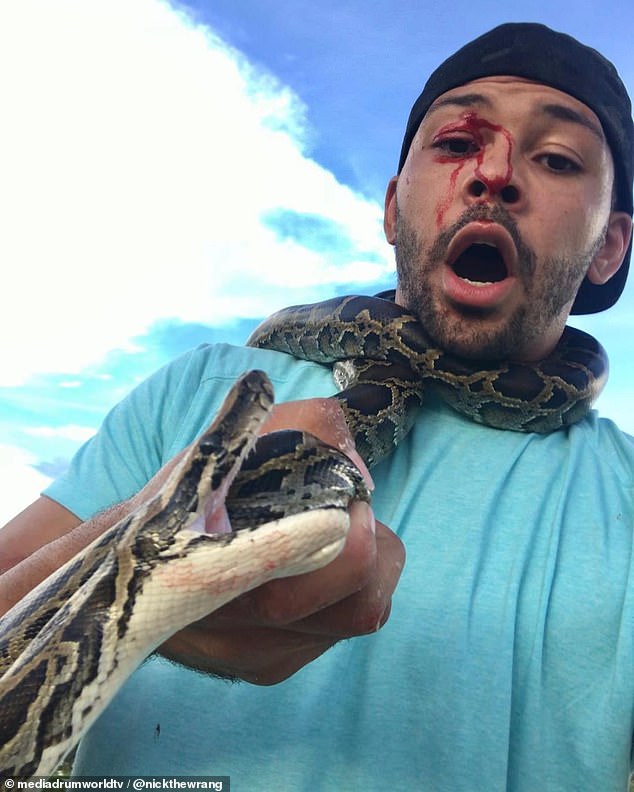 After being struck by the Burmese python which he found in Everglades National Park in Florida, the wrangler, Nick Bishop, 32, poses with the python wrapped around his neck 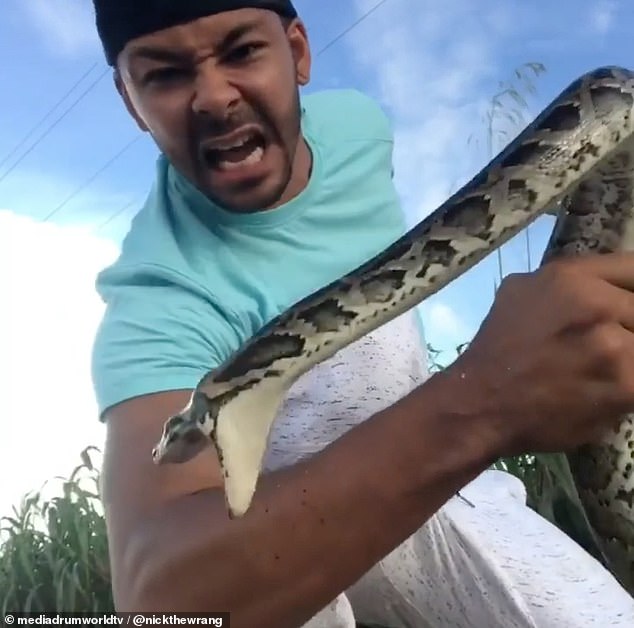 The Burmese python is a non-venomous snake and there haven’t been any recorded cases of them killing humans in Florida. Pictured: The python gets ready to strike Mr Bishop’s arm

‘I knew it was going to strike, that’s what they do. I just had no clue it was targeting my face until it was too late.

‘Usually, I don’t film myself and this is a prime reason why. Accidents like this happen but I’m lucky though. It could have been a whole lot worse.

‘Snakes don’t want to use their precious energy on humans. They need that energy to hunt and to survive. 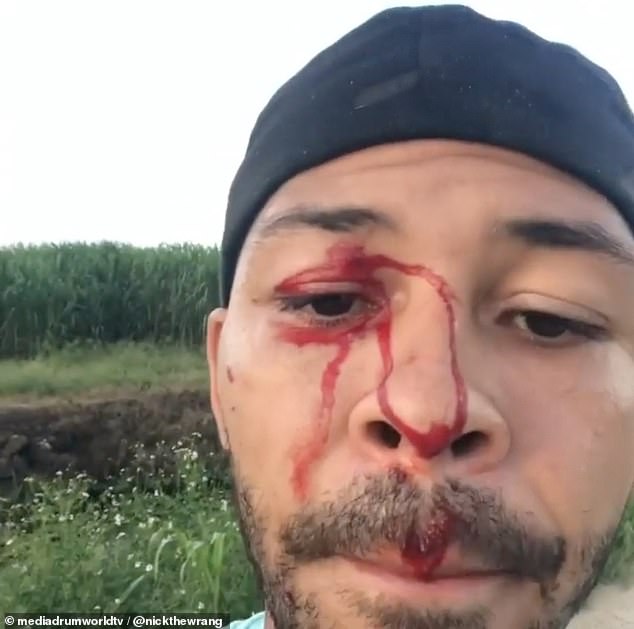 The wrangler is left with blood pouring from his eye after the near miss as he tries to play off the dangerous attack by telling viewers: ‘Well we call that a love bite’ 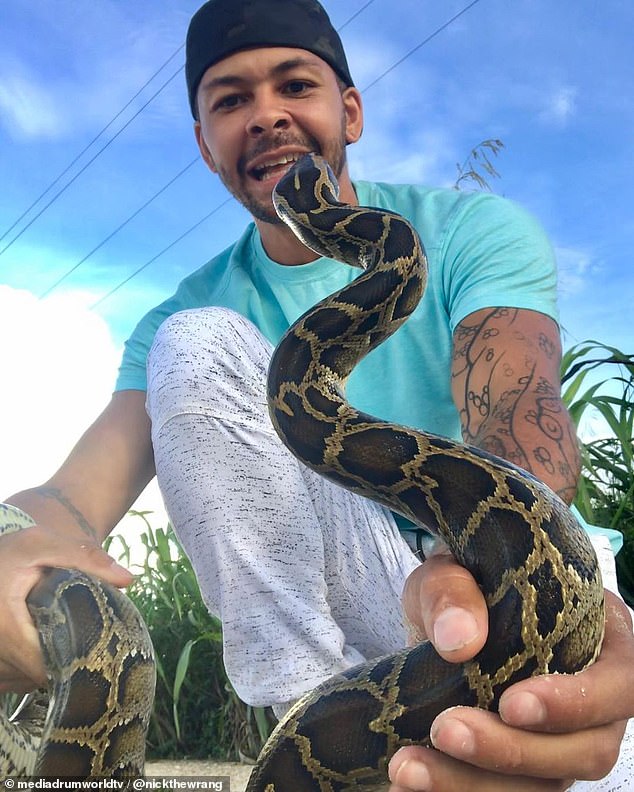 ‘The biggest misconception of snakes is that they attack and chase people when in reality, every time I have ever been bitten it was because it was being defensive.

‘That’s why it’s my goal to help bring some understanding about the animals that I love.’

Luckily the Burmese python is a non-venomous snake and there haven’t been any recorded cases of them killing humans in Florida.

However, snakes account for as many as 138,000 deaths per year. The only creatures on earth to be considered deadlier are mosquitoes and humans.