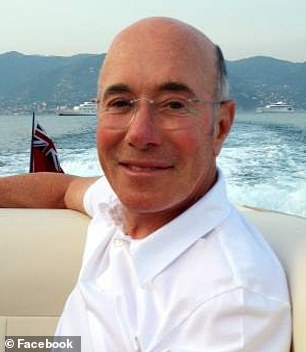 As millions of Americans self-quarantine inside cramped apartments, or risk their own health to provide vital services, billionaire David Geffen wants the public to know that he’s also doing his part in the coronavirus pandemic.

‘Sunset last night…’ Geffen wrote in an Instagram post on Saturday morning, accompanied by a picture of his $590 million superyacht floating in the waters of the Caribbean.

‘Isolated in the Grenadines avoiding the virus. I hope everybody is staying safe,’ added the music mogul, who is worth an estimated $7.7 billion.

The post, which has since been hidden from public view, drew furious backlash as a ‘tone-deaf’ response to the crisis, which has killed more than 2,000 in the U.S. and affected virtually every corner of the nation. 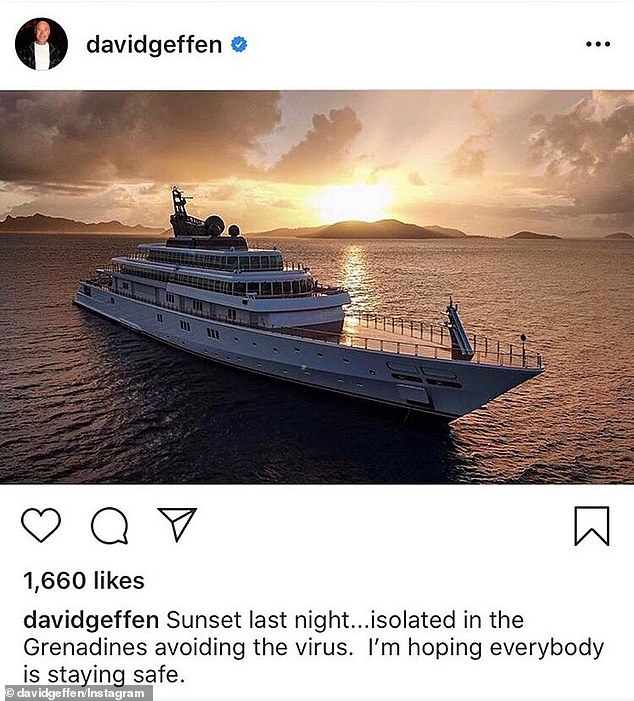 ‘David Geffen makes me wish I knew someone with a fully armed F-18,’ tweeted one person.

‘Brave of David Geffen to do social isolation on a cruise ship,’ wrote Aaron Levie, the CEO of business software company Box.

‘Ironic that David Geffen is tone deaf,’ another person tweeted, referring to Geffen’s career as a music producer.

Others suggested that Geffen, 77, could be doing more to help during the pandemic.

‘David Geffen is out of touch,’ the Twitter user wrote. ‘Maybe if he made a large donation for medical protective gear for our overworked nurses, doctors & medical staff, he wouldn’t come off as an elitist jerk.’ 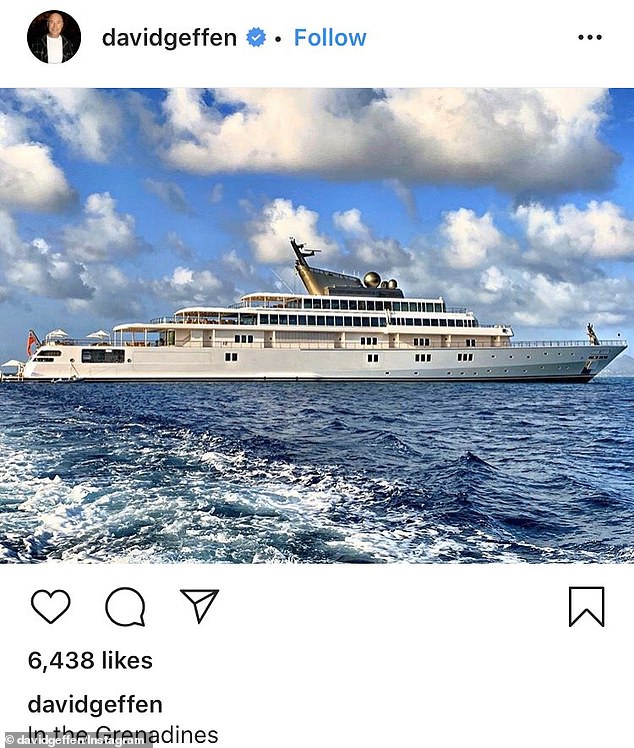 Geffen shared the snaps of his yacht as millions of Americans self-quarantine inside cramped apartments, or risk their own health to provide vital services 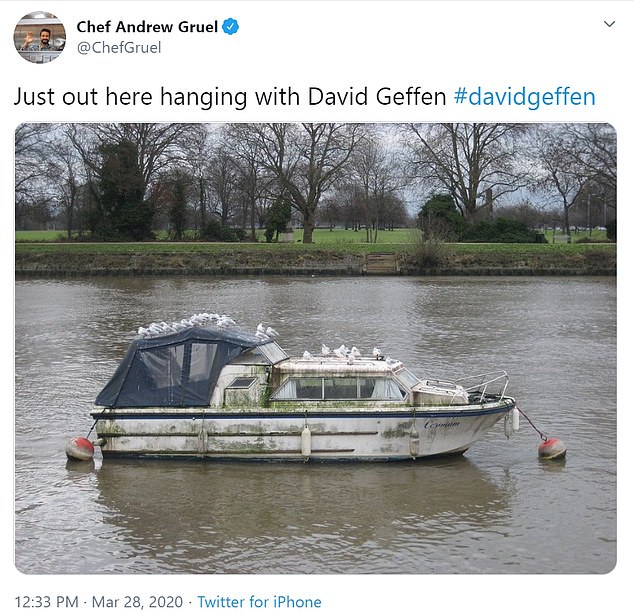 “David Geffen could have donated that yacht to NYC to be used as a makeshift hospital,” New York Times columnist Wajahat Ali tweeted.

However, not everyone was so put out by Geffen’s post, which included two wide shots of the ‘Rising Sun’ yacht, as well as one of the luxurious main deck.

Spotted in the comments before the post was made private, Wendi Murdoch, the ex-wife of news mogul Rupert Murdoch, responded with a series of heart-eyes emojis. 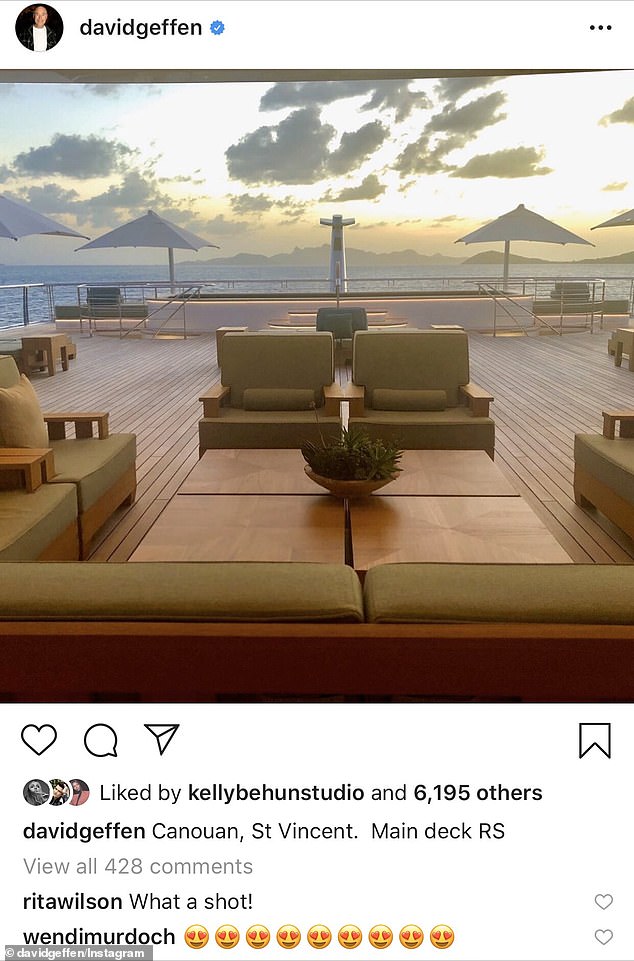 Wendi Murdoch and actress Rita Wilson were complimentary, however

Actress Rita Wilson was also complimentary, remarking ‘What a shot!’

Jared Kushner and Ivanka Trump have both also been known to spend time aboard the vessel, despite Geffen’s reputation as a top Democrat donor.