BILL Gates was "intrigued" by the decor inside Jeffrey Epstein's infamous New York City mansion which included nude art, a painting of Bill Clinton in a dress, and fake breasts.

The Microsoft founder, who recently split from his wife Melinda Gates, first met Epstein in 2011, three years after Epstein pleaded guilty to soliciting prostitution from a minor. 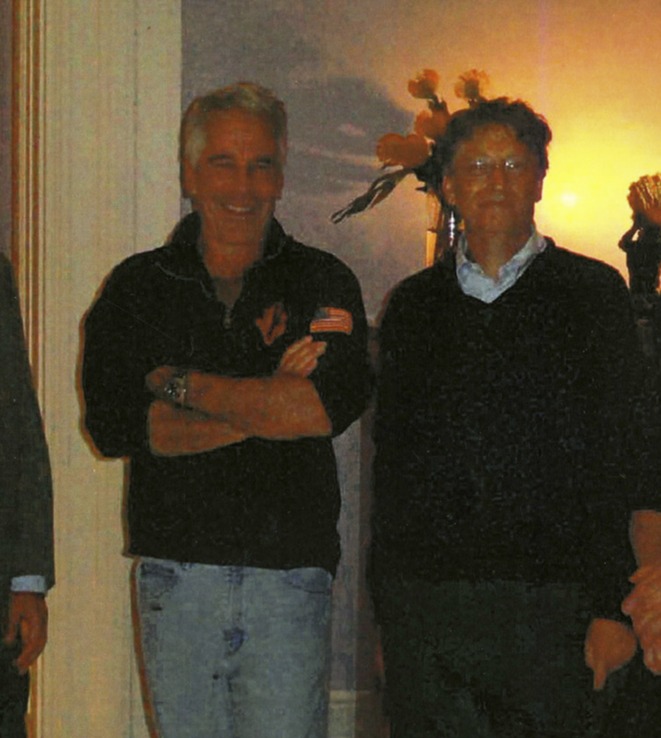 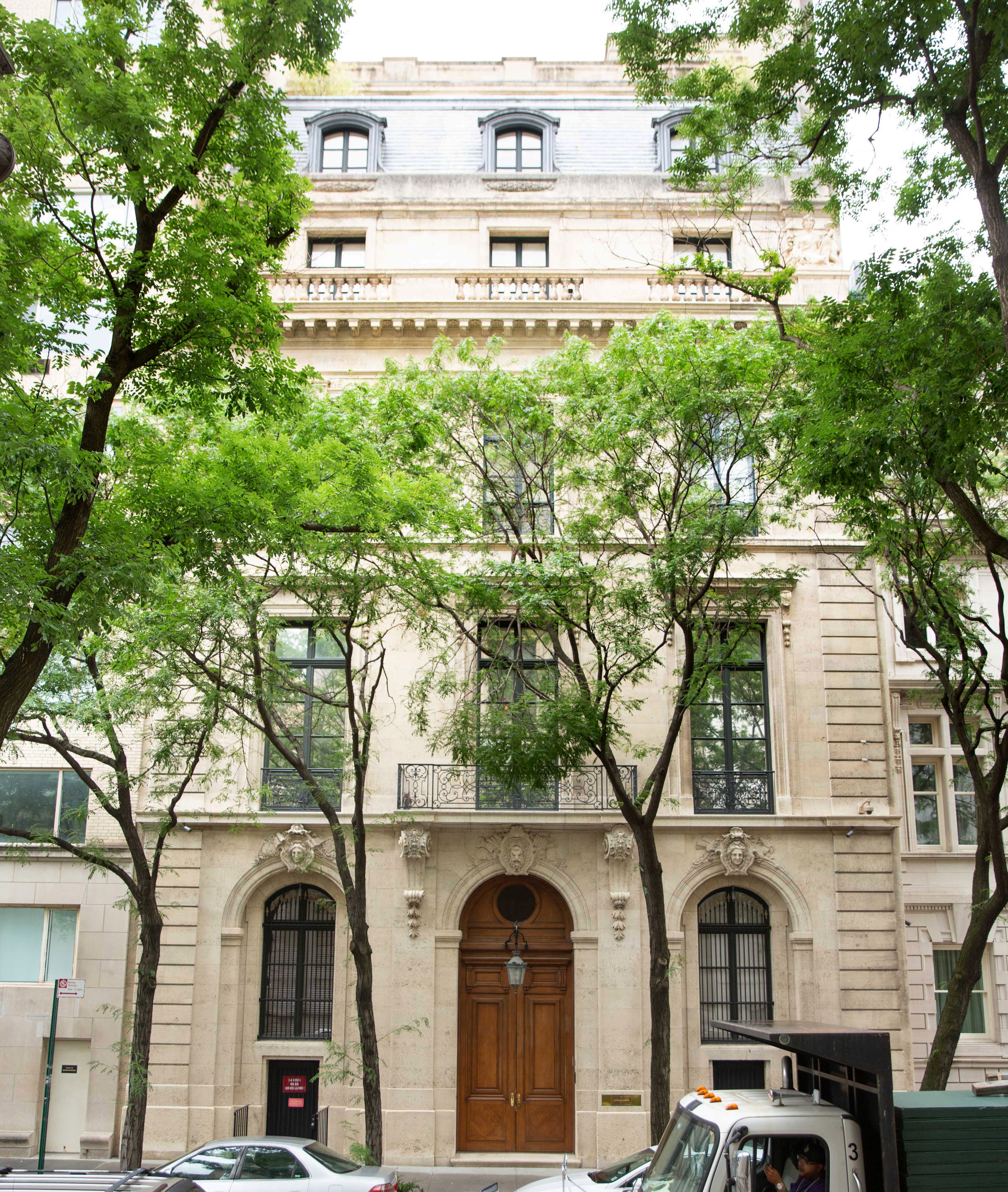 Gates' and Epstein's friendship first came to light in 2019, months after Epstein committed suicide in his Manhattan jail cell while awaiting trial on charges of sex trafficking minors.

Gates has always denied witnessing any wrongdoing during any of his meetings with Epstein.

But after their initial meeting in 2011, Gates sent an email to a number of his colleagues about the financier.

“His lifestyle is very different and kind of intriguing although it would not work for me,” Gates wrote.

A spokesperson for Gates later clarified to the New York Times that he was unaware the jet belonged to Epstein and that his comments regarding his intrigue were a reference to " the unique décor of Mr. Epstein’s home."

“It was in no way meant to convey a sense of interest or approval,” spokeswoman Bridgitt Arnold said.

Epstein's Upper East Side Mansion was filled with bizarre trinkets and macabre decorations, which included a "photo-realistic" image of himself in prison, stuffed animals, a life-size female doll hanging from a chandelier, and framed eyeballs.

Also adorned on the walls of the $77 million palatial Manhattan townhouse were various images and paintings of nude women, a pair of prosthetic breasts, and a portrait of former President Bill Clinton – another friend of Epstein's – wearing a blue dress and red heels.

It's unclear which of the items Gates found "intriguing". 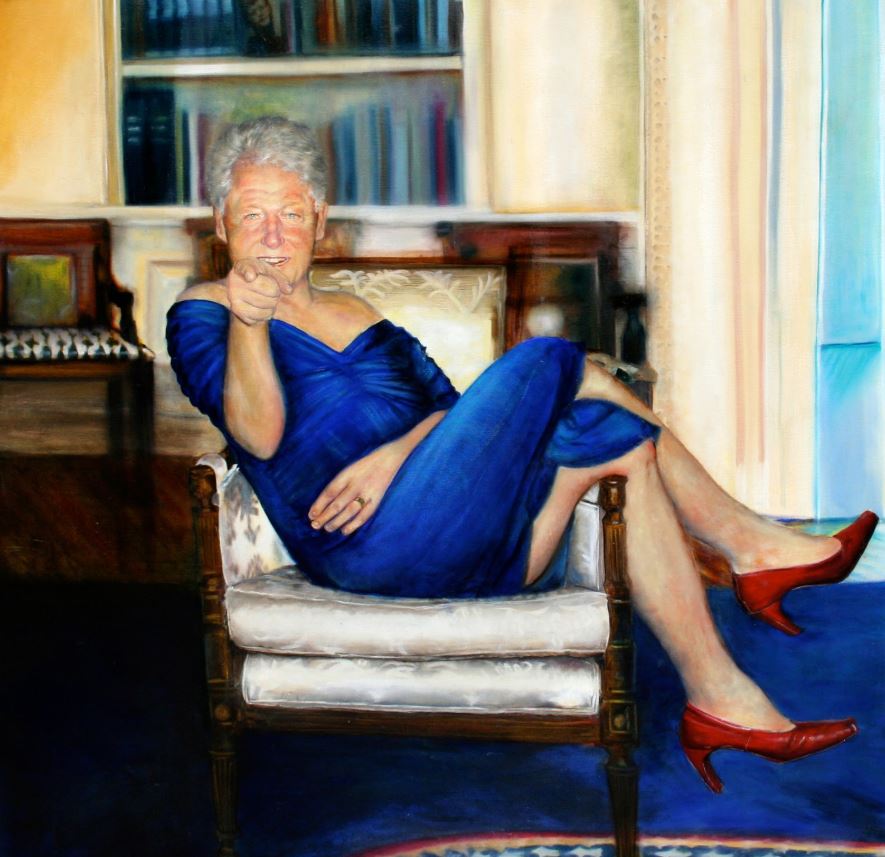 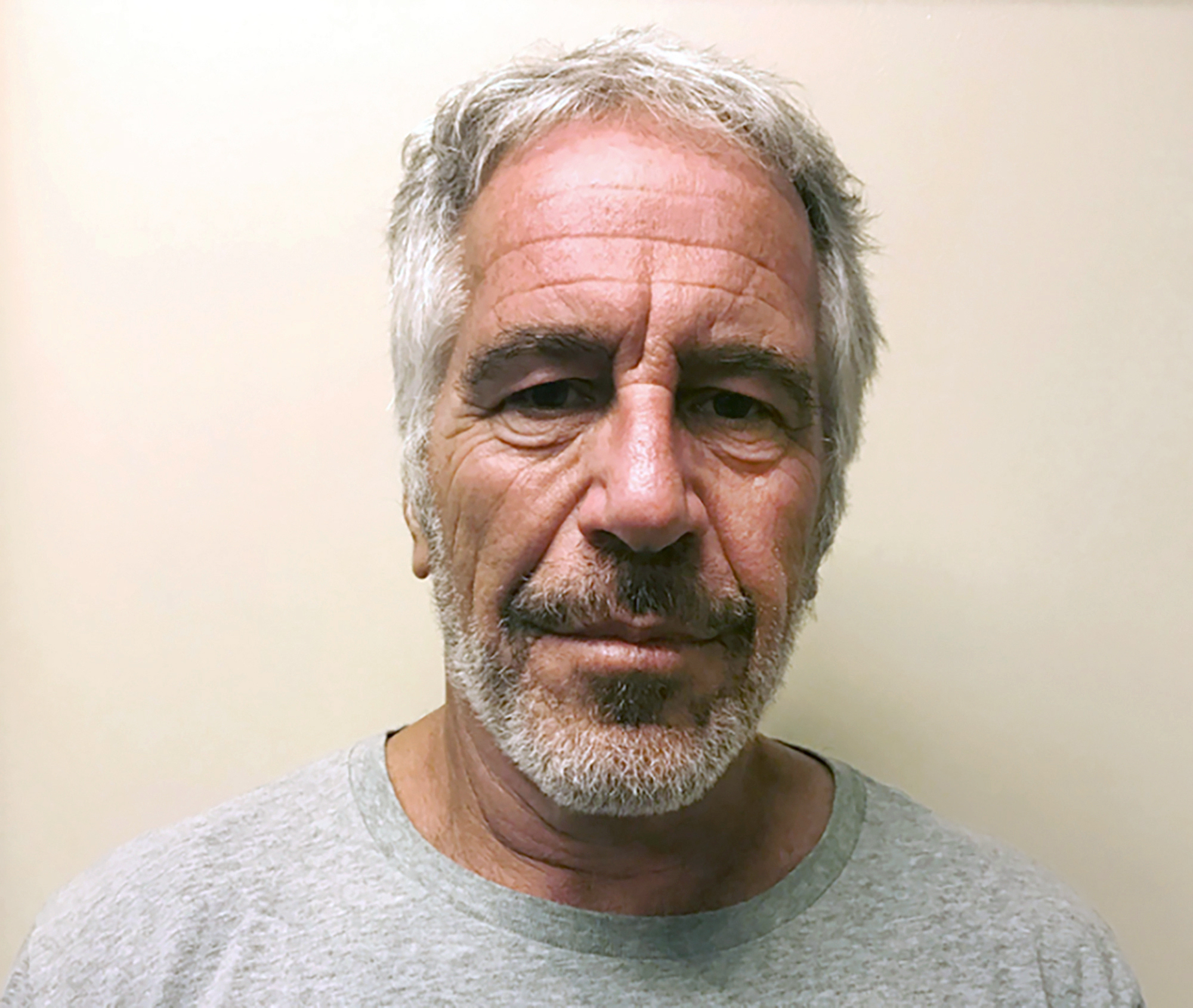 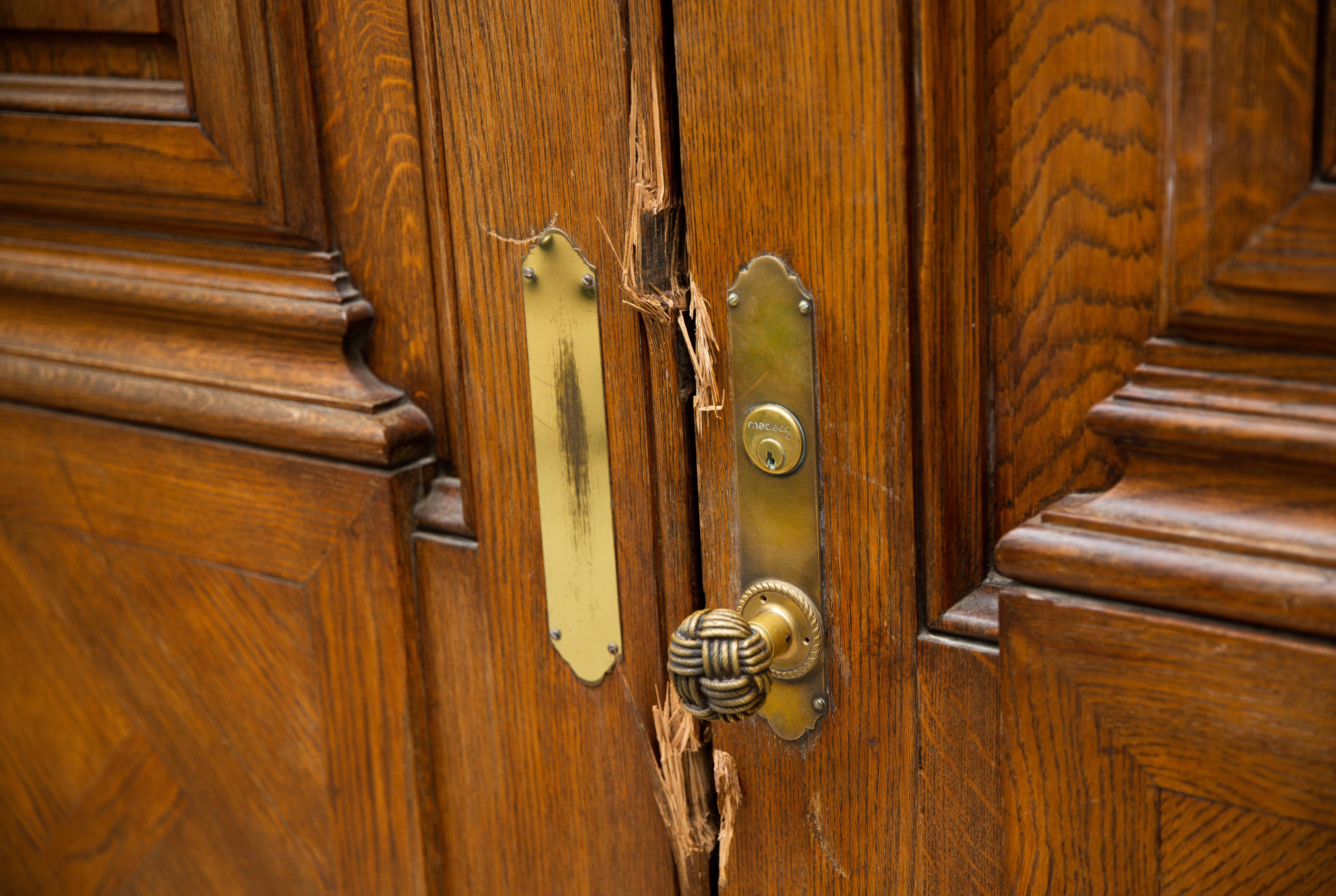 "Bill Gates regrets ever meeting with Epstein and recognizes it was an error in judgment to do so,” Arnold continued.

"Gates recognizes that entertaining Epstein’s ideas related to philanthropy gave Epstein an undeserved platform that was at odds with Gates’s personal values and the values of his foundation.”

In its 2019 report, the Times shared details about Gate's interactions with Epstein that Melinda Gates was previously not aware of, sources close to the couple said.

It was at this time when she first began consulting with divorce lawyers and other advisers who could help to divide up the couple's assets, which exceed $125 billion.

A report by the Daily Beast alleges that Melinda Gates first voiced her discomfort to her husband about his relationship with Epstein in 2013.

It came after the couple had dinner with Epstein inside his Manhattan townhouse. She reportedly found the financier "creepy."

But in the years after, Gates continued to attend dinners and meetings at Epstein's home.

Various reports say that Gates even confided in Epstein that he was unhappy in his marriage.

According to the Daily Beast, Gates allegedly described his marriage as "toxic", which both men are said to have found amusing. 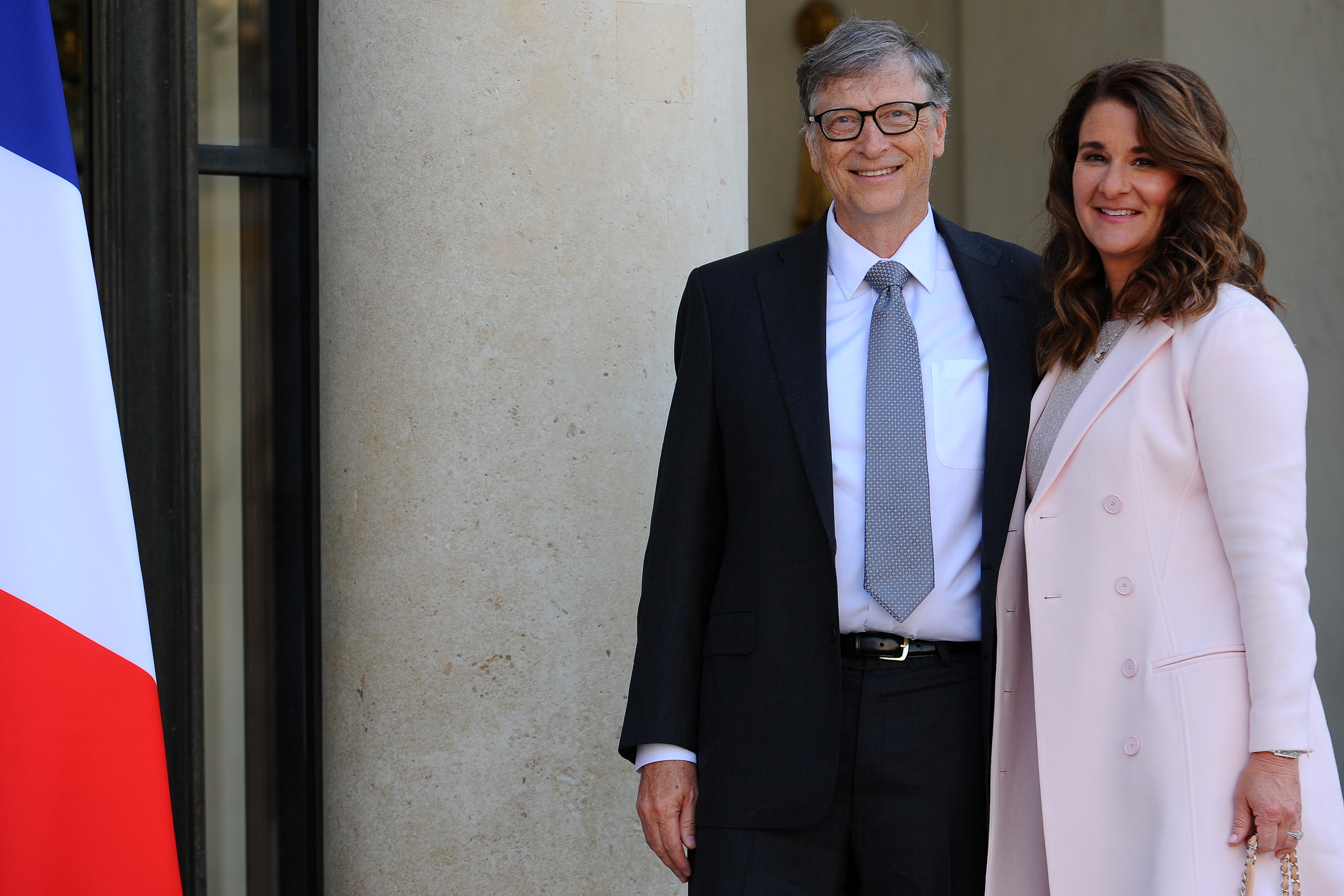 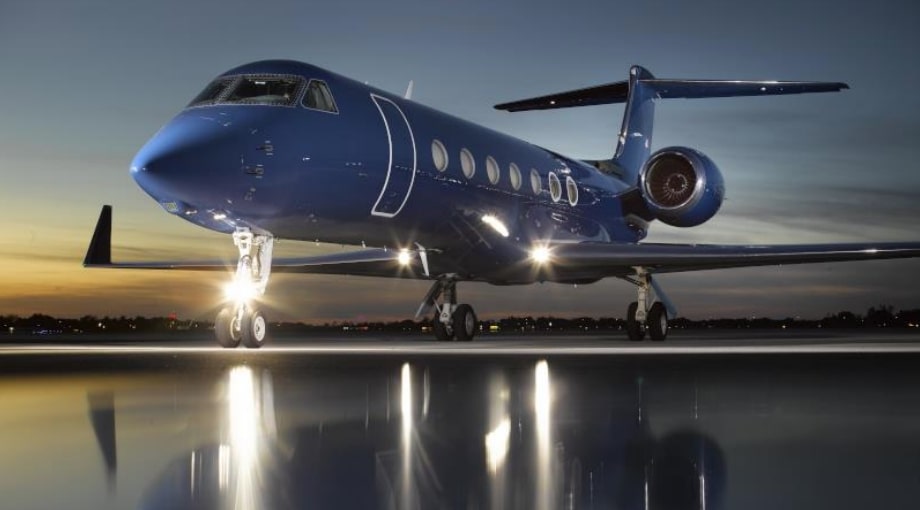 The billionaire would visit Epstein's $77 million home to escape his unhappy marriage and the pair were reported to be "close", a source said. He visited the money-manger dozens of times between 2011 and 2014.

“[It’s] not an overstatement. Going to Jeffrey’s was a respite from his marriage. It was a way of getting away from Melinda,” the source said.

The report also alleges the pair's friendship blurred personal and professional boundaries, with Gates much closer to Epstein than he'd previously admitted.

Gate's reportedly urged Epstein to "rehabilitate his image" by joining the Bill and Melinda Gates Foundation.

The pair would also chat about science and philanthropy, as well as joking and gossiping in a "men's club" atmosphere, the Beast reported.

A spokesperson for Gates called the characterization of his meetings with Epstein "inaccurate".

"Any claim that Gates spoke of his marriage or Melinda in a disparaging manner is false," the spokesperson said while disputing the number of times the pair met.

"Bill never received or solicited personal advice of any kind from Epstein— on marriage or anything else. Bill never complained about Melinda or his marriage to Epstein." 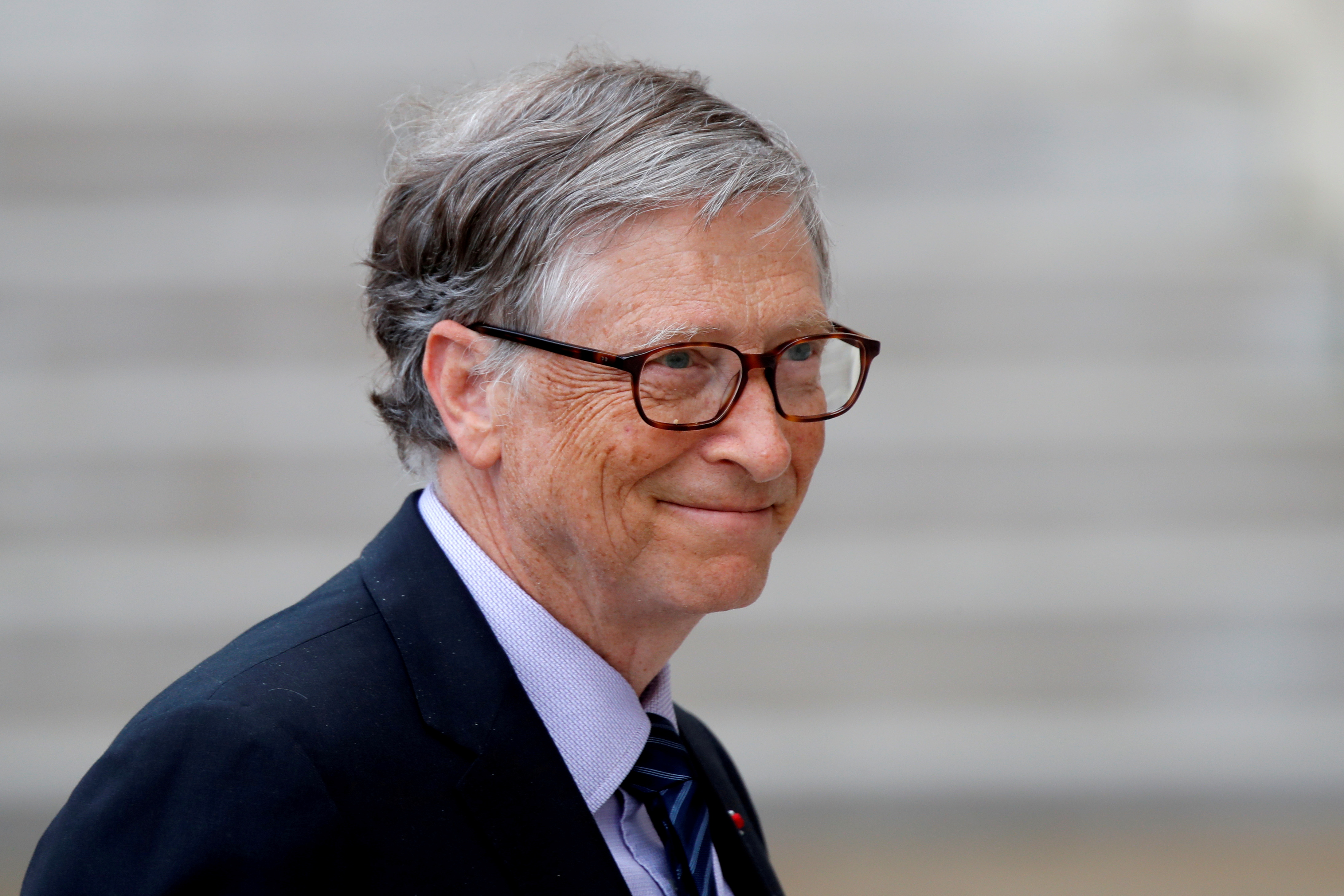 Bill and Melinda Gates announced earlier this month that they would be divorcing after 27 years of marriage.

“We no longer believe we can grow together as a couple in this next phase of our lives," they wrote in a joint statement. "We ask for space and privacy for our family as we begin to navigate this next life."

In her petition for divorce, Melinda said that her relationship was "irretrievably broken" and said the couple had settled on a plan to divide their assets up outside the courtroom.

While neither Bill nor Melinda has indicated what specifically led to their separation, a Wall Street Journal report alleged that Gates had previously been unfaithful to his wife and repeatedly hit on staff at Microsoft and at their foundation.

Gate's alleged years-long affair reportedly began in 2000 with a female Microsoft staffer, which first came to light in 2019 after she wrote a letter to the board of the company.

Microsoft's board investigated the women's claims and deemed the relationship "inappropriate", the Wall Street Journal reported.

Gates then stepped down from the board last year as an alleged result. 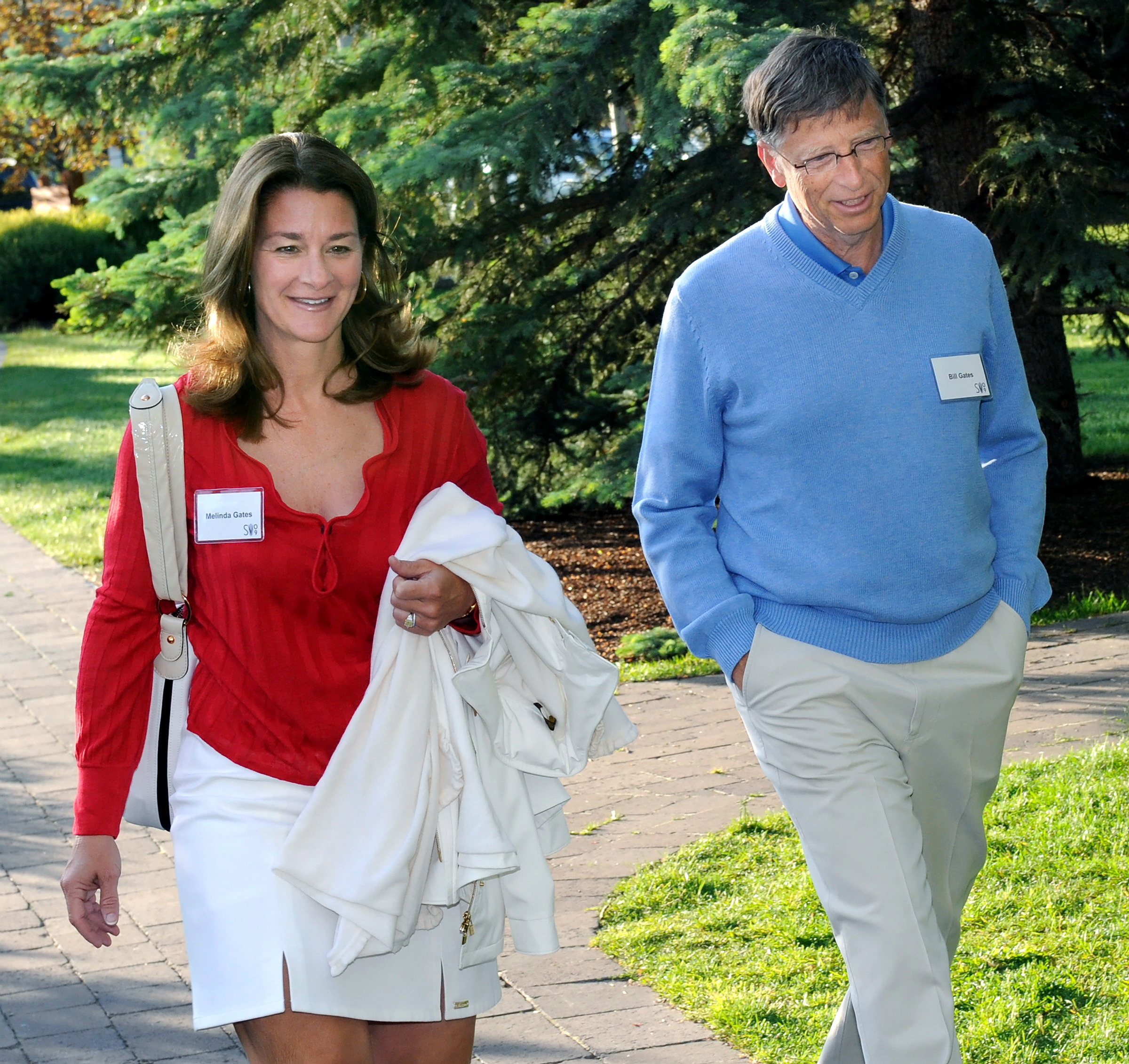 The New York Times also reported that Gates had asked out a Microsoft employee in 2006 after watching her make a presentation, and hit on an employee of his philanthropic foundation a few years later.

On both occasions, Gates allegedly asked the women out to dinner – advances which left both of them feeling uncomfortable.

Gates reportedly told the Microsoft staffer in an email: "If this makes you uncomfortable, pretend it never happened."

The woman took Gates' advice and ignored the message, she told the Times.

The second woman said Gates hit on her during a cocktail party in New York which was being held on behalf of the Gates Foundation.

“I want to see you. Will you have dinner with me?” the woman claims he said quietly.

She said she laughed at the advance as a way to avoid responding. 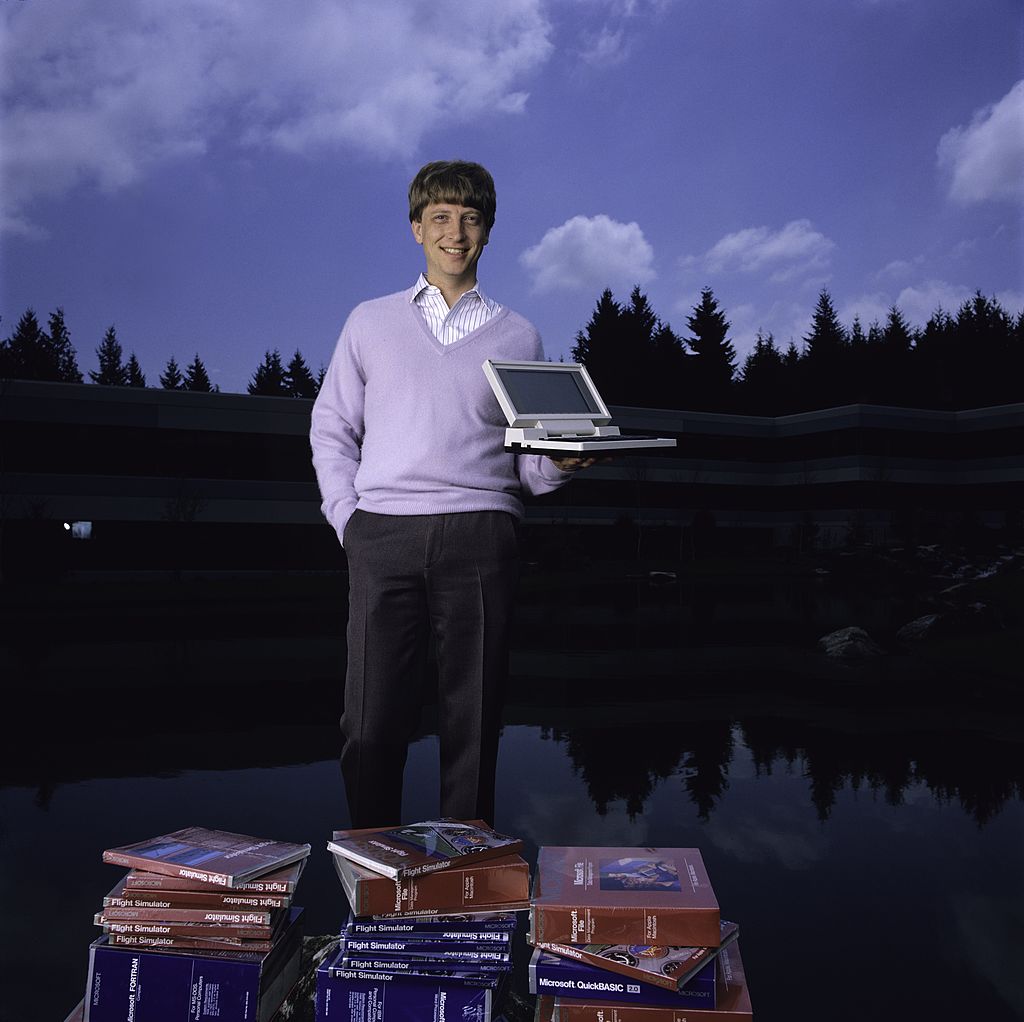 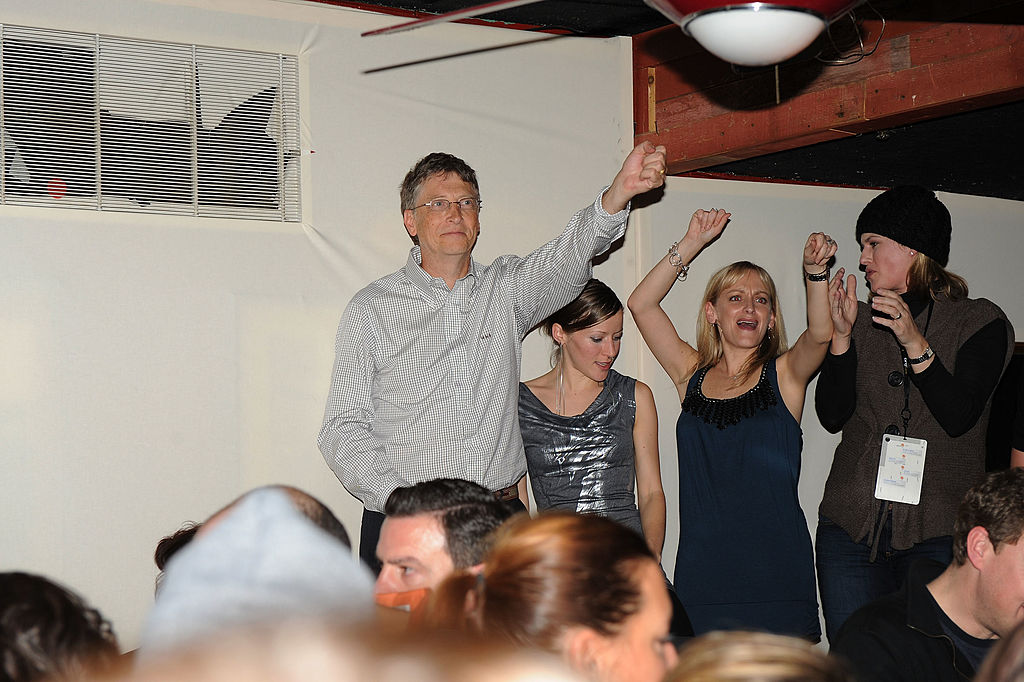 Prior to his marriage, Gates was well known among the tech crowd for his playboy antics, which included hosting naked pool parties with strippers.

Journalist James Wallace, who authored two books about Gates during the 1990s, told the Daily Mail that the billionaire was far more than just "a little computer nerd".

"A lot of those Microsoft kids back then, they were young guys in pizza-stained t-shirts for two or three days working on software code," he said.

"Then they would have some pretty wild parties, where they would go out and get strippers in Seattle and bring them over to Bill's home."

Wallace also described a young Gates as a renowned "womanizer", with his antics reportedly placing a strain on his relationship with Melinda while they were dating.

"Though Gates began dating French [Melinda's maiden name] in 1988, he continued to play the field for a while, especially when he was out of town on business, when he would frequently hit on female journalists who covered Microsoft and the company industry," a passage of the book reads.

"His womanizing was well known, although not well reported, because Gates and Microsoft spoon-fed stories to industry writers for such papers as the New York Times, and none of them wanted the flow of information to stop."

Melinda was said to be "well aware" of Gate's womanizing, and "consequently their relationship ran hot and cold."

"At one point, they broke up for nearly a year, reportedly because Gates refused to make any kind of commitment. When they got back together again in 1992, however, the relationship grew closer and stronger," Wallace continued.