Warren Buffett’s Berkshire Hathaway Inc has reported nearly $50billion in losses in the first quarter due to fallout from the coronavirus pandemic, marking the greatest loss the company has suffered in its history.

Berkshire said most of its more than 90 businesses are facing ‘relatively minor to severe’ negative effects from COVID-19, the illness caused by the novel coronavirus and now punishing the global economy, with revenue slowing considerably in April even at businesses deemed ‘essential’.

The conglomerate – which owns companies including Geico auto insurance, Burlington Northern Santa Fe railroad, Dairy Queen and Duracel – said in a regulatory filing Saturday morning that before the coronavirus outbreak in mid-March many of its businesses were posting revenue and earnings increases compared to year ago.

However, the pandemic has led the BNSF railroad’s shipping of consumer products and coal to fall, while Geico set aside money for car insurance premiums it no longer expects to collect.

Some businesses cut salaries and furloughed workers, and retailers such as See’s Candies and the Nebraska Furniture Mart closed stores. 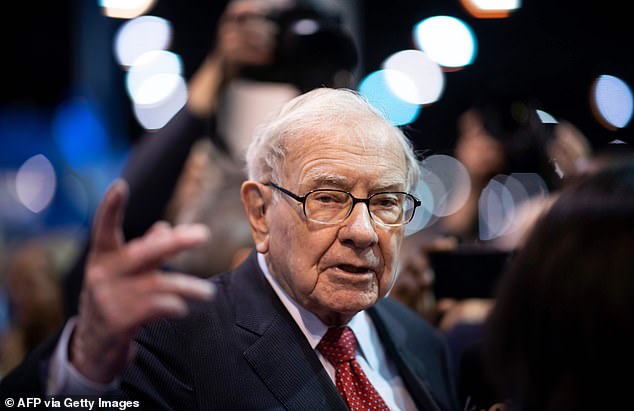 But year-earlier results reflected a charge for investments linked to what prosecutors called a Ponzi scheme at a solar company, which Berkshire did not know about.

Buffett also allowed Berkshire’s cash stake to rise to a record $137.3billion from $128billion at the end of 2019.

That reflected the 89-year-old billionaire’s inability to make large, ‘elephant’ size acquisitions for his Omaha, Nebraska-based conglomerate, and caution in buying stocks.

‘Historically, Buffett has been so visible in times of crisis, and encouraged investors to take advantage of market selloffs, but if he doesn’t see opportunities even in his own stock, what are we to think?’ said Jim Shanahan, an analyst at Edward Jones & Co in St. Louis.

Still, Shanahan said Berkshire is ‘as well positioned as it can be,’ reflecting its diverse businesses and substantial liquidity and access to capital. He rates Berkshire ‘buy’.

Buffett and Vice Chairman Greg Abel will likely discuss the pandemic at Berkshire’s annual meeting on Saturday afternoon, which will be streamed on Yahoo Finance.

The pandemic forced Buffett to cancel ‘Woodstock for Capitalists,’ a weekend of festivities that normally draws tens of thousands of people to Omaha.

Operating profit at Berkshire’s businesses fell 3 percent, with declines at BNSF, utilities and energy units, and manufacturing, service and retailing operations such as Precision Castparts, which Berkshire bought for $32.1billion in 2016.

Geico was able to post a 28 percent gain in pre-tax underwriting profit because people drove less, resulting in fewer claims for crashes. Still, the insurer, like others, is offering relief on premiums to policyholders. 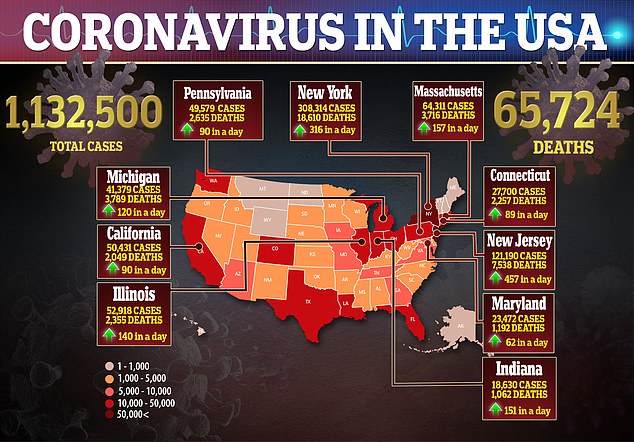 Investors have been disappointed with Berkshire. Its stock price has fallen 19 percent in 2020, compared with a 12 percent drop in the Standard & Poor’s 500, despite Buffett’s prediction that Berkshire would outperform in down markets.

The decline came after Berkshire’s stock lagged the index by more than 20 percentage points in 2019, including dividends.

In the first quarter, many Berkshire stock investments fared worse than the S&P, including American Express, Bank of America, Wells Fargo and four U.S. airlines.

Falling stocks also caused a $1.39billion pre-tax loss on derivatives contracts, where Berkshire is betting stock prices will rise over the long haul.