TWO good dogs are making the most out of the coronavirus lockdowns — by delivering beer to those quarantined at home.

Barley and Buddy, of Six Harbors Brewing Company in Long Island, New York, have been bringing the goods to customers, who are thrilled to see the dynamic duo. 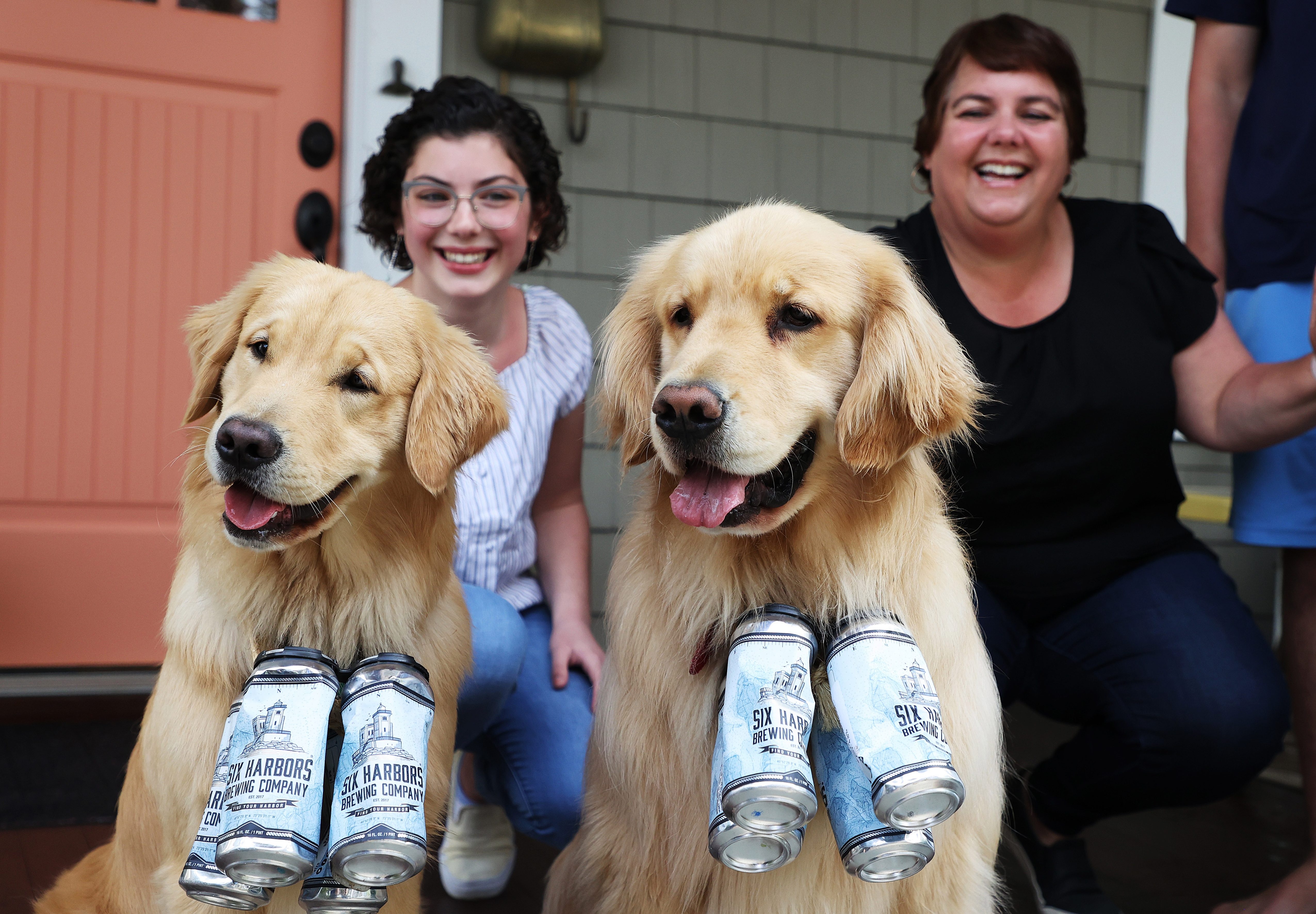 Mark Heuwetter, owner of the brewery, told the New York Daily News: “We’ve had to change our business model.”

“We created an online store and now people can have curbside or delivery. We took the dogs on a few trips and people were loving the dogs when they came, so we added them."

The dogs — Buddy, three, and Barley, one — “make a nice compliment to the delivery service. They put smiles on people’s faces,” Heuwetter said.

The furry friends are such a hit to customers that Heuwetter says they’ve been requesting that Buddy and Barley deliver their orders. 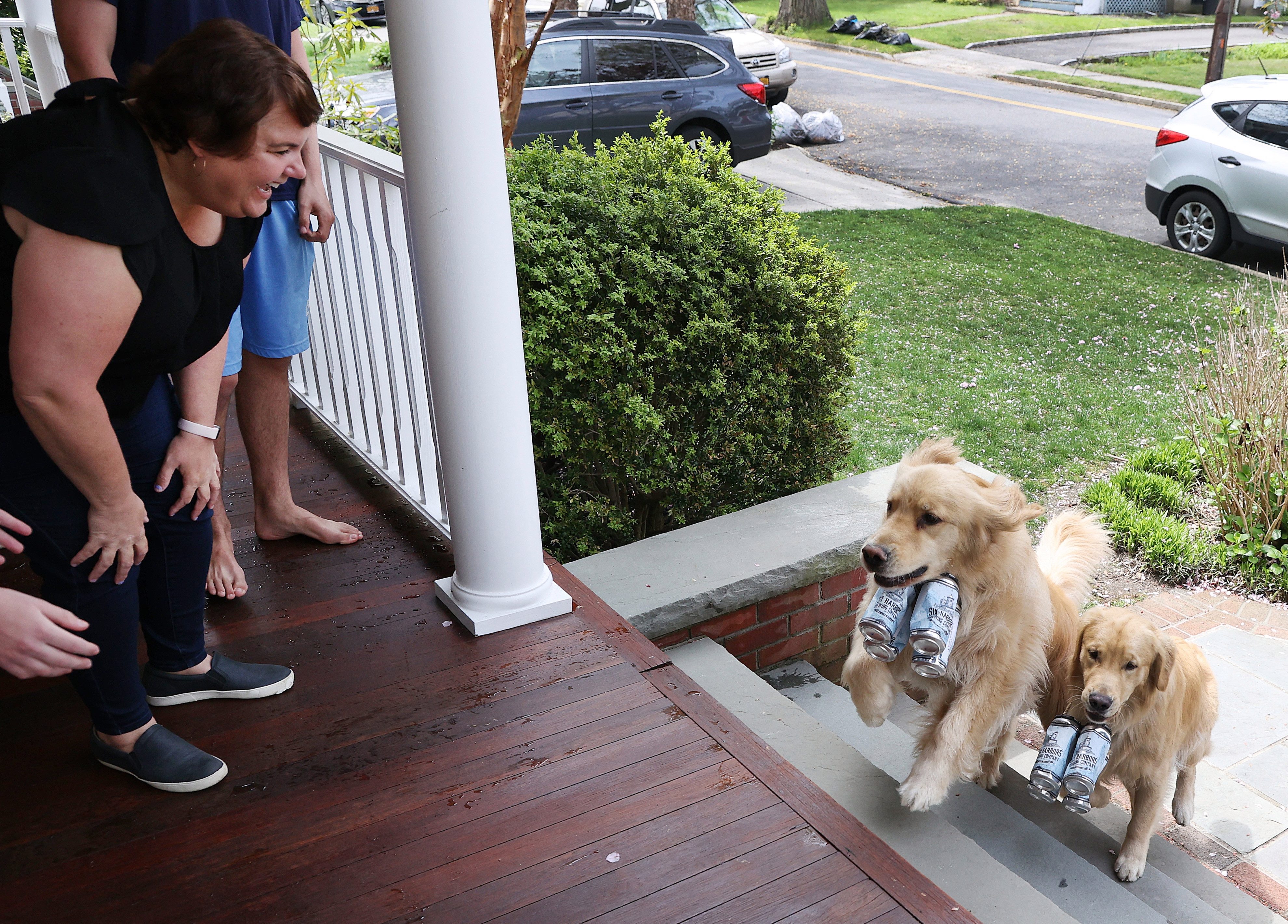 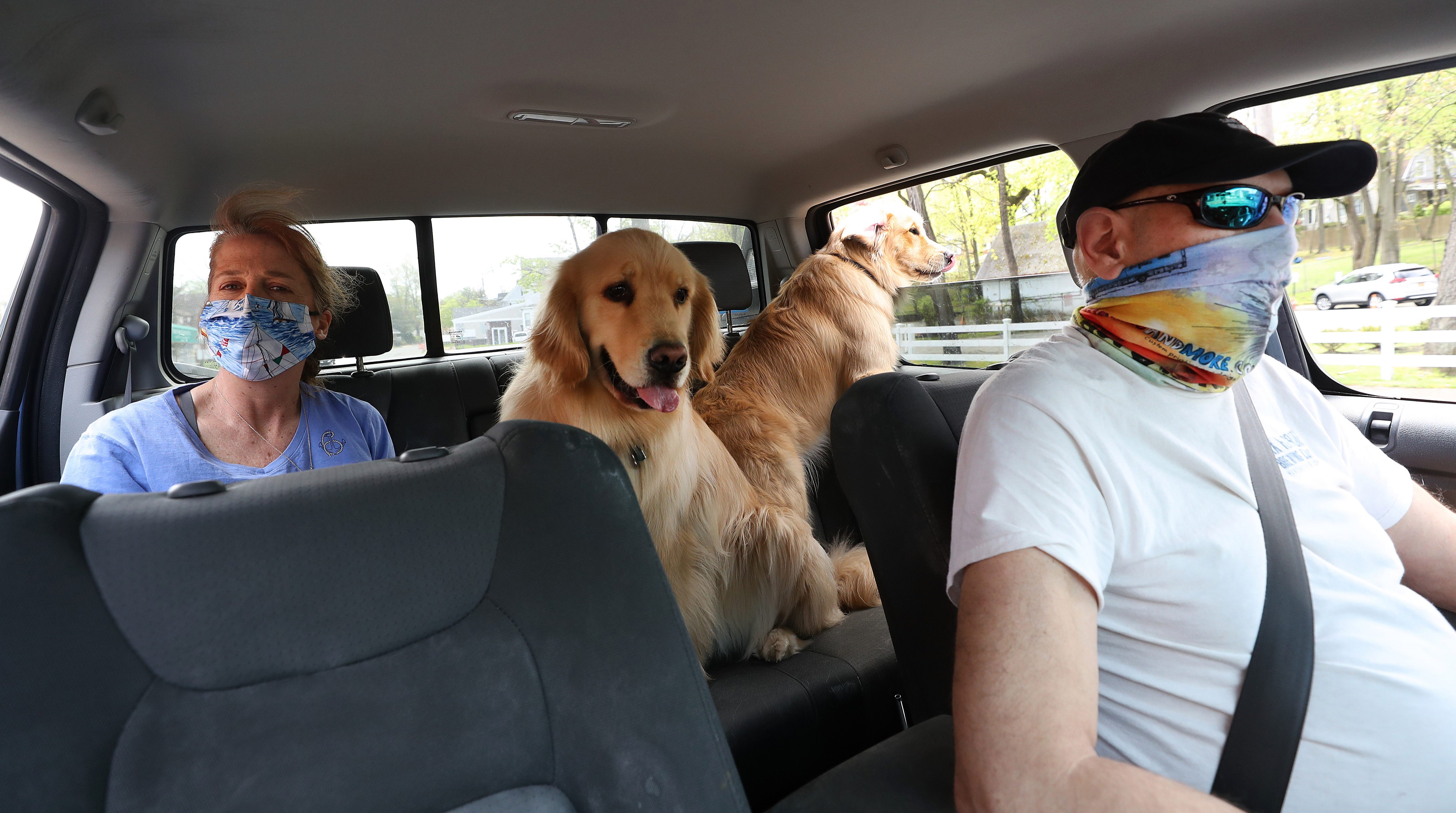 “We are finding out, and maybe it’s because of what’s happening right now — our online store is generating so much sales — that depending on the day we are matching or exceeding what we did before isolation and I think it’s because of the dogs,” the brewery owner told the Daily News.

Six Harbors Brewing is celebrating two years of business this month and is reportedly just one of several essential businesses in Huntington that’s still open during the statewide lockdown. 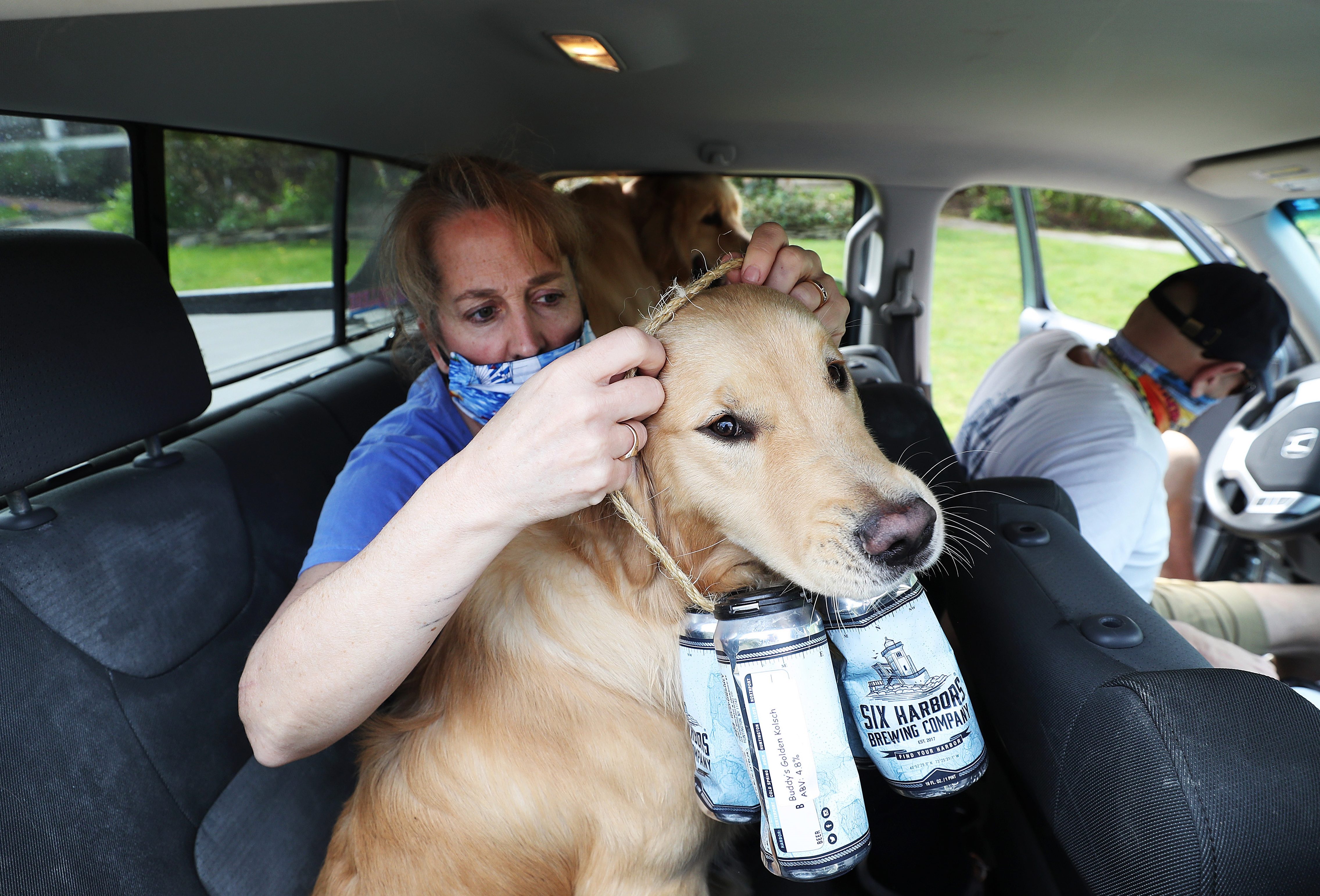 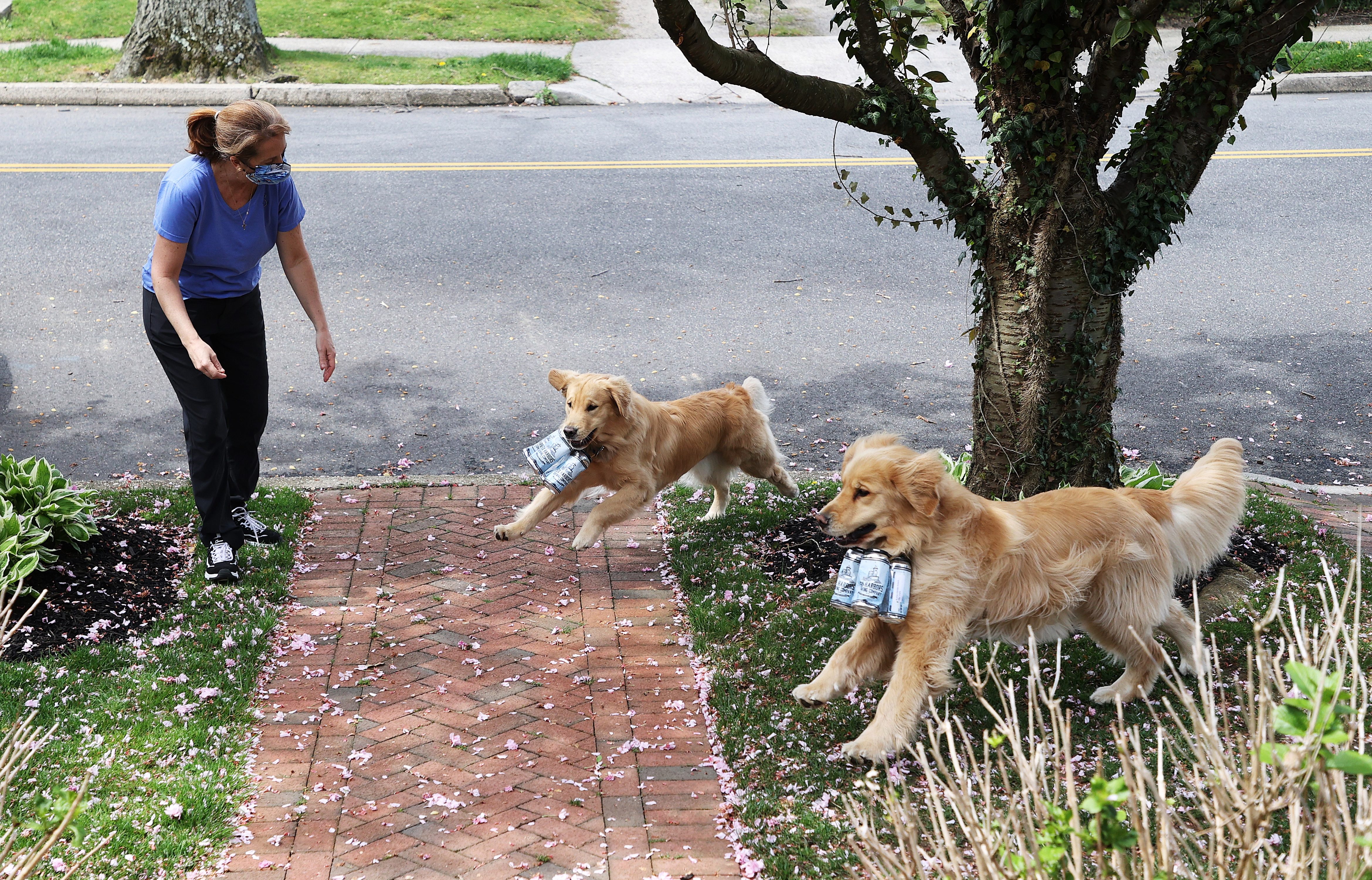 The owners said they expected their business to plunge 95 percent because of the coronavirus.

But now, their curbside and pick-up delivery business is booming because of the pups.

When making their beer runs, the dogs are draped with an empty four-pack of their signature brew around their neck.

According to the news outlet, the beers are empty — but the cute makeshift necklace has customers coining them as the “brew dogs.” 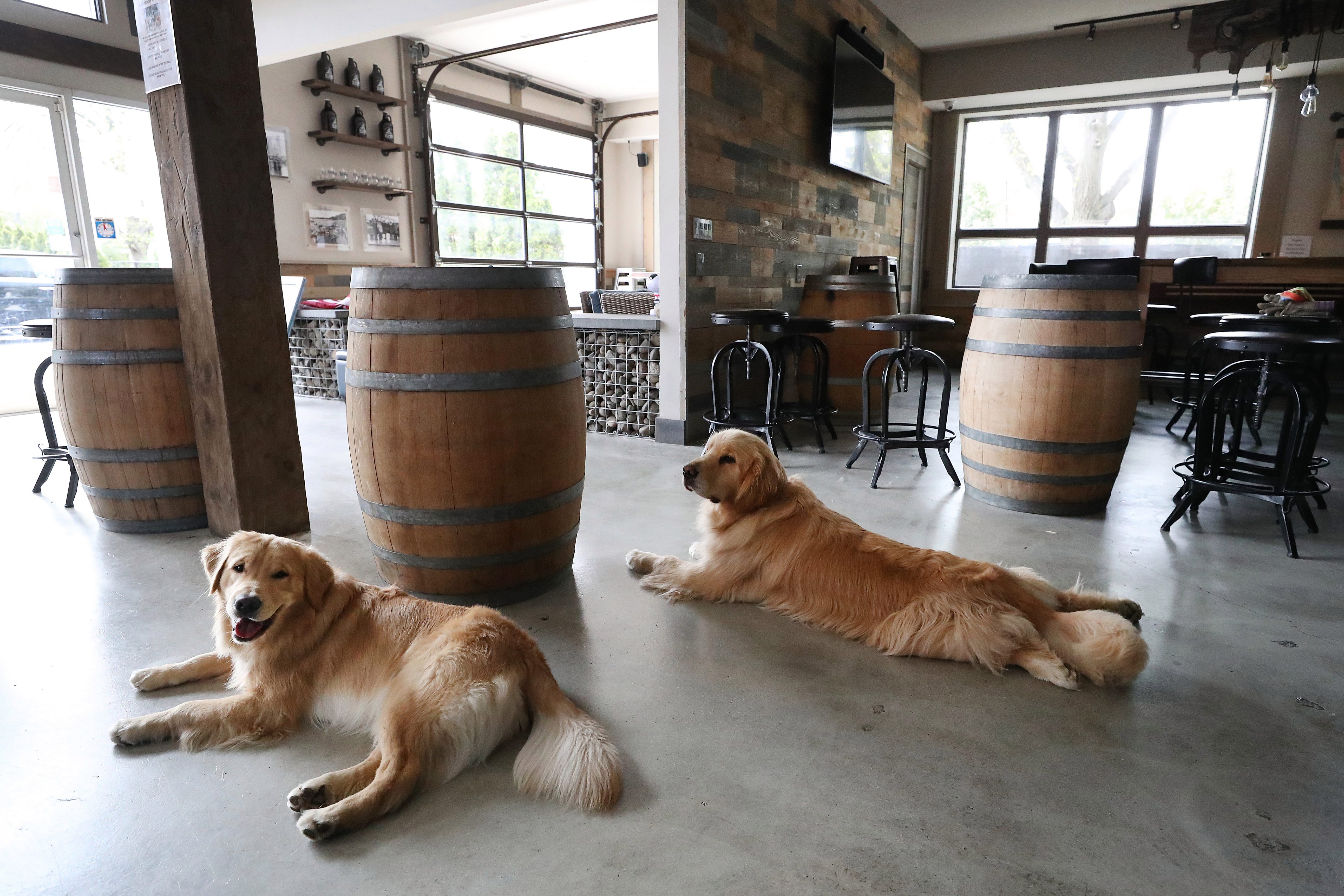 "At the brewery they’d just walk table to table and people would just pet them and continue their conversations and the dogs would sit there until they’d stop petting and then they’d move to the next table.”

Heuwetter explained: “We just wanted to create something different — and it’s morphed into this whole thing of the brew dog show… people request Buddy and Barley.”

In New York, the epicenter of the country's coronavirus outbreak, Gov Andrew Cuomo has extended stay-at-home orders until at least May 15.