A BEAMING Ivanka Trump wore a stunning swimsuit cover-up as she enjoyed a family beach day.

Ivanka – the 39-year-old daughter of Donald and Ivana Trump – was photographed alongside her family in Miami, Florida on Sunday. 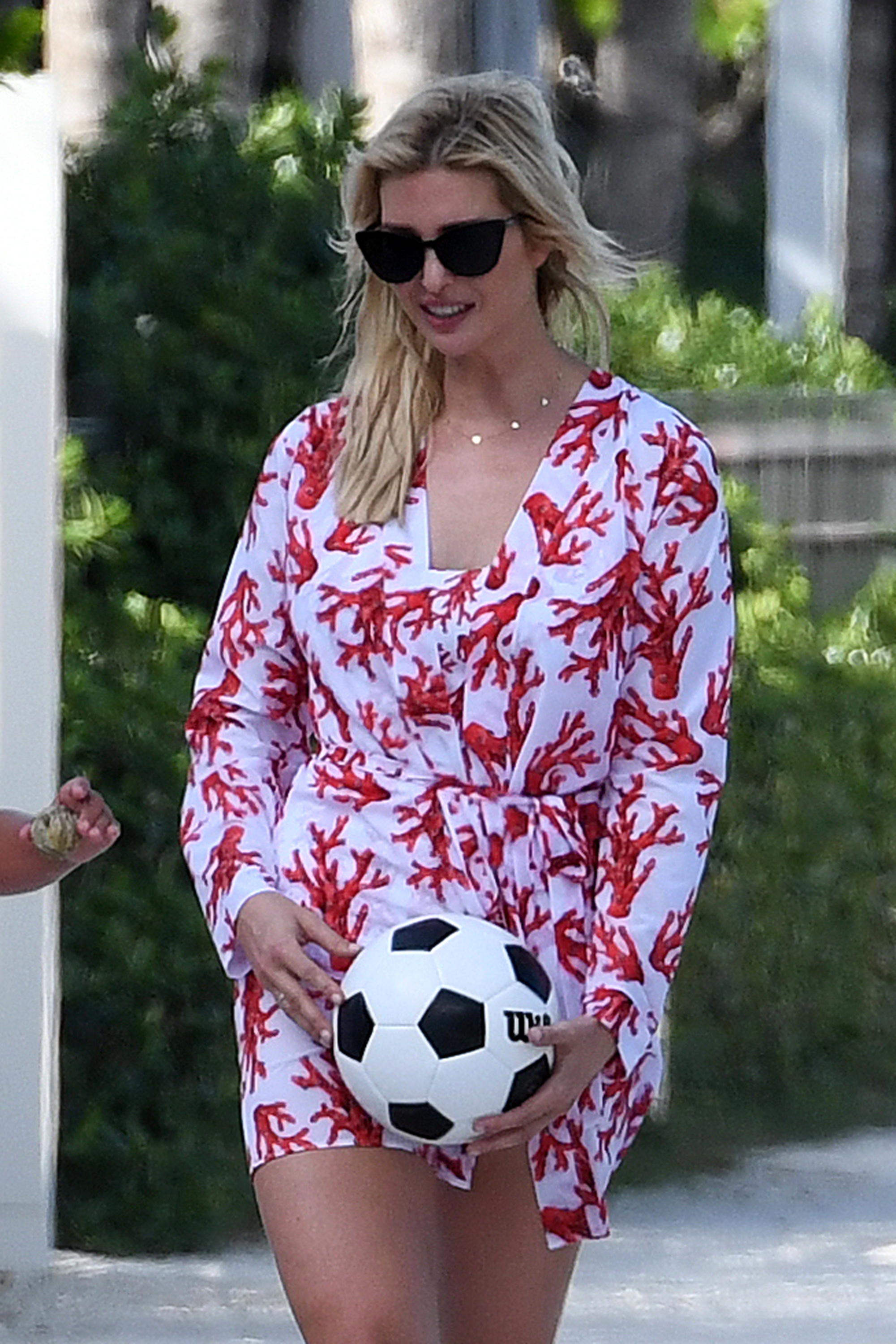 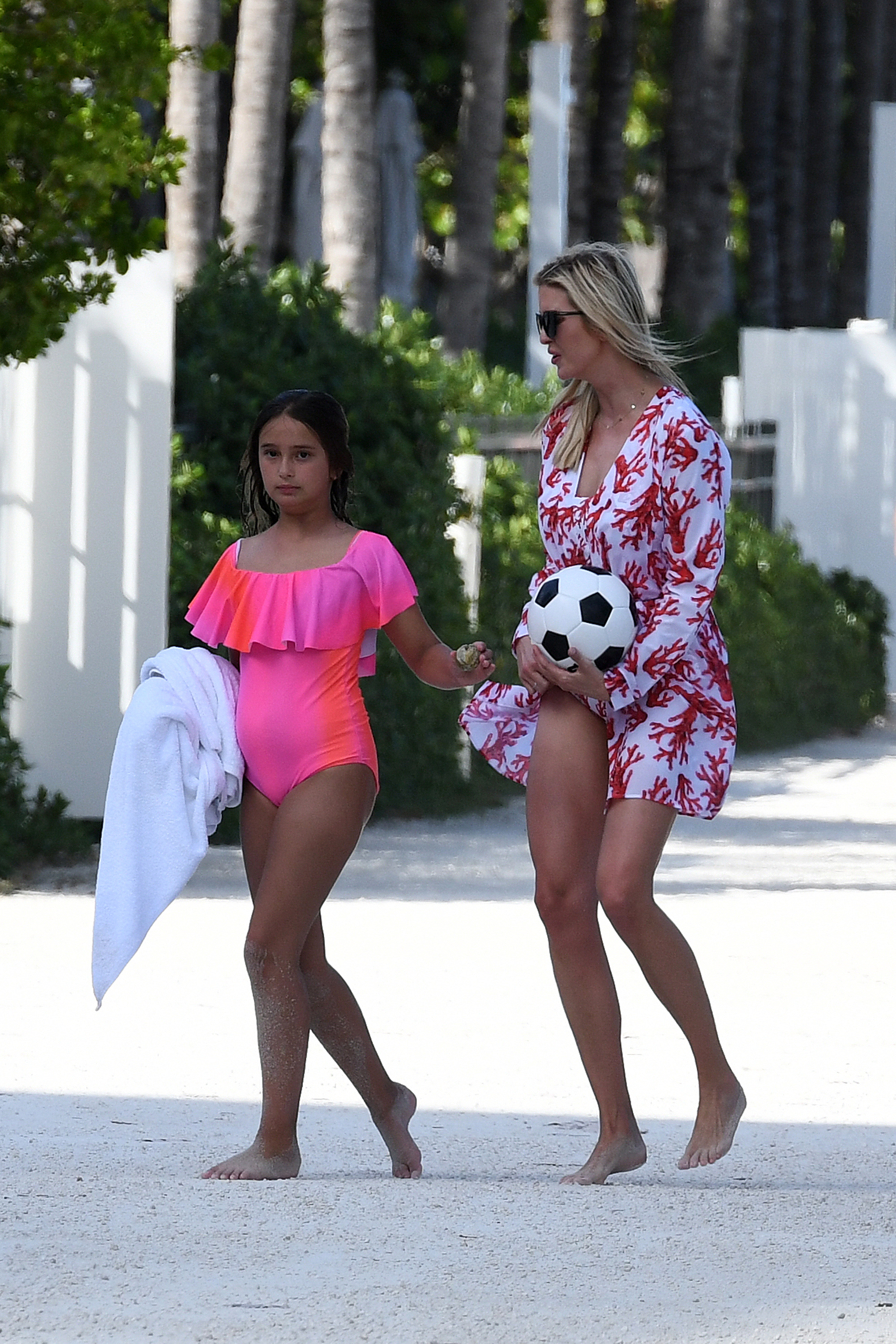 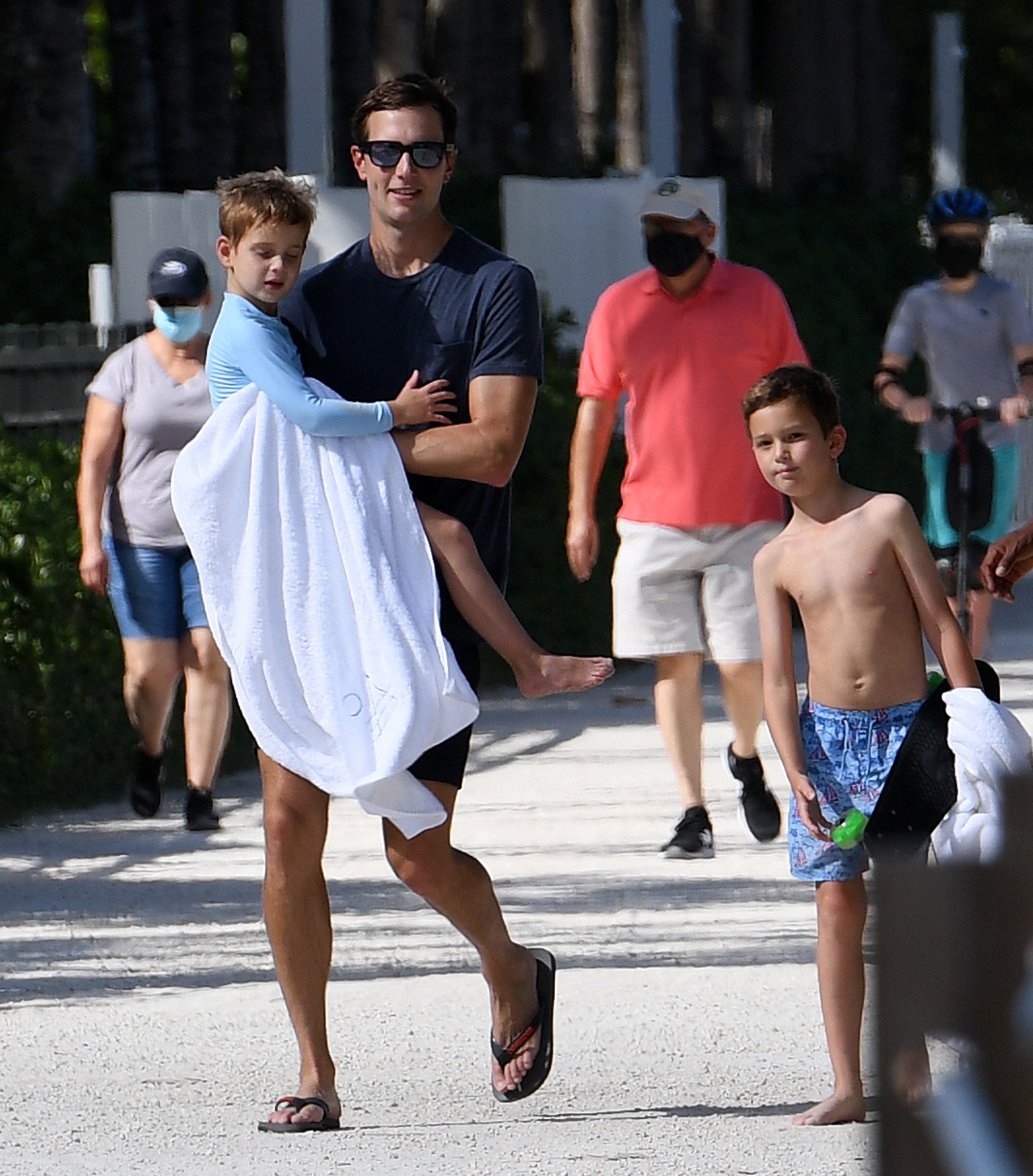 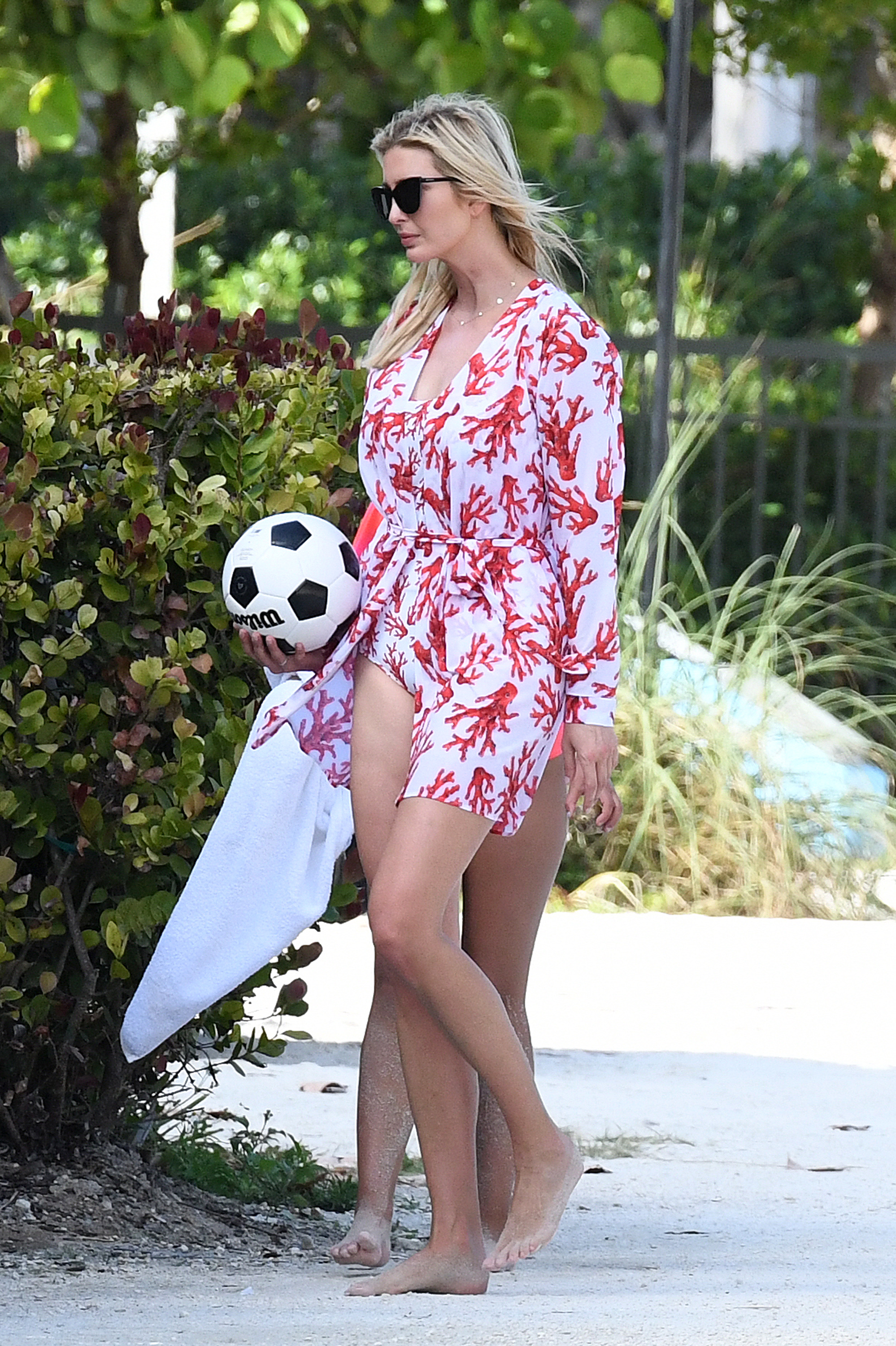 Former senior White House advisers Ivanka and Jared Kushner, her husband, were spotted walking with their children on a sunny day – with most of them barefoot.

Ivanka donned a red-and-white coral patterned swimsuit under a matching coverup robe as she walked with her nine-year-old daughter Arabella Rose.

Her daughter Arabella, with her hair seemingly wet from the beach, was seen wearing a hot pink one piece swimsuit and holding a towel in one hand.

As the paparazzi stood by and photographed, Arabella was captured stilling her tongue out and looking at the camera. 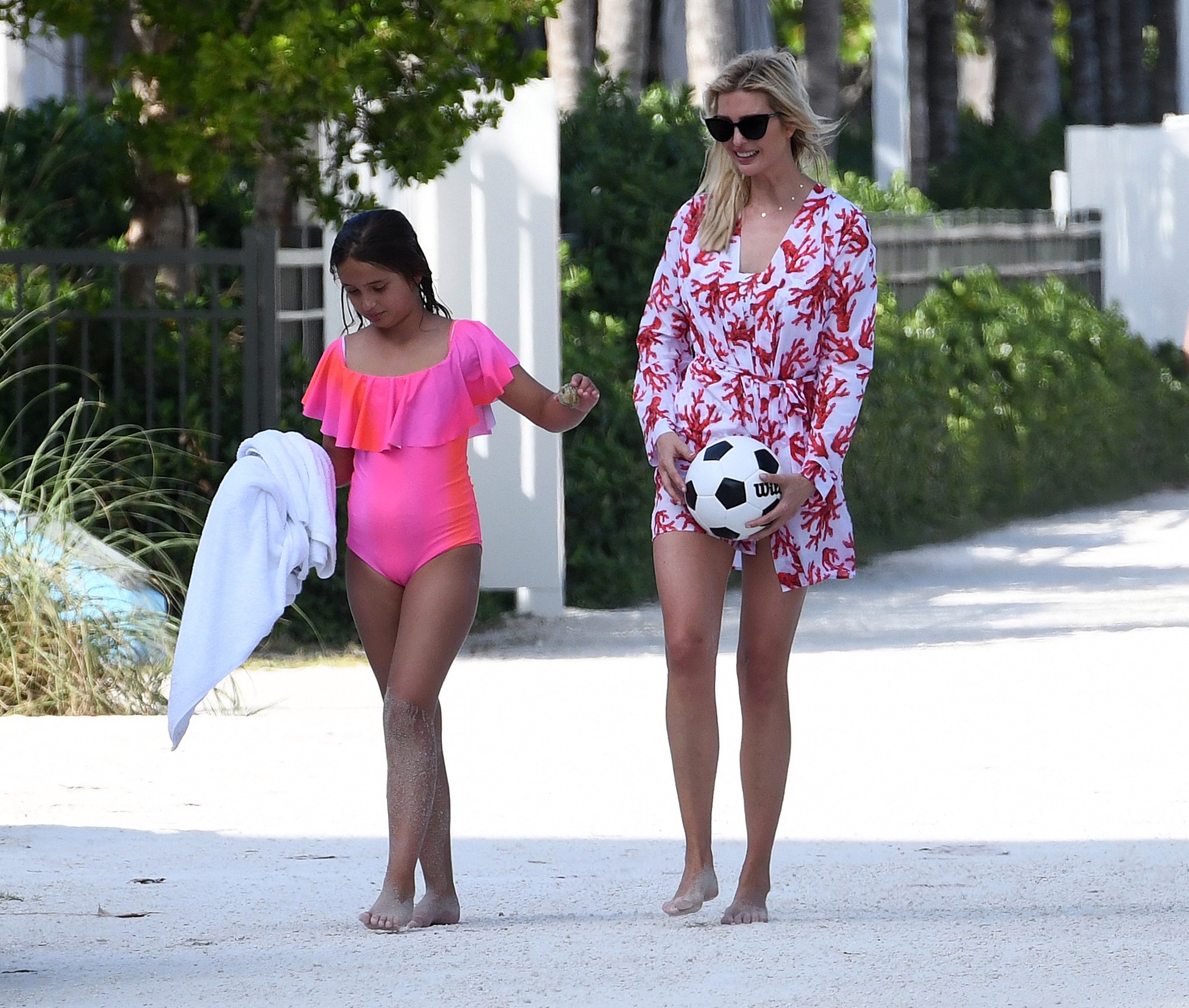 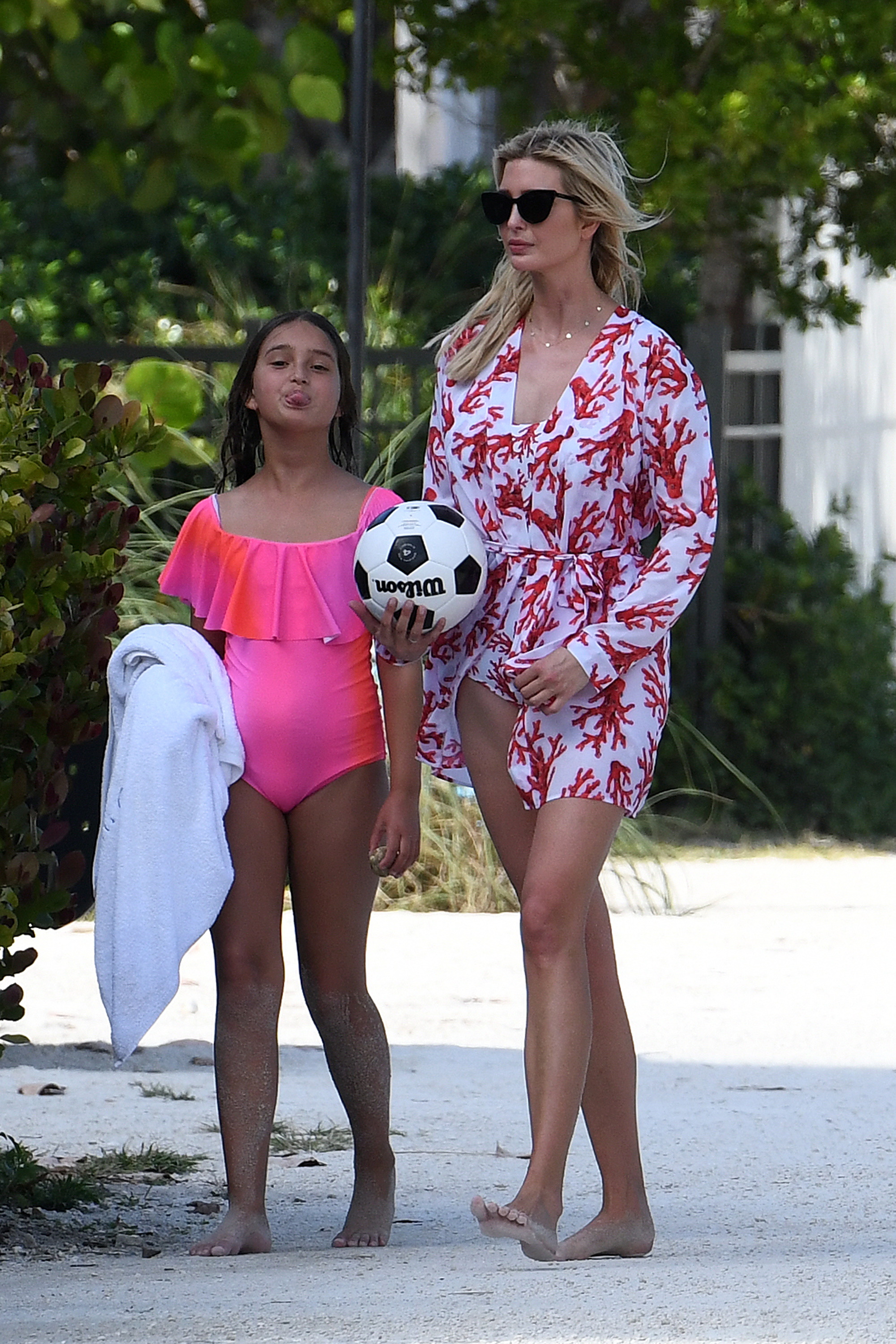 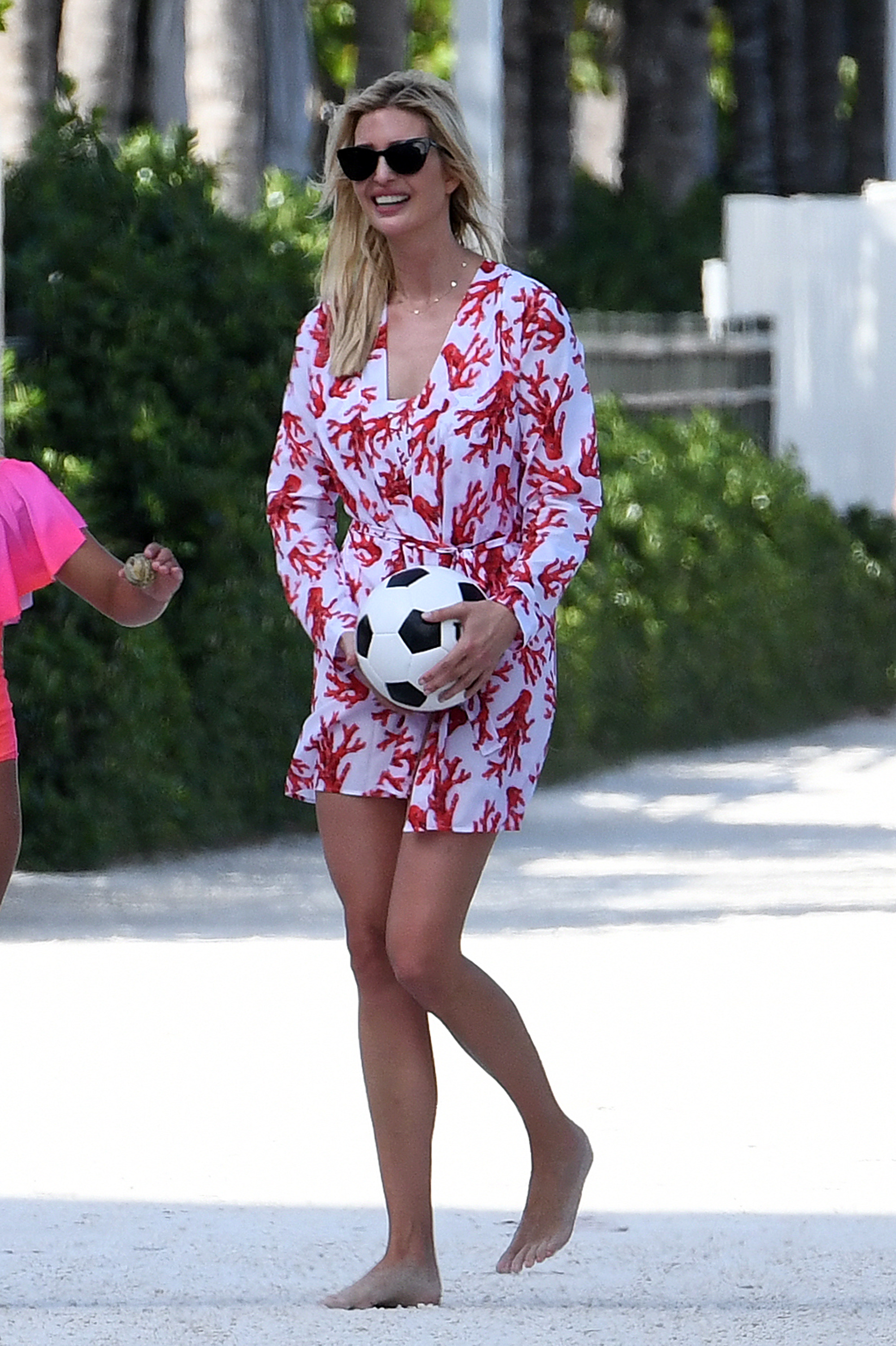 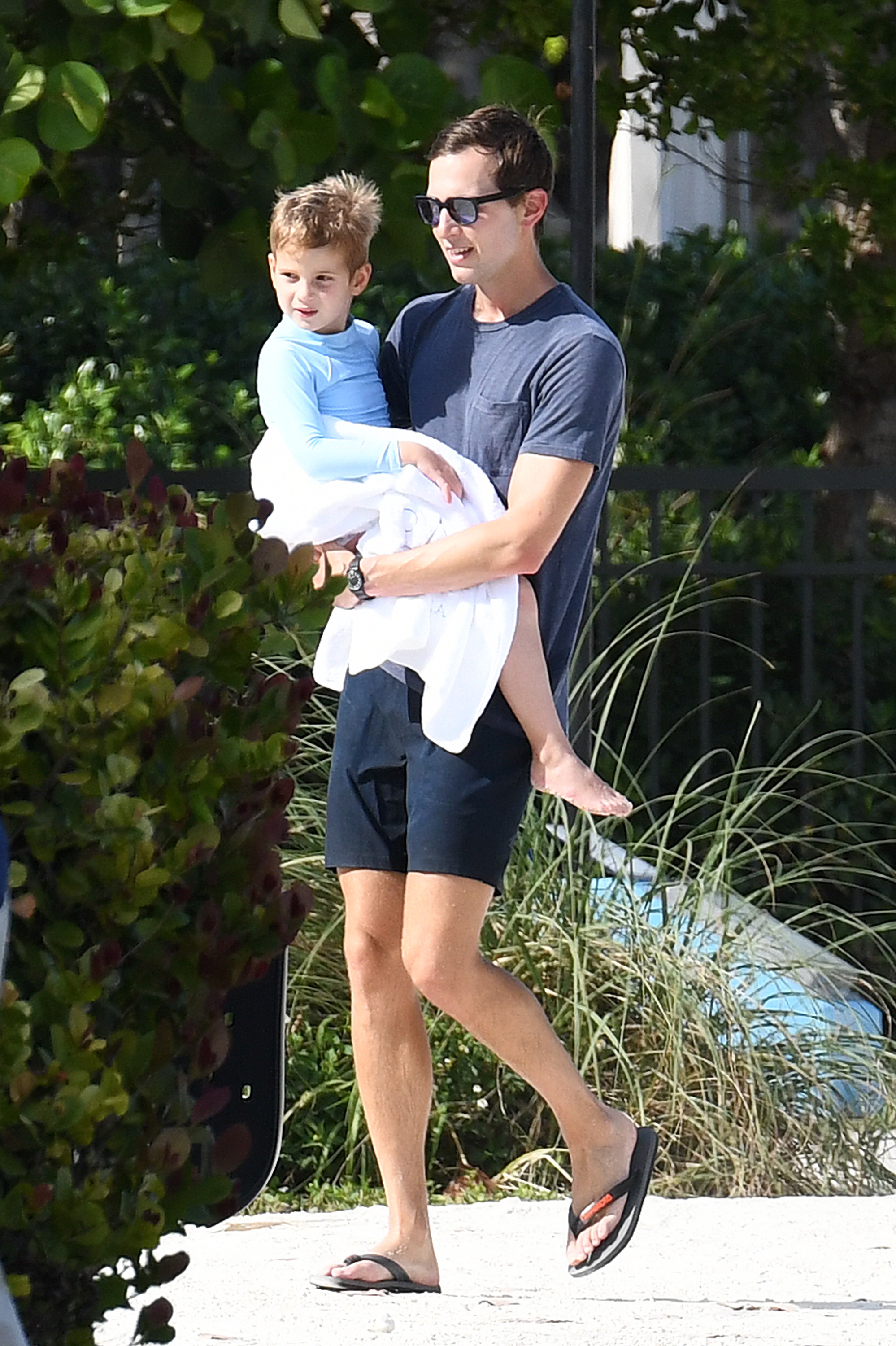 He appeared to be carrying his youngest son, four-year-old Theodore James, as his other son, seven-year-old Joseph Frederick, walked beside him.

Theodore was wearing a wetsuit top and had a towel wrapped around him.

His brother Joseph was wearing swim shorts and carrying his own towel.

Ivanka and Jared share three children together and were also spotted together last month enjoying an airboat ride in the Everglades.

The family of five followed in former President Trump's footsteps and left Washington, DC, for Florida after his election defeat.

They are currently renting a luxury condo at the Arte Surfside in the Sunshine State, just an hour's drive from the Everglades Holiday Park.

They were pictured last month leaving their exclusive Miami condo, which is situated close-by to the land on Indian Creek Island the couple purchased for $32million last year. 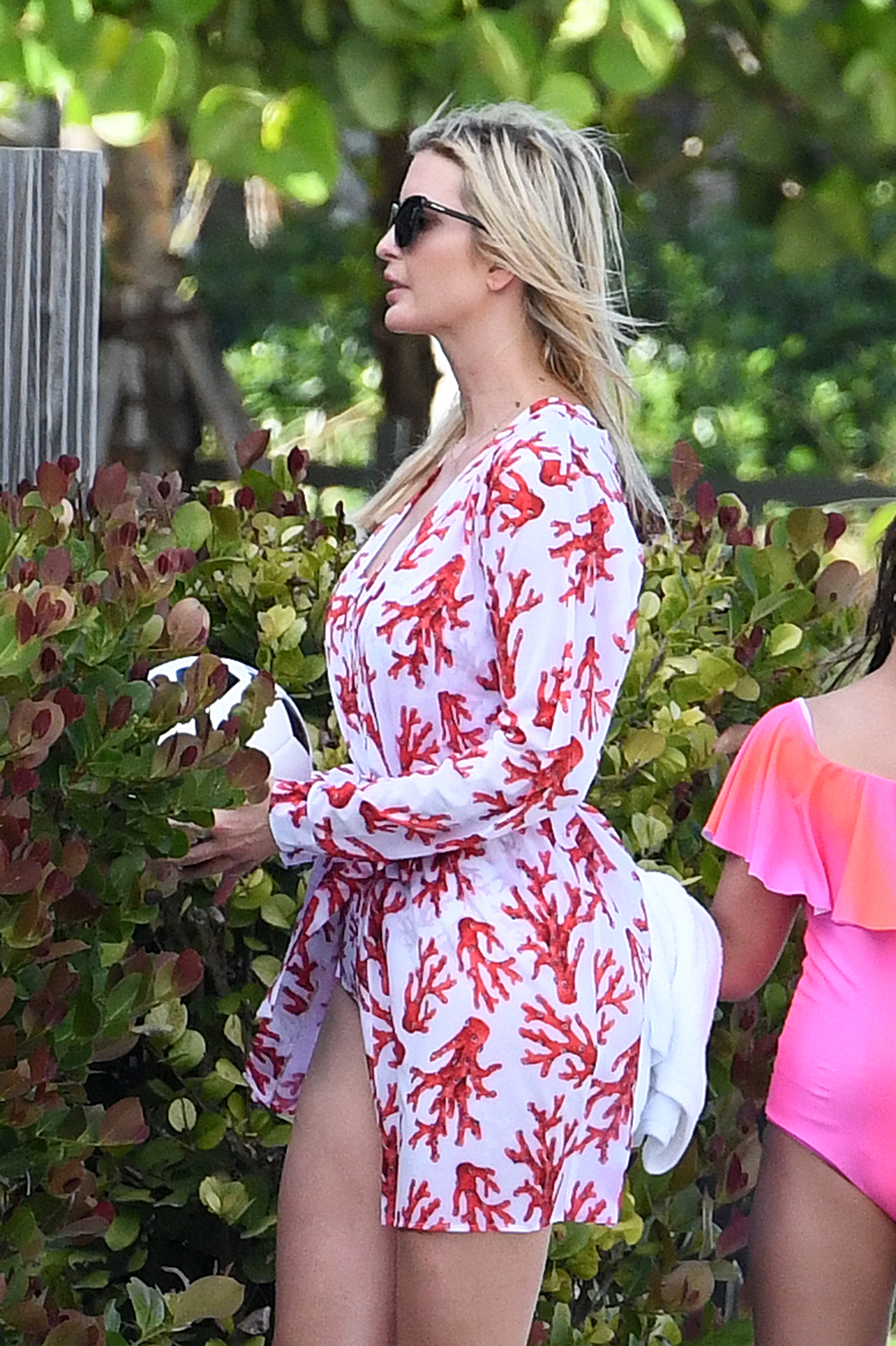 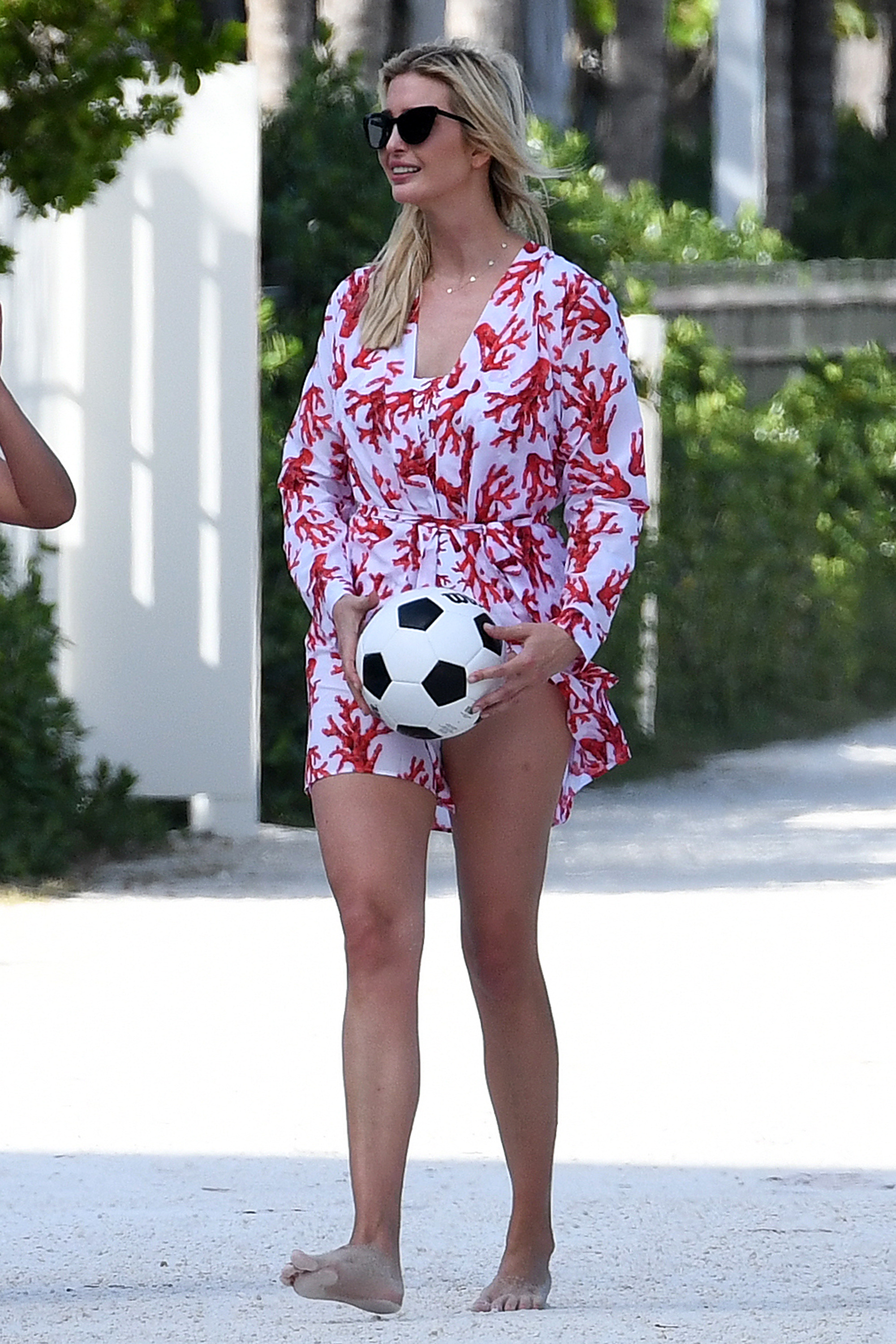 The Kushner family are believed to be using the large, unfurnished unit as a base while they renovate their two-acre plot on the Island.

In early February, they were spotted sunbathing in Miami for the first time since leaving Washington, D.C.

Later in the month, Ivanka, the eldest daughter of former President Trump, appeared to soak up some rays before reading The Book of Joy: Lasting Happiness in a Changing World by 14th Dalai Lama, Desmond Tutu, and Douglas Abrams.

Ivanka and Jared were also photographed taking a sweaty jog in the Miami heat.

And just this weekend, Ivanka teed off with Jared at her dad's Miami golf resort as their two sons practiced their swings.

The couple was spotted hitting some rounds with their kids on Sunday, a day after her Trump was presented with an award from the Alabama GOP, declaring him one of the "greatest" president in US history.

They were captured smiling and holding hands during their family outing.