A Baltimore police officer is on life support after what police are calling an “ambush-style attack” in the early hours of Thursday morning.

Officers from the Southern District responded to reports of a police vehicle crash on the 4400 block of Pennington Avenue and discovered an officer inside who had been shot, Baltimore Police Department Commissioner Michael Harrison said during a Thursday press conference.

The officer’s family is “obviously angry, confused, in search of answers” and expects authorities to “find who did this,” Harrison said. 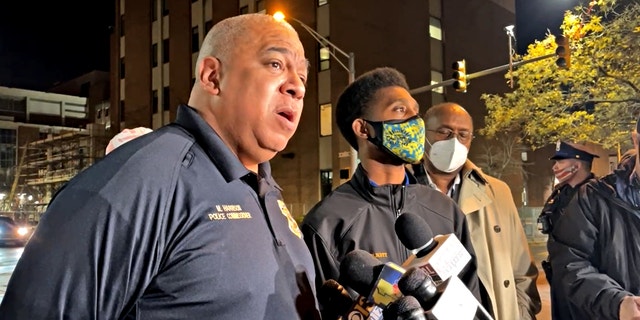 While the officer was on duty but not on call, a suspect walked up to the rear or alongside the vehicle and began firing inside in a “cowardly, brazen act,” striking the officer who was doing his job, he continued.

Authorities believe the officer accelerated from a rested position and crashed after being shot.

The officer was admitted to a nearby hospital around 2:15 a.m. EST with multiple gunshot wounds and remains in critical condition with life-threatening injuries. The officer is on full life support and will also undergo life-saving surgery, according to University of Maryland Medical Center Dr. Thomas Scalea.

Maryland Gov. Larry Hogan described the attack as “ambush-style” in a Thursday tweet.

“This morning, a Baltimore Police officer was shot in a despicable, ambush-style attack in South Baltimore,” he wrote. “We have offered the full resources of the Maryland State Police to assist in the investigation. I ask all Marylanders to keep the officer in your prayers.”

“We all stand here extremely angry. Anger for the police officer that was involved in this cowardly act. Angry for the men and women who stand next to her every single day to risk their lives to keep our city safe. Angry for her family,” City Council President Nick Mosby said Thursday.

“Violence is unacceptable. … There’s been a lot of divisive talk over the past several years around police … but tonight, this is reality. And the reality is that men and women do their best job to put on Baltimore Police Department uniforms and go to protect our citizens.” 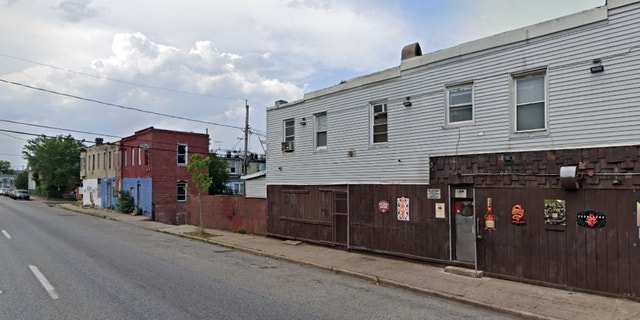 “Whomever committed this heinous act is a coward who must be brought to justice for our officer, the officer’s family and our city,” he said in a Thursday statement. “I have no doubt that our detectives will find those responsible, but we need anyone who has information to come forward and share it with us now. No family should be dealing with this pain, especially during the holidays. As a city, we owe it to our officer to quickly bring those responsible to justice.”

Baltimore has recorded a total of 322 homicides so far this year, according to police data.

The Baltimore PD is asking anyone with information about the incident to contact 1-866-7LOCKUP.