Three flights were diverted from Gatwick Airport on Thursday morning because of IT issues in the air traffic control tower.

A spokesman for the airport said the problems have been resolved but ‘some flights may still experience delays’.

Passengers have been advised to check the status of their flight with their airline.

These included two British Airways arrivals – from Tampa and Antigua – which were diverted to Heathrow, and an easyJet flight from Northern Ireland which was diverted to Luton Airport.

In an updated statement, Gatwick Airport said: ‘Earlier IT issues in the Air Traffic Control tower this morning have been resolved and flights are arriving and departing the airport as normal.

‘Some flights may still experience delays and we advise you to check the status of your flight with your airline.’ 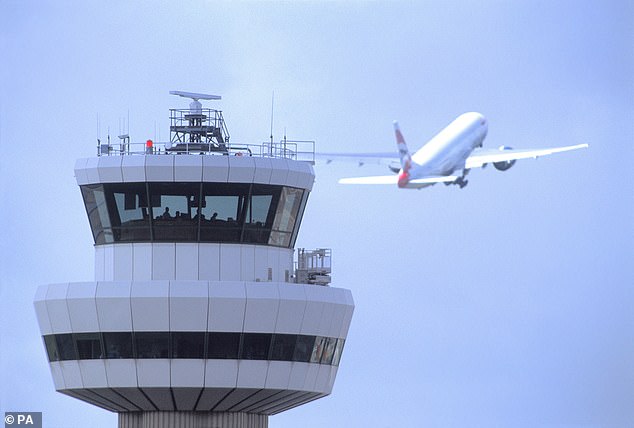 One passenger said his flight had been diverted to Heathrow while his car is parked in Gatwick.

In a tweet, he added: ‘We have a little child. What’s being done? I’m so confused by all this.’

The passenger said he was waiting for the plane to be refuelled to head back to Gatwick.

Another passenger tweeted: ‘You learn a lot about businesses when they deal with problems, and the Comms as we sit at Heathrow having been diverted from Gatwick Airport by British Airways due to it being “closed”, suggests we won’t learn anything positive about either company today.’

A third reported long queues at Gatwick, calling the situation a ‘shambles’.