Contract tracers are working to find missing links in a growing chain of COVID-19 cases in Melbourne’s north as the health department added new exposure sites in Brunswick and Reservoir overnight.

On Monday Chief Health Officer Brett Sutton warned that one of the infected people had been moving around the community with a high viral load.

Epidemiologists said one or more undetected cases could have spread the virus beyond the northern suburbs, but Health Minister Martin Foley did not seek to tighten restrictions on Monday or declare a lockdown.

Confirmation of the new COVID-19 cases – among four family members spread over three households in Melbourne’s outer north – sent thousands of people into isolation on Monday.

Professor Sutton said one of the infected people was “likely to be quite infectious” and warned Melburnians that further exposure sites and more positive cases could be confirmed in coming days.
Stay with us throughout the day for updates on this developing story.

The European Union’s top diplomat in Canberra has urged China to have a “proper discussion” with Australia over its multibillion-dollar trade disputes and left the door open to the EU joining a claim against Beijing at the World Trade Organisation.

The EU’s ambassador to Australia, Michael Pulch, said Europe’s message to China was: “We do have an international system that guides our trade and China should apply these the same way that it expects others to apply them.” 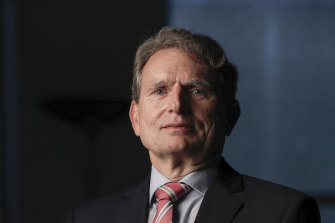 The EU’s Ambassador to Australia, Michael Pulch, says Europe wants China to have a proper discussion with Australia.Credit:Alex Ellinghausen

Over the past year, China has imposed more than $20 billion of tariffs on Australian goods – including beef, barley, wine and lobster – in response to Canberra’s push for an independent inquiry into the coronavirus, as well as other national security decisions.

A $3.2 billion NSW government electricity contract will help foster the spread of renewable energy, including the construction of a large new battery in the state’s Riverina region.

The 10-year contract awarded to Shell Energy and Edify Energy will result in a 100-megawatt battery being built alongside Edify’s Darlington Point Solar Farm, which began operations earlier this year. 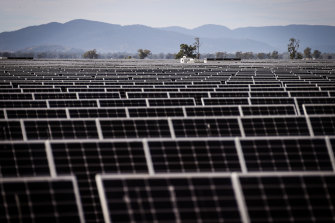 A giant 10-year contract for power from the NSW government will help support renewable energy and a big new battery being built in the Riverina. Credit:David Gray/Bloomberg

That solar plant, with almost 1 million panels, has enough power to supply 115,000 households and avoid more than 150,000 tonnes of carbon-dioxide emissions annually.

This morning’s headlines at a glance

Good morning and thanks for reading our live coverage on Tuesday, May 25. I’m Broede Carmody and I’ll be bringing you today’s biggest news stories as they unfold.

It’s set to be a busy day, with Melbourne bracing for more COVID-19 cases and pressure mounting on NSW’s Labor leader.

In the meantime, here’s what you might have missed overnight: