Home » World News » ‘At the edge of collapse’: The forgotten Australians trapped at ground zero of a global pandemic

Dennis Liu, 7, hasn't been outside to see the sky in five weeks. Scott Guo, 30, is about to run out of his pancreatitis medication. Effie Peng, 38, is too scared to tell her kids she is still trapped in Wuhan.

For 37 days, more than 150 Australian residents and citizens have been in lock-down in Hubei, the centre of the coronavirus outbreak that has killed almost 3000 people and infected 83,400 – 80 per cent of them in the Chinese province.

The Australian government has no intention of rescuing them. 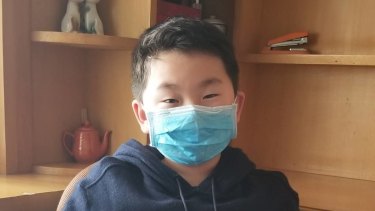 "Luckily, our family preserved some pork and fish," said Min from Xinhua village in Huanggang, which has no open supermarkets, no delivery services and has been completely shut off from other areas in Hubei.

"My son gets diarrhoea often for eating them too frequently as there are no options of other fresh food."

Their supplies are running low. Min's brother was stopped trying to bring more meat into the village because he did not have a pass to get through checkpoints. The village chief intervened and carried the meagre supplies through himself.

For those fortunate to be allowed delivery services, food is dropped inside their compounds. This week Hubei authorities ordered 80,000 tons of flour and rice and 29,000 tons of vegetables to spread across the state. 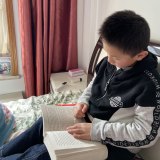 Seven-year-old Dennis Liu from Melbourne is stuck in Wuhan. Credit:

Peng forgot her glasses in her rush to get from Australia to China to attend to her mother's affairs. There are no optometrists open and she has run out of eye drops for her contact lenses. "There is nowhere I can buy them," she says.

"I'm too concerned to tell my kids that I'm in Wuhan. They know I am in China because I told them I was going to Shandong and Shenyang. But I got stranded at the first stop in Wuhan."

Inside their Wuhan apartment, Leo Liu is playing catch with his eight-year-old son Dennis. Isolated from the rest of the world, Liu, his wife Rainy and her parents have been Dennis' only other companions for more than a month. 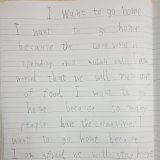 A letter from Dennis LiuCredit:

"He misses his days in Australia, misses the colourful life at Canterbury public school, misses the happy hours with classmates and friends, the freedom to exercise, play tennis, go swimming, and the pleasant moments he played the piano at home," Leo says.

"Now, he is enclosed in such a small and isolated world from which he can't even see the sky."

Dennis practices his English by writing a letter. "I want to go home because I am afraid we will stay here forever," he says.

Mother of two Jin Yasi says she worries about the impact on her primary-school aged kids and what others will think when they return.

"There will be more and more psychological pressure on children and you may feel very uncomfortable after going back to school," she says.

Sydney banker Tim Shen has not seen his son Eason in a month. There are 286 kilometres of police blocks, HAZMAT quarantine vans and temperature checks separating them.

"I miss my friends, I miss my teacher, I want to go back to Australia," Eason says.

The eight-year old was due to start term at Turramurra Public School on Sydney's north-shore in January.

Instead he was trapped in quarantine with his grandmother in Jingmen in central Hubei, while his dad went from hospital to hospital in the capital Wuhan looking for a bed for his wife’s father who had contracted coronavirus.

"My wife and I have full time jobs in Sydney and face pressure from mortgage and keeping a job," says Shen. "We have applied for evacuation twice but were rejected because we're not citizens."

This is the dilemma facing up to a hundred Australian residents stranded in Hubei, trapped along with 50 citizens who could not make it to the airport through roadblocks, did not register or failed to show up to the previous two evacuation flights.

China will not let families of permanent residents who do not have at least one Australian citizen in their group leave the country on an evacuation flight. Allowing them to leave would be seen as a loss of face, an admission that it may not be able to guarantee the safety of its own citizens.

Scott Guo, a 30-year-old English teacher from Sydney is one of them. He only got his permanent residency last year. He battles hyperlipidemia, a disease which can trigger acute pancreatitis – a life threatening condition.

He had planned on being in China for 25 days. He has now been there more than 50 and has almost run out of medication. 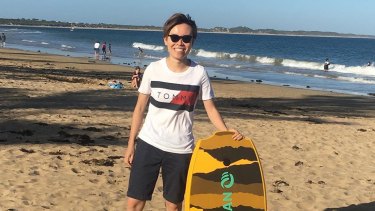 Australian permanent resident Tracy Wang has been stranded in Wuhan for more than a month.

A government spokesman maintains there are no plans to evacuate the remaining Australians.

Organising one evacuation flight was a major diplomatic hurdle, a second was seen as an unexpected success. A third is regarded as all-but impossible, as China ramps up the propaganda to tell citizens it has the increasingly under control as more than 50 million remain under lock down.

"These people should be treated the same as those 702 Australians, 532 from Hubei and 170 from Japan Cruise who have already safely returned home," it says.

Labor's foreign affairs spokeswoman Penny Wong says she has written to Foreign Minister Marise Payne. "What is the Morrison government's plan to help them get to safety?," she says. 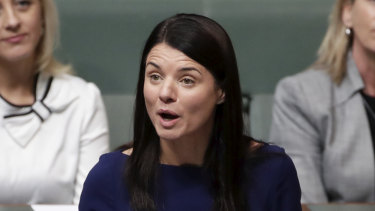 In Melbourne, Liberal MP Gladys Liu, Australia's first Chinese-born MP, says she has been "inundated with messages of thanks" for the government's work in getting Australians out of Wuhan. She declined to comment on the fate of those left behind.

Liberal MP Fiona Martin says she is happy to take up the case of the stranded Australians with ministers. Her Sydney electorate of Reid has one of the largest Chinese populations in the country.

"We will make representations on their behalf," she says.

The former psychologist says feels for the children stuck in the lockdown zone. "There is no doubt it would be difficult for them".