ARMED police stormed a hotel after a man in combat gear and beret dropped a pistol on the floor.

The moustachioed man was heading to reception when the weapon slipped from his pocket. 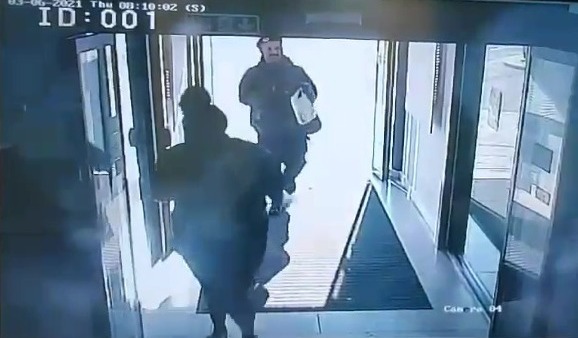 CCTV footage shows him stooping to pick it up before putting it in his pocket.

Video shows them arrive at 9.40am on Thursday.

The gunman was held at the hotel, according to witnesses.

A source said: “The guy had been smoking outside.

“When he came back he dropped a gun onto the floor. It wasn’t a BB gun. 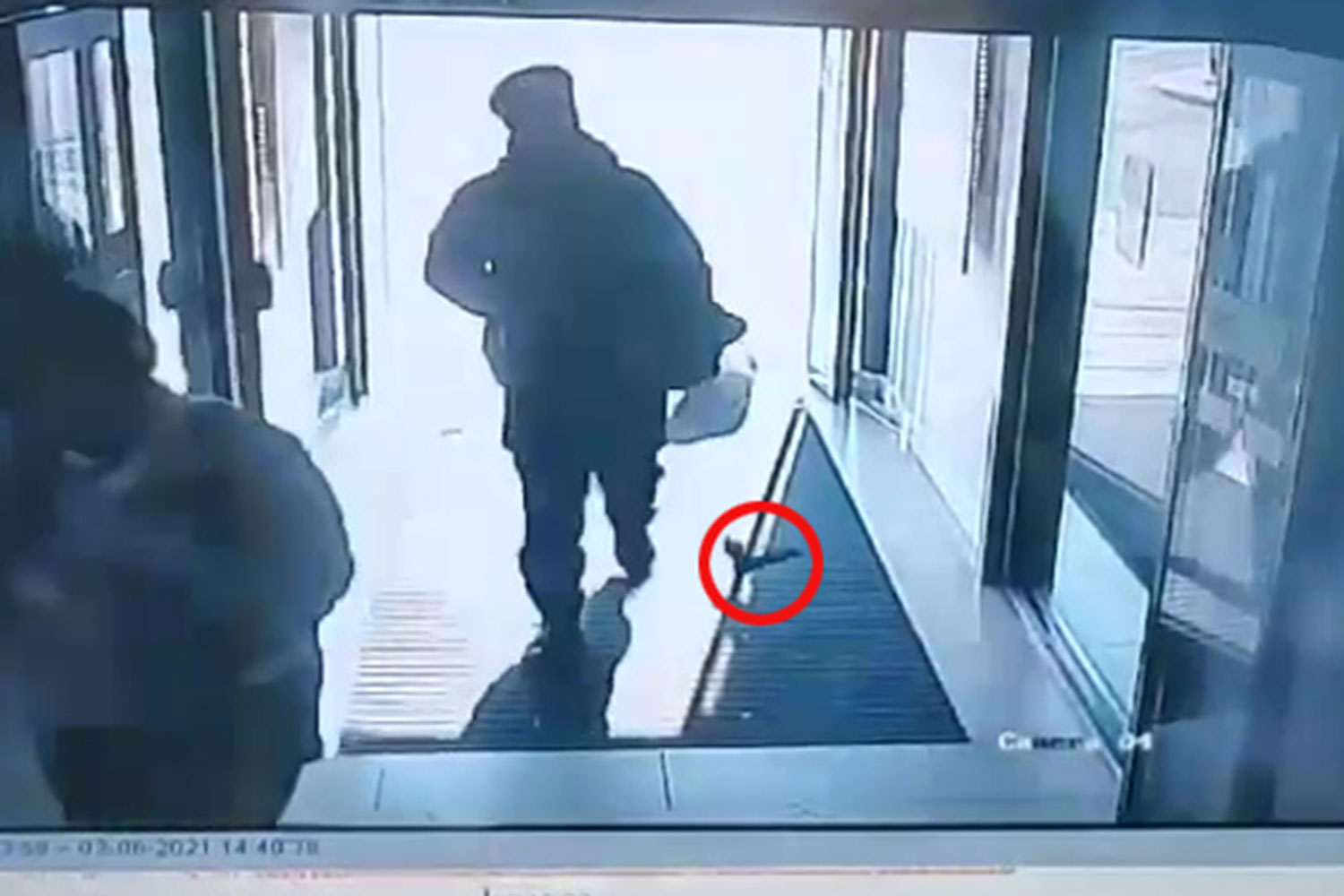 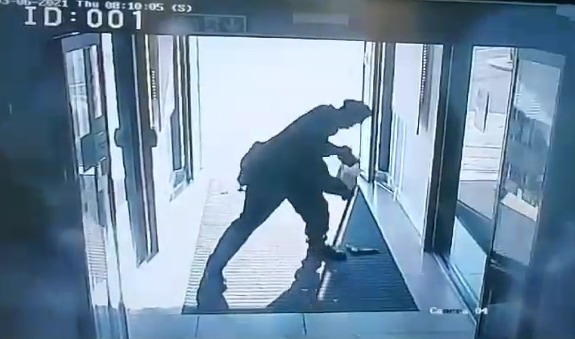 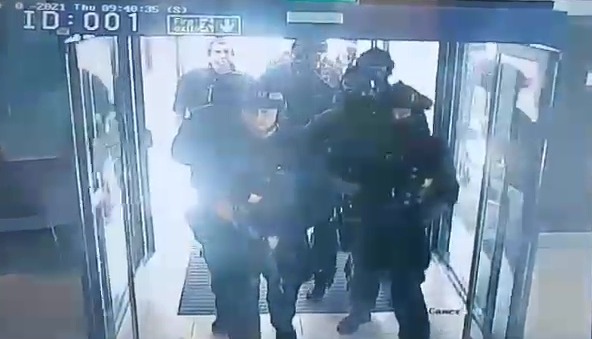 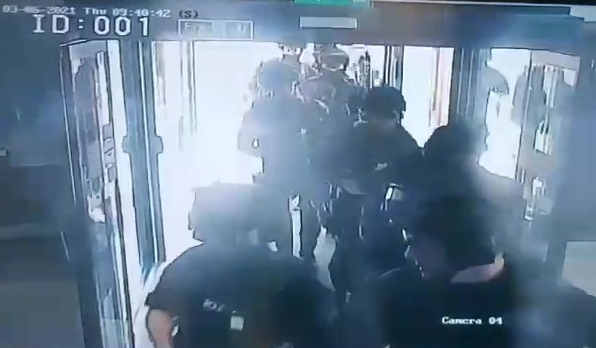 “You can see in the footage it had some real weight to it.

“He grabbed it and put it away like it was nothing before walking away.

“A customer who was there saw it.

“She was so scared. It was very worrying.

“The gun could have gone off at any point. What an earth was going through the man’s head?

“Reception checked the footage then called the police. There were so many armed officers.

“They kept arriving and looked like they meant serious business.” A woman could be seen entering the hotel close to Stratford train station, East London, just moments before the man arrived. 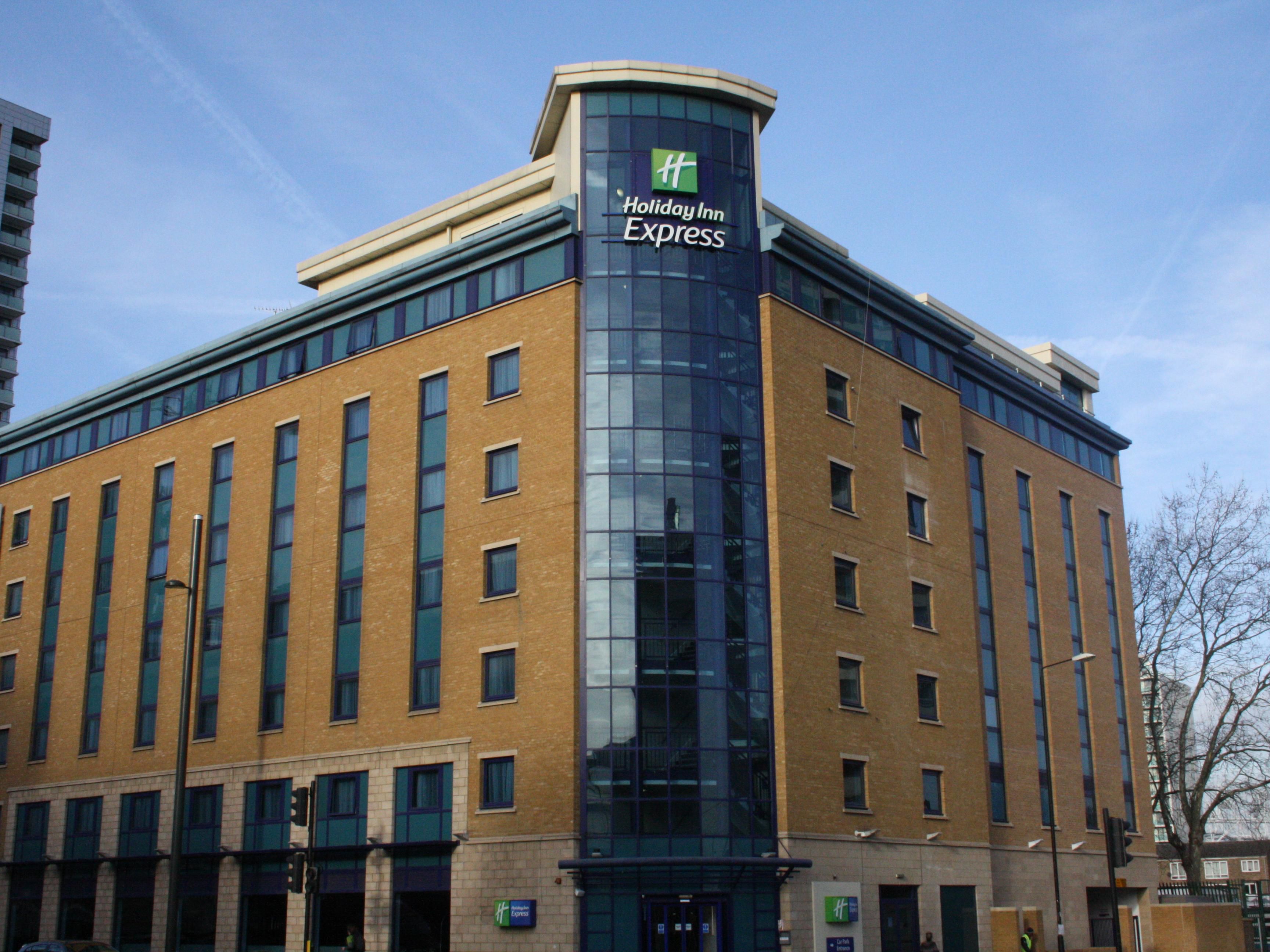 Holiday Inn Express said: “We are unable to comment as this is a police matter.”