The remains of an Arizona State University engineering professor were found in a landfill last week – four months after he went missing, authorities confirmed Friday.

They also announced that two suspects have been extradited to Arizona to face murder and other charges in connection with the death. The suspects were arrested in Louisiana on March 30 after the vehicle they were riding in was determined to be that of the missing professor.

The slain professor was identified as Jun Seok Chae, who was reported missing in March after he failed to show up for a planned Zoom lecture for students, FOX 10 of Phoenix reported.

After several weeks of investigation, authorities with the Maricopa County Sheriff’s Office determined in May that Chae’s remains might be in the Northwest Regional Landfill in Surprise, outside Phoenix. Human remains discovered there July 17 were later determined by the Maricopa County Medical Examiner’s Office to be Chae’s, the station reported.

An average of 15 people worked 10-hour days for 48 days, scouring the landfill in a search for Chae’s remains, at a cost to taxpayers of more than $304,000, the Arizona Republic reported.

Authorities believe the two suspects – identified as Javian Ezell and Gabrielle Austin, both 18 — killed Chae during an armed robbery, placed the body in a trash dumpster, stole his car and traveled to Louisiana, FOX 10 reported. 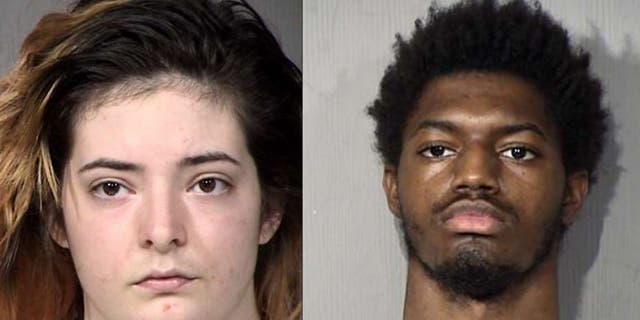 The suspects also face armed robbery and vehicle theft charges, the report said. They were being held on a $1 million bond.

Chae’s absence from the Zoom lecture was considered highly unusual, one student told the station.

Chae joined Arizona State in 2005, working for the School of Electrical, Computer and Energy Engineering, and also for the Center of Technology, Data and Society, according to the report.