The channel five drama, which cast black actress Jodie Turner-Smith in the title role, had sparked debate ahead of its broadcast.

But 43-year-old Fox – who is best known for playing DS James Hathaway in Lewis – also objected to Anne sharing a kiss with Jane Seymour on screen.

He wrote online: ‘Anne Boleyn was a straight white female.

‘Stick that in your diversity pipe. The Diversity agenda is racism. Pure and simple. 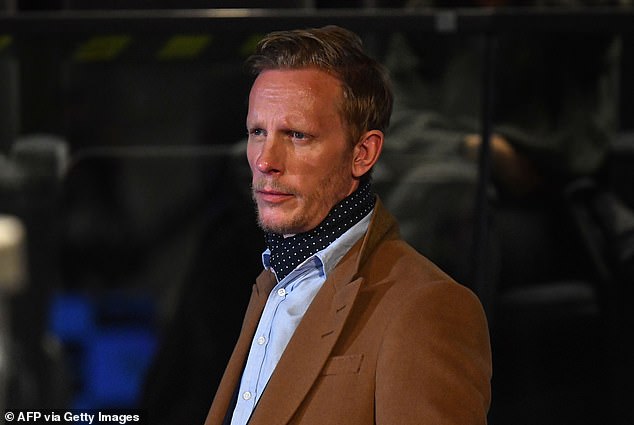 Laurence Fox, an actor himself, said that Anne Boleyn was ‘a straight white female’ 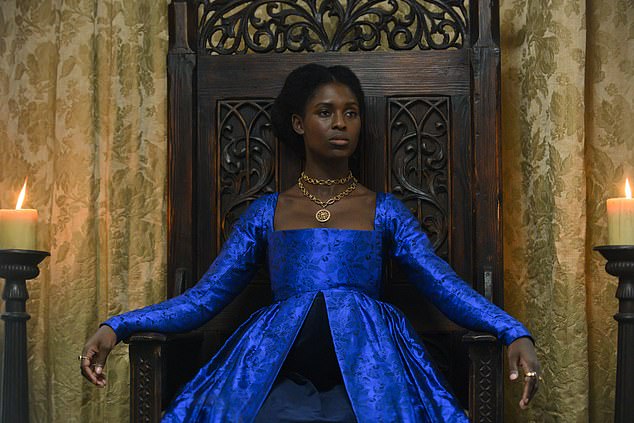 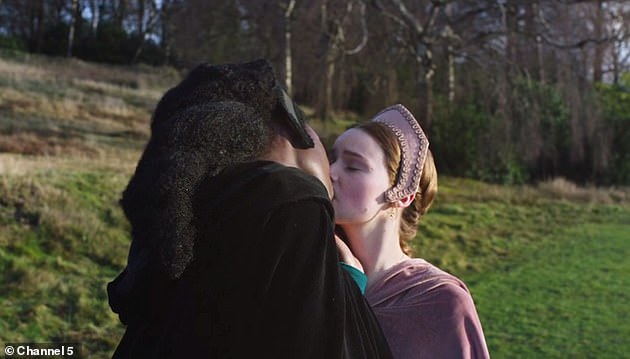 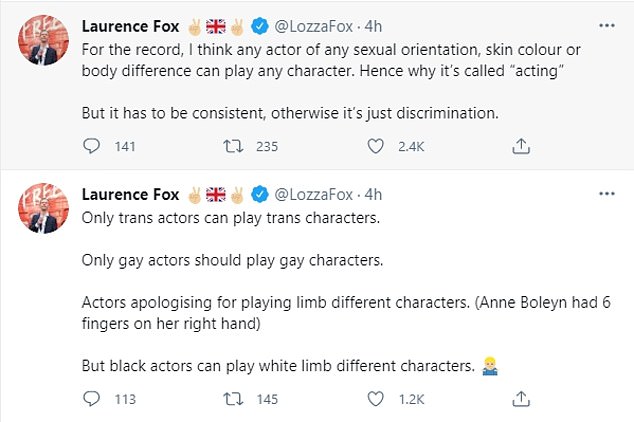 ‘For the record, I think any actor of any sexual orientation, skin colour or body difference can play any character. Hence why it’s called “acting”

‘But it has to be consistent, otherwise it’s just discrimination.’

The three-part drama re-imagines the final months of the doomed queen as she struggles to secure a future for her daughter and to challenge the powerful patriarchy closing in around her.

Many viewers praised Jodie for her ‘brilliant’ portrayal, but some were left ‘unimpressed’ by the ‘historical inaccuracies’ in the script during the first instalment and claimed they were ‘expecting more’ from the show.

One person said: ‘Just watched the new #anneboleyn programme and i’m really not sure yet.

‘There are certain parts I love but certain parts that seem quite out of character. I’ll reserve judgement until i’ve seen it in its entirety but for now..i’m unsure.’ 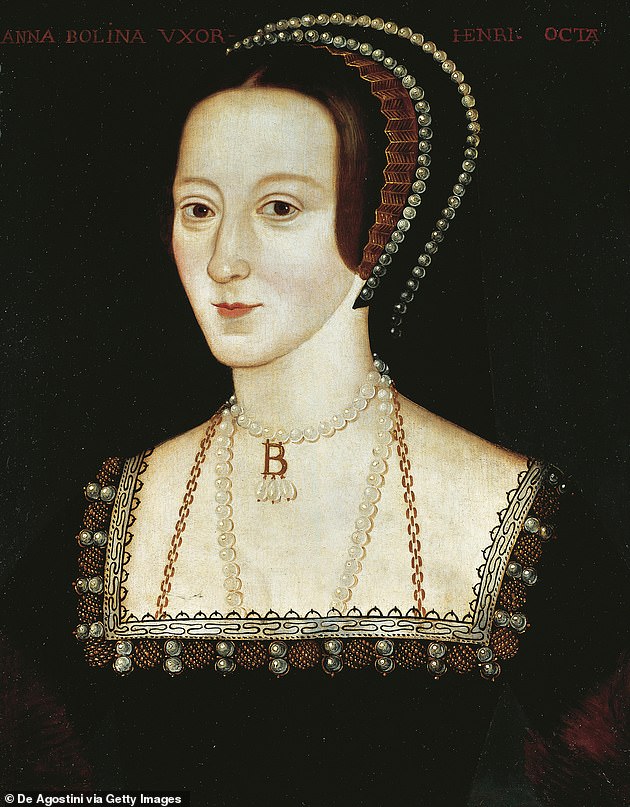 Thoughts: Jodie said while some viewers might find it hard to see her as the doomed second wife of Henry VIII (pictured), she was sure others were ‘finally ready’ to see her in the role 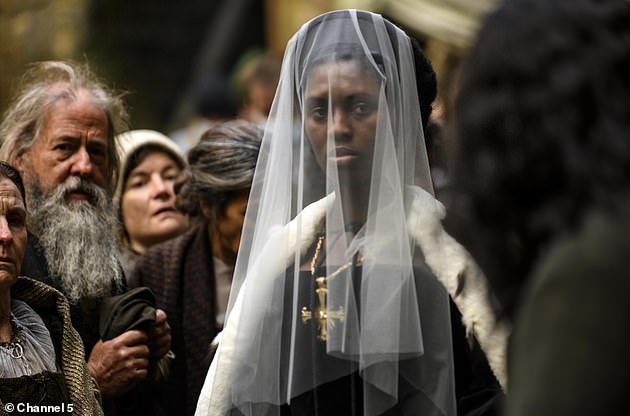 Candid: Jodie said, ‘For a lot of other people who are finally ready to see the world in a different way, they’re going to see that this is a human story we are telling’

A different account put: ‘Really wanted to like this as I’m an avid Tudor era fan…..but after 30 mins I’d had enough. Henry too feeble, the court felt very flat & boring and no depth to the characters. #disappointed #AnneBoleyn.’

The opening instalment also involved racy sex scenes between Anne, played by Jodie, and Henry VIII, played by Mark Stanley, with one moment seeing the doomed queen strangle her husband before putting on a passionate display.

During the first episode, it sees a pregnant Anne blindsided by the realisation that Henry has an eye on one of her ladies, Jane Seymour, who eventually goes on to succeed her as the Queen of England.

Last month, Jodie reflected on being the first black actress to be cast as Anne Boleyn in Channel 5’s three-part drama.

Speaking to Radio Times, The Queen and Slim star admitted that she knew it might be ‘a stretch’ for some viewers to see her as the doomed second wife of Henry VIII, but said she was sure others were ‘finally ready’ to see her in the role.

Jodie is the first black actress to portray Anne, and she follows in the footsteps of Natalie Dormer, Claire Foy and Natalie Portman by playing the historic part.

She told the publication: ‘It’s much more approachable and appealing to a contemporary audience when you cast this way because we are distilling this down to a human experience.

‘If you ask anyone to watch a film or to observe any art, you are asking them to suspend their beliefs.

‘I am aware it’s going to be a stretch for some people because they will feel too distracted by that, but I think for a lot of other people who are finally ready to see the world in a different way, they’re going to see that this is a human story we are telling, and a fascinating one at that.’