Currently the BBC’s media editor, Rajan said he was ‘enormously humbled and thrilled’ to be given the position and will join the programme’s line-up later this spring.

His posting follows the departure of presenter John Humphrys who stood down in 2019 after more than 30 years on the show. 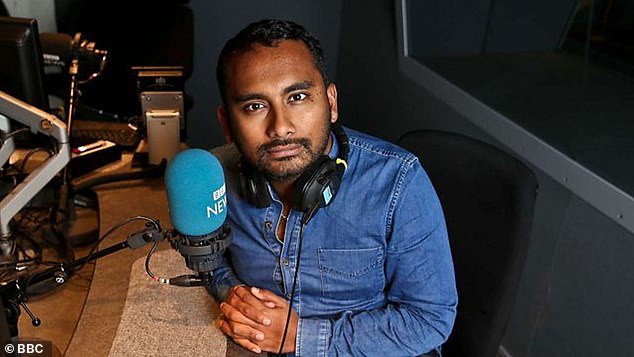 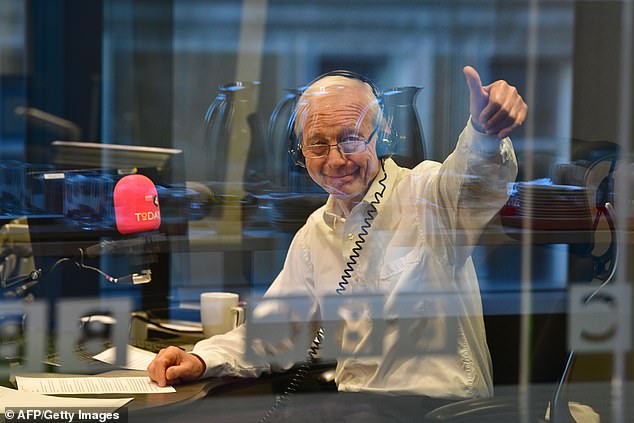 Rajan’s posting follow the departure of John Humphrys (pictured), who stood down in 2019 after more than 30 years on the show

Rajan, who currently heads The Media Show said: ‘The Today programme is one of the most powerful institutions in British journalism and the prevailing winds of our time make its job, and influence, yet more vital.

Amol Rajan launched his media career working on daytime talk show The Wright Stuff, initially as a researcher, around 2006.

He joined The Independent newspaper in 2007 and worked there for several years in various roles, including as a news and sports reporter, columnist and comment editor, before he became editor of the publication in June 2013.

His posting made Fleet Street history as Rajan became the first non-white editor of a mainstream national newspaper.

Rajan was appointed as the BBC’s first Media Editor in November 2016 and he began presenting The Media Show in May 2017.

He has just been announced as the new presenter on BBC Radio 4’s flagship current affairs programme, Today.

‘It has a world-class team, both on and off air, under strong and effective new leadership.

‘My aim is just to do them, and our listeners, proud.

‘I’ve no intention of trying to reinvent news, and think the best thing is to keep it simple.

He said on social media that he was ‘enormously humbled and thrilled’ to join the presenting line-up, adding in his Tweet: ‘Will try to do everyone proud.’

Rajan’s appointment is the latest move in a media career that has spanned both print and broadcast.

Rajan became the first non-white editor of a national newspaper when he was named as the head of The Independent newspaper in 2013.

He has also worked at the BBC as the media editor for the past five years.

Owenna Griffiths was appointed the editor of the Radio 4 programme last year following the departure of Sarah Sands.

Rajan, who will continue as media editor, will also present a new interview series for BBC Two and a two-part royal documentary.

The royal documentary will ‘tell the definitive story of one of the most dramatic periods for a generation’.

In the new interview series, Rajan will carry out ‘in-depth interviews with high-profile global guests who are shaping the way we live today, from tech barons to business leaders to cultural influencers’.

The announcement of Rajan’s new posting invited many messages of congratulations on social media, including from Channel 4 News presenter Krishnan Guru-Murthy

Lauren Laverne also wished Rajan luck in his new role, which he will start later in the spring

A new host will be appointed for The Media Show, the Radio 4 show which Rajan currently presents, and several guest presenters will also be featured in coming months.

BBC director of news Fran Unsworth said: ‘Amol conducts interviews with sharpness and grace, and I’m delighted we’ll be able to showcase that to the widest possible audience across BBC Two and the Today programme.’

Rajan was congratulated on social media after announcing his new post.