Britons enjoying an instant barbecue in the open countryside could be consigned to the past as Waitrose and Aldi announce they have removed their sale in all of their UK supermarkets.

In a bid to protect the nation’s forests and wildlife, the two popular supermarket chains will stop selling disposable barbecues because of their ‘risk to our natural habitat’, which lead to devastating wildfires.

Aldi said the ban would also lead to the removal of approximately 35 tonnes of single-use waste packaging.

The news comes following disastrous fires last summer at Froward Point in Devon, Wareham Forest in Dorset and Darwen Moor in Lancashire, which were all caused by instant barbecues, and killed acres of protected woodland and hundreds of creatures. 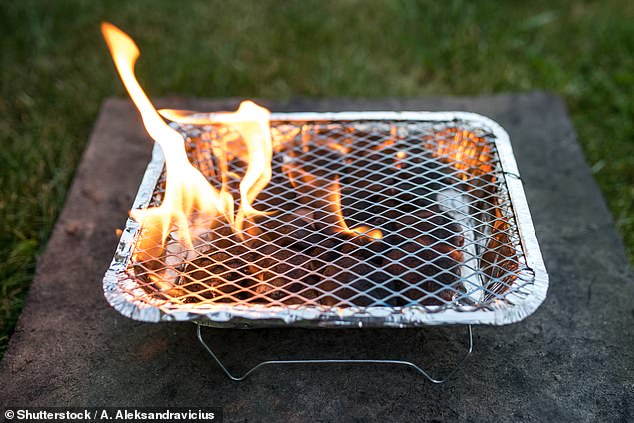 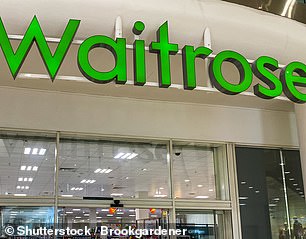 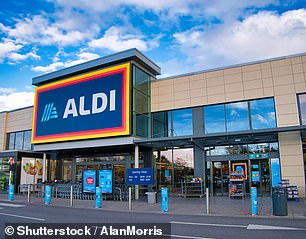 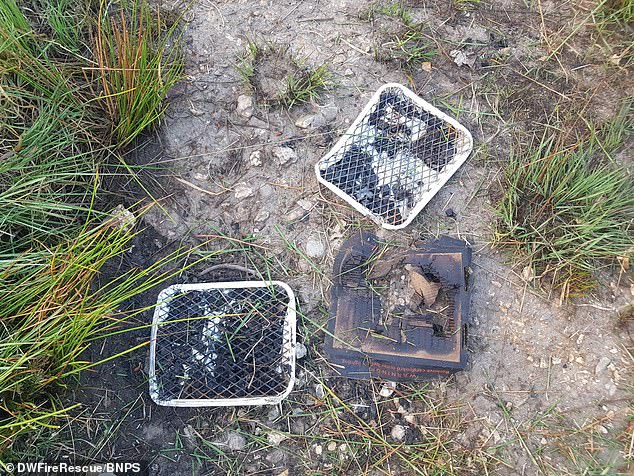 Firefighters discovered two discarded disposable barbecues at the scene of a major fire at Wareham Forest, Dorset in May 2020 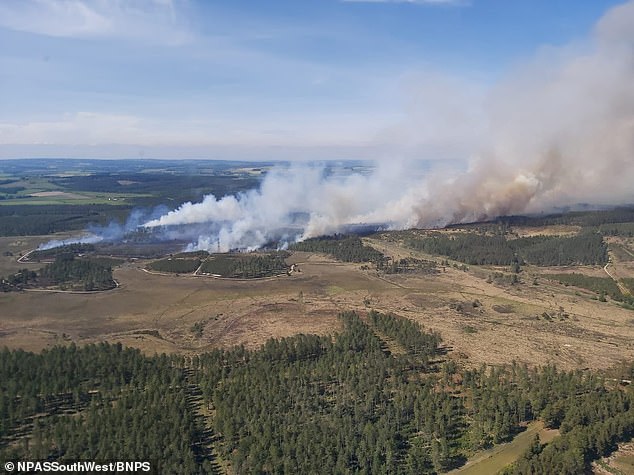 Aldi UK’s corporate responsibility director Liz Fox said: ‘We are committed to reducing our impact on the environment and know that many of our shoppers are increasingly looking to do the same.

‘We hope customers can embrace our latest move and still want them to enjoy their summer picnics and barbecues.

‘As an alternative, we would encourage customers to opt for more environmentally friendly and sustainable options such as mini portable barbecues, ensuring they are used responsibly.’

Amanda Craig, from Natural England, said: ‘We welcome any step that helps people act more responsibly whilst enjoying the countryside, and encourage everyone to follow the Countryside Code when spending time outdoors.

‘This includes only using barbecues in places where signs specify they are permitted to better protect people, property and wildlife.’ 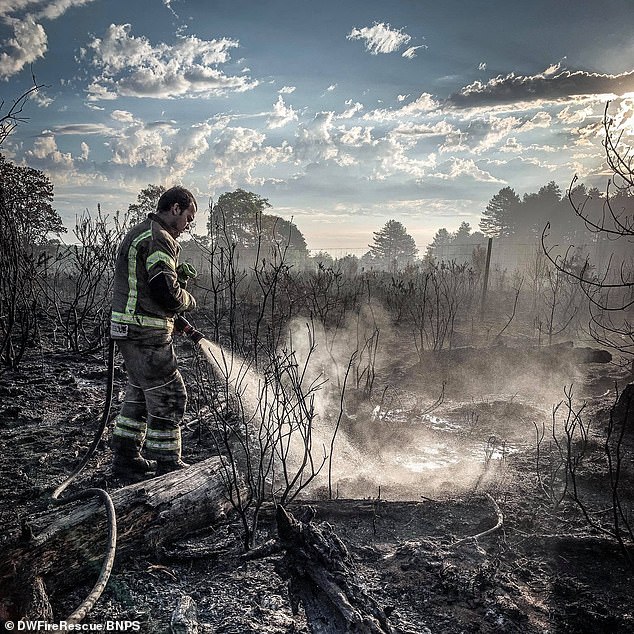 Firefighters remained at the scene for hours – dampening down hotspots to prevent the fire from flaring up again. Forestry England, which manages Wareham Forest, said it could take another 30 years for the habitat to recover 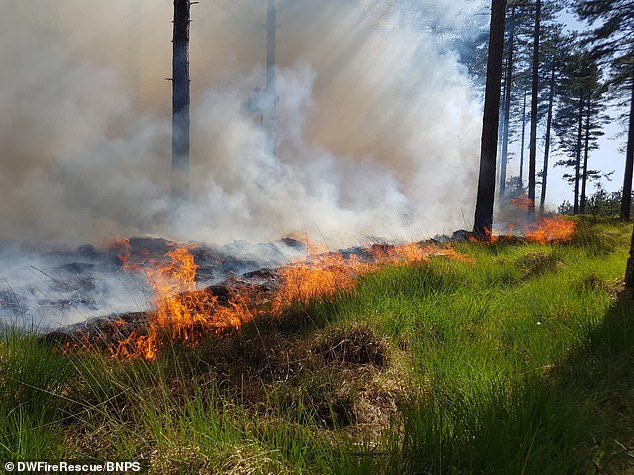 The Co-op announced in June last year that it would no longer sell disposable barbecues in 130 shops situated in or within a one-mile radius of national parks.

The move followed concerns shared by the National Fire Chiefs Council over the number of instant barbecue-related fires, both in outdoor spaces and in the home when used on balconies or too close to garden fences and trees.

Since the Summer of 2020, the New Forest National Park Authority has been calling on retailers around the area in Hampshire to remove disposable barbecues.

It is now declared a complete no BBQ and fire zone and Tory MP Robert Largan is progressing a Private Members’ Bill through Parliament to prohibit the use of disposable barbecues on open moorland and give local authorities the power to prohibit the sale of them in their area.