“The Rock” is getting ready for a comeback.

Alcatraz Island in California, one of the nation’s most popular tourist destinations, is set to reopen next week after being closed for months because of the coronavirus, according to reports.

The site has been closed since December when a stay-at-home order was implemented for five counties in the state, the San Francisco Examiner reported.

“We have been working closely with our public health partners to align our operations with local guidance and provide access to the island for the first time this year,” Laura Joss, general superintendent of the Golden Gate National Recreation Area, said in a statement, according to the Examiner.

“We expect everyone to follow CDC guidance, wear a mask, and give each other space to safely enjoy the experience at this iconic site,” she continued.

“We expect everyone to follow CDC guidance, wear a mask, and give each other space to safely enjoy the experience at this iconic site.” 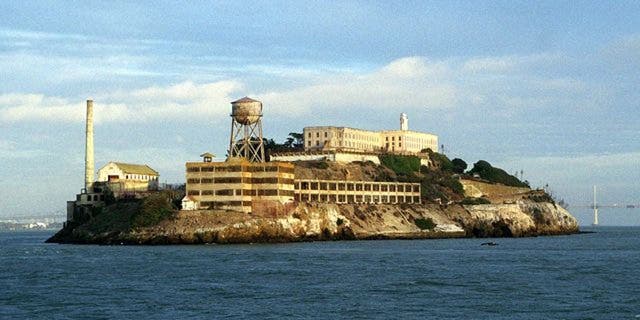 Alcatraz Island in San Francisco Bay, the former site of a prison, will reopen to tourists Monday, according to reports.

Ferries to the island from San Francisco will operate with reduced capacities, while indoor portions of the island visit will be open only to those who sign up for tours, the Examiner reported.

Before the coronavirus struck, Alcatraz would accommodate 5,000 to 6,000 visitors per day during the summer months, the Mercury News of San Jose reported.

With Monday’s reopening, visitors will be limited to 900 per day Fridays through Mondays and 600 per day Tuesdays through Thursdays, according to the newspaper.

The tours would typically include the option of using headphones to listen to recordings of former guards and prisoners sharing their recollections from their time in the prison, the report said.

The island was initially closed March 14, 2020, after the outbreak started, then reopened for outdoors-only tours in August prior to being shut down again in December, the report said.