A former Alabama pastor and convicted child serial rapist sentenced to 15 years in prison has been released after serving more than five and a half years of his term, according to a report.

Mack Charles Andrews Jr., former pastor of United Pentecostal Church in Thomasville, was sentenced in 2015 to 15 years in prison after pleading guilty to multiple counts of rape, sodomy, sexual abuse and attempted rape as part of a plea deal, AL.com reported Friday.

Shay Walker, one of Andrews’ victims, who said she was raped and sexually tortured by her childhood preacher between the ages of 7 and 12, had planned on attending a scheduled November parole hearing to keep the 61-year-old convicted rapist behind bars, but now won’t get the chance, the outlet reported.

“He’s going to do it again,” Walker told AL.com. “It’s not like he touched someone one time. He’s a serial rapist.”

Walker, an actor and filmmaker in New Orleans, told the outlet in 2015 Andrews raped her on her father’s grave when she was just 9 years old and vowed to attack her again if she spoke out.

“He told me if I didn’t say anything, he would come back and put flowers on the grave,” Walker said previously. “If I did, he said demons would come and get me from my bed.”

Walker and some of Andrews’ other eight victims were not notified of his release on May 19, as well as District Attorney Spencer B. Walker, who is not related to Shay Walker, according to the report.

Andrews was sprung from custody after being credited for so-called “good time,” meaning he had no disciplinary infractions in prison following his guilty plea, Spencer Walker said.

“This is another good example of why we need real truth-in-sentencing reform in Alabama,” the district attorney said. “You ought to be able to tell a victim someone is going to serve X number of years and that’s not the way it is. It’s frustrating.”

Andrews was required to register as a sex offender for life as part of his conviction, AL.com reported. His name appeared in the registry as of Monday, noting his last known address in Jackson and his convictions for first-degree rape, second-degree rape, sexual abuse and sodomy. No photo of him was included in the notice.

Walker was credited with 783 days — or more than two years — for the time he spent in the Clarke County Jail prior to sentencing. But even with that taken into account, he only served roughly half of his 15-year sentence, according to the report. 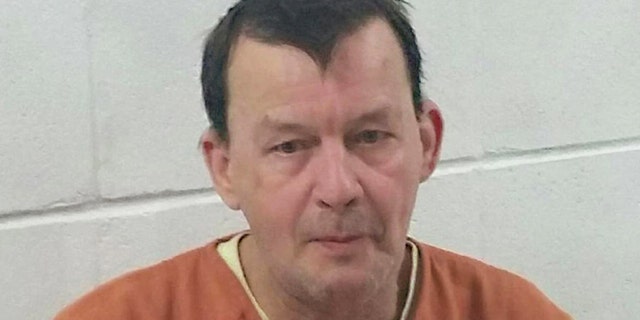 A neighbor of Andrews told Walker she learned of his release from other women who were victimized while attending his south Alabama church. The woman was fearful of letting her kids play outside due to his release, AL.com reported.

Andrews is now planning to move to Texas and start another church, Walker said — although the man’s daughter denied that claim, saying he’s required to stay in Alabama due to his sex offender status in the state.

“These years he’s been in prison, we’ve been able to heal our relationships and work through our trauma,” Andrews’ daughter, Tabitha Skipper, told AL.com. “It took a long time to get there.”

Andrews reportedly submitted a request for his sentence to be reconsidered in January 2020, citing diabetes while saying he should have had “medical attention” before being asked to sign the 2015 plea agreement.

“The stress level the defendant was under, being handcuffed and in a holding cell at such an important decision was beyond extraordinary,” Andrews wrote, AL.com reported.

Police in Thomasville at the time said the charges involved multiple minors in the late 1980s and early 1990s. Walker said he was aware of nine victims in 2015, AL.com reported.

Walker, who pushed back on terms of the plea deal, said Andrews called her from prison months ago and threatened to kill her.

“You don’t understand how evil he is,” Walker told AL.com. “I called the prison and alerted his caseworker. They still let him out.”

Skipper, meanwhile, denied Walker’s claim, saying her father was in maximum security at the time and would’ve called relatives instead.

A message seeking additional comment from Spencer Walker was not immediately returned Monday.