IT’S bark the herald angels sing for these three dogs as they recreate the nativity scene.

Heidi Birchall, 54, used treats to get Diesel, six, Scruff, eight, and Benji, five, to pose as three wise mutts around a pottery pup in a manger. 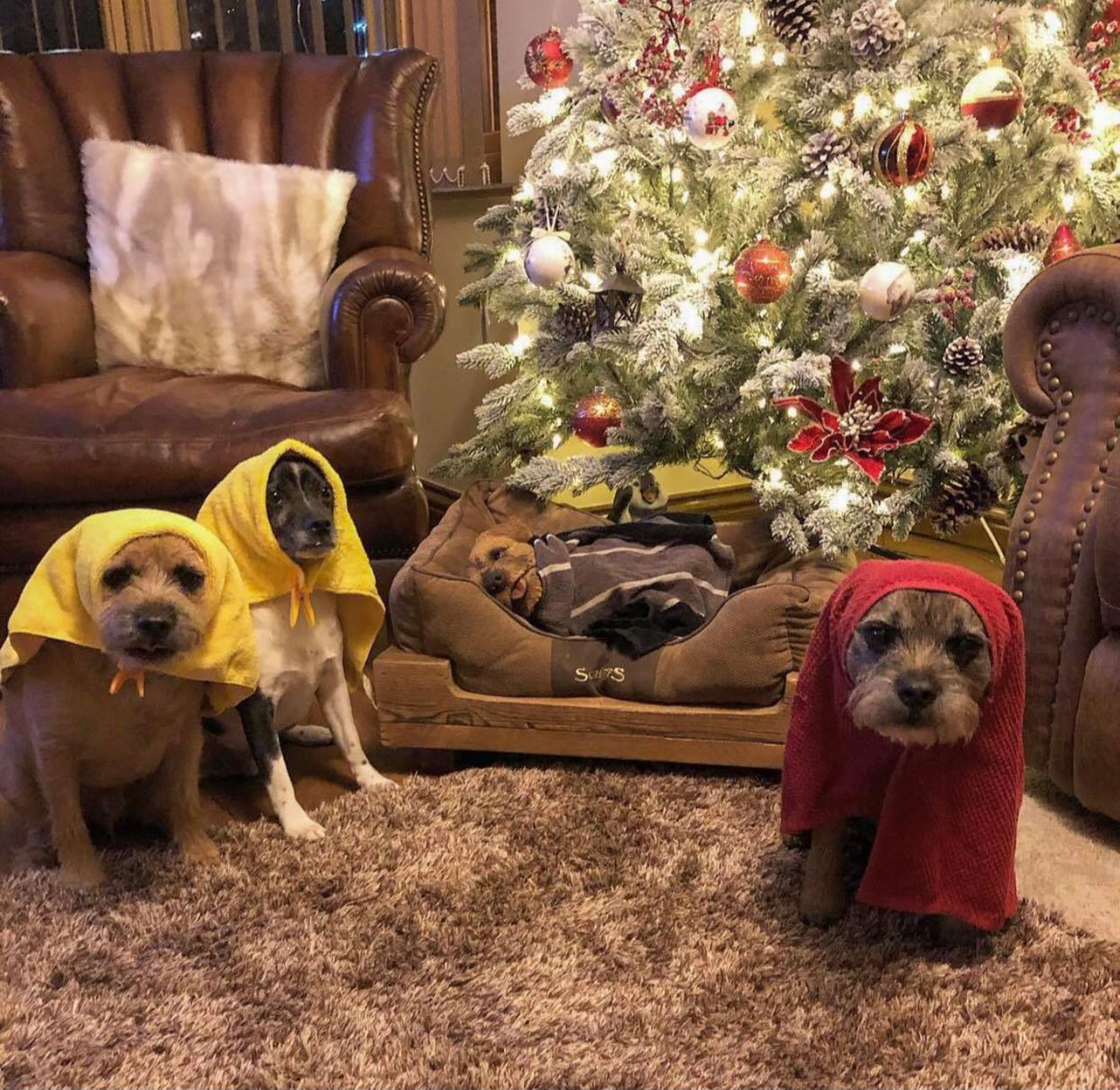 “It was just a spur of the moment idea that turned out really well and hopefully it’ll make people smile.”

“They are well behaved because they’re used to me taking photos and messing about with them and they expect their treats at the end.

“There are a lot of outtakes, but it only really took about ten minutes to get them sitting still and looking at the camera at the same time.

“I just came up with the idea because its Christmas, to put tea towels on their heads.

“I was hoping to use them as Christmas cards.

“I just took a few shots and hoped for the best.

“It is difficult getting the camera ready because you take your eye off the ball with the dogs.” 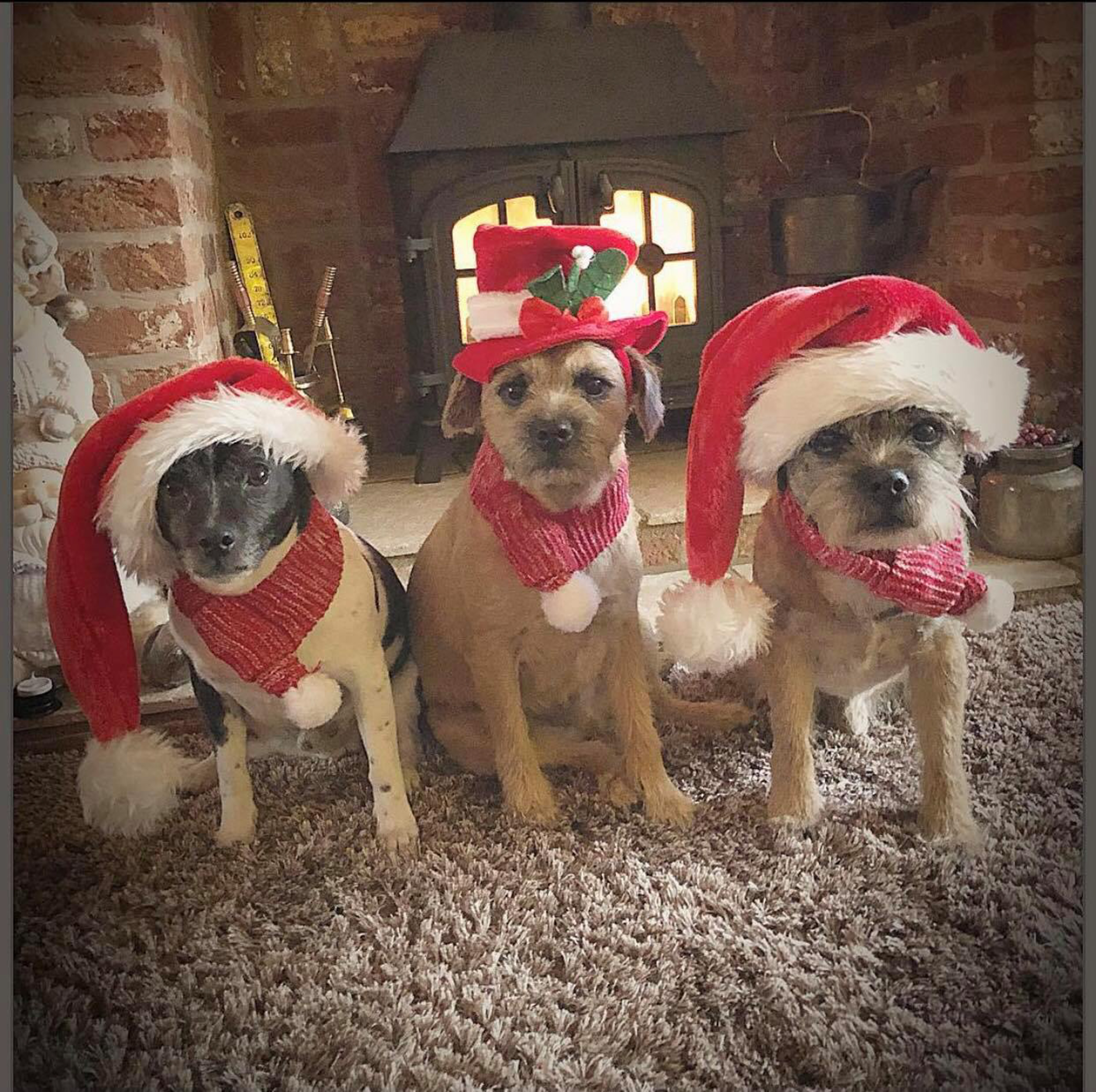 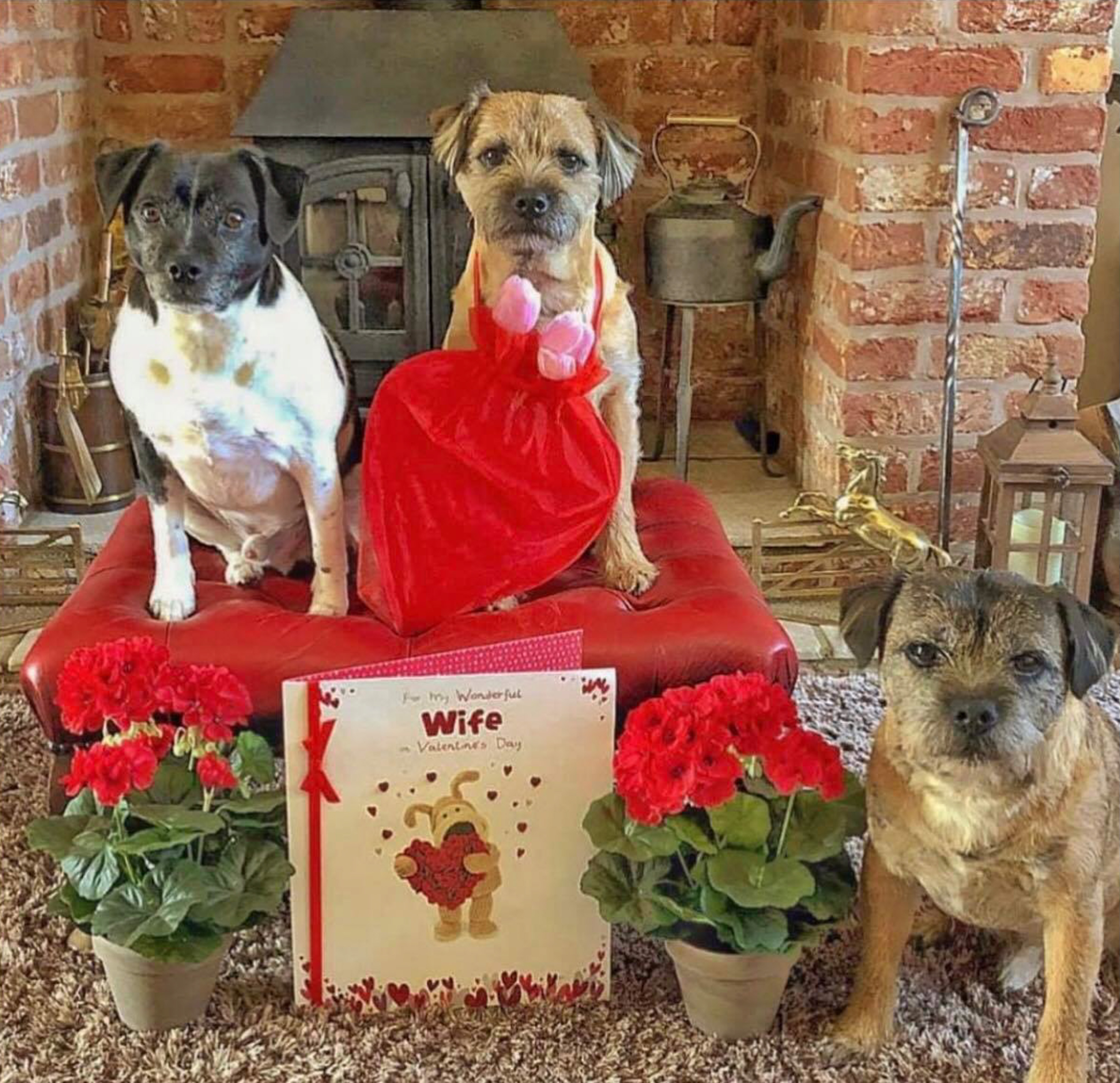