World powers and Iran failed after a sixth round of negotiations in Vienna to revive a nuclear deal that would lift US sanctions on the oil-rich Islamic Republic in exchange for it scaling back its atomic activities.

A day after hard-line cleric Ebrahim Raisi was declared the winner of Iran’s presidential election, diplomats adjourned their sixth round of meetings with significant gaps remaining to mend the six-year-old accord. 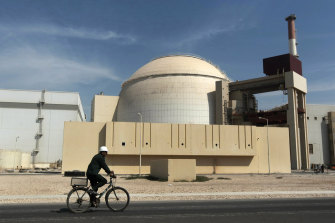 The breakdown in talks coincided with confirmation that Iran’s only nuclear power plant had undergone an unexplained emergency shutdown.

An official from the state electric energy company, Gholamali Rakhshanimehr, told Iranian state television that the Bushehr plant shutdown began on Saturday and would last for three to four days.

He said that power outages could result. It is the first time Iran has reported an emergency shutdown of the plant, located in the southern port city of Bushehr.

In March, nuclear official Mahmoud Jafari said the plant could stop working since Iran cannot procure parts and equipment for it from Russia due to banking sanctions imposed by the US.

Negotiations have been ongoing since April to work out how Iran and the US can both return to compliance with the nuclear pact, which Washington abandoned in 2018 under President Donald Trump, and Iran subsequently violated. 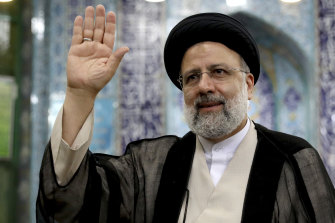 It’s the third time since talks began in April that negotiators have missed self-imposed deadlines to rejuvenate the agreement.

“How many mistakes can I make? I don’t know,” said European Union deputy foreign policy chief Enrique Mora, who twice predicted the next round of talks would be the last.

“My expectation is that in the next round, delegations will come back from capitals with clearer instructions, clearer ideas to finally close the deal.”

While Raisi’s win isn’t expected to derail efforts to return the US to the accord, Tehran’s change in administration has complicated diplomacy. The Persian Gulf nation’s President-elect is himself subject to sanctions imposed by the Trump administration in 2019, and Iran insists they must be removed as part of an agreement to revive the pact.

US national security adviser Jake Sullivan said the White House expected Supreme Leader Ayatollah Ali Khamenei to ultimately make the decision on whether Iran returns to compliance with the accord. The US retains the option of imposing sanctions, he said in an interview on Fox News Sunday.

“Whether the president is person A or person B is less relevant than whether their entire system is prepared to make verifiable commitments to constrain their nuclear program,” Sullivan said in a separate interview on ABC’s This Week.

Failure to clinch a deal means that the focus shifts to June 24, when a temporary monitoring pact expires with International Atomic Energy Agency (IAEA) inspectors.

Iran and IAEA director-general Rafael Mariano Grossi are already in talks and the agreement is expected to be extended, Mora said.

A resuscitated accord would lift sanctions on Iran’s struggling economy and allow it to return to global oil markets, in return for limiting its contentious nuclear work.

“We have made progress in a number of technical issues,” Mora said. “We have more clarity in technical documents, some of them quite complex” but there is a “delicate balance” that has yet to be stabilised, he said.

Sanctions on Iran’s energy sector and a US ban on purchases of its oil have cost its economy more than $US100 billion in the three years since Washington withdrew from the agreement, the Islamic Republic’s Oil Minister, Bijan Namdar Zanganeh, said on Sunday.

Negotiators had originally sought to seal a deal before Friday’s election, but now want to ensure work is concluded before outgoing President Hassan Rouhani hands power to Raisi in August.

The feud over the agreement, which also includes China, France, Germany, Russia and the UK, has inflamed tensions with Israel and resulted in Tehran t enriching uranium near the level required for a bomb.

“The election of a hard-liner delays the expectation of a rapid return of Iranian oil to the market,” Sara Vakhshouri, president of SVB Energy International, said on Sunday.

Ultraconservative judiciary chief Raisi, who is hostile toward the West, has said he would preserve the nuclear deal that Rouhani helped seal and has suggested he doesn’t want to make it Iran’s central foreign policy concern.

In comments on Saturday after results showed him on course to win the election, he suggested he would work for continuity with Rouhani’s team.

Iran’s policy toward the agreement is ultimately decided by the Supreme Leader. Raisi – who was sanctioned in 2019 by the Trump administration over his role in a deadly 2009 crackdown on protesters alleging vote fraud – is seen as a favourite to eventually become supreme leader.

Naftali Bennett, sworn in as Israel’s Prime Minister a week ago, said earlier on Sunday that Raisi’s election was “a sign for world powers to wake up,” and understand “what kind of regime they are choosing to strengthen” by considering a return to the nuclear agreement.

“He is a man notorious among the Iranian people and around the world for his role in death committees that have executed opponents of the regime,” Bennett said in a statement.