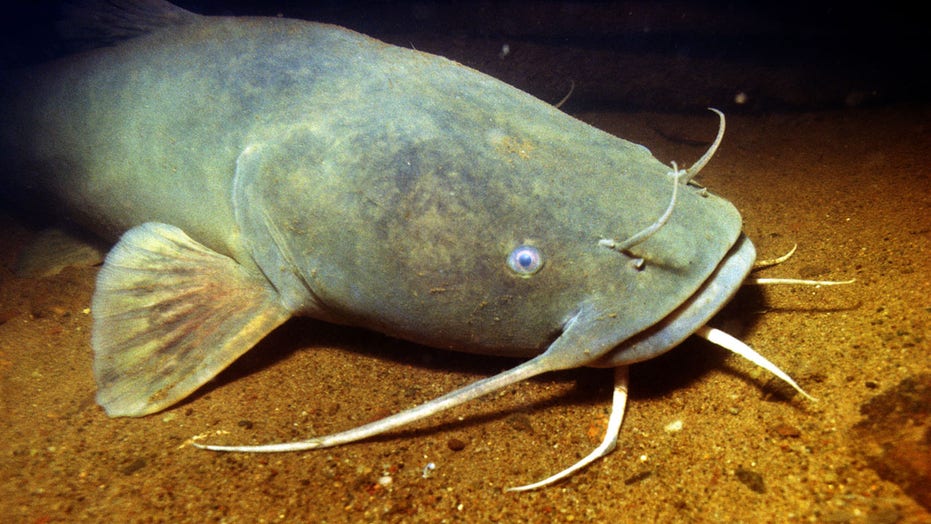 That fish is bigger than the kid that caught it.

It’s always impressive when an angler reels in a big fish. It’s even more impressive, however, when that angler is only 7-years-old and the fish weighs more than he does.

Autry Hogan, a 7-year-old Tennessee, reeled in an 83-pound catfish while fishing in Cumberland City with his brother, father and grandfather, Clarksville Now reports. While the fish isn’t a record, it reportedly weighed within two pounds of the state’s official record for catfish at 85 pounds.

Hogan reportedly saved up his allowance to buy a new fishing rod for the trip. According to his father, this was the first fish he caught with his new rod.

The excited young angler hopes to one day break the record. Meanwhile, his father says that he eventually set his impressive catch back into the water.

This is just the latest instance of an angler releasing an impressive fish back into the water.

As Fox News previously reported, a New York man may have caught a record-breaking fish. Unfortunately, due to current season regulations, he had to release the bass back into the water before it could be officially scored.

John Firstiun caught a giant largemouth bass while fishing with his son and some friends last weekend in Albany County. According to his initial measurements and the fish’s estimated weight, it could have been a record-breaker.

Unfortunately, as it is currently catch and release season for bass in the Empire State, Firstiun was forced to release it back into the water. According to the outlet, the current record in New York for largemouth bass (freshwater) was set in 1986 for a fish that measured 25.5-inches long and weighed 11.4 pounds.